Recently, an Iranian death row prisoner filed for an application to delay his punishment of mandatory death until the Malaysian government is done with amending the Dangerous Drugs Act 1952, specifically the part that spells out mandatory death for drug traffickers. His lawyer, Ramkarpal Singh, had stated that the Iranian would be prejudiced if the punishment was carried out before the amendment happens, as generally death is irreversible for humans.

“Hamidreza (the Iranian) wants the court to allow the application as he will lose an opportunity to substitute the death sentence if Parliament approves amendments to the law,” – Ramkarpal Singh, Bukit Gelugor MP, for FMT.

As of 2015, Malaysia is still among the 58 countries that still practice the death penalty. It’s been reported in 2011 that more than 440 people had been hanged since 1960. Presently, more than 1,100 offenders are currently still on death row, and only 16 inmates have been executed since the year 2014, 15 out of the 16 were for drug related offenses.

Just recently, a press release from the Malaysian bar have called for the gomen to halt all pending executions and to revise the Dangerous Drugs Act 1952 to deliberate for a removal of the mandatory death penalty.

“Given the imminent amendments to the Dangerous Drugs Act 1952, the Malaysian Bar renews our call to the government to officially declare and implement a moratorium (temporary prohibition) on all pending executions,” – George Varughese, Malaysian Bar President, as quoted by Asian Correspondent.

So is this pause on the execution an attempt to abolish the punishment as a whole? We’ll take a look at what possibly started it and how it’ll affect us. Btw, we only hang people to death in Malaysia. No beheading or firing squad, we aren’t in an episode of Game of Thrones also, that’d be awful ways to die.

Right now, there are a few offenses that’ll allow the court to charge you with the death penalty, 12 that are mandatory and 20 other discretionary punishments. Among them are treason (declaration of war or insults against Sultans), discharge or certain possession of firearms with intent to kill, kidnapping, drug trafficking, military and terrorism offenses etc.

Even if the crime doesn’t result in death, the imposition of the death penalty may still be an option, depending on the severity of the crime lah of course. But because of the complexity of legal processes and appeals, these aren’t absolute conditions.

“I believe most people do not even know what the penalties are for various crimes except for drug trafficking as that is well-publicised” – Baru Bian, Kuching State PKR Chairman, as quoted by The Borneo Post.

There are various legal appeals that could be made to lessen the harshness of being executed, since all possible appeals have to be exhausted only then the execution can be carried out. The whole process is so long, and it’s possible the inmates just die of natural causes in their prisons you know.

The irony man… Sentenced to death but died waiting for it. Should it be normal for Malaysians to practice the death penalty?

Of course the death row inmates shouldn’t be the only ones concerned if this changes. Obviously it’s going to affect all Malaysians as well.

Walao, Malaysians actually like to punish people ar? Are we this ganas because ‘stereotypically’ we have stricter parents when we grow up, therefore prefer harsher punishments? Despite how Malaysians see the necessity of the penalty, there’re still many who support its abolishment for their own reasons. An international organisation called Amnesty is among those who supports the abolishment, by constantly posting updates about death row inmate’s approaching execution. With various reasons, Amnesty claims that it’s cruel because the penalty violates the right to live, and ultimately one of the most inhumane and degrading punishment known in this decade.

Another concerning thing would probably be the crime rate kan? Was it ever a deterrent for crimes in the country? According to empirical studies reported by International Centre for Law and legal Studies (I-CeLLs), the death penalty in Malaysia hasn’t had any deteriorating effects on crime. As a matter of fact, Canada saw a 44% decrease in murder cases since abolishing the penalty. Without the effect that the penalty hopes to create, will we ever still need around?

Even the Malaysian Bar claimed that the penalty is “an extreme, abhorrent and inhumane punishment, irrespective of the crime committed” while announcing the halt. While the gomen is still deliberating on the matter, we can’t simply assume anything yet.

So, why is the death penalty suddenly being halted? 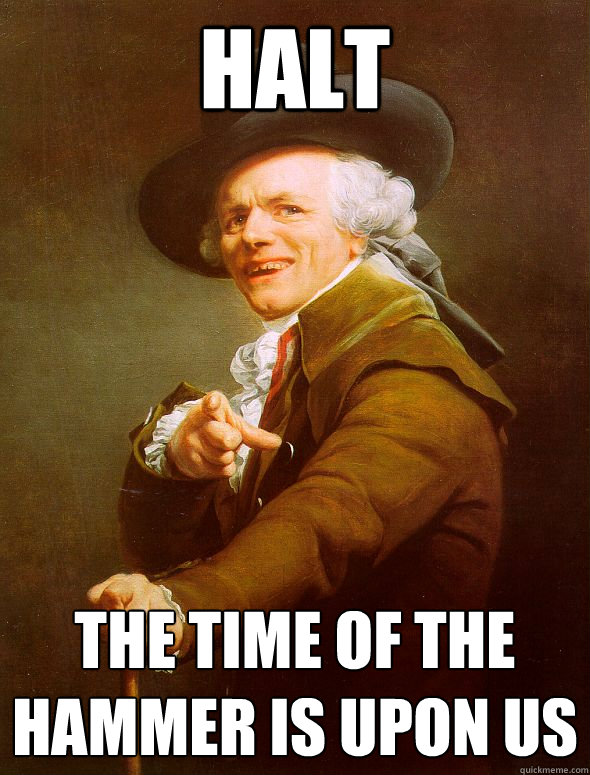 The statements given by the Malaysian Bar claims the main purpose of the halt was because they wanted to give more discretionary power for judges to decide the sentences, especially for drug trafficking. With the mandatory death sentence, the judges aren’t able to consider the mitigating (less severe) factors that surround an offenders case, like their age, intention to rehabilitate, past criminal records, mental capacity, severity of harm done, and whether or not they were unknowingly ‘muled’ (courier or smuggler for drugs).

It’s quite understandable also lah. When these crimes are given a mandatory death sentence, why would the judge need to deliberate on what other punishment to give. Gonna get hanged already still want to fine the fella meh?

Maybe this case had something to do with the halt. Just almost 2 weeks before the announcement of halting the death penalty, the Malaysian authorities broke international rules regarding a death penalty case. While their appeal for clemency (an appeal for pardon/postpone of penalty), brothers Rames Batumalai and Suthar Batumalai, who were convicted of murder back in 2006, were executed before their clemency application was even heard. “It is simply cruel that the family of the prisoners … find out with less than 24 hours’ notice that they were given wrong information about the date of the execution. With the clemency appeal still pending, the brothers were denied of their opportunity to have their case reconsidered and have their clemency applications heard,” – Shamini Darshni, Amnesty International Malaysia

According to the International Bar Association, if certain conditions are met, the execution cannot be carried out. In this case, a fair trial hasn’t been granted for the brothers.

And with that, it seems that Malaysia broke the International Law, but is the UN (United Nations) gonna punish us? Well, if they receive a complaint about it, they certainly can carry out an investigation regarding the issue and maybe help the country improve on it’s laws about human rights. But the thing is, they need the country’s consent to investigate.

“In the interest of justice and fairness, no executions should be carried out when reforms are in progress.  It is only right that when the reforms come into effect, they should be applied retrospectively.” – George Varughese, President of Malaysian Bar.

But if it is abolished kan, what does it mean for those who are next in line for hanging? Do they get re-trialed or re-sentenced to prison? Some countries who abolished the penalty, move the inmates to prisons but impose stricter regulations about interaction with other inmates. Others only apply the ban only for future sentences, meaning those who have been imposed with the penalty will still be executed. But, if the gomen is going to abolish this penalty, any of these solutions may happen. In the mean time, we’ll just have to wait and see.

Yes, we want to see justice done to these offenders, but at the same time, we look to give proper punishments that are equally severe compared to their crimes. The worst thing we can do is sentence someone innocent to the gallows, without a chance for a re-trial or being exonerated (clearing a suspect from all charges). Like what if suddenly there’s new evidence suggesting the death row inmate is innocent? Which actually isn’t an uncommon thing to happen. Because a study showed that more than 4% of death row inmates in the US are actually innocent.

As complicated as it sounds, it looks like this form of punishment will continue to be debated for decades to come. Coz even movies also depict these punishments through death so often, like letting prisoners get eaten by monsters, or TVB dramas always decapitating people’s heads, we see it as a usual scenario already. So it’s something that isn’t uncommon to us, but the justifications on whether we should keep practicing it in our society or not should be seriously considered.

Share this article:
NAH, BACA:
The surprising PROBLEM Malaysia will have to deal with if Pakatan completely removes tolls