The Klang river is known for its various colours and treasures… …but just a few months ago, the people of Shah Alam and Klang spotted something else. This time around, they saw an ‘unidentified flying object’ on the Klang river. Well, not really flying but more like gliding on the river. Is that a bird? A boat? OR A UFO???? Unedited image from dutchwatersector.com

Some may call it a UFO while some might think it’s a boat but allow us to introduce you to… The Interceptor. Boyan Slat and his innovation, The Interceptor, on the Klang river. Img from Boyan’s Twitter.

The Interceptor is a vessel designed to collect rubbish from rivers. And as much as we wish it is the latest local innovation like the flying car, it is not. The vessel was designed by a Dutch guy called Boyan Slat, the founder of a non-profit organisation called The Ocean Cleanup.

Just like its name, the organisation initially aims to reduce the amount of plastic waste in the ocean by developing a system to passively collect plastic from garbage patch by using the ocean’s current. And after six years of developing the system, it came up with a floating, U-shaped device (nope, not The Interceptor) that traps plastic in its fold-like giant arms.

Just in case ya’ll can’t imagine how it looks like, here’s a pic of the device: However, The Ocean Cleanup noticed that new plastics kept coming into the ocean. As it turns out, those plastics had come from rivers. And based on the organisation’s research, it estimated that 80% of the plastic waste that end up in the ocean came from about 1,000 rivers.

So, this is pretty much how the organisation came up with the idea to innovate The Interceptor. At the time of writing, there are four prototypes in the world that were launched in Netherlands on the 26th of October 2019. Two out of four Interceptors have been tested out in Jakarta and Malaysia respectively.

And just like the previous device the organisation innovated, The Interceptor didn’t even need to be towed as it moves with the water’s current and it’s 100% powered by solar. You can watch the video below to see how it works.

And if you notice, it’s not even close to like the typical boat that tows all those barge anyway. The vessel, which can carry about 50,000kg of trash per day, can operate in almost any river but it can be tailored to suit the condition of the rivers. For instance, the Interceptor placed in the Cengkareng Drain, Jakarta includes a guardrail to funnel plastic toward the conveyor belt.

So what did The Interceptor collect from the Klang river?

Some things found in the Klang river includes helmets and… HANDBAGS! 😮 So Boyan was in KL as we were writing this story. And according to his tweet, Boyan pretty much found out that Malaysians or the people in Malaysia dump almost anything from plastic waste to helmets and handbags into the river. But does that mean the Klang river is dirtier compared to other rivers in other countries??

At Interceptor 002 in Malaysia. Insane to see all the stuff that’s being taken out. Handbags, helmets + countless bottles and garbage bags… all of which now won’t be entering the ocean. pic.twitter.com/SbRXkA0jcY

Apparently, not. Although the Klang river is among the top 1,000 most polluted rivers in the world, according to The Ocean Cleanup, we also found out that there are other rivers that are even more polluted than the Klang river. Just take a look at this comparison:

The amount of plastic waste in each river. Click screenshot from The Ocean Cleanup to look at other polluted rivers.

So why did Boyan choose the Klang river to test out his innovation?

NAH, BACA:
3 (and more) people we didn't know HOW became Datuks in Malaysia

As it turns out, The Ocean Cleanup was finding strategic partners in Southeast Asia, according to Selangor Menteri Besar, Amirudin Shari. And that’s where the Selangor state govt has stepped in to offer the organisation a hand.

“They recognised the efforts that Selangor was already taking to stop plastic leakage into our waters. We recognise that we cannot do it all by ourselves.” – Amirudin told NST.

Amirudin also added that the organisation is the Selangor Maritime Gateway‘s (SMG), an initiative to clean, rehabilitate and rejuvenate the Klang river, first international partnership. The Interceptor is also believed to complement the Selangor state govt’s effort to clean the Klang river.

The SMG started cleaning the river in 2016 and it aims to turn the Klang river into a tourist attraction. If this sounds familiar to you, that’s because there’s another project with similar aim called the River of Life. We wrote about it before and you can read more here. 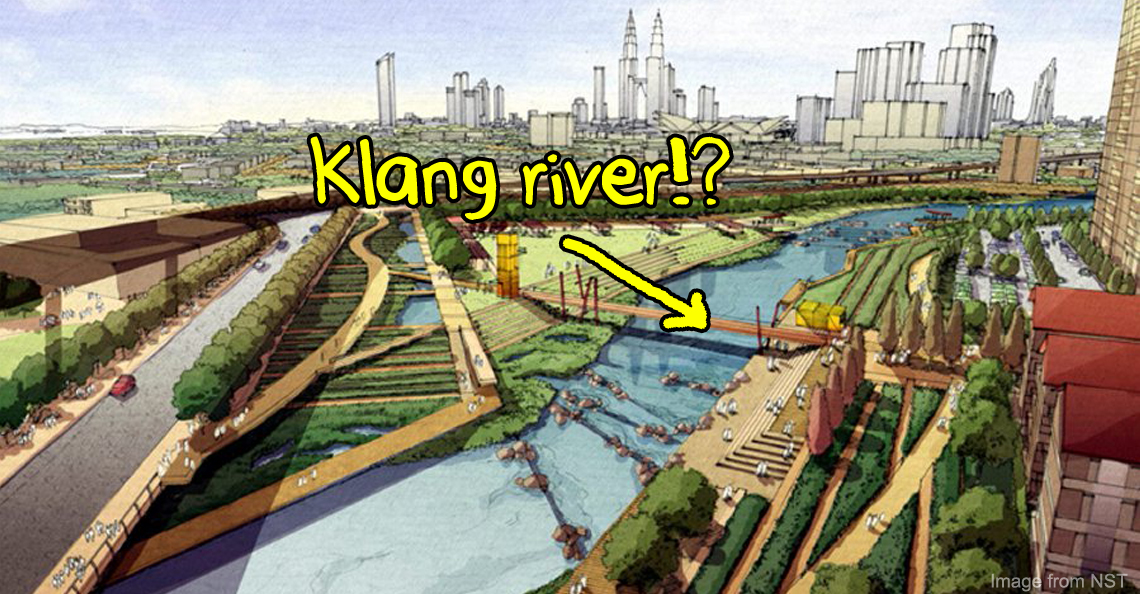 Click image to read more about the River of Life.

However, unlike the River of Life, the SMG has been showing positive changes. Oh and just in case you forgot how hard it is to clean the river, the govt actually took over 30 years to clean up the Klang river while our kiasu neighbour only took 10 years to do that!

So that might be why the state govt is considering to get The Interceptor in the long run. As of now, it is only on loan at NO cost to the state govt for a year. We tried getting in touch with The Ocean Cleanup to know what they think about the Selangor state govt’s plan but we’ve yet to receive a reply from them. :\

What we know tho, according to Boyan’s tweet, is that The Ocean Cleanup aims to complete 10 Interceptor projects by the end of 2020.

“Prioritizing quality of quantity is especially important in first leg of ramp-up curve. No decision yet on next deployment countries.” – Boyan’s tweet.

So there might just be hope for the Selangor state govt in getting its hands on the Interceptor in the long run. And it might be helpful in cleaning the Klang river considering how the govt aims to get the river cleaned by 2022 meanwhile the River of Life project is aimed to be completed by 2020… which is just in a month time. It just might be time to say goodbye to the teh tarik rivers of the past!