18 is kind of a magical age, isn’t it? Getting your SPMs done and over with, applying to further your studies, getting a driving license, and smokers can finally buy their cigarettes legally. It’s an age where people start making life-changing decisions, and according to recent news, there’s probably going to be one more important decision for 18-year-olds in the near future: which political party to vote for.

Next week, Parlimen is tabling a proposal to lower voting age from 21 to 18. This pretty much matches a promise Prime Minister Tun Mahathir made last year. But it’ll be a constitutional amendment, which is difficult cos it requires a 2/3 majority. So that means getting support from BN lawmakers too.

“There are very little reasons, if any, for Umno, PAS, and Gabungan Parti Sarawak to not support the motion, unless they intend to sabotage PH’s reform agenda, politicise the issue, and suppress the will of the people.” – Kota Melaka MP Khoo Poay Tiong,The Sun Daily

Presenting the bill to parlimen next week is Youth and Sports Minister Syed Saddiq, who has been personally championing the issue for a while now. On a quick phone call with CILISOS, he had this to say.

“Lowering of the voting age, would give youth more say in policy matters, nation building and this will empower them to make more responsible decisions. This bill is not owned by KBS but I will be presenting the bill to represent the voices of the youth as I am their minister.

But this is only possible with support from all sides.  I will personally see politicians from both sides to support this bill. We are building Malaysia for the future. The youths are leaders of today,not tomorrow ” – Syed Saddiq

The argument is simple – A lot of things become legally possible once you turn 18: buying a house, signing contracts, getting married and even being convicted as a criminal. But not voting. So why do Malaysians have to wait an extra three years to vote? A group of students have been asking the same question, and they have launched a campaign to lower the voting age called ‘Undi 18’. It’s an initiative by the Malaysian Students’ Global Alliance (MSGA) to pressure the Parliament so that they amend the Constitution to allow 18-year-old Malaysians to vote. If it works, it will provide an outlet for students’ political rage other than protesting and making memes.

But that raises a lot of questions. Is it a bad idea for the country to let 18-year-olds vote? Or is 21 is the standard voting age globally? If so, then who decides on that weird number, and not a nice even number like 20?

Actually, for that last question, the answer lies from back when Malaya was still being formed…

Malaya’s voting laws were based on British laws made for… knights? 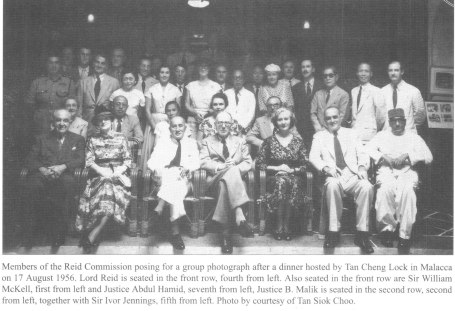 A photo of the Reid Commission. Img from Helen Ang’s WordPress.

So our featured image isn’t really a law for knights (hint: laws don’t often come with cutesy drawings #ihatecilisos). The law for knights was actually in our Federal Constitution. To those who skipped History classes, this was written when Britain was about to give Malaya independence, but before that both the British and the Malay Kings decided that we have to have solid laws in place first before we can govern ourselves.

So a few years before the actual independence, a bunch of leaders led by Tunku Abdul Rahman met up with the British and decided to appoint several people to draft a set of laws that will later become the Constitution. The people appointed were five law experts from Commonwealth countries, led by a judge from England called Lord William Reid. Together, they were known as the Reid Commission.

One of the things they had to decide on was the age at which someone can be considered an adult. The law experts took a leaf out of UK laws and set that age as 21. But then… how did the UK laws came up with 21? Well, back during the Middle Ages in England, a boy was considered old enough to be a knight at 21, hence 21 was generally accepted as the age a person became an adult. 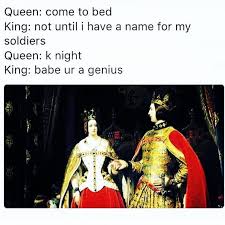 There’s also an origin story for the word ‘knight’, but that’s beside the point. Img from Russian Memes.

And when Britain went on their colonizing ways, their laws and customs were introduced to the countries they took over, in this case 21 being the adult age. Since then, 21 had been the sort of benchmark age for a lot people in various countries to be able to do adult stuff legally, like drink booze, drive and vote.

So yeah, 21 kind of came from a long-standing tradition and all. However, in the present time, a majority of countries have lowered their voting age, and a popular reason for that might be… 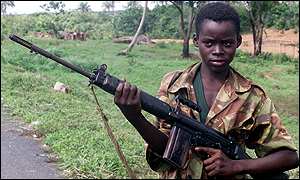 In some places, soldiers can be even younger than 18. Img from BBC News.

Lowering the voting age to 18 had been a hot topic in recent times. 18 slowly gained credibility as the ‘adult’ cutoff point after the Second World War, when the US lowered the age for enlisting in the military from 21 to 18 when the war started in the 1940s. This started a wave of young people who questioned the voting rights of these 18-year-old soldiers. As a result, the US government amended their Constitution in 1971 to allow 18-year-olds to vote.

But the US was not the first country to do so: Turkey beat them to the punch back in 1924. Brazil followed suit a decade later, South Africa in 1958, the UK in 1969 and most other countries made the shift in the 1970s. Today, not counting the Middle East countries, Malaysia and Singapore are the two remaining countries in Asia where voters still have to be at least 21. Globally, 90% of the world’s countries have placed 18 as the voting age, with the exception of Taiwan (voting age: 20) and South Korea (19). But they’re getting there, in their own time. Infographic from Statista, from 2016.

As for why Malaysia is still dilly-dallying, a Parliament member’s statement had revealed that part of the reason may perhaps be that we’re still a bit worried on how mature our 18-year-olds are, and whether letting students be involved in politics will affect their studies negatively.

“This group are SPM leavers. I think these people are too young, and it won’t be suitable for them to vote,” – YB Datuk Wee Jeck Seng to The Star.

[UPDATED 19 SEPT 2018: It has happened. The Cabinet had decided to lower the voting age from 21 to 18 on this day in a Cabinet weekly meeting, and the Federal Constitution is to be amended soon. According to Youths and Sports Minister Syed Saddiq,

“By the next general election, 18-year-olds can cast their votes, that is for certain,” – Syed Saddiq, as reported by the Star.

Are our 18-year-olds mature enough to vote? MSGA had disagreed with the Parliament member’s statement, and they said that 18-year-olds being able to work, pay taxes, marry and join the military are reasons enough for the Undi 18 campaign.

“If society said that these people are responsible for all these, how can they say that we’re not mature enough to vote?” – Tharma Pillai, Director of Undi 18.

However, there’s a difference between the responsibilities of, say, marrying and voting. One may argue that by choosing to marry, one would only be responsible for the fate of their future family, but choosing to vote means being responsible for the fate of the country. Being a voter is so much more than just showing up and voting once every four years. In fact, some had narrowed down the responsibilities of a voter to doing four things:

Are our 18-year-olds equipped enough to do all these things that even adults sometimes fail to do? It depends on the person, but there’s also the question of whether there are enough 18-year-olds who want to vote. A paper had cited that voter turnouts among those within the 18-23 age range in the US had been dismal, and a possible reason for that is instability: 18 is the age of transition from being a schoolboy to being an adult, often with big changes in routine and with more decisions to make. Najib or Mahathir? Or Anwar? Ain’t nobody got time for this drama! Img from MalayNow.

If local news are of any indication, this seems to be the case in Malaysia as well. Pre-GE14 news had recorded lukewarm responses to campaigns aimed to get more youths to sign up as voters, and 70% of youths had said that they did not care for politics according to a Merdeka Centre survey. Also, a year after it was launched, Undi 18’s petition had yet to reach the halfway mark of their 5,000 signatures target.

The issue had also been brought up and became a subject of debate between the opposition and government parliamentary members at that time. Even organizations like the Malaysian Bar Council had both supported and disagreed with the notion of young voters. Despite the hot debate, there had been no movement strong enough to convince the Parliament to make it happen.

The Undi 18 campaign aimed to be that movement, and it had been supported by various Malaysian student organizations such as Perdana Fellow, UK Malaysian Students’ Council, and the National Assembly of Malaysian Students in America. This petition will then be brought to the Prime Minister’s Office. For now, the campaign had approached Parliament members for their support, as well as young leaderships and influential persons, with hope that it would be included in the TN50 agenda of the Najib era. Among the young leaders who openly supported this effort was Kishva Ambigapathy, an MIC Youth who is also the Chairman of the Commonwealth Youth Council. He welcomed the idea along with civic education in schools.

“Becoming a young activist is believing in active roles that can be played by the youth; I see this as an important campaign that defines the role of Malaysia’s Youth to be involved in democracy,” – Kishva Ambigapathy, to Soscili previously.

Serdang MP, Dr Ong Kian Ming, had also supported this movement. He told Soscili that at one time there was a need for an effort to increase political awareness in schools, colleges and universities by allowing more public debates and discussions among students. By doing this, the MSGA explained that students will be more attracted to politics.

With the new government, will the voting age be lowered to 18?

Back in the 11th century, England youth were allowed to don armor and become knights upon reaching 21. Now in 2018, 21 still remained the minimum age for Malaysians to choose their leaders, while all over the world nations are moving to lowering that age to 18 (some countries have even went as low as 16!). But does that mean that we should follow?

A bunch of students are campaigning to lower the voting age in Malaysia, but whether they succeed or not, they have said that letting an 18-year-old vote is the first step in increasing the Malaysian youth’s participation in politics. For better or for worse, at least once it happens, youths can now vote to make their opinions heard, instead of just resorting to social media.

Share this article:
NAH, BACA:
Guess how many REAL Malaysian voters have just been told they don't EXIST?