How do you do “performing arts” when you can’t perform?

In a post-pandammit world (which we should just start calling PP world btw), the arts scene is pretty much the last sector to reopen. So for these performing arts students whose curriculum requires them to be, y’know… performing, they’ve had to surrender to the lockdowns and do everything online. Chances are this was the first time they met each other

But the crazy thing is, these rising stars somehow managed to secure a spot representing Malaysia in an international theatre festival next week. And the crazier thing is, they did that even though they’ve never actually stepped foot on a real stage.

They’ve been learning how to perform… entirely from home

We all know that studying (or working) from home isn’t the same as when you’re doing it in-person. But when your entire learning experience requires you to Broadway your, err, way through the modules and absorb the physical and technical aspects of theatre, transitioning to digital classes is helluvalot harder. 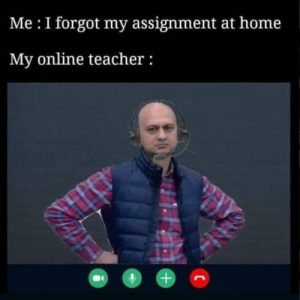 For these students taking Bachelor of Performing Arts at Taylor’s University, their entire course module had to be changed to adapt to online learning, depriving them of the full performing experience. Basically, they’re plumbers who’ve never held a wrench.

But that didn’t stop them from making the country proud.

They’re the only Malaysian representatives at an international festival

With tons of support from their university, these TUTAS students were the only ones to snatch a spot representing Malaysia at the Asian Youth Theatre Festival 2021 (AYTF), an international event that unites young Asians and gives them a platform to express themselves and their cultures through theatre. This year, they’ll be performing alongside various schools from other countries across Asia, like the Philippines, Japan, Thailand, Myanmar, Indonesia, Singapore, and more!

Their 20-minute original performance piece, entitled “Masak-Masak”, will be performed by 10 students who are incorporating storytelling, songs, and movement to tell their own stories and experiences of being Malaysians. Their performance will be showcased digitally via Zoom on the 20th of November, and if you wanna grab front row seats, here’s the e-ticketing booth. Get your tickets here before all the good seats are taken!

But with great powers comes great responsibility. Being the only Malaysian representatives at AYTF, they had to scramble to put together a great show, all while the country was still in lockdown. According to one of their senior lecturers, Mark Beau de Silva:

“We mostly did theoretical work and planning online, in preparation for when we would get to meet face-to-face. And of course when we were able to meet again, we tried to put into practice what we learned online. That’s how we tried to make it work during the lockdown.” – Mark, to CILISOS.

Mark also mentioned that 60% of their rehearsals were done online, and that they only started their face-to-face rehearsals in mid-October with a tight deadline for the end of the month to meet. This was a struggle as they had to put all their online plans into practice, and if you’ve ever planned for something online, you’d know that things often don’t work out the same way you initially planned.

Despite the hardships, this is something that they’re really proud of, especially considering the fact that…

If you’re 1 year old today, that would make you a panda-bear-baby (also a genius baby at that!). So for all intents and purposes, Taylor’s practically conceived and birthed their Bachelor’s of Performing Arts programme juuusst before we went into lockdown, when live performances had to take a back seat. And they literally started their classes completely online with very few face-to-face interactions.

Despite making the most Thug Life move ever, this programme which Taylor’s University created in collaboration with The Actors Studio from KLPAC has come a long way since its inception. With this feather in their cap so early in their infancy, we can’t wait to see what they’ll be doing for the Malaysian arts scene in the future.

But if you don’t wanna wait, you can catch their first ever international performance by booking your tickets right here! 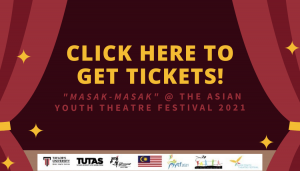