With the Olympics happening in Tokyo a few months from now, there is one sport all Malaysians are obligated to care about: Badminton. Malaysia has won 16 medals in total in the Olympics; 12 of those are in badminton.

Malaysia’s prowess in badminton actually dates way back to before the Sidek brothers won their first Olympic medals in Barcelona 1992. In fact, two Malaysian badminton players, Ng Boon Bee and Punch Gunalan, came in second at the Munich Olympics in 1972.

Despite that, if you look at the Malaysian Olympic medalists table, their names are not there. But first, who are these two Malaysians that technically won us our first Olympic medals but were not immortalised in the list? 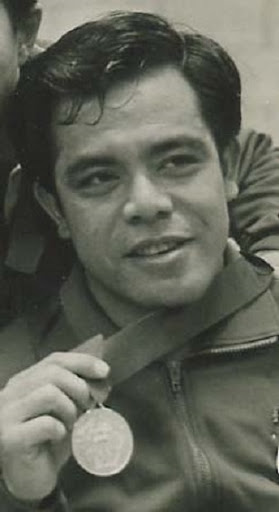 Ng Boon Bee with his medal. Photo taken from BWF.

Ng Boon Bee started playing badminton at the age of 10, but he also dabbled in other sports like football and rugby very successfully. However, it wasn’t until 1961 that he decided to concentrate on badminton.

“I had this ambition of winning the All England and I knew it was within my reach if I put all my efforts into badminton. I even made a promise to Khir Johari [then president of the Badminton Association of Malaya] that we would bring back the Thomas Cup one day.” — excerpt taken from BWF Museum.

Ng partnered with Tan Yee Khan in his early career as a professional badminton player. Ng showed great promises as a doubles player by winning titles at the Malaysian Open, All England, Asian Games and Asian Championships. 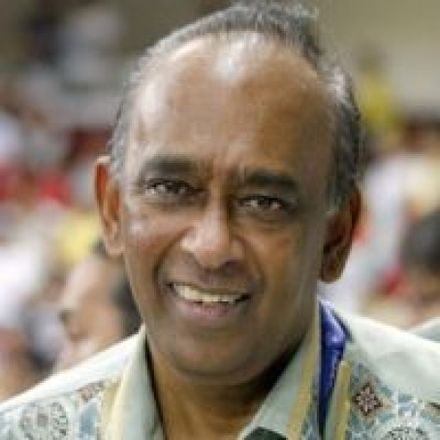 Ng Boon Bee and Punch Gunalan only became partners after 1969; this turned out to be a match point made in heaven. They went on to win many titles, but the biggest one was winning the All England title in 1971. Being that well-decorated, it was no surprise then that they were chosen to represent Malaysia at the 1972 Munich Olympics, which as you now know that they won silver.

“I then gave up singles and concentrated on doubles as I have won nearly all the titles in the world partnering Boon Bee. I have never lost a game after that with Boon Bee.” – Punch Gunalan to The Star. However, there was a problem. Badminton was only a demonstration sport.

Even though Ng and Gunalan technically won the silver medals, they were not considered official medalists because badminton wasn’t an official Olympic sport until 1992. Badminton was introduced in the 1972 Munich Olympics as a demonstration sport.

Yes, it’s a little confusing but hang in there! Gif taken from Giphy.

Demonstration sports were initially opportunities for host countries to showcase sports or events which were unique to their countries. For instance, Sweden included glima, traditional Icelandic wrestling, during Stockholm 1912 Summer Olympics. As time went on, “they were often used as a stepping stone in the application for consideration as a future Olympic medal sport.“

Even though Boon Bee and Punch weren’t able to compete in the 1992 Summer Olympics, don’t feel bad because they went on to have very good careers post-retirement. Boon Bee was inducted into the Hall of Fame by the International Badminton Federation (now Badminton World Federation) in 1998, and finally Malaysia’s Olympic Council Hall of Fame in December 2015.

On the other hand, Punch served as a coach of the Malaysian team, an official in the Malaysian Badminton Association and the International Badminton Federation (now Badminton World Federation). He was also the team manager when Malaysia brought home Thomas Cup in 1992. Malaysia winning the Thomas Cup in 1992. Punch Gunalan is the guy on the most right. Photo taken from New Straits Times.

Badminton becoming the official sport is probably one of the best things that have happened for Malaysians. It gave us opportunities to gather at mamak (pre-Covid days lah) and yell at the screen watching Lee Chong Wei playing badminton like we were his coach. We don’t know how the Olympics would be like now because we can’t cheer for our athletes or moan losses at mamak, but that doesn’t mean we can’t do it at home. Plus, we might get front-row seats in front of our screens!

Share this article:
NAH, BACA:
Tell us a badass story of your datuk or nenek moyang and win cool stuff!