We found some old footage of the original Proton Saga (circa 1990) running an NCAP crash test and the results ain’t pretty. The tests were run by MIROS, which is the the Malaysian Institute of Road Safety Research (shouldn’t that be MIRSR?) at a speed of 64 kph, to gauge the momentum impact of the collision on the car and driver. Why now and not last millenium? To demonstrate that 12-year old cars are unsafe for road usage 🙂

Good going guys… Although the car is actually 23 years old. And yes, as you can see… it’s also a death trap. What’s scarier tho is that it’s pretty much the same as the Iswara (which we couldn’t find crash tests for) with a front grill change, which was sold all the way till 2008, and incidentally is still found all over Malaysia, mostly painted in red and white for some reason.

So how about the current group of Proton cars then? Well, Live Life Drive released some results recently…

As you can see, the new Proton Saga achieved a single star in its safety ranking. Well, at least it has one star . (Note: As one of our users, SUTHESHKUMAR87 pointed out, this is the old single-airbag version, which is no longer sold. The new one has 2 airbags and a 3-star rating)

Here’s the video for that crash test.

Nice to know the occupants can keep their legs in the new millennium. And the Proton Preve crash test…

….which, incidentally got 5 STARS! So at least Proton is improving its track record. However, this rating is intended for occupants, and not people outside the car. On the NCAP site, there was this comment.

“The pedestrian protection can best be described as dire. Proton admitted to Euro NCAP that its designs weren’t pedestrian friendly, but promised improvements.”

5 star safety, but deadly for pedestrians? Then maybe they can keep some of their existing customer base. 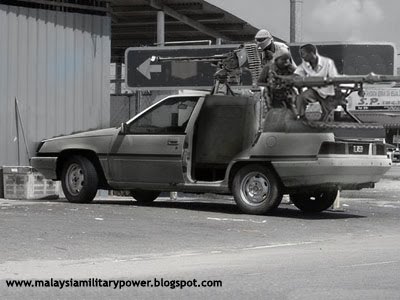 As for the rest of us. It’s comforting to know that our new cab will be the 4star NCAP new Proton Exora 🙂

(Note: Apparently this is Exora is for the Australian market only. Ours, which is 2 airbag, has not yet been rated. Thanks again to eagle-eyed SUTHESHKUMAR87 )