So you would probably know that the gomen is planning on bringing 1.5 million Bangladeshi workers over the course of 3 years. DPM Zahid Hamidi said that we need these workers because of the demands of the industry. Others also point out that these foreigners are needed because young Malaysians don’t want nothing to do with the 3D jobs (dirty, difficult, dangerous jobs).

But the dust not yet settle on that issue already got something else about possibly more foreigners coming into Malaysia to work. And we’re not talking those 3D jobs but jobs like engineers and architects!! We don’t have enough engineers and architects in Malaysia meh??

Well, according to The Star’s FRONT PAGE report, no we don’t. And they’re not the only ones. Articles like this and this also mention that Malaysia is currently facing a skillz shortage! And not a few you know, it goes into the tens of thousands!!

“We are still short of 50,000 to meet the requirement in the construction and infrastructure sectors.” – Institution of Engineers Malaysia (IEM) President, Datuk Lim Chow Hock, as quoted by The Star

“We need to double our numbers. To achieve the Unesco ratio, we must register 400 new architects annually over the next five years.” – Malaysian Institute for Architects (PAM) President, Mohd Zulhemlee An, as quoted by The Star

“We are in need of 16,000 experts in the fields of data science, data analysis, data modellers and data miners by 2020.” – Education Minister II Datuk Seri Idris Jusoh, as quoted by The Sun

The Star added that the shortage of people for these jobs will affect our ability to achieve Vision 2020.

In fact, this phenomenon of not having enough skilled workers for these jobs is quite surprising after our gomen said last year that 161,000 university graduates are still JOBLESS!! Surely at least some of these people would have degrees that fit these jobs right?

Because students keep going into Arts stream in form 4

So many of you would probably still remember that after PMR, you have the choice of going into either Science stream or Art stream (and actually got other streams like Vocasional, and Religious). And it seems that one reason why we aren’t producing enough scientists, engineers, and architects is due to students losing interest in….STEM. No, not this kind of stem. Unedited image from emaze.com

The STEM mentioned here is stands for

For quite a few years now, Malaysia has had the problem of not being able to get more students to study science subjects in school. It’s a big deal for us, really. But before we talk about that, we need to establish the back story first.

So back in 1967, the gomen actually set target for 60:40 ratio for STEM students (science stream) and non-STEM students (all other streams). One of the ways in which they achieved this was that, all students that did well in their exams, had no choice but to take STEM subjects, leading to a higher ratio of science students. Besides that, Science stream students can take Arts Stream courses in the future, but not the other way around. So chances are, there would be Science stream students who don’t continue into Science courses in the end (every single person CILISOS office included). And these things considered, it would make sense for us to end up producing less and less scientists, engineers, and architects in the end.

So how to get more students into Science stream??? 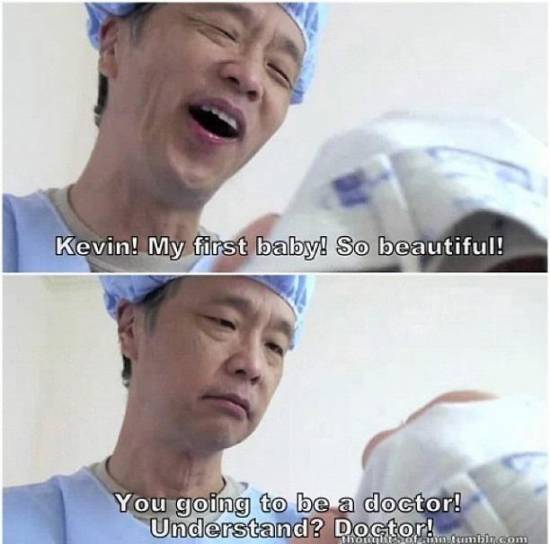 Well, the gomen is still doing it’s best to promote “The Science Agenda” la. The Star also reports that the gomen has been working with higher education institutions to promote science among students AND parents. But the thing is, talk about promoting the Science stream to students has been around for a while now. (Examples here, here, and here.)

So how la, do we just continue to promote the Science stream year in, year out?

Not quite, because the Higher Education Ministry may be on to something when they said this.

“As our universities move ahead, students will have more opportunities to take non-science subjects as part of their courses. Flexible education is the future of higher education, and universities will be required to enable their students to be multi-disciplinary.” – Higher Education Ministry, as quoted by The Star

They don’t elaborate further than that but this columnist goes deeper into this whole ‘flexible’ thing.

“I have all along been advocating a “no-streaming after PMR” strategy. I am proposing that all students in Forms Four and Five, irrespective of whether they are in the academic, vocational or technical stream, pursue a common science syllabus that is broader and more practical than the present arts stream science subjects. All SPM students are then in the “science” stream.” – Liong Kam Chong, in an article for The Star

And from the looks of this, this seems to be practiced in other countries as well. This paper on the education systems of European countries show that many countries provide different options for their students but have a core set of subjects INCLUDING the big 3 science subjects of physics, chemistry, and biology. And these are not like when they reach form 4 only learn, they start learning about them wayyy earlier like 10-11 years old. In the US, despite allowing their students to take a vast range of subjects, it’s still generally mandatory for them to take science and mathematics. And it’s not like these countries don’t provide options for people who don’t want to do science. They do, but after the students have tried it out at a younger age.

Of course, having more choices means nothing if we don’t also improve the quality of our teachers, something that parents themselves are very concerned about.

You may have come across the news that a Malaysian engineer recently decided to move to Singapore because he believed he would earn more as a chicken rice seller there. Image for illustration purposes only. Unedited image taken from soshiok.com

Heard of the term “brain drain” before? It’s somewhat of a huge problem for Malaysia. But just how badly is it affecting our shortage of skilled workers?

Articles like this, this, and this, all mention that engineers and architects are among those leaving the country to work overseas. But while we couldn’t find a detailed breakdown of just how many Malaysian engineers or architects or scientists are working overseas, we do know that many of the high-skilled workers leaving our countries are willing to leave Malaysia, even if it they end up working in jobs they are overqualified for.

The graph below shows what jobs skilled Malaysians did overseas in 2012. And with only 38% of them doing professional jobs, that means the other 62% of skilled Malaysians aren’t doing skilled jobs! It’s like we’re the Bangladeshis of richer countries!

But that means that the problem with us lacking skilled workers in fields like engineering, architecture, and science, isn’t just a problem with the Science stream Arts stream system, but possibly a bigger issue altogether.

“Malaysia faces an exodus of talent. Not only is our education system failing to deliver the required talent, we have not been able to retain local talent of all races nor attract foreign ones due to poor prospects and a lack of high-skilled jobs.” – National Economic Advisory Council, as quoted by KiniBiz

Share this article:
NAH, BACA:
For the first time in history, Malaysian heritage buildings are going to be 'de-heritaged’