[Ed’s note: This article was originally written in 2016]

Most of us, especially the millenials and generasi-generasi yang sewaktu dengannya, recognize Tunku Abdul Rahman by three ways – as Malaysia’s Bapa Kemerdekaan, the “Merdeka! Merdeka! Merdeka!” guy, or that always-jammed road in KL that’s not actually named after him (Thanx to everyone who corrected us).

However, one thing we don’t realize is that while Tunku Abdul Rahman played a pivotal role in securing Malaysia’s independence from the British, that really wasn’t the hard part… The hard part was figuring out what to do with with this newly independent nation. After all, it wasn’t as if our Parliament, agreements with the state Sultans, and addition of Sabah and Sarawak automagically appeared right after the Tunku lowered his upraised fist at the last “Merdeka!” chant. Speaking of which, click here to read why Parliament is awesome to visit!

So sempena Hari Kemerdekaan, we decided to see what it’s like raising a newborn Malaysia through the eyes of its father via a newly-published book called “Conversations with Tunku Abdul Rahman” – a collection of interviews between Tan Sri Abdullah Ahmad and Tunku Abdul Rahman over a period of two years between 1982 and 1984. What’s interesting here is that the Tunku had been long out of politics by this time, and was very frank about certain issues and people that he encountered throughout his political career. But first, here’s something about the Tunku that you won’t find in the Sejarah textbooks: Which might explain the sweet ride. Image from Blues Riders.

“Yes, I was a playboy… a man of the world. I love horseracing and I played poker … But deep in my heart I’ve always been a religious man. I pray, I fast, and I pay Zakat Fitrah … and Allah knows all of this and more. I have done and still continue to do a lot for Islam within and outside Malaysia. None can and will deny that.” – Tunku Abdul Rahman, as quoted in Conversations with Tunku Abdul Rahman.

If there was ever one thing the Tunku’s critics frequently faulted him for, it was his lifestyle. The Tunku loved to drink and gamble, but also considered himself a good Muslim. While he may not have shown it, the Tunku was hurt by accusations from orthodox Muslims and Malays who used him as an example of a westernized Malay who strayed off the right path – an issue that’s still brought up today:

“Malaysia is not an Islamic country in the way that Saudi Arabia and Iran are. … I told King Faisal (of Saudi Arabia) that he better look for someone else to be secretary-general of the Organization of the Islamic Conference because I love living. I enjoy dancing, drinking and gambling. I simply can’t change my habits at 67. King Faisal grinned and said “I know all that. But I’m not looking for an Imam.” “ – Tunku Abdul Rahman.

The reason why we’re bringing this up first is because some parts of this article may not be the usual feel-good Merdeka write-ups we’ve come to expect. But in order to understand Tunku’s vision for Malaysia and for some of the (unpopular) choices he made, we figured the best approach was to #keepitreal. After all, as the Tunku said himself:

“People can say anything about me but none will accuse me of ever having been a hypocrite.” – Tunku Abdul Rahman

1. He wanted to fight for Merdeka! But like, not real fighting la. 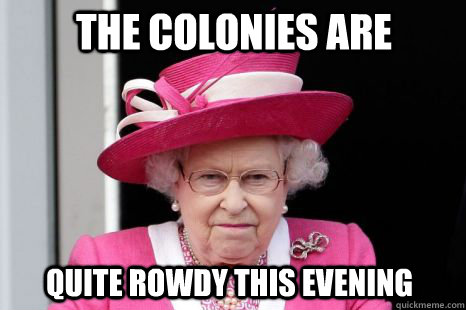 Certain groups had accused Tunku of being “too soft” on the non-Malays, which led to them gaining a lot of political and economical clout over the Malays. While Tan Sri Abdullah attributed some of this to Tunku just being an overall nice man, the Tunku himself considered it necessary for non-Malays to have a place in the newly-formed Federation of Malaya if we wanted independence from the British.

More specifically, he realized that there were only two ways we could have achieved independence – through negotiation or through war:

“There would have have been no agreements if I had been less than conciliatory [agreeable]… and there would have been no independence short of a revolution. I had promised myself that I would fight for our Merdeka constitutionally. I don’t want to see a mess of blood in our country, as happened when India and Pakistan achieved their independence.” – Tunku Abdul Rahman

By this point the Brits had already known that independence was a-coming, but they first had to be assured that their investments in Malaya would remain safe, and this required certain things like skilled labor (aka the Chinese and Indians) to remain in the country. In a sense, this preference for diplomacy has guided our national defense policies even to this day.

And speaking of terms he didn’t want to accept…

2. He never wanted Singapore in the first place (LOL)

The moment Tunku remembered why nobody invites Lee Kuan Yew for karaoke. Image from Straits Times.

With the British preparing for their colonial #Brexit, they also had to figure out what to do with the other colonies – Sabah, Sarawak, and Singapore. Brunei was a British protectorate, meaning they were independent but were protected and advised by a British Resident.

When asked about Singapore, Tunku said:

But waitamin… if he really didn’t want Singapore, then why did he accept that condition? Or rather, why was getting Sabah and Sarawak so important?

Well, the answer was “Communists”. The Tunku and the British realized that Singapore was at risk of falling to Communism at the time, which could have spread to Borneo as well:

“There was a possibility that unless Malaysia was formed, the British might federate Sarawak, Sabah and Brunei with Singapore. If that had happened, it would have been a great boost to communism in the Malay world. Indonesia was already under communist influence. The security of Malaya would have been greatly jeopardised. I had to pre-empt what might happen.” – Tunku Abdul Rahman

As you know, Brunei never joined (which we’ll discuss in a later point) while Singapore eventually left the Federation and built a very large ferris wheel. In all fairness, Singapore has a slightly different version of the story, but the whole drama with Lee Kuan Yew that eventually led to Singapore’s separation came as a shock to many except the Tunku… because he’d intended to eventually split it off anyway.

“As a price for getting Sarawak and Sabah, I had to agree to take in Singapore. But I had always planned to disengage it from Malaysia, and Lee Kuan Yew’s prompt attempt to gain a share, if not seize power from the Malays, provided the opportunity sooner than even I had thought possible.” – Tunku Abdul Rahman But speaking of Communists….

3. He thinks the Communists helped us…get…Independence…?

It’s somewhat ironic that whenever Tunku Abdul Rahman warns Malaysians against falling into Communism (such as during his farewell speech in 1970), he always quotes the words that Chin Peng said to him at the end of the failed Baling Peace Talks:

“Tunku, you are anti-communist and I am communist. Between the two of us, we can never work together. We can never co-exist.” – Chin Peng, as quoted by Tunku Abdul Rahman

Or in other words… While Tunku had always maintained that his and Malaysia’s stance were anti-Communist, he’s also somewhat credited the Communists for being one of the reasons the British agreed to Merdeka, and the subsequent insurgency helped create a sense of nationalism to band the Rakyat together:

“I have made my position quite clear, I am not a communist. I am an anti-communist because communism is against my religion and against my policy…

…deep in my heart I also felt that without the communist disturbances and anti imperialist action we might never have got our independence. I am not anti-communist in that sense. I am anti-communist because I wanted to have our democratic country to ourselves. With communist rule, there can never be any democracy.”

But enough with all this war stuff. Let’s head to something a little more lighthearted which is…

4. He failed to get Brunei to join Malaysia because… of his Kedah accent? Sultan Omar of Brunei, who looks like a pretty cool dude. Image from KamilAmsyar.

For a long time, Brunei was seen as a likely member of the Malayan Federation but like an exciting first date pulled out at the last possible moment. For a long time, there was a rumor going around that the negotiations broke down because the Sultan of Brunei and Tunku Abdul Rahman didn’t understand each other due to their accents.

When asked about it, Tunku clarified that he and the Sultan were actually close friends, and the Sultan was the first man to support the formation of Malaysia. The rumor that they couldn’t understand each other was actually a private joke between the two:

The Tunku has his own reason why Brunei didn’t end up joining , but that’s for you to read when you buy your own copy of this book. But he did wish that Brunei had joined because he and the Sultan were such good friends.

Tunku didn’t want Malaysia to be a world leader. He wanted a united and happy Malaysia Yes yes, we know you’re thinking that we’re trying to end on a cheesy note because it’s Merdeka and whatnot, but it’s actually true. With the Communists as well as the British, he’d always start with a peaceful approach because his vision had always been for “a happy Malaysia where there is plenty of food instead of bullets; clothing instead of uniforms; houses instead of barracks.”

To the Tunku, the strength of our country – the potential to be a world or (if you’re less ambitious) regional leader – would only come if we were a united by nationality rather than race:

“What stops us from playing a bigger role in international affairs is that we are a divided nation. This is our greatest weakness…

If all the races in our country became Malaysians, … Malaysia would be a strong and unified nation – even a powerful country. They must not just call themselves Malaysians… they must also be seen to be Malaysians.” – Tunku Abdul Rahman.

In regards to the book that was the entire source of this article, please do pick up a copy (or online) when you can because there’s a lot in it that we couldn’t cover, like his love-hate relationship with Tun Razak or his stance on the Indonesian Confrontation. It provides us with an intimate, sobering behind-the-scenes view that explains how we’ve arrived to this current Malaysia that we live in.

The Tunku is no longer with us today, but we feel that his hope and optimism for the country he founded still lives on as strongly as the day he stood on the podium in Dataran Merdeka and announced the birth of a new nation.