Malaysia is a country that every once in a while is greeted by some pretty strange news. Usually it’s all animal related (like this weird fish, this palm oil estate creature, and this human-goat baby),but the other day we had something international related: that a ship from Romania tried to dump 117 tonnes worth of toxic waste at Port Klang!

And before you even begin to ask why, some may even be wondering where in the world is Romania? Like some of us would probably say it’s somewhere in Europe but c’mon, how many of us would actually have noticed it on the world map? In fact, when you look up Malaysia-Romania relations, you don’t get a very elaborate Wikipedia page. Which only leads to the big question of….

Why in the world did Romania choose Malaysia over any other part of…the world?

Because we really aren’t the closest of neighbours, 8,663km away from each other to be exact. But before we start thinking that there is some Romanian conspiracy to kena-kan Malaysia, it’s been reported that we weren’t actually their first choice. When this ship left Romania with the waste, they actually went to Shanghai first, but it didn’t work out for them there.

“When Shanghai authorities discovered there was a problem during spot checks of the containers, they immediately ordered that the cargo be disallowed from being unloaded. Two months later, they ordered the cargo ship to leave.” – Malaysian Department of Environment, as quoted by Oriental Daily

And after leaving Shanghai, they actually tried their luck in Hong Kong and Macau as well before deciding to take a shot at Malaysia. Gotta give credit to the person motivating the crew.

And they may have succeeded if not for our Department of Environment (DOE) receiving a tip-off of their plan. The DOE then informed our Royal Customs Department, which in turn stopped the ship from offloading their cargo. But that still seems a bit strange right? Why is Romania just randomly trying to dump waste?

Well it could be related to this one thing about Romania:

Romania has a HUGE waste problem

In our curiosity, we went and Googled “Romania waste” and one thing that we noticed was that there were many articles about Romania’s waste. But before that, as we read more and more into the topic, we realised there were so many categories of waste which for the sake of simplifying this article, we’re just gonna divide into 2:

And Romania seems to be struggling with both types. We’ll start with the landfill kind. A landfill in Romania. Image from zerowasteeurope.eu

In Romania they only recycle 1% of their waste, making them the worst recyclers in Europe. But then what happens to the rest of their waste? Well, the other 99% ends up in landfills. And it seems the landfills too aren’t that good. This short clip talks about a landfill that’s 500m wide, and 100m deep (and also about how a group of people were relocated there but that’s another topic on its own).

On the other hand, the second type of waste, which is the very toxic kind which tends to give superpowers to people in comics and TV, is also a problem in Romania, albeit one that is less talked about. 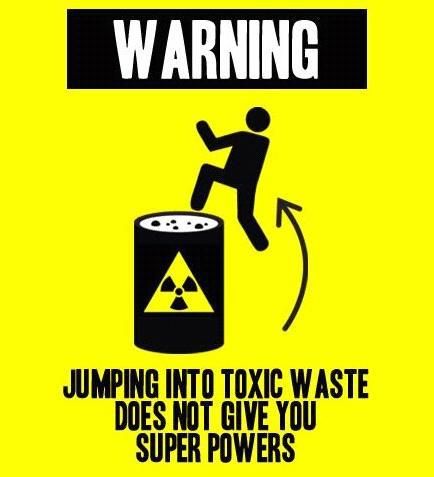 Once again, there are research articles (like here and here) talking about how soil pollution caused by heavy metals (like lead, cadmium, arsenic) has occurred in various parts of Romania. And this is a problem because heavy metal poisoning in the soil can affect both humans and animals in the long run.

And this is also why toxic waste is a lot harder to dispose of. They can’t just simply dump it because it can “contaminate soil and water supply, and pollute the air”. If the toxic waste is liquid, they actually have to put it in a well underground.

They even have some really severe toxic waste cases like the town of Copsa Mica, which is said to be the most polluted town in Romania with  1,570 out of 2,972 people tested showing signs of lead poisoning, and the village of Geamana which the Romanian authorities evacuated 1978 to make way for toxic waste to flood it. The town remains flooded till this day. But that’s not all. Having a lot of waste is one problem, getting rid of it is another. And in this case involving the Romanian ship, it could actually be part of a bigger, global issue.

It seems that this isn’t the first time that a ship has tried to dump toxic waste in our country.

“Previously there was a case where a cargo ship carrying toxic waste attempted to unload cargo in our country, it was confirmed after tests that the containers did indeed contain poisonous substance, the matter subsequently went to court, the shipping firm became bankrupt during the course of the trial, in the end our country had to spend several millions in ringgit to clean up the toxic waste.” – Unnamed DOE officer, as quoted by The Malay Mail Online

And it seems that this is something happening worldwide. We mentioned earlier that liquid waste needs to be stored in wells underground, but those are expensive to maintain. So what some people do is get other people to get rid of their waste for them.

There are quite a few examples of cases of illegal waste dumping that have made international news. For example, the Spartacus Trial, which was a 10-year case in Italy when a mafia boss, Carmine Schiavone, decided to testify against other mafia bosses. He decided to come forward after seeing how the mafia’s profiting from illegal dumping had affected the environment, and given people cancer. 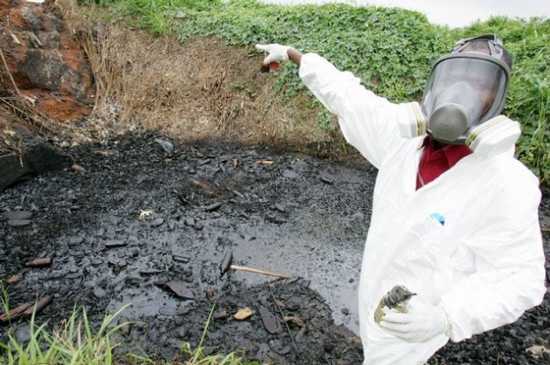 Aside from that, there was also the 2006 Ivory Coast waste dump when a Dutch ship dumped 500 tonnes of toxic waste in the city of Abidjan, which allegedly killed 17 people and injured another 30,000.

Malaysia may actually be a toxic waste target, but we’ve been working on it But the good news is that this workshop was actually meant to help Malaysia become more efficient at dealing with these threats. Organised by the UN in collaboration with other organisations, the ‘Combating Illegal Trade in Chemicals and Waste’ workshop was meant to “increase institutional and individual capacity to combat illegal trade and strengthen cooperation between customs and other authorities.”

“During the workshop, the Regional Intelligence Liaison Office for Asia and the Pacific – one of the resource organizations at the workshop – received and passed on intelligence about illegal shipments of contaminated plastic on the way from Europe to Port Klang in Malaysia. The information has been passed on to the customs division at the port.” – Ieva Rucevska, project manager of the workshop, on news.grida.no

And thought we can’t say for sure, it does seem quite coincidental that just one month on, our DOE has  been able to stop this Romanian ship from doing just that.  We may have had more cases like this in the past, but it is at least commendable that it looks like our country is trying to keep waste that is not ours out of our lands.