So just recently, the govt is reportedly studying on ways to purchase about 250 acres of land in Kampung Baru. According to, Federal Territories Minister, Khalid Samad, the govt is doing so to ensure a structured development in Kampung Baru. Now if this seems familiar, dun wori you’re not hallucinating.

Back in 2010, the villagers in Kampung Baru were reportedly relocated because, according to Draft Kuala Lumpur City Plan 2020, Kampung Baru was marked as a commercial area and not a residential area anymore. In addition, the previous govt allocated an estimated amount of RM61 billion in 2015 to develop Kampung Baru according to its detailed master plan. But more on this later laa k, we very cheonghei #wehatecilisos. Kampung in the city. Click image if ugaiz wanna read about the Eye of Sauron which might be Kampung Baru’s new landmark.

To fully understand all the problems with Kampung Baru, we should probably first take take a trip down memory lane to look at four key things about the village… back when Kampung Baru was actually, well, baru.

1. Back then, the Malays were considered as squatters in Kampung Baru

So fun fact: Kampung Baru is actually 119 years old. And to find out how Kampung Baru became the one of the largest Malay settlement in KL, we gotta travel back to 1899 when the Sultan of Selangor at that time, Sultan Alauddin Sulaiman Syah Raja Muda Musa (Sultan Sulaiman) reigned Selangor. He was the one who apparently gifted the land to the locals, which initially measured 233 acres and housed 7 kampungs.

When the British came to Malaya though, this area was then gazetted Kampung Baru aka Malay Agriculture Settlement (MAS) under the Section 6 of the Selangor State Govt Land Enactment 1987. 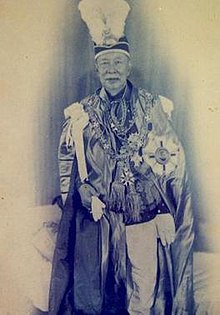 Kampung Baru was then administered and governed by MAS’ Board of Management. This meant that MAS could enact its own by-laws, approve and set terms for building plans and house extension on their own.

The Malays were initially regarded as squatters following the enactment. They weren’t allowed to own land in Kampung Baru although they lived, and worked there. These people were even encouraged to be involved in agricultural activities to supply agriculture products like rice to the KL people at that time. This is probably why you can still see the villagers raising chickens in their backyard up to this day! 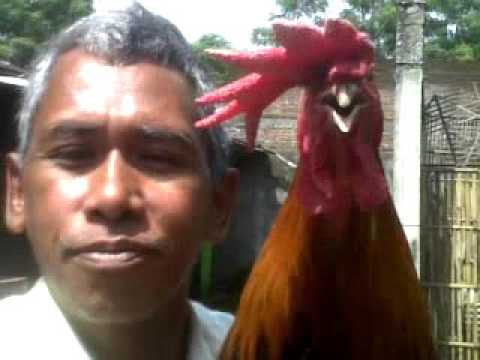 Visual representation of the villagers with their chickens, not actual villagers. Image from Andi Budiarto

Anyway, they were eventually given land titles 65 years later and had their names and details written in the Settlement Register as a licence to stay there.

Long story short, years after the settlement was formed, the headman (ketua kampung) declared that the area was not suitable as a plantation area anymore, hence, it was converted into a residential area. Only then, the residents were truly recognised as dwellers.

2. Kampung Baru can only be inherited, inhabited and rented by/to Malays

In addition to that, the land in Kampung Baru is divided into three main areas: Here’s a map to guide you through our points earlier. Img from The Star

3. There are seven kampungs with unique traditions of their own

Earlier we mentioned that Kampung Baru consists of seven kampungs. Interestingly, each kampung has a distinct character in line with the ancestral roots of the villagers:

You can actually tell the difference between these kampungs based on the architecture of the houses and lifestyle of the villagers, among other things.

“The different villages have their own identities and unique architecture, way of life, traditions and beliefs. In the past, the children were told not to mix with each other and inter-village marriages were frowned upon as the seniors wanted to preserve their identity.” – MAS Board of Management’s honorary secretary, Shamsuri Suradi told The Star. This house has the characteristics of a Limas House like the ones in Terengganu. Img from The Star

Shamsuri however said that many of these traditions have sadly been lost throughout the years.

4. Merdeka somewhat began in Kampung Baru (and other historical events)!

Since Kampung Baru has been around for about 119 years, ofcos la the place has witnessed some of Malaysia’s most important events!

If ugaiz remember your Sejarah lessons, the first ever Malay Congress Assembly to protest the establishment of Malayan Union was held in Sultan Sulaiman Club, Kampung Baru. This meant that the seed of our country’s independence somewhat began here la. Other than that, the tragedy of 13 May 1969 also began here at Princess Road (Jalan Raja Muda Abdul Aziz). This tragedy, which cost 200 lives, was then spread to other areas in KL. Click image to read more about the May 13th tragedy.

Another major incident that happened here caused Kampung Baru to sink for two days! And that the KL Big Flood – a flash flood in KL which affected 180,000 people on the last day of 1970.

Okay so maybe if you’re a KLite you might not be thaaaat surprised about Kampung Baru’s historical and cultural significance la, but despite the sentimental value the area has…..

If ugaiz are an avid news reader, then you would have noticed some issues about Kampung Baru. Besides its high sentimental value related to the Malay culture, there are also some other technical issues that you may wanna know.

And that problem is… land ownership. No, we’re not talking about the land ownership restriction but overlapping ownership. This means that a land might belong to more than one owner. Just imagine a plot of land measuring at 7,000 square feet has 200 owners! That would mean each owner would get about 35 square feet of land and that’s smaller than your average apartment room!

But how is this even possible?? Unless you’re an ang moh, then you may not have a storage room. But this is how big 35 square feet is. Img from Your Storage Space

One possible reason could be that the Malays traditionally divide their lands equally between all their heirs. This would cause the land to eventually become smaller as it is passed down to the next generation. Another possible reason would be how some owners passed away without writing a will or changing the name of the land owner.

And as mentioned earlier, there is also the extra issue of land ownership restriction on this land. Now becos of that, the land in Kampung Baru is valued lower compared to other land in KL. For comparison, Kampung Baru land is worth about RM200 to RM350 per square feet while lands in Jalan Imbi are normally priced about… RM2,400 to RM2,500 per square feet! ZOMG, why the price differs so much!?

Since the land cannot be transferred to non-Malay developers, the market becomes narrower. Consequently, the price of land also may decrease compared to the normal price in the market lor. But some developers also believe that the lack of modern infrastructure can cause the price of Kampung Baru land to be that low la.

So, that is probably why some developers believe that redevelopment and change in policy to purchase land in Kampung Baru may help increase the price. Buuuuut here’s where they hit yet another issue with Kampung Baru. The previous govt has been planning to redevelop Kampung Baru since 2014. But some of the villagers have been fighting against those suggestions to the extent they got a bit traumatised when the govt promised them with these sort of things. Other villagers on the other hand are actually afraid that they won’t be able to afford a place in KL to live when they sell of their lands. Hasimah Yun, whose grandparents had bought the land in Kampung Baru before 1957, said:

“They want to grab our land, chase us out and make money,” – Hasimah Yun, Kampung Baru villager, as quoted from Malay Mail

But then again, a number of Kampung Baru owners have either rented their houses out to other people or moved out of Kampung Baru altogether. There are only about 30% of families who are still living in Kampung Baru while the rest of the area has been turned into shops, restaurants or left to decay. So you can perhaps understand the calls for redeveloping the area.

At the time of writing, 80% of the villagers have agreed with the govt’s efforts to take over their lands as compared to selling the lands themselves. Khalid justified that redeveloping Kampung Baru needs to be done since it is part of his job scope. And this time around, the govt will buy all the land whilst maintaining it as the Malay Land status.

According to the study the govt made, it might need some RM6 billion up to RM10 billion to do that whilst giving the landowners cashback and an apartment unit.

“We are building a new city according to the original plan. It will be built in stages but we will maintain it as a Malay area with affordable homes, business area that will be managed by the residents.” – Khalid Samah, an excerpt from Malaysian Insight, translated from BM.

Developing Kampung Baru might seem like a way for it to keep up with the current modernisation in KL but the govt may also want to find a balance between those development and preserving Kampung Baru’s enormous cultural value.