Whoever said being a housewife just goyang kaki only has obviously never been one! A housewife’s job – yes, read the words – full-time-no-annual-leave J-O-B, is not easy.

Disclaimer: This writer is not a bitter ol’ housewife herself, but knows many dedicated, awesome ones – including her mom.

OK. So. Despite their busy 24/7 schedule, some of these aunties might still find the time to do the community a service. Wanita MCA and the Domestic Trade, Co-operatives and Consumerism Ministry (KPDNKK) are recruiting housewives to the Consumer Squad as spies to monitor unreasonable price increases, reported The Star.

Because housewives do the shopping and stuff, who better, said the Consumer Squad. But no la, of course house-husbands and uncles shop too. The Consumer Squad hopes that this will stop profiteers who hike up prices like crazy, especially with GST coming up in April next year.

But what is the Consumer Squad anyway?

The Consumer Squad or Skuad Pengguna 1Malaysia (SP1M) is an organisation made up of consumers (basically all of us) who keep tabs on the prices of goods. People can volunteer based on 2 conditions. First, they must be Malaysian. Second, they have to be 18 or older. So yeah that means young and happening people, as well as old and happening seniors can join.

Consumers who care. Image from 1Pengguna.

After joining as a member, they help the government catch business people who terlampau overcharge for things. So for example, if your neighbourhood kedai runcit is ripping customers off, like charging RM19.95 for a 600ml bottle of mineral water…

“They need to report to our enforcement officers for further action if they chance upon price increase on controlled items in their areas,” explained Datuk Seri Ismail Sabri Yaakob, who was then KPDNKK Minister. No you guys cannot take matters into your own hands and tie up the kedai runcit man with raffia string. The real faces of real consumers who care. Screen cap from 1Pengguna’s website.

The Consumer Squad was set up in March 2012 to replace the defunct Rakan Pengguna. It’s not a trick. It’s the same link.

It’s 2 years old now. How is the Consumer Squad any better than its predecessors?

Good stuff about the Consumer Squad…

With so many ‘spies’ around (latest figures we could find was 202,800 Squad members), it should scare business owners from exploiting…right? We have a Price Control and Anti-Profiteering Act 2011. If traders are caught selling above ceiling prices, they could be fined up to RM100,000 or go to jail for 3 years, while for companies they could be looking at a fine of up to RM500,000.

But do you guys think this ‘spying’ method is effective? Or do you still seeing plenty of businesses overcharging?

Every Malaysian loves discounts. Knowing this, the Consumer Squad’s Discount Card programme roped in more than 2,100 companies to offer 5% up to 60% discount. Members get to use them at MPH bookstores, Lost World of Tambun, Firefly, and across 13 different categories. If anything, people can just sign up to get the card but it doesn’t guarantee they will be active members and price watch. 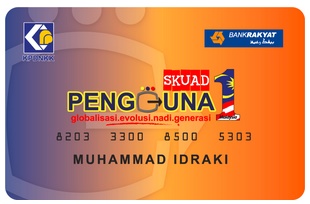 3. Keeps people in the know

The whole point of having a Squad… recruiting housewives and even celebs, is to help to make more Malaysian consumers aware of their rights. The KPDNKK wants to make savvy shoppers out of Malaysians and keep them in the know of pricing trends. Plus, when the rakyat shares information with them, they can take quicker action against profiteers. But what’s the process after someone makes a complaint?

This year, the KPDNKK Ministry ran Price Ops in January sending out nearly 3,000 officers to spot check on pasars, kedai runcits and restaurants. OK so looks like the Ministry already has a crackdown exercise going on to begin with. The question they don’t answer is how many of the merchants they catch result from actual complaints from the Consumer Squad.

The Ministry even has a MyKPDNKK app which tells people which shops offer good prices. If the app were anything like Waze where users actively contribute, it could be very useful shopping tool. 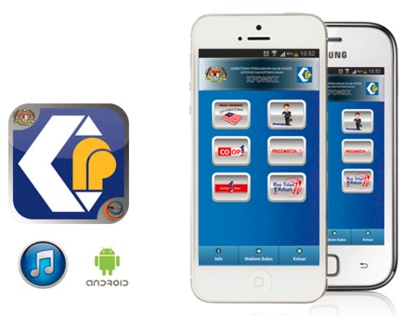 Sadly that is not the case…

Not so great stuff about the Consumer Squad…

1. Nobody knows about the MyKPDNKK app

KPDNKK State Director Mohd Hilmi Mohd Noor said that nobody knows about the existence of the daily-updated app even though it had been around for a long time.

“The government has spent millions to provide information, but the people are not grabbing this opportunity. Many people do not know that the ministry has a price watch that is displayed on the application.” – Mohd Hilmi Mohd Noor, KPDNKK State Director, The Rakyat Post

All in all, the whole project sounds like its another white elephant to be honest.

7,500 celebrities were given the Consumer Squad Card as part of the Prime Minister’s April 17 promise to reward them for their contribution to the country’s arts industry. It just seems that celebrities are not exactly the people who really need the discounts. Then again we can’t say for sure because there’s a chance fast food employees probably earn more than actors in Malaysia. 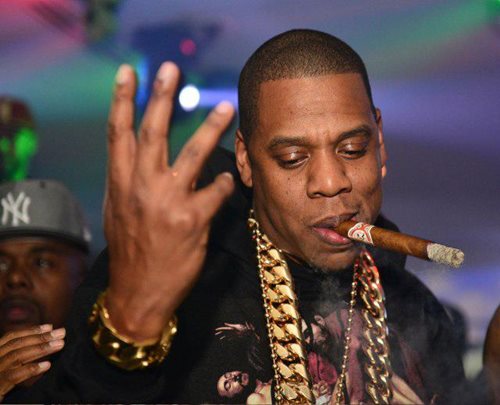 But this is Jay Z and how much he earns is not an accurate reflection of how much Malaysian celebs earn. Image from Worlds Rich People.

In their defence, the Ministry hopes that if they get the media and celebrities on board, they’ll be able to influence more people – their fans and the public.

But how about also offering the card to the 20% of Malaysian who are considered poor?

3. Nobody knows about the Consumer Squad in general

Like we said la, white elephant! Would you guys join the Consumer Squad? If you asked us, we wouldn’t. Since 2001, the Squad has gone through 2 revamps and it’s still not sticking in people’s minds. Why? According to Bernama, Rakan Pengguna was very obscure and its activities were not very effective. 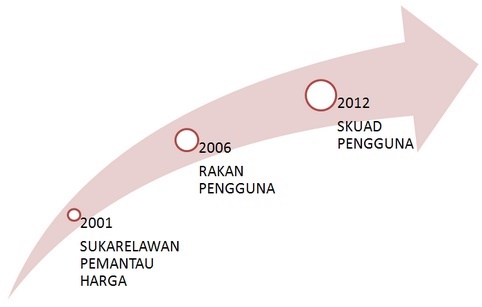 The Consumer Squad is twice revamped. Image from 1Pengguna.

Following our intuition, we think it probably won’t be long before they need to revamp the Squad again.

Why having this Squad is pointless

But why is the Consumer Squad not gaining any popularity among Malaysians? We have a hunch it’s probably this thing we all know and have in our homes already called the Internet – more specifically, social media, fan pages and forums – they’re already ‘Consumer Squads’ on their own.

And fuyoh do business people really have something to fear from social media. Here are some examples of companies ruined on social media. On the other hand, here are 9 social media trends that can help businesses in 2015.

So, probably the only benefit of joining the Consumer Squad is the discounts but then again it’s just another physical discount card. Price watchers can do all of that online without the extra bulk of cards in their wallets. Besides, there are already so many dedicated price watch apps like PricePanda that people may not want to download MyKPDNKK. By the way, guess which country is PricePanda’s best market? Malaysia! So… Abohow? In this world where information is so easily accessible and where we’re all so well-connected through social media, it’s pretty evident that consumers are ALREADY savvy and independent.