Screenshot of a report by Malay Mail Online

By now, Mahathir’s beef with Najib has become a household topic, especially with the dramatic turn of events at the Nothing2Hide dialogue where Mahathir stole the show (we meant that figuratively). Check out this HILARIOUS Pokemon parody of the incident.

But while he may be echoing the sentiments of many concerned Malaysians over 1MDB, GST and whatnot, it almost seems like there are two camps – one applauding the man for putting the pressure on Najib, the other saying his time is over (here and here) and we should stop glorifying him. Think of Mahathir, think of words like… legend, reformer, crook, tyrant, maybe. So it would probably blow your mind if you hear someone dares to go against such a powerful man in Malaysia, right?

Well, someone IS doing that right now. Before the Nothing2Hide fiasco, news broke about Citizens of Accountable Governance Malaysia (CAGM), an organisation that offered RM1 million to anyone who could expose Mahathir’s ‘hidden millions’.

Are these guys FOR REAL!? Who are they? Why are they doing this? Why now?

CILISOS found their blog here, and surprisingly, it has the phone number of their chairman, Mohd Zainal Abidin. We tried calling him to kepoh about their daring conquest and even MORE SURPRISINGLY… 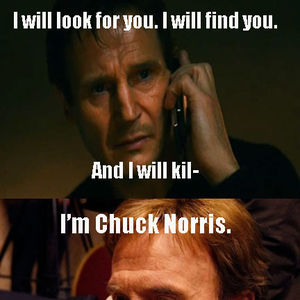 After getting over our initial surprise… we actually composed ourselves to ask Mohd. Zainal 6 questions about CAGM. Most importantly…

1. Where did they get the RM1 million reward they’re offering?

“Some of our members pledged RM500, some more. With 2,000 members we have collected more than RM1 million,” – Mohd Zainal.

Oh ok. That was easy 🙂 Next question then.

2. Who are these CAGM flers?

From The Malay Mail Online

Since appearing in the news, CAGM has been criticised for a number of things and one of their more prominent critics is Lim Kit Siang, who suspects some deeper conspiracy to blackmail Dr. M into keeping quiet about Najib.

So we’d loooove to tell you more about them, but first disappointment here is that unfortunately, Mohd Zainal told us he was saving their photos for a major press conference TBA in a week’s time, so here’s a picture of the Justice League. Now about the group – CAGM is one month old and they’re based in KL. As mentioned in the previous point, they have 2,000 members all over Malaysia, but their main committee is made up of 20 people, including Mohd Zainal. The founders are all professionals and business people. Mohd Zainal, 45, is a lawyer himself.

“Before CAGM, me and a team were an NGO named Coalition of Concerned Citizens of Perak (CCCP).” In 2012, CCCP represented the people of Perak against the building of a multi-billion ringgit iron ore processing plant by Brazilian mining company Vale International. Story here.

3. What are their intentions?

Maybe their actions might seem suspicious at first to some. Why is this group from out of nowhere suddenly targeting Mahathir, who’s been retired for 12 years, just when Mahathir has been very critical of the current PM Najib Razak, lately? Not fishy meh? Well…

“We are here because we want to expose grand scheme corruption and mismanagement of money that goes all the way back to zaman Tun Mahathir.” – Mohd Zainal, Chairman of CAGM tells CILISOS

To be more specific, they intend to bring a citizen lawsuit against Mahathir for RM50 billion. Secondly, they want the Government to issue a white paper on the financial losses under Mahathir, Abdullah and Najib’s leadership.

“We’re bringing a lawsuit because we want Mahathir to respond. We are going to step up our efforts to expose him. The information provided to us, we give it to law enforcement, like the MACC,” he added.

What is a citizen’s suit you ask? Well in Malaysia, we don’t have a ‘class action suit’, which is when a group of people (say smokers) wanna sue a big organisation (say tobacco companies) so the lawyers represent literally EVERYONE that smokes and they’ll all get compensated if the lawyers win. A citizen suit is when a private citizen takes action against another citizen, corporation or government.. It basically means allowing CAGM to be the people’s representative to bring a suit against Mahathir. 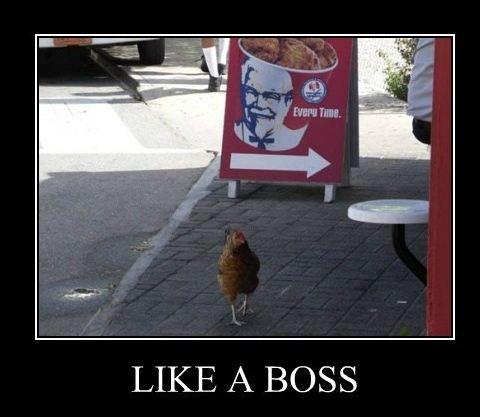 Yep. You heard it right.

Mohd Zainal claimed that they were not linked to any political party and that they are not (and have never) worked with the Government before. BUT they do know some people within the circle, so this is where a bunch of their information comes from. “We have a lot of phone calls and emails coming in every day. Sometimes we get rubbish – recycled information. We are approached by the public as well as people from GLCs. And they are disillusioned, you see,”

“They are well aware that petrol money cannot sustain us for long. But our country is so rich in natural resources, why do we have to struggle economically? Simply because there’s no money in the coffers because of systematic corruption…what we call ‘Mahathirism’.” – Mohd Zainal, chairman of CAGM.

But to build a case against anyone, you need to have solid evidence first, right? That’s why they’re offering an incentive for people to step forward.

NAH, BACA:
What actually happens in Parlimen if a PM gets voted out?

5. For the 20 years Mahathir was PM, why didn’t they go after him then?

Mahathir throughout the years… Images 1, 2 and 3 (from left) from a book. Image on the right from The Malay Mail Online

Kit Siang even asked if they were ‘sleeping’ for the past 12 years since Dr. M’s retirement, according to The Malaysian Insider. This is one of the criticisms CAGM faces and would like to address.

“The public is not reading between the lines. 12 years ago, we didn’t have freedom of press. Under Najib and Abdullah, they have somehow opened up the press a bit. So now people can question the Government.” – Mohd Zainal

From what Mohd Zainal told us, it seemed more like they were biding their time. Where criticising the Government was considered ‘dangerous’ and a playing field left to Opposition politicians a long time ago, the tables have turned. Nowadays, even the rakyat is holding politicians accountable through social media. In fact, we’d say Malaysians are a creative bunch coz we can even use memes to highlight current national issues.

Besides that, CAGM believes a lot of useful info is coming their way now.

“We have evidence that 1MDB is in fact linked to Mahathir. 1MDB, before it was Terengganu Investment Authority (TIA), it was called Wang Ehsan. It was started during Mahathir’s time. So Mahathir was instrumental behind the setting up of 1MDB. It’s because of the clash between Mahathir’s way and Najib’s way of doing things, so it’s all a power play. We want to expose that this issue is all interlinked,” – Mohd Zainal

So to Mohd Zainal, the TIME IS NOW, coz if not now, then when?

6. Then why not go after Najib first, then Mahathir? After all, Najib is the current PM. So why must go in that order? Then Mohd Zainal explained:

“The sequence has to start with Mahathir because he is the base of the current organisation. We can even skip Pak Lah because there was not much damage under him compared to the others. 1MDB is more damaging. Najib created 1MDB and Mahathir is calling the shots despite retiring 12 years ago.

If you want to go after Najib, fine. But you want to go after the person who PUT him there. Go to the person who is pulling the strings. Isn’t it logic that you take down the puppet master first? And we Malaysians listen to Mahathir – when he talks, we all clap. But we’ve forgotten the damage done by Mahathir. If you look at the bigger picture, there sits Mahathir. I’m saying let’s be smart Malaysians and go after then puppet master. THEN we go after the puppet.” – Mohd Zainal WAH. Not scared one meh?

Phewww! Is the air getting heavy? We listen to his words also feel like jelly adi. The best thing is that usually when we interview people about such topics, they want to be unquoted or anonymous – but Mohd Zainal gave us permission to quote him, so disclaimer ya *ahem ahem*. We’re talking about THE Tun Dr. Mahathir here. Look what happened to Anwar when he tried to tangle with him.

But you’ll be surprised… CAGM reports that they’ve been getting daily tip-offs from soooo many people from the start. They’re more than confident someone will rise to the challenge. “These fellers are smart la. The person with the key ingredient is waiting for the right time to step up,” said Mohd Zainal.

But… What if this was all really some ingenious plan by Najib? So far, so good. But what if there is more to CAGM than meets the eye? It’s hard to make a decision now since , well, everything we know is on Mohd Zainal’s own word (and we still don’t know what he looks like).

“Why should we care what people think? We’re not even asking the public for money. We just don’t want to see the country going to the dogs,” – Mohd Zainal Since we got no photo, here’s CILISOS editor’s artist rendition of Mohd. Zainal Abidin.

If there’s one thing you have to admire, it’s his bravery. In an age when everyone is going anonymous (Like for CILISOS May 13 feature), it’s nice when someone is willing to stand up and be counted. And because it’s available plain as day on his site, here’s his contact. Although they’re not asking the public for money, they’d welcome information and tipoffs.