Ever since Pakatan Harapan won GE14, we’d see 1MDB crop up in the news every now and then, usually related to Jho Low or Najib Razak. However, with other developments such as the upcoming Cameron Highlands by-election taking up more newspaper space in recent weeks, you might have missed this 1MDB-related piece of news:

Okay so unless you’re a constant reader of the news (if you are then congratulations, that makes one of us), you might not know who Roger Ng is. In which case, you’d probably be surprised to know then that…

With Jho Low and Najib pretty much the poster boys for 1MDB due to their lavish lifestyles and attempts to cover their tracks, Roger Ng Chong Hwa, a 52-year-old former Goldman Sachs employee, has however somehow managed to stay pretty low profile. Despite that, he’s allegedly been involved with 1MDB all the way back when it first started. 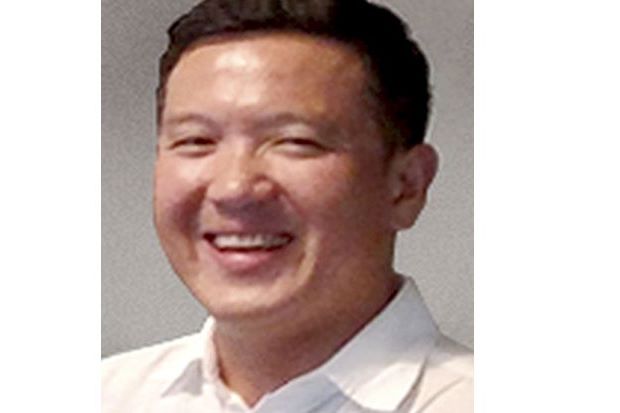 Roger Ng. Image from The Star

In 2008, the Terengganu govt decided to start the Terengganu Investment Authority (TIA), which was a sovereign wealth fund but specifically for the state of Terengganu, kinda like a mini 1MDB. We say mini-1MDB because in July 2009, the Ministry of Finance would take over the TIA and transform it from a state sovereign wealth fund into a national one, making it the 1Malaysia Development Berhad (1MDB). But going back to the TIA for a bit, it was during this time that Roger apparently first made himself known to those in charge of the funds.

The Terengganu state govt hired Goldman Sachs as an advisor during the founding of the TIA. It seems as tho Roger was there on behalf of the bank, and as TIA became 1MDB, Roger – together with Tim Leissner, another former Goldman Sachs employee involved in the scandal – would meet up with Jho Low. Roger apparently even got promoted to managing director, as he helped Goldman Sachs get more and more deals from 1MDB. However, his biggest role in the 1MDB saga was yet to come – Project Magnolia.

Roger and co set up a huge bond deal, and then took money from it

Project Magnolia was a bond deal that the American bank helped set up to raise a whopping USD1.75 billion for 1MDB. You can read more about this here, but basically Roger and Leissner, together with Jho Low and officials from 1MDB, allegedly met with executives from a Swiss bank over lunch in Singapore’s super atas Taste Paradise restaurant. There, they convinced the Swiss execs to take part in the bond deal. Now this bond deal would’ve been good if it helped with 1MDB’s original goal of investing in energy projects and real estate to help the Malaysian economy.

We weren’t kidding when we said it’s super atas. Image from SingSaver

However, according to Bloomberg as well as the US Department of Justice indictment papers, just one day after the bond deal was signed with the Swiss execs, USD577 million would end up in that Swiss bank, in an account belonging to Aabar Investments PJS Ltd, the company that was being used to siphon money off 1MDB bond deals. We also found out from the US DoJ indictment documents that days later, USD275 million of that initial money siphoned off would be transferred again, this time to a shell company owned by Jho Low.

As for Roger, he himself got a cut of the money – USD24 million would allegedly be given to an account owned by Roger’s relative within the next three months following the closing of the deal. It’s also been claimed that Roger had to bribe officials in Malaysia and Abu Dhabi to help ease the process of getting the bond deals done. Thanks to all his um, ‘hard work’, Goldman Sachs would even apparently give Roger and co some sweet year end bonuses cos he managed to structure Project Magnolia in a way that seemingly forced 1MDB to pay more in fees to Goldman Sachs.

“At this time, Ng, Low and Co-Conspirator #1 (Tim Leissner) expected to keep some of the diverted funds for their personal use, and understood that other Project Magnolia funds would be used to pay bribes to government officials in Malaysia and Abu Dhabi and elsewhere in exchange for their assistance in obtaining and retaining business for U.S. Financial Institution #1 with respect to the execution of the bond transaction…,” – as quoted from the US District Court Indictment document Roger, Jho and Tim Leissner. Srsly tho is that the only pic of Roger Ng online..? Image from KwikNews

There would be two other bond deals involving 1MDB and Goldman Sachs that were mentioned in the DoJ indictment forms against Jho Low and Roger Ng, however while Roger at the very least apparently knew about these other deals, his involvement seemed to be a lot less, with Bloomberg even reporting that he wasn’t involved at all.

NAH, BACA:
Najib, Anwar and Dr. M have all boycotted this world leader... Why?

That being said, Roger’s alleged involvement in Project Magnolia on top of him bribing officials in Malaysia and Abu Dhabi meant that even his reduced further involvement in the scheme wouldn’t save him, and he might have known that too, judging from how…

Maybe it’s a sixth sense, maybe he got a warning, maybe it’s Maybelline, but Roger and co-conspirator Leissner would leave the American bank in 2014 – less than a year before the missing funds in 1MDB would make headlines around the country.

He would later go on to become a managing director for Asia at Celsius Holdings Inc, an energy drinks company that Leissner is an investor in. It’s also been reported that Roger and his wife were living in a fancy gated community in Damansara Heights, Kuala Lumpur. With houses there going from anywhere from RM5 million to RM25 million, it seems as tho that USD24 million that he got probably came in pretty handy. That being said, some reports have pointed out that he’s actually a pretty nice guy. Roger was apparently quite a polite and respectful person, and was quite okay with letting Leissner get the personal acclaim for the deals even tho they worked together. You might think that most Wall Street bankers are loud and arrogant judging from Gordon Gekko’s ‘greed is good’ philosophy, but seems as tho Roger was the odd one out… personality wise anyway.

None of his pleasantries could save him tho as in October 2018, the US District Attorney’s office filed an indictment against him and Jho Low over Project Magnolia and the two other bond deals that Goldman Sachs and 1MDB carried out. By November, he was arrested here in Malaysia after the US authorities requested Malaysian police to do so.

He’s set to be extradited to the US to face charges of money laundering and bribery. Furthermore, he and his family are also giving up SGD40 million to the Singaporean govt, which the Singaporeans would then give back to the Malaysian govt. Roger has also pretty much admitted that he played a part in bribing officials and that he helped to organise the bond deals in ways that would also get Goldman Sachs more money thru fees.

While he waits to be extradited to the US to face his charges, Roger remains in prison for now as his attempt to get bail had been rejected. For now tho, we’d only get an update on Roger’s case on Jan 22, where the court is set to hear an update on developments in the extradition case. It’s also perhaps worthwhile remembering that, despite emotional sentiment, everyone is technically presumed innocent until their guilt is proven in court.

We don’t think Roger can just roll a double to save himself tho. Image from School of Motion

In the meantime, with Jho Low playing the world’s largest game of hide-and-seek and Najib currently battling his way in the courts to prove his innocence, Roger Ng might be the key for Malaysians everywhere to have some closure over the 1MDB scandal that has plagued us for so long.