As you may have heard, the gomen is going to implement a Tourism Tax nationwide starting from 1st of July 2017. The tax will be charged on accommodations such as hotels and hostels by a per room, per night basis. So if a few people stay in one room for a night, they only need to pay the tax once. The rates will also increase with the hotel ratings:

Most of the common rakyat are of course, not taking the news very well, because the tax will be implemented on ALL tourists, meaning both local and overseas visitors. So it doesn’t matter if you’re from Sibu or Cebu, staying in Kuala Lumpur or Kuala Gula, the tax you kena is the same.

Before we start paying the extra ringgits even when we just wanna go Penang or Melaka for some food, here are 4 things to know.

1. How can the gomen simply impose a tax like this?! 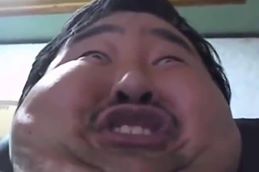 Well, actually… they didn’t simply impose a tax like this. The law is coming into power because the parliament actually passed it around mid-April this year. In fact, it set a new record for the longest session in the Malaysian parliament, because they were also debating a bunch of other bills, and the whole session lasted almost 20 hours.

Previously, reports say that the tax will be implemented on August 1st, and registrations will begin in July 1st, but Tourism and Culture Minister Mohamed Nazri Abdul Aziz later said it will begin July 1st.

“Parliament is the supreme body in the formation of a law. So, once the bill has been passed by Parliament, it will be automatically gazetted after 30 days.” – Mohamed Nazri Abdul Aziz

But eh? How come people weren’t so angry about it when it was passed? It was as if no one noticed it at all. Turns out, not many details were revealed when the Tourism Tax Bill was first passed by the parliament. Nothing about which accommodation it would affect, or even if it would apply to Malaysians. In fact if you look at the bill now, the rates to be charged is actually not fixed, because it’s up to the minister to determine the amount.

“The Minister may, with the concurrence of the minister charged with the responsibility for tourism, by order published in the Gazette, fix the rate of the tourism tax to be charged and levied under this Act.” – Section 8(1), Tourism Tax Bill 2017

It was only recently that the Customs Department posted the notice with the details (but it was taken down shortly), so that explains the “surprise” and the delayed outrage. This is obviously on the minds of many tech smart travelers, and also the main concern for the Malaysian Association of Hotels. Already worried about the weakening hotel occupancy rates, hotel operators are concerned that it will give other hospitality service providers such as Airbnb lodgings, guesthouses and homestays an unfair advantage.

” … if you go to agoda.com, there are over 8,500 premises available for booking at any one time. This is not counting the 5,000 plus accommodations listed on Airbnb,” – said Malaysian Association of Hotels (MAH) president Samuel Cheah Swee Hee

The MAH president also said that the gomen will be taxing Airbnb, and unlicensed hotels(?!), but they were not given details of how that might be carried out. Only Airbnb was mentioned by the MAH president, but what about other services? No one really knows how it will apply to online services, because if we refer back to the bill, it simply says:

“…it shall be the duty of every operator who provides accommodation to a tourist in an accommodation premises to collect the tourism tax from the tourist.” – Section 7(1), Tourism Tax Bill 2017

However, it was made clear that non-commercial facilities such as homestays and kampung stays registered under the ministry, educational and religious boarding schools will be excluded from the tax. Also excluded from the tax is whomever the Finance Minister says is excluded.

3. How much money does Malaysia’s tourism still need?

Tourism Malaysia has been THE spokesperson of Malaysian tourism even before the creation of the Ministry of Culture, Arts and Tourism. By reading the words you can already hear the “Malaysia truly Assiiiaaa” tune in your head. Minister Mohamed Nazri Abdul Aziz has said that even though the funds for tourism have been reduced this year, tourism is still a priority for the gomen.

NAH, BACA:
5 super weird things about this company that allegedly got a RM90m Tourism Malaysia deal

The purpose of the tax is to “develop the tourism industry, namely the enhancement of tourism infrastructure and facilities, as well as tourism promotional activities and campaigns for the country”. Currently, we have the capacity of 11 million “room nights”, across 4799 hotels. The gomen is expecting to collect up to RM654.2 million from the tax, if we can achieve 60% occupancy rate. If we could go up to 80%, that would be bumped to RM872.82 million!!

If that trail had a few more colours it would make some people very angry. Image from travelandtourworld.com

But the hotel industry seems to think that the gomen’s estimate is far too optimistic, because the MAH president said the average occupancy rate is only 35% to 40%. Either way, it is going to be a lot of money, considering Tourism Malaysia spent RM683mil in 2014. From that amount, RM488.38mil was spent on promotional purposes, and the agency actually operated on a loss of RM103.36mil. A large amount of the money was actually spent to promote MyFEST 2015, which is why there was such a huge difference in loss between 2013 and 2014. While we don’t know what is the actual proportion spent between promotion and development of tourism, it’s hard to say whether the amount of money spent on promotional activities is too much or too little, since it only serves to inform.

The number of tourists visiting our country has been increasing every year, generating up to RM82.1bil in receipts, but is there a limit to spending on campaigns? And how would we know if it’s being spent efficiently? Tourism Malaysia’s has not had a clean reputation either. Its current director Datuk Mirza Mohammad Taiyab has been investigated for multiple charges of corruption, and the MACC is currently probing the agency for another breach of trust.

4. Would it scare tourists away from Malaysia?

The idea of tourism tax is not a new one. Spain just introduced a tourism tax with a similar system in the Balearic Islands last year. France and Switzerland, two very famous travel destinations worldwide also already have a tourist tax system in place since 1994/1995. You are even required to pay the tourist tax (€0.83) in Paris if you book a place through Airbnb. What’s more, it is charged based on a per person, per night basis. Some places, like Austria, do not charge those under the age of 15, while some have exemption for workers and those who are seeking medical treatment. Many countries tailor their own tax system, but it seems to have little effect on their popularity. France is still the most visited country in the world, even after taxing tourists for so many years. Additionally, with the current exchange rate, most foreign countries probably wouldn’t sweat about an extra RM5 in a 3 star hotel.

As for us locals, if we can’t afford to fork out the extra money, we could probably reduce a 3 day trip to a 1, or just stay somewhere with less stars la. After all, on top of GST and sometimes heritage tax, the tax is barely high enough to make us consider traveling overseas… yet.

Many are unsure of the tax, but they want the gomen to be more inclusive in making decisions 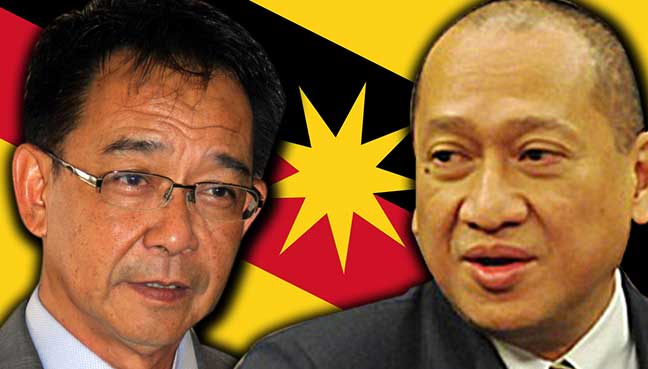 While there hasn’t been much criticism of the tax itself, there have been a lot of dissatisfaction with the way the gomen has introduced the bill, particularly from the Malaysian Association of Hotels and East Malaysia state gomens. As mentioned previously, beside the lack of information and details, hotel operators are also concerned of the cost they will have to bear for upgrading their systems.

As for Sabah and Sarawak, despite being promised an equal share as West Malaysia from the tax collected, they said that this forceful introduction is a violation of the constitution, and the gomen should have sought their approval. The issue even sparked a verbal sparring between Mohamed Nazri Abdul Aziz and Sarawak Tourism, Arts, Culture, Youth and Sports Minister Datuk Abdul Karim Rahman Hamzah.

In response, Sarawak withdrew itself from the Malaysia tourism board, and said they will decide for themselves whether they should implement the tax. Mohamed Nazri Abdul Aziz was unfazed, and said they would continue promoting Sarawak with or without the Sarawak gomen.

“The subject matter is higher for my ministry to handle because tourism is about state’s rights.” – said Sarawak Tourism, Arts, Culture, Youth and Sports Minister Datuk Abdul Karim Rahman Hamzah

As for West Malaysia, we will soon see the tax introduced, most probably on the 1st of July, because the tourism minister may want to give the hotels more time. Otherwise, we’ll just have to wait for time to tell us how well this will turn out.