Heads up, ugaiz! Valentine’s Day is just round the corner, and if you’re clueless about what to gift, read on. A week ago, we asked our readers to tell us the most teruk, the most SALAH V Day gifts they’ve received. TBH, we facepalmed so many times reading the entries!

And that’s exactly why our new sponsor, Panasonic Beauty, wants to step in to help clueless blokes figure out better gifts in this season of romance and appreciation. They’ve got a bunch of pretty, practical products that your date may love, like an eye-warming massager if she’s always staring at her computer, a pocket manicure set if she likes doing her nails, or even an epic head-massager for a spa-like treatment at home. (Check out more products here! ?)

Aite let’s get down to business. Here are the 10 best (actually, more like the WORST) entries we’ve received: “I thought it was cute, until he told me it was his used underwear and I could smell it if I missed him.

When I told him to take it off, he said that he had already rubbed his scent all over the teddy bear. Needless to say, it was the end.” – Shirin J

Err can somebody say, CONTRACTABLE DISEASES?!? There’s so much salah going on here, we don’t even know where to begin! And since this is a sponsored article, we’ll leave it at that.

Shirin tells us that she ended up throwing the bear (and briefs) away. Gone. Boom. Habis. Smart girl.

2. A saucy gift set… given by the girl he was cheating with When Still Furious (the pseudonym she requested to use) sent in this entry, we were completely shellshocked. Here’s what happened.

On V Day, her guy gave her a basket of some saucy, sexy bath stuff: massage oil, skin cream, shower gel and a bath sponge. Sounds pretty nice, right? She opened the gift when she was alone at home, and found a hidden note:

My Hunky XY, I can’t wait to use this on your sexy body! Love, XX

But that didn’t sound like something her guy would say. As it turns out…

“He was cheating and regifted the gift the other girl gave him!

We were having dinner the next day, so I casually dropped the girl’s name into conversation and watched him squirm. I ordered expensive dishes after giving him the impression it was my treat. When we finished eating, I took the note out and gave it to him saying, “This is to pay for dinner” and walked out. We never contacted each other again.” – Still Furious

We don’t know to laugh or cry, but oddly enough, we’re also feeling Furious over this. Gurr, you show him.

3. Broccoli and a paper ring Image from mumscalling.com, for illustration only

“On Valentine’s Day, he gave me broccoli as a flower and a paper ring without a dinner. The purpose? Because I like eating broccoli, and the paper ring is eco-friendly. I was disappointed and pretended like it was funny.” – Ooi SW

Okay. We had absolutely no idea that people actually do this! As it turns out, broccoli flowers are a real thing. While they definitely have the shape of a posy, and are 100x more functional and nutritional than 12 stalks of roses, errr…. maybe keep it for the kuali, at least on Valentine’s Day?

4. The uncomfortable request to botakkan him 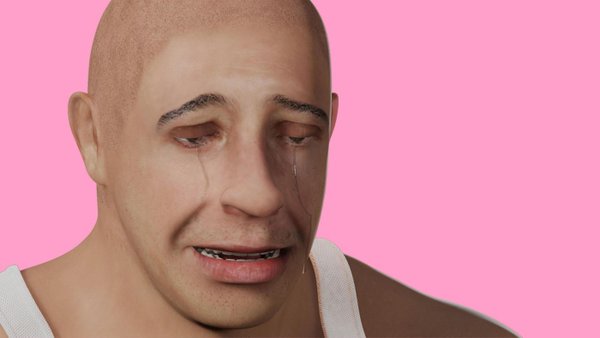 “He was upset that I had expected something (anything) special on Valentine’s Day. I didn’t expect a very atas dinner or a lori sampah-ful of roses (keep in mind we had been officially together for more than a year).

In fact, since we were both students, I was perfectly fine going dutch at a random McDonald’s or mamak lah. Instead, he took it upon himself to make me “hurt” him by shaving his head with a razor. When I refused… he cried. #truestorybro #neveragain” – Nish

Okay that was a wee bit weird, BUT didja know that shaving of the head has a very deep meaning to it? Over generations, people have shaved their heads for various reasons: religion, class, honour… But most times now, people shave their heads to show solidarity and dedication to a cause. 🙂 Amanda’s date was going pretty awkwardly on Valentine’s Day, since he barely asked anything about her except when it came to ordering food. But towards the end of the dinner….

“He whipped out my present and low and behold…. it was a box of toothpaste. Along with it, was a note (I thought it was a love letter. I was so wrong). It turned out to be a freaking note about all the properties in the toothpaste (which he copied from the box itself!). I never spoke to him ever again.” – Amanda L

Well, at least she ended up using the toothpaste cos toothpaste not cheap okayy.

P/S: OMG we were shocked to find out that our Editor received toothpaste for Valentine’s Day too. But his response: “Ok what. It’s a good gift!” “He bailed on our date, apologized through text and in the same message told me that he didn’t “feel” this relationship anymore.

The reason he bailed was because he was on a V-day date with another girl, that they’ve been dating for 3 months already, just stupid bullsh*t then a sh*tty goodbye, so.. yeah.” – Ally

Sigh. We felt so sorry for Ally while reading this. Not only did he lead her on while cheating on her with someone else, but he chose the worst way to break up: through texting!

There are a hundred different ways of breaking up with someone, but we believe that it’s super important to do it as gracefully as possible. It’s a sensitive situation and may make or break a person, so it wouldn’t hurt to read some handy lil guides first. Or, most importantly, don’t cheat la. 🙁

7. The lamest ‘love’ package, ever Guy X, whom we’re guessing is a fellow intern in the company, has been trying to tackle Vera all throughout her internship. He borrowed her limited edition textbooks, which she treasured cos they were imported and expensive.

Then came Valentine’s Day when Guy X had a huge surprise for her, adding that she’d love it. He passed her a box filled with her textbooks, mints, and a CD. But here’s why it was terrible:

“My precious books were all dog-eared and I wanted to SUPER SAIYAN him on the spot.

I gave him back all the mints which he got for FREE from the office counter. Since he smokes, I told him that he stinks and needed it more.

As for the CD of love songs, he basically copied all my favourite songs from my computer and burned it to a CD.” – Vera

And like he wasn’t clueless enough, he even asked her for a dinner and a movie. The actual RM1 note given by her husband. Photo from Kawsalya

It was Kawsalya’s first Valentine’s after getting married to her husband, and she thought he had hid her gift the night before.

“Before I sent him to work, I asked him for my gift but he said that he didn’t buy me anything. I didn’t believe him since it was our first Valentine’s Day as a married couple, and expected a fancy gift.

But instead, he opened his wallet and handed me an RM1 note, and kissed me. I was quite upset at that time because I didn’t expect it, but I’m still keeping the note as it was my first gift.

Well, you know what they say… It’s all lovey dovey until you get married! Nah, we kid. Some of our parents are still romantic, even till today. Sometimes a bit geli also.

But although Kawsalya’s hubby gave her a RM1 note, a gift is a gift and it’s nice to see she hasn’t used for parking. Keep it forever! <3 “No idea why I got this. It’s funny in a way and it’s weird on the other. I don’t read Japanese and it’s all about poop. (Poop encyclopaedia)

First we were like, OMGBBQPTPTN WHY SO BAD GEH. But then we remembered that doing your business, is actually preeetty serious business. We should be pretty mindful of how our poop looks like, cos it’s nature’s way of giving us the lowdown on the party in our body.

Shapes, sizes, texture, smell…. they tell us if we’re dehydrated, if we’ve had too much fat, if we’re having too much food colouring; all that and more. So maybe, just maybe, Catherine’s bae is actually an incredibly caring sweetheart? Heh :o) Click to view full infographic and learn about your pupu.

10. A box of rotten mangoes Here’s Matthias – 17 years old, crazy mango lover, single. His mother wanted him to experience the joys of Valentine’s Day, so she ordered a box of Pakistani mangoes online for him. (So sweet right? The mom, not the mango.)

But things went wrong when the shipment got delayed. The mangoes arrived 6 days later than expected, and here’s what happened:

“While I was doing my homework on V-Day, my mom surprised me with a box which had mango shaped logo. Feeling super excited, I took out a razor blade to cut the thick tape that sealed the airtight box.

Immediately, a pungent smell of ferment filled my room. I continued to rip out the sealing tape from the box and was greeted with the strong smell of rotting fruit.

I was very dismayed to see a lot of mangoes which were rotten and black coloured. My mom and I had to close our noses because the smell was horrible.

After scrambling to get out my room which was starting to smell like a garbage dump, my mom started to laugh her head off in attempt to cheer me up. My room smelt like a garbage bin for 2 days.” – Matthias T

It may have smelled like utter death, but this story is so adorable it could melt any Valentine’s grinch’s heart. And this just goes to show that Valentine’s isn’t just for lovers – it’s for people who love each other. #cueAWWwww 🙂

So… please don’t get any of those, k!

Valentine’s Day is all about loving and appreciating your special someone, so let them feel the looooove! But whether you’re giving her a skin and hair ioniser, a sports car, or a simple home-cooked dinner, the most important thing is being sincere while you’re at it.

But… err… janganlah sampai used underwear on teddy bear all. Just stick to the regular: