*Disclaimer: If you buy this and don’t Huat, it must be because  your car seat not facing West.

WOOHOOO CNY HUAT HUAT much lucks! We know it’s been a tough year for Malaysians, so we decided to team up with our homeys at  Volkswagen Malaysia to cheer up the loudest public holiday in Malaysia!  With many Malaysians down on their luck, , we decided to talk about the one last bastion of Malaysian luck: lucky car number plates.

As ugaiz already know, Malaysians have a serious thing about lucky car plate numbers with all the feng shui calculations thingamajig. In fact, you wouldn’t believe the most expensive number plate CILISOS found online:

Well, we may be living in modern times but superstition still plays a big part in our culture. 🙂 Feng shui is still a massive part of the Chinese lifestyle, and it has even spilled over to other races. Even angmohs like Bill Gates and Oprah practice it, okayyy.

Which is why, in this year of the monkey, Volkswagen is hosting a playful little thing called the CAR-O-SCOPE. Everyday, there’s a new ONG opportunity to help align the luck of your car for this year.

To help this along (and for the non-believers), Volkswagen is also offering awesome rebates for trade-ins on their Passat, Jetta, Polo and Beetle ranges. Check em out HERE!

Ok, let’s get down to the fun part! 2 weeks ago, we asked ugaiz to come up with the most creative, most ‘ong’ number plate for Chinese New Year (cos we all can do better than ‘D7’ la let’s be honest). Here are our 10 best entries:

PS: All these photos are not real ya? #fotoshopgilerbest

1.  The most logically-ong number plate

We friggin love this entry, man! If we ever struck a lottery, we’d clear off all our debt and live a life with no strings attached. No credit card debt, no mortgage, no PTPTN loan… In fact, Malaysia has a rising household debt of 88.1% (as of last August), and our national debt is RM600,037,676,854 and counting! Seramnya.

If ‘feeling lucky’ could be put in words, it would probably be how it feels to have our paychecks all to ourselves. #wishfulthinking “In Malaysia, we are not satisfied having just one V in ‘VIP’, we add an extra V in front to make it ‘VVIP’. So, WV may also look like it has a triple V, lagi power, which is short for Very Very Very.

As for the 480 NG behind, the number 48 represents the phrase ‘sibeh’ which in Hokkien also means ‘Very’. The 0 NG behind when combined, reads as ONG.

If you don’t speak Chinese, you’re probably thinking that ONG is someone’s surname. But actually, in Hokkien, ONG means luck, which is why you’ll hear this word being repeated during this season. In fact, even pineapple tarts are considered lucky since they’re translated as ‘ONG LAI’ (Hokkien for ‘luck come’). 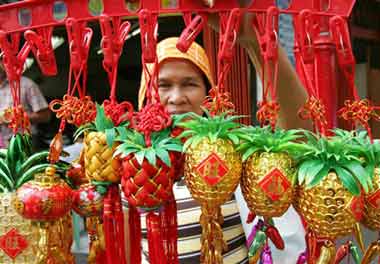 “7899 means, 7=grow, 8=prosperous and 99= forever and ever. S means success and it comes before and after growing prosperous forever and ever. Total the alphabetical numbers together and we get 33, and it’s the most ONG number of any double repetitive numbers.

At the same time the letter S is the 19th in the alphabetical order. 1 to 9 summarises what I’m talking about. You start at 1 and finish at 9, that’s a complete life.” – Surentran Somasundram

Surentran even has a justification for it: if you add the two S’s together, you’ll get 38. Adding 3 + 8 will give you 11, which can be superimposed onto the two S’s to get a dollar sign: $. #MINDBLOWN

That’s by far the most in-depth, analytical entry we’ve received, proving that the concept of numbers in feng shui is a highly charged one. And er…. if anyone wants to buy any of these numbers, we reckon you go with this one la.

4. The genius BM one no chinese fler woulda thought of Thus, ‘JGN 7676’ is literally pronounced as “JANGAN TERJUNAM-TERJUNAM”, or “don’t plunge!”. This is my Ong plate number since I’m literally praying (for my fortunes) not to plunge. *coughs* ” – Mohd Azlan bin Abdul Manan

Ok ok we know Chinese people reverse this then will giggle, but we actually quite like this entry yo. With Ringgit terjunam more every day, we would totally use our banana money to buy this number plate! Also another thing to note about the Chinese culture: when translated, certain phrases can be SUUUPER cheesy:

Well…. at least we keep it to less than 10 words. Unedited image from J&Y Productions

Well Chang, congrats – you won this not because you have ‘Huat’ in your name, but because your mind is 4896 (sibeh kao lat, or super powerful). Wishing you extreme sky cloud soaring of health! “This reads as Wa! 1st 4D. You may bet a few Ringgit on this number to get yourself a fatty CNY. You are welcome.” – Frederic Chiew

We all know that it’s a Malaysian habit to buy 4D (lottery) whenever they see an accident/a bird poops on their head/something extraordinary happens in their day. But the question is… does it actually work?!

“ONG128U means luck wants to ate (eat) you. I am not banana, I am coconut btw.” – Yudisthra M. Ganeshadeva

Almost all of CILISOS’ Chinese staff are bananas and it gets pretty problematic sometimes, but we’ve made it a point to try harder this year… especially now that it’s CNY. Lest we will face the wraths of our khau-fu/ku-jie/sai-yee/tai-sok dan lain-lain. O___O Basically the whole number plate means, “You are wealthy because you’ve earned it”. ADa Wang 8887.. Geddit? Geddit? Someday that number plate might be on a Ferrari, but now it is for my loyal old car. ;)” – Jorji

We thought this entry was so cute that we didn’t need to add anything to it. Oh except this… “CIL 1505 means Cilisos lah wey! What else, of course our favorite website! (Bodek is a must)

ARGH. Conflict of interest! Number not very ‘ONG’ la so we can’t give you an official prize, BUT the CILISOS team was so touched that you submitted this that we made it into our featured image! So we’ve decided to give you something from our own pockets: a CILISOS t-shirt!

Congrats to all our vvinnners!

We had over 100 entries (new CILISOS record!) so it really wasn’t easy finalising the winners. #humblebrag #itsbigforasmallcompany We’ll be reaching out to you via email very soon, so don’t forget to check your inboxes k. Sponsored content aside, if you’re travelling, whether near or far, please don’t test your luck la k? Please have a safe, enjoyable drive this season 🙂

Oh but if you wanna test your luck in other ways, don’t forget the standard rules: wear red underwear, look for the numbers 8 and only 8, and eat as many mandarin oranges as you can. From all of us here at CILISOS, Happy Chinese New Year! Huat ah!