[Ed’s note: This article was first published in 2014. Republishing cos we malas to write new story. #ihatecilisos]

The World Cup, a once every four years celebration of the beautiful game, watched by billions across the world, even by your amma who doesn’t know the first thing about football.  As Khairy Jamaluddin reminded us, part of the joy of WC is to ponteng work because you are too tired after an awesome match.

If you’re a pro at this, finding excuses to slip past your boss will be second nature. If you’re really lucky, you’ll have the kind of boss who’ll want to ponteng with you. But we all can’t be that lucky, so we do have to come up with excuses so that we are not eating into our precious “annual leave” stock pile (because that is reserved for more important things, like actual emergencies). The consequences of getting caught are dire, but we still do it anyway. 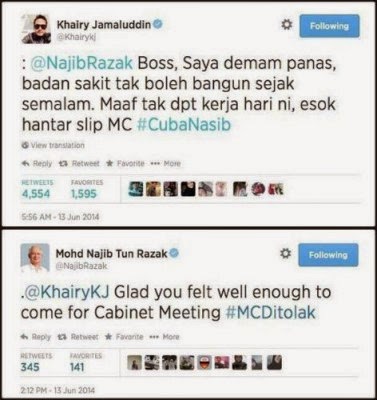 Lacking imagination? Here are some tips from some of the celebrities I have contact with (I know what you are thinking, ‘what do they know about work’?)

Host of ‘Thank Friday It’s Football’ and ‘Life’s A Pitch’ on BFMradio. Host of Malaysian Football Weekly on Sports247fm. “It is always the shits for me”.

The oldest trick in the book. Nobody wants to be working next to a bipedal sludge volcano. Watching someone writhe in diarrhea-induced agony while pouring sweat all over their keyboard is annoying, and uncomfortable. Especially since you are likely spending the entire time imagining yourself getting whatever parasite is currently sucking the soul out of your co-worker. Using it too frequently will make you look like a lazy bunghole that is just too lazy to pull your weight in the office. This is one of the few abused excuses that will actually be obvious, and you could earn some nasty nicknames or a new pair of undies from the office Secret Santa. “Women problems la… so easy, no one questions it”

This excuse is the one reason I wish I was born a woman (OK, there are better reasons but let’s not get into that right now). You must either be an idiot or have some pretty impressive brass balls to use this excuse as a man (although every man can understand if you meant your wife). “If you want to be devilish, a deceased grandparent is a great way to get a day or two off”.

Killing off a relative is always easy, not literally though, just lying that they have passed on. Don’t use a direct relative because most companies have a compassionate leave and require proof (ie. death certificate), but a grandparent, uncle, aunt, cousin or friend is ok. You got to be some king of sadist to kill off someone though, but there are still some of us who do it without flinching. Cue George R. R. Martin. 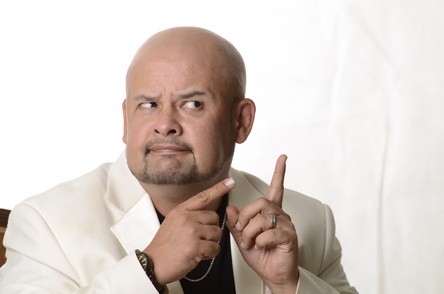 “I slept early then my baby woke me up at midnight, 3am and 5am saying he wanted me to read his Dinosaur books to him, which he only likes if the TV was on at the same time.

I was forced to watch the 3 games on that night although I really didn’t want to. Then he decided that I had to sleep with him once the game had… err I mean when I finished reading to him”

A+ for being ‘honest’. And the rambling might just make your boss become bored and zone out before he sees the holes in your story. Actually the honesty and cuteness of your baby (assuming you have one, if you don’t then be prepared to rent a baby for office family outings) might compel your boss to ‘close one eye’.

But this can only be used once, next time you do it will have some repercussions, your boss might be lenient the first time, but the second time is really testing the IQ level of your boss. 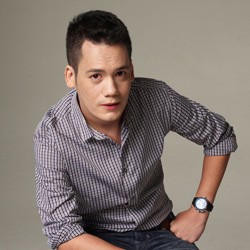 “I usually use the broken down car or an accident”.

Car troubles are pretty safe as long as you only use it once or twice during your employment with a company, otherwise you look like either: a) A bum or b) An unimaginative liar. The lie would be a whole lot more convincing if you drive a certain car that starts with a ‘P’ and ends with a ‘ROTON’. Used correctly, no one will ever know if you spent the day sleeping off that post world cup hangover. If you really want to look legit, tell your boss and coworkers which (imaginary) part broke on your car, and how much it cost. 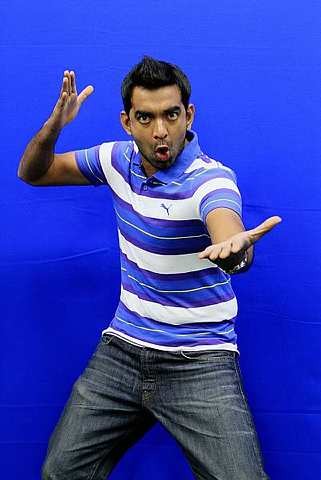 “The dentist appointment gets you a few hours off”.

This is different from a doctor’s appointment in terms of credibility. Unless you are getting half your face removed, your boss will expect you to get your sorry butt back to work. If all you need is a four-hour nap, this excuse is as safe as they get – unless your employer requires an MC, in which case you need a new job where you aren’t being treated like a four-year-old.

Radio host for ‘The Red Breakfast WTF’ on RedFM. 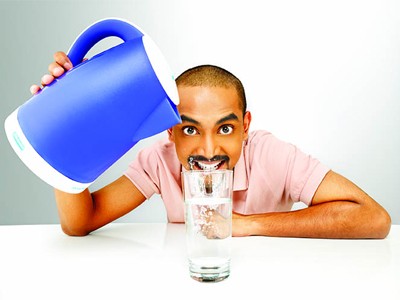 “My neighbour’s wife went into labour and her husband was away on business. So, I had to send her to hospital and make sure everything is ok.”

A nice ending to that story would be that the neighbour decided to name the baby after you. I am starting to think that these celebrities do not lie very much.

Using stories like this could be so absurd that they actually work. I mean, it would be deemed too crazy to be made up, right? Although prepping a call to your phone and answering as though you are talking to the hospital could make this story impossible to doubt. “As I was going to work, I saw a cruise ship and the captain was ill… and he asked me to sail the ship while he rests in a hospital”.

There are tears coming out of my eyes. There will be in yours as well while you pack you things from your desk while you search the millions of job postings online. This mentalist needs a book of excuses for Christmas.

Let’s say your boss buys this excuse and you get off work, WOW! You are a marketing genius. Quit your job and start working with the big boys or an MLM company.

Excuse me while I continue to cough blood… 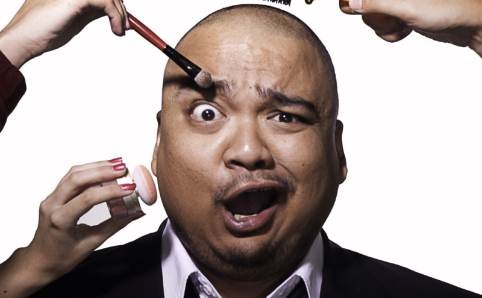 This is by FAR the most brilliant line. If you do show the productivity increase, heck, your boss might even make the home gig permanent. Unless your boss is more of a RickyLake kinda person…

I have never thought of using Oprah, the most influential person in the world, to suggest to your boss that you need to stay home so you can watch more late games. This line has just won the internet! “As I was riding my motorcycle, I ran out of petrol. As I was checking my bike, I ripped my pants and had to walk coyly through several malay kampungs, where they made fun of me, to a petrol station 2 kilometres away. Finally after the emotional and physical exhaustion, I decided to go home and cry in the shower”.

After he told me this story, I was so moved I told him that he could have the day off… or at least your boss might get a good laugh. This story is a bikers bread and butter, along with tyre puncture on the bike.

Adding your own personal twist to a story does spice it up and as mentioned previously, some stories are too crazy to be made up (I was assured this actually did happen at one point in his illustrious hotel service career). Hey, if you want to try this one, good luck lah… it might just work. As a CEO, yeah lah…. Easy lah, if you don’t show up to work also who gonna ask? CEO can lah… what if you are, let’s say… executive? Then you need excuses. “Say you have gout. How? You went to Penang and it was illegal not to eat a plate of char kuey teow. It had prawns. Prawns causes gout. No one has the authority to question your food choices in Penang”

Blaming the state of Penang seems to be all the rage now. Why not join in? It is true however that no one has the authority to question your food choices in any state, but this excuse will now earn you the vegetarian menu for the rest of your working career. “Need to take wife/GF to the hospital. Very bad stomach ache. Then ‘see see’ it’s just normal period cramps but then she made it seem like she was dying. Basically blame the girl la macha…”

Basically to use this you need balls of steel! First you have to deal with the fact that you need to tell your boss that your wife/GF is a drama queen. Second, if she finds out, you are done, your life will end abruptly. But then again, maybe your boss might even feel your pain and give you the day off, because lest we forget, your boss also has a wife/GF. Unless it is a woman boss, then she will see past your BS and sympathize with her instead and you come out the idiot. 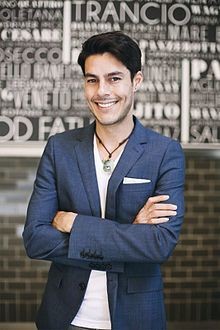 “A few days before the World Cup starts, I would slowly plant ideas in my boss and co-workers heads that someone has been following me. Then over the days the story will escalate to 5 guys following me.

Then one day I will ajak my boss out and hire a group of guys to kidnap me. That’s right. In front of my own boss. 5 big guys dressed in black with ski masks on will grab me and haul me away. After a couple of days, I will come back to work and say “hey I manage to escape, can I have my job back?”

Ah, finally, a well-planned scheme to get off work for a couple of days, maybe even a week if you are bold enough. But here are a few loopholes you might have to think about:

Share this article:
NAH, BACA:
Our politicians are fighting over this tabligh convention, but what is it exactly?