Say what you will about her and her products, but there’s no denying that Vida Beauty CEO and founder Datuk Seri Dr. Hajah Hasmiza Othman, better known as Datuk Seri Vida, has got some flair:

Besides being famous for raising a fortune from her Qu Puteh skincare line through clever marketing, she’s now gaining attention nationwide for her sponsorship of the Kelantan FA football team.

Now you guys must be thinking “woahhh, why is a sponsorship deal getting so much press in the Malaysian media?”. News channels usually choose to focus on the action on the field, but this story is blowing up like CNY firecrackers mainly because of her controversial conditions for her sponsorship. Y’all will understand why once you see what they are:

Yes, you read that right; this crafty lady marched right into the most religiously conservative state in Malaysia, made their macho footballers do the ‘Qu Puteh pose’ while wearing pink, and threatened to ‘take her funds elsewhere’ if they didn’t comply! #Rekt! 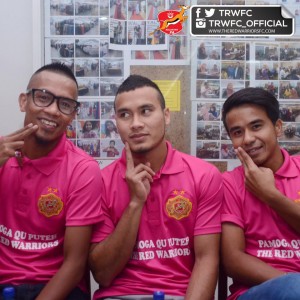 Now, regardless of whether or not you actually follow local football, you’re probably aware that our local football scene hasn’t exactly been in the best place for a while now. Our national football team, Harimau Malaya, lost 6-0 (twice!) to a country whose people dodge bombs on a daily basis, and are now stuck at an all-time low of 171 on the FIFA World Rankings.

So, while Datuk Vida’s demands have understandably upset quite a few fans, given the current state of our local football and its associations, could the Qu Puteh deal maybe, just maybe, be exactly what Malaysian football needs right now???

Here are 3 ways the Kelantan-Qu Puteh deal could actually be the spark that ignites greatness in our football once more!

1. Local teams are finally starting to market themselves properly Kelantan fans, bow before your new Queen! Image from: FourthOfficial.com

She may be a bit on the flamboyant side, but make no mistake: Datuk Seri Vida absolutely knows what she’s doing. Call her what you want, but she’s no newbie. She’s clawed her way up through the school of hard knocks; losing over half a million ringgit, making it back, and even coming back from depression after losing her two sons in a fire back in 2013. Today, she’s making crazy money marketing her products in Malaysia, Brunei, and Singapore. Bottom line: She’s tough as nails and an expert at what she does, so don’t mess with her.

In actual fact, while some of her demands may admittedly be a bit more extravagant than most, such changes are nothing new in the big leagues of the world. It’s not uncommon for stadiums of major teams to carry the names of their sponsors (i.e. Allianz Arena, Signal Iduna Park, Emirates Stadium), nor is it really a new thing for clubs to change the colour of their jerseys. 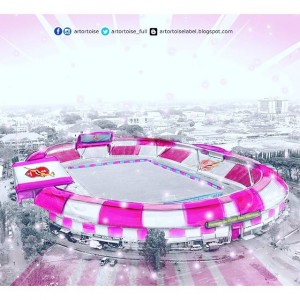 The point here is that the branding of Malaysian football has been stagnant for a while, and recently local clubs (especially JDT) are beginning to see the merits of a strong image and a recognisable brand, something which the most successful clubs in the world excel at. Notable examples include the brilliant Chevrolet FC campaign for Manchester United and this hilariously creative Qatar Airways flight safety video for FC Barcelona. Even Johor Darul Takzim (JDT) FC is getting in on the act with their take on an old Nike airport ad from 1998!

With an otai like Datuk Seri Vida taking over the reins at Kelantan, the effects are already beginning to show. Besides the much-needed funds being pumped into the club, Kelantan FA is rapidly gaining publicity thanks to the ‘pink’ gimmicks and association with such a huge brand like Qu Puteh.

Give it another few years and who knows? Spend the money right, and we could well have an internationally marketable football league able to attract more superstars, like China is doing with theirs. However, the overall standard of football needs to improve first, of course!

NAH, BACA:
Wah, so many people playing fireworks. Not illegal in Msia meh? Tunku Mahkota Johor, living proof that royalty can have swag too. Image from: The Malaysian Insider

If history is any teacher, then the most important lesson we can learn is that money always wins. Always. Why do you think no one ever attacks Switzerland?

In sports, the same rule seems to apply. Every time a football club is taken over by a multi-billionaire businessman/oil tycoon (usually Arab or Russian), a considerable degree of success usually follows. We saw this with Chelsea and Manchester City in England, Paris Saint-Germain in France, Johor Darul Takzim in Malaysia… the list goes on. Long story short, $$$ = trophies (most of the time).

Talking about Malaysia, ever since Tunku Mahkota Johor brought his megabucks to JDT FC, they’ve been consecutive Super League Champions two seasons running, and they even bagged the Asian Football Confederations (AFC) Cup recently. With JDT running riot, Kelantan’s Qu Puteh funds could prove to be a crucial addition to their war chest to mount a proper challenge to JDT’s seemingly unassailable position.

In fact, JDT’s cash splurging and Kelantan’s Qu Puteh contract have kickstarted a ‘sponsorship trend’ where more and more clubs are racing to acquire bigger sponsors, especially cosmetics companies. Clubs like Negeri Sembilan, PKNS and Selangor are jumping on the sponsorship bandwagon. Heck, even the Malaysian Rugby Union wants a slice of the cake!

With all this money flowing in, the hype surrounding the local football scene can only grow bigger and bigger. Which leads us to our final point… A common criticism of Malaysian football fans is that many of us know Lionel Messi’s goal-scoring record, Ballon d’Or tally, age, wife, son, etc., but we can’t even name 5 players from our Malaysian national team (don’t be shy!). To be fair though, it’s not entirely our fault. People want to support winners, hence why clubs like FC Barcelona and FC Bayern Munich are so popular.

The point of supporting a football club is to see them score goals, so, besides patriotism/nationalism, why would a fan have any reason to follow a team that lets in 10 goals and has to substitute their goalkeeper twice in the same game?

The only solution to the problem is for our standard of football to be raised (a lot!!!), and for our local teams to actually start winning stuff. We saw a huge spike in interest among both local and international fans when JDT managed to surprise everyone by winning the AFC Cup, and with the upcoming AFC Champions League, JDT will finally get their chance to prove themselves to the whole of Asia.

Now, with more and more clubs setting their goals higher, local football fans are slowly but surely starting to take an interest again. Datuk Seri Vida’s oddball methods have attracted both positive and negative attention from the public, but the main thing is that Kelantan now has the weight of expectation on them to perform. Local fans are taking note of the huge amounts of money being injected into the club, and are now waiting with bated breath to see if they can achieve the same heights JDT have, or even surpass them. With more and more clubs following suit, competition will hopefully be increased, and we as fans will finally have something to shout about once again.

Our local football needs you more than you think

The way we see it, it doesn’t matter what colour their shirts are; if Kelantan manages to spark a Malaysian football revolution and bring us back to our glory days, then they can have rainbow-coloured shirts for all we care! At the end of the day, all we, as Malaysians want to see is our country to do well. We have people like Datuk Nicol Ann David and Datuk Lee Chong Wei making a name for themselves abroad, so one cannot simply say ‘failure is a Malaysian thing’.

All this money being invested into our local football scene is sending a clear message that football still holds an important place in the hearts of many Malaysians, and we should all do our part as Malaysians to at least take an interest in the development of the local game, because without the fans, there is no football.

All it takes to get our football back on track is some nerve, some persistence, and most importantly, patience.

P/S: Go watch Ola Bola in local cinemas if you’d like to catch a glimpse of our glory days in football 🙂 Check out screening times here.