Hey hey, people, Jake here. I’m not big into luxury goods (if you don’t count computer parts, that is). Like, 80% of my wardrobe is Uniqlo, and the only luxury brands I know are the “basic b*tch” stuff. Y’know, things like Gucci, Louis Vuitton, Coach, and the like.

Then, everything changed. The 2018 Najib raid happened. Lootboxes but IRL. Img by CNN.

The metaphorical Pandora’s Box had been blown wide open. Various social media and news platforms published LONG lists of branded goods I’ve would’ve never heard of otherwise. Probably. And now, I’m here to force feed y’all the 4 most interesting brands I’ve come to learn about over the months of Najib and Rosmah’s cases.

1. The House of Bijan 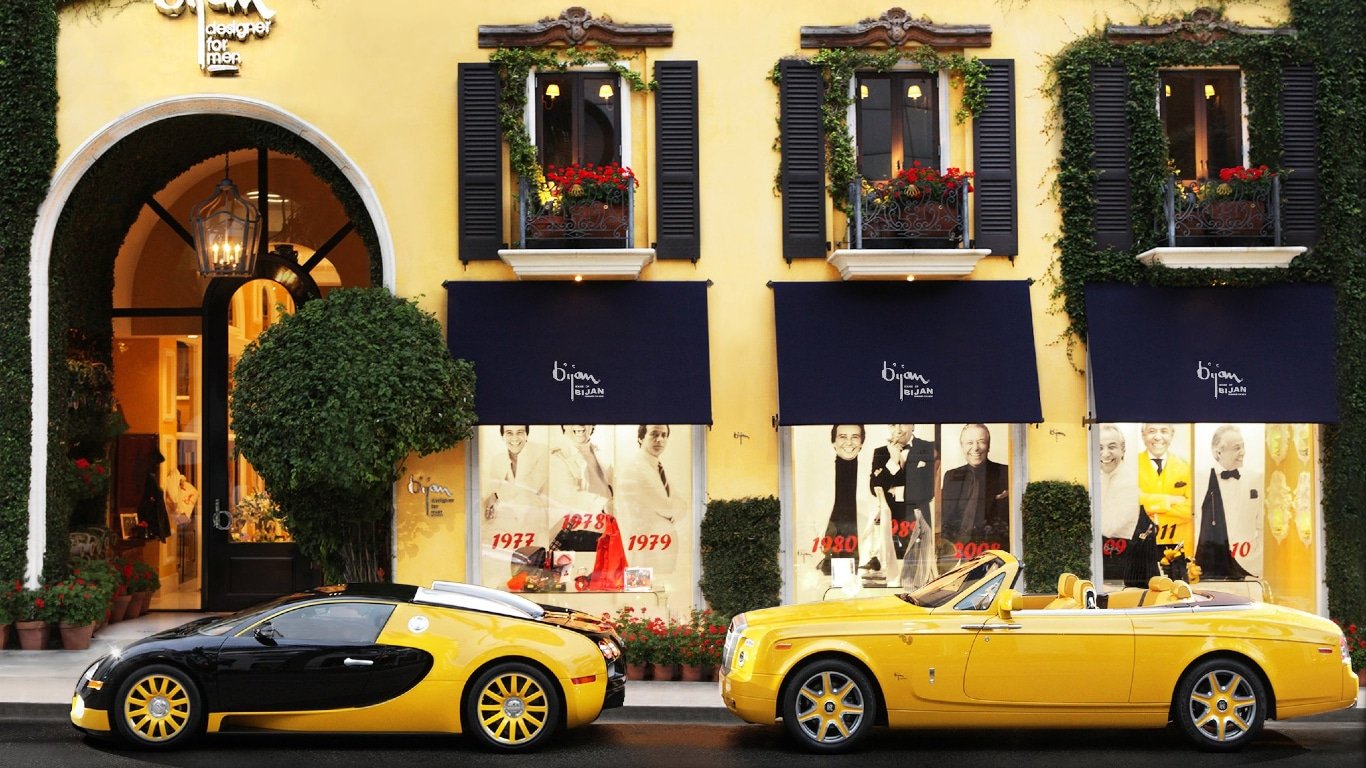 Man, this brand built different. There is exactly one physical Bijan store in existence that’s located in Beverly Hils, California, and their wares seem to go for thousands of ringgits at the minimum. A simple-looking tie will set you back a cool USD$1,000 (RM4,492), and apparently, their handbags are so exclusive that Channel News Asia couldn’t get a price estimate back in 2018. As far as I can tell, the handbags aren’t listed on Bijan’s official site either, but hey, Bijan once sold a python jacket for USD$18,000 (RM80,856), so make of that what you will. 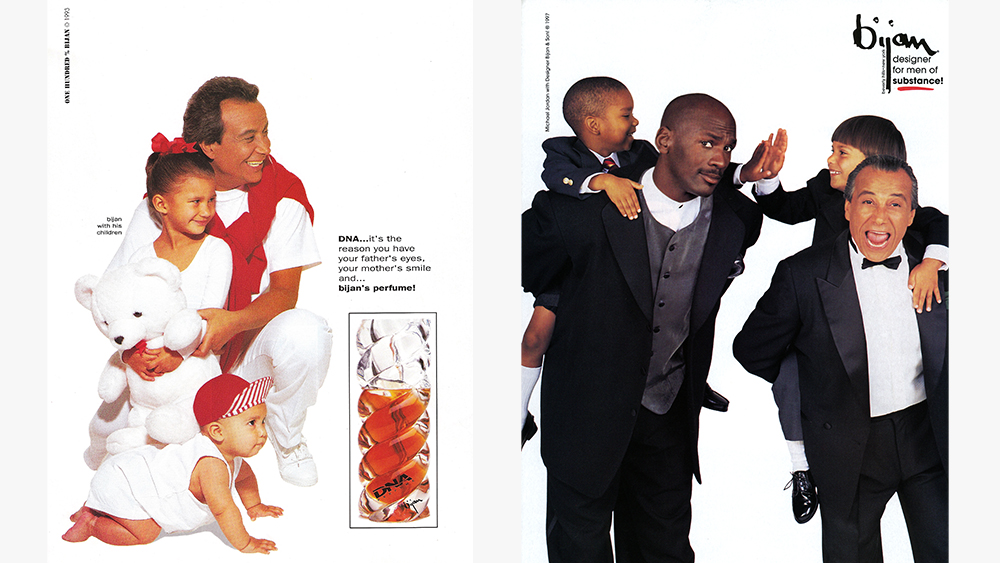 The GOAT of basketball, Michael Jordan, was one of their star-studded lineup of clients. Img by Robb Report.

If you’re a Malaysian multimillionaire who’s reading this and thinking, “I can afford that, I’ll just hop on over to Beverly Hills and pay the shop a visit!”, you don’t get to enter The House of Bijan just cuz you’re loaded, oh no no no. They only allow one customer to be in their store at any given time, and they go by APPOINTMENTS ONLY. At least they have an online store (albeit with a neutered product list) that ships worldwide, eh?

As a bonus, Bijan is Najib spelled backwards. That’s neither here nor there, but you’re welcome. 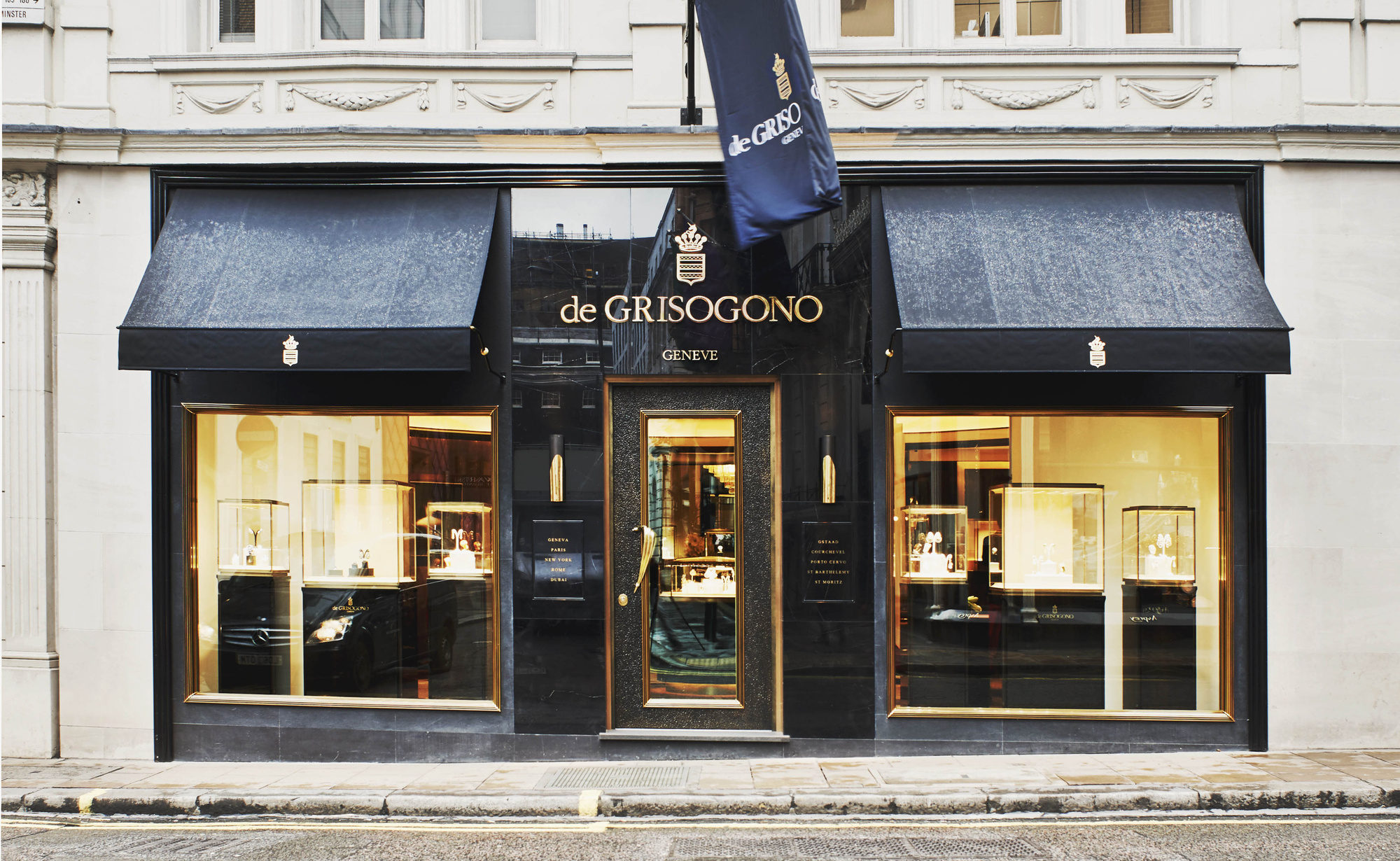 Having never heard of De Grisogono, I did what any reasonable person would do and did a Google search. To my surprise, their official website didn’t have an “About Us” page or anything in that vein. Oookay. Moving down the Google search results netted me an archived article detailing how the luxury jeweler was founded by a Lebanese-Italian black diamond specialist, and weirdly, how they went bust in 2020 considering they’re prolific enough to have people like Dua Lipa and Hailey Bieber buying their stuff.

To give y’all an idea of how much you’ll have to shell out for something from De Grisogono, a “large candle” available on their site costs a measly €350 (RM1,560.69). Not something I’d use while waiting for TNB to fix a power outage in my taman. 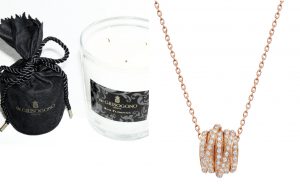 The cheapest necklace on the menu is made of rose gold beset with 79 white diamonds that goes for €11,900 (RM53,058.53), easily outpricing the new Perodua Bezza I bought a couple of weeks ago. Yes, I’m broke now.

NAH, BACA:
The origins of Na Tuk Kong, a "Malay" deity worshipped by the Chinese 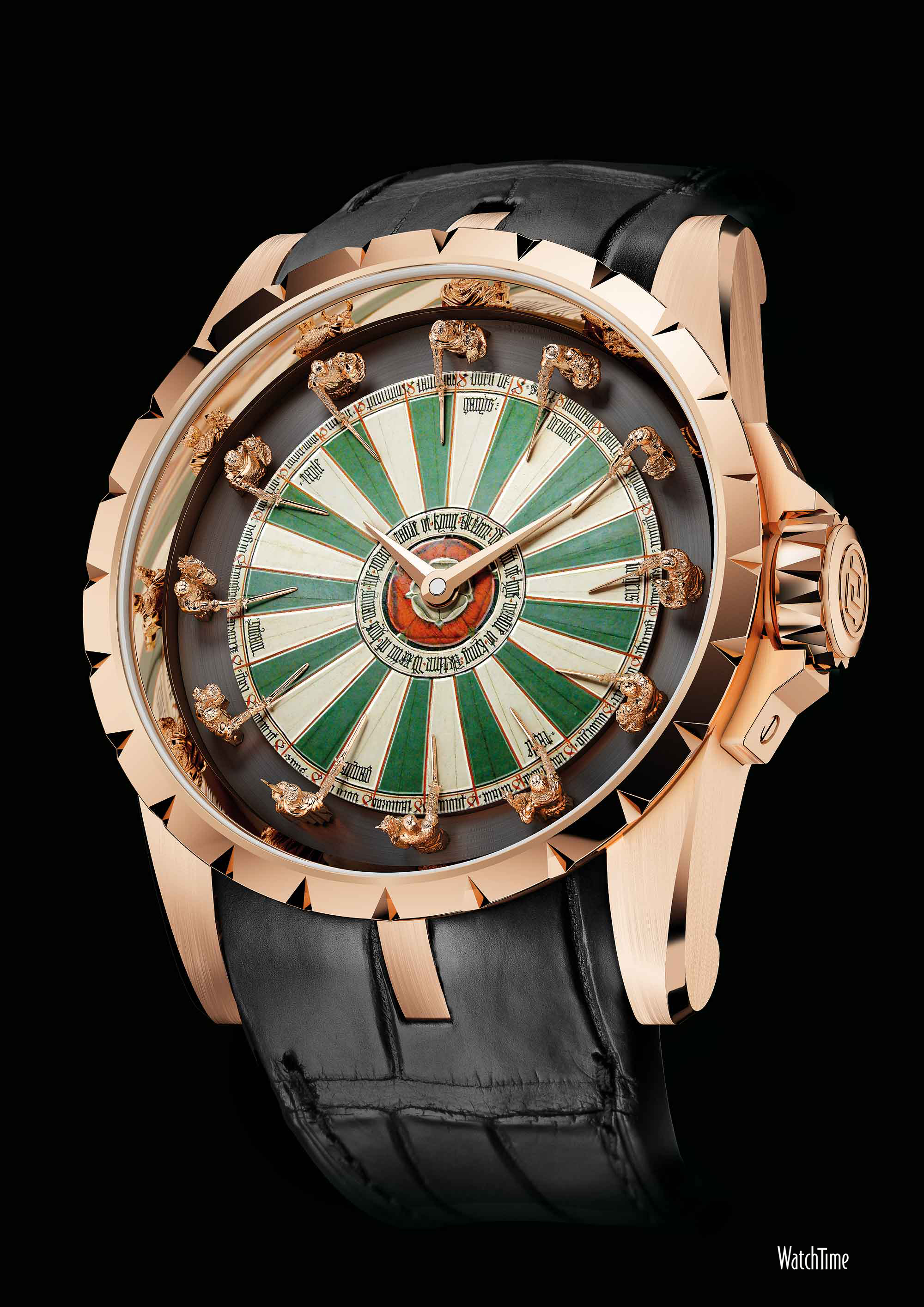 I mean, look at that. Little gold knights pointing toward the middle of the watch a la King Arthur, looking oddly similar to a roulette table, what’s not to like? Oh, but that’s not the specific model Rosmah and Najib allegedly owned. 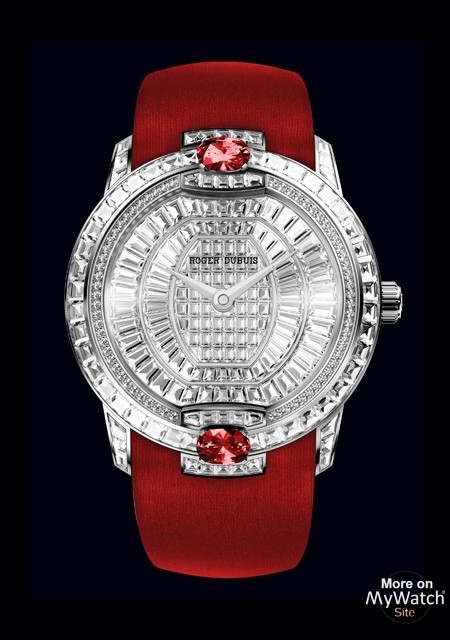 Img by My Watchsite.

This American retailer of luxury watches and jewelry has a certain… image they seem to be cultivating, and they spare no time in making that clear on their website:

So the car has eight headlamps why…? Img by Roger Dubuis.

Affluent. Elite. Adventurous. Jacob & Co.’s founder, Jacob Arabo, first caught hood classic Notorious B.I.G’s attention while operating a kiosk in New York’s Diamond District in the early 90s, and the rest, as they say, is history. Arabo’s clientele soon expanded to include stars like Drake, Jay-Z, Jennifer Lopez, David and Victoria Beckham, Rihanna, Elton John and Madonna. The brand’s first ambassador was none other than Ip Man himself, Donnie Yen. It goes without saying that Jacob & Co.’s products are priced accordingly, with the cheapest ones being around USD$1,500. The most expensive one I could find is the Jacob & Co. Billionaire II Diamonds on Bridges unique piece. This one-of-a-kind timepiece can be yours today at the modest price of USD$8,793,286 (nearly RM40 million).

The hardest watch in the world, probably. Img by Shopify.

Or you could probably buy out an entire condominium block in Klang Valley, whichever catches your fancy.

How long do you have to save up to buy these luxury goods? Me before I can afford a Roger Dubuis watch. Img by Spongebob Wikia.

If you’re a borderline B40 like me and you’re making 2000-odd ringgits a month, you might have to ikat perut for a year to snag one of those snazzy Bijan neckties. That RM1.9 mil Roger Dubuis watch, though? It would take you over 300 years if you’re saving up RM500 a month to buy the darned thing.

So you have the sky-high prices, and combining that with the general unavailability of the products here, most Malaysians probably won’t even get a chance to see – not to mention buy – anything in Rosmah and Najib’s luxury arsenal. Hard to imagine anyone being able to afford dozens of these luxury items, even on a Prime Minister’s salary (RM22,826.65). Oh, wait, some of the items were supposedly gifts to the couple from their acquaintances. Must be nice to have rich friends, huh?

To cap off the article, I’ve got a question for luxury watch manufacturers: why do some luxury watches look so weird? 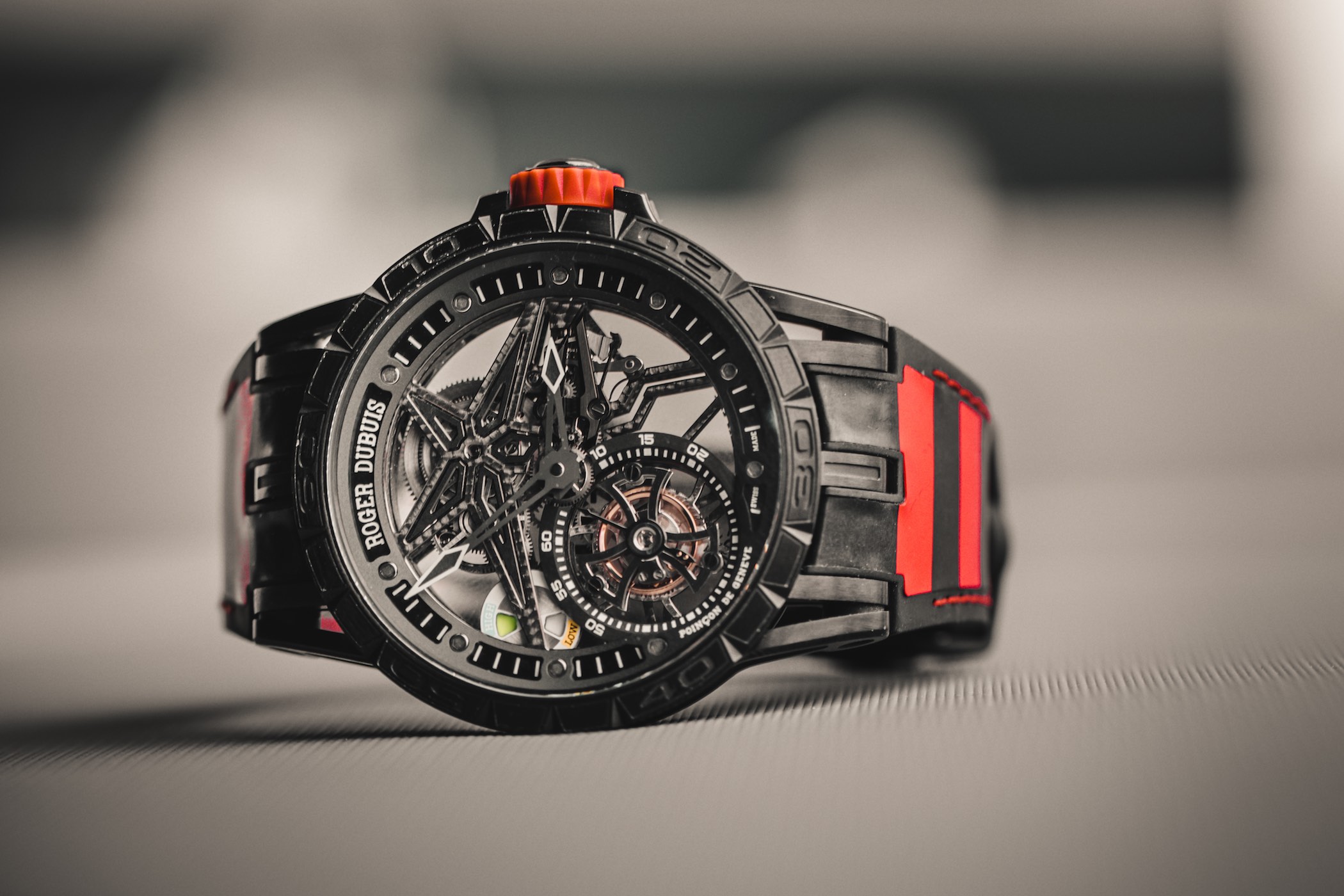 WHAT ARE THOOOOOOOSE?! Img by Monochrome Watches.