How many of you have heard of Merdeka Center?

Hmmm.. okay let’s try to rephrase. How many have you heard of the poll on PM Datuk Seri Najib Razak’s approval rating dropping to 44% in January this year, from 48% in October 2014? What made this poll so awesome was that it’s part of a ‘series’, kicking off with the first, ‘100 Days of the Najib Administration’. As average, voting Malaysians, isn’t it fascinating to watch Najib’s ratings either fluctuate or maintain over time? But who does these reports? Is it the gomen? Or the opposition? or Malaysian Insider!? Nope. None of the above. It’s actually a kononnya independent organisation called The Merdeka Centre.

CILISOS spoke to Ibrahim Suffian, or Ben, Programs Director of Merdeka Center, to find out more.

What is Merdeka Center and what does it do?

“Me, Hazman Hamid and another member, who has now moved on to work elsewhere – we kinda started it on the side, while we also had day jobs. So we were testing it by phone to see if it was cost effective.” – Ben This is Ben Suffian. Click to read his interview on The Malay Mail Online. Image from Saw Siow Feng.

How did the idea pop up? Ben said the concept was something he ‘tapau-ed’ from the USwhen he was studying there in the mid-90s.

“There were elections going on at the time and my town was a contested area. And I noticed that polling was something very useful there – reports about polling, understanding the views of citizens, etc. The level of political awareness and sophistication of running elections was higher over there.” – Ben

Now, operating in Bangi, Selangor, their team has grown from 3 people in 2003, to 18 people today, with about 40-50 part-time interviewers.

11 years on, Merdeka Center has built up its brand by generating very interesting and relevant polls. Everyday stuff that us Malaysians would want to know about, like politics, economics, youth, crime, illegal immigrants, etc. “For surveys which we initiate, we typically draft the questions ourselves, and run it by a few local academics to get their input before fielding it.” – Ben

Apart from Najib’s ratings, you might remember one of their other memorable surveys that received a lot of media attention – the one that revealed Hishammuddin as the top choice for future PM. Yup, that was commissioned by The Malaysian Insider (more on this later). Click to read The Malaysian Insider’s article on the poll.

They also do more than just approval rates, with a variety of polls revealing things like

You can check out ALL of their polls here.

HOW do they get all that information?

Most of Merdeka Center’s polls are done over the telephone, although they sometimes do face-to-face surveys. Image from wyde_v5 on Photobucket.

But every day gotta ‘Hello‘ and ‘Thank you‘ people? Sounds like a lot more work than posting up an online survey. Why choose telephone, we asked Ben. “Besides being cheaper and faster to implement, telephone-based surveys reduce a little bit, the bias that may occur if an interviewer meets a respondent in person,” he explained.

Ben said this helped when it came to asking political questions.

“We’ve noted that in our current culture, most people are not open to discuss their political choices during in-person interviews. Through telephone surveys, we’ve been able to reasonably estimate their inclination better.” – Ben

Cool! Who knew a little bit of mystery got people to open up more?

So how do they decide who to call? Yellow pages? 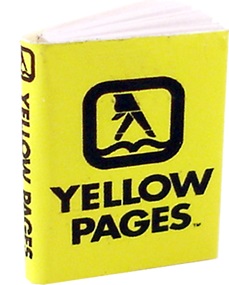 SO NOT! They do a computerised random selection of phone numbers.

“The calls are assigned randomly in a particular study area. If our sample is large and random enough, it ought to reflect the profile of the population we wish to study. That is, it should correspond with the age, gender and socioeconomic status in the particular area.” – Ben

For each topic, Ben told us they try to get a minimum of 1,000 completed responses, sometimes 1,200. Typically, it takes them about a week to 10 days max per poll. But a short questionnaire would take them just 2-3 days to wrap up.

And depending on the topic, let’s say it’s complicated to explain over the phone, or if it will take more than 25 minutes, the Merdeka Center guys will interview respondents in person. 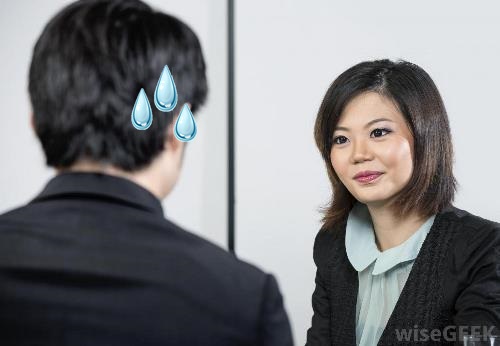 But with the current domination of social media, does Merdeka Center have any plans to go online as well?

“We are moving into online polling, but social media monitoring is not our area of expertise. There are already some established players there, as we understand it,” said Ben.

Ah well. Makes Merdeka Center all the more special. Besides, we like the idea of catching people off guard on the phone. 😀

Who PAYS for all these polls?

People who commission the polls lor. According to Ben, their main source of funding comes from paid projects with public institutions – both federal and state. Like the Hishamuddin poll from TMI. It’s a steady stream of work too apparently, though some months might be slower than others. They work with media and public relations firms and sometimes they apply for research grants from research foundations. Great! So if you want them to do a poll for you, like say, ‘How safe is my neighbourhood in Klang at night?’

, how much would you have to pay?

“There’s no fixed price. Cost is dependent on what people need us to do.” – Ben

Why you shouldn’t hang up if Merdeka Center calls you… 1. The pollster is a great source of information on the rakyat’s sentiments on national issues:

Some people relate to issues and events. Ben believes that if it’s timely, “It can inform people and stakeholders about the sentiments and views, and potentially help form better decisions to address emerging problems.”

2. The pollster actually made things move in the Government:

Ben related this instance: “Our polls were cited by PEMANDU as an indicator for some critical issue, e.g. public safety and crime prevention. This led to an expansion of the police force some years ago, to deal with snatch theft and muggings.”

See, this is why we need organisations like Merdeka Center! It makes us AWARE and it initiates CHANGE.

So if you ever get a call from these guys, sporting la sikit and participate. Give them all your HONEST answers if you want Malaysia to change for the better.

“We’ve lived in a society where those who govern think they know what’s best for the people. Given it’s our national aspiration to move towards a more liberal and democratic society, it is only natural for leaders to know what the people are thinking, and for the public to see how others like them view particular matters.

Hopefully it brings out the best in people, moderate extreme views and allow people to work towards some common interest.” – Ben

Share this article:
NAH, BACA:
The surprising PROBLEM Malaysia will have to deal with if Pakatan completely removes tolls