As far as Malaysia goes, the idea of politicians being assassinated or killed on purpose is an alien one. In fact, most of us would probably only remember the incidences from our sejarah textbooks – like JWW Birch (who was killed while mandi-ing) or Sultan Mahmud II (who mangkat dijulang). 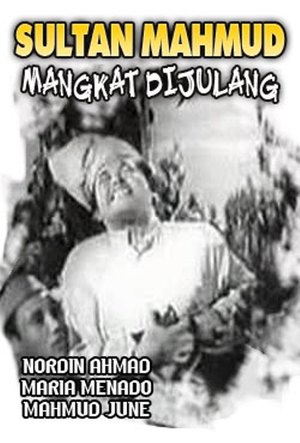 There was even a movie made about it! Image from MovieTube.

However, this doesn’t mean that there haven’t been any incidences of Malaysian politicians who have been allegedly killed over their political activities, like the recent fatal shooting of Sarawak PKR’s Bill Kayong (RIP). So we put on our tin-foil hats and did some research on some of the tragedies which some conspiracy theorists claim to have been assassinations. To narrow down the scope, though, we limited down our search to only include:

Since we’re moving into Illuminati territory, not everything in this article is verifiable so don’t accuse us of spreading false info ya  🙂  Aight, let’s start off with one that happened just slightly more than 40 years ago, which is… 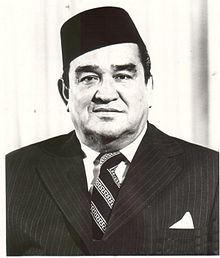 Back in the 60’s, Sabah and Sarawak were the popular kids on campus; with Malaysia, the Philippines, and Indonesia wanting to take them to prom. As we know, both eventually decided to walk down the aisle with Malaysia in 1963 la. For Sabah, this decision was largely credited to negotiations by Tun Fuad Stephens, who also became the state’s first Chief Minister under the now-defunct BERJAYA party.

In 1976, barely a month and a half after being appointed the Chief Minister a second time, Tun Fuad boarded an Australian-made Nomad airplane with 10 other people including his eldest son and 5 top-ranking Sabah ministers. The group were on their way from Labuan to Kota Kinabalu on official business. Tun Fuad himself was meeting to sign (or negotiate, depending on who you listen to) an oil deal with the Federal Government when the plane crashed into the sea just 2km away from the Kota Kinabalu airport. All 11 on board died in the crash. An interesting point to note is that Tengku Razaleigh – who was Finance Minister at the time – was initially supposed to have been on the flight, and was thought to have been one of the victims. From the get-go, there were rumors that the crash may not have been an accident for three reasons:

But why did anyone have a reason to sabotage the flight? Well, this is where it gets really interesting because:

a. Tun Fuad wanted Sabah to get a 20% share of oil revenue

In order for the Federal Government to get access to Sabah’s petroleum deposits, Tun Fuad wanted a 20% cut for the state – his flight to Kota Kinablau was to finalize the details of this agreement. After his death, his close friend Datuk Harris Salleh was appointed as his successor as Chief Minister. A week after the crash, Datuk Harris signed the agreement… with only 5% going back to Sabah. And how much difference does 15% make? According to Sabah State Reform Party (STAR) chief Jeffrey Kitingan, that 15% cost Sabah RM17.88 BILLION in 2012 alone.

b. Tun Fuad had second thoughts about Sabah joining Malaysia

Apparently, Tun Fuad was initially opposed to the idea of Sabah being a part of Malaysia but was convinced to join by – of all people – Lee Kuan Yew (Singapore was still a part of Malaysia at the time). As the story goes, Lee Kuan Yew was sent by Tunku Abdul Rahman to persuade him to join, and Lee Kuan Yew told Tun Fuad that he would be the next Prime Minster after Tunku, and Tun Fuad would be the Deputy PM (and taking over the PM role after Lee Kuan Yew). So when Singapore left, Tun Fuad didn’t see a reason to be part of the Malaysian Federation and wanted to review Sabah’s participation… The monument marking the spot where the plane crashed. Image from KotaKinabalu.info

Although there were less Illuminati reasons for the crash, such as mechanical failure (the Nomad was a pretty problematic plane); the mystery deepened because the results of the investigation were classified by the Malaysian Government. Tengku Razaleigh later fanned the conspiracy flames again in 2010, when he claimed that he was on board the plane, seated behind Tun Fuad, when Datuk Harris convinced him at the last moment to hop into his plane instead.

Datuk S. Krishnasamy was the state assemblyman for Tenggaroh, Johor, as well as the state’s MIC deputy chief. A former gardener, Datuk Krishnasamy worked his way up and was known for helping build temples, schools, and mosques over his 30-year career in politics.

In 2008, as he entered a lift in the Johor MIC headquarters on the way to a committee meeting, another man followed him in. When the doors opened, Datuk Krishnasamy was dead from a single gunshot to his eye. While there were no CCTVs installed, the cops managed to put together a photofit of the shooter based on eyewitness testimonies:

Photofit of the shooter. Image from MariaSamad.

It also seemed that Datuk Krishnasamy’s record wasn’t exactly squeaky clean since he was involved in a criminal breach of trust case involving donation funds in 2001, and had been apparently receiving death threats a week before he was shot. Two days after the shooting, handwritten notices that implicated then-MIC President Datuk Seri Samy Vellu, his son, and two other MIC members were pasted around MIC’s Perak headquarters. It claimed that Datuk Krishnasamy was killed over his unwillingness to withdraw from the General Elections.

The police put together a task force to investigate the murder, detaining four suspects including a senior MIC leader and a Sri Lankan man – all of whom were eventually released on bail. This case (as far as we could research) was never solved.

3. The successful doctor-politician who was killed by… terrorists???! (Dr. Joe Fernandez) 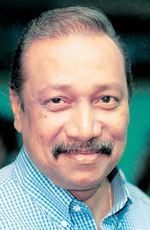 Dr. Joe Fernandez was a doctor with a chain of five clinics, a member of the State Legislative Assembly for Lunas, Kedah; and the deputy state chief for MIC Kedah. In November 2000, he was talking to a nurse on the phone while caught in a traffic jam when the conversation was suddenly interrupted by the sound of gunfire. The nurse called his driver, who rushed to the scene and found Dr. Fernandez slumped over in his car from three gunshots – two of which were aimed at his head. He died about an hour later.

According to eyewitnesses, he was shot by the pillion rider of a motorcycle that stopped next to his car; in full view of “scores of shocked witnesses“. The police ruled out robbery as a motive since nothing was taken, but investigated other possible reasons such as political or business rivalry. The truth (?) turned out to be quite unexpected…

There was a possibility that Dr. Fernandez might have been killed over religion. Zainuri Kamaruddin (Second from left) was one of the suspects involved. Click here to read more.

Shortly before his death, Dr. Fernandez was the victim of a smear campaign accusing him of helping Muslims convert to Christianity. However, this connection wasn’t evident till May 2001, when members of Kumpulan Mujahideen Malaysia (KMM), an al Qaeda-linked militant group, were arrested after a botched bank robbery. Witnesses claimed that one of the gunmen used Dr. Fernandez’s murder as a warning, and later forensic tests showed that the same gun was used in both cases.

Despite (or perhaps due to) the links to terrorism, the police eventually declared the case closed in 2008 “unless new witnesses or evidence shows up”.

4. The shooting of a Sarawakian activist (Bill Kayong) The issue of land rights for the Orang Asal of Sabah and Sarawak has been a long-standing one, with accusations of companies “grabbing” land from indigenous tribes for logging and/or development. Several groups and individuals have dedicated themselves to protecting the Orang Asal from such exploitation – and one such person was Bill Kayong.

Bill Kayong was known to be a tireless protector of the Orang Asal, as well as a PKR candidate in the recent Sarawak elections. On June 21st this year, Bill Kayong was killed by a shotgun blast in broad daylight while waiting at a traffic light; in what was called a “Mafia-style killing”. Because the case is still under investigation, all parties have withheld comment on a possible motive for Bill’s murder. However, Sarawak PKR chairman Baru Bian urged the police to look into Bill’s political and land rights activities as Bill had received a call from a local gangster threatening to kill him over a land rights issue. Bill was also the political secretary of Miri MP Dr. Teo, who was himself attacked with a baseball bat in 2015. This attack was also unsolved.

The other cases may have gone cold, but not Bill Kayong’s.

Image from a Bill Kayong memorial page on Facebook

Unlike the other cases mentioned in this article, Bill’s case is very recent – meaning that the person or people responsible may still be found. Although the police have formed a special task force to investigate the murder, it should be pointed out again that the authorities have been previously criticized for not taking appropriate action; whether cases where people have been threatened over Native Rights in Sarawak or even in the investigation of  some of the other cases mentioned in this article.

While the Sarawakian NGOs we’ve spoken to declined to comment on the case, there’s a general consensus that they feel unsafe because Bill’s shooting might set a precedent for how unscrupulous people might “deal” with pesky Native Rights protectors in the future.

But perhaps, aside from finding his killer(s), it might be time for the government to look into solving the land-grabbing issue, such as by forming a Land Commission and relooking into how timber licenses are given out.

Because, as stated by Baru Bian,

“We must not let Bill’s struggle and his ultimate sacrifice be in vain.”

And that may be the best form of justice for Bill Kayong.