Our escalating annual crime index is a terrifying reminder that if GST doesn’t kill you, one of your countrymen might.

So how do we curb this threat of lawlessness? Do we implement Hudud? Enforce the death penalty for all crimes? Dissolve Proton and use their factories to manufacture overpriced, government-protected cyborg law enforcers with various QC issues?

All these ideas might work, but here’s a simpler one: how about we start paying more attention to the gateway crimes? As in, the little white offences millions of Malaysians commit daily… that are gradually twisting even the most lurus of us into the next Mona Fandey?

No rum, only movies.

When’s the last time you saw a queue at Speedy Video? The correct answer is never, because Malaysians don’t believe in paying for things we can’t touch – like movies, music, software, and MC Hammer merchandise.

That kind of champion thinking is likely what’s earned us the title of 4th biggest online piracy hub on earth, just after China, Colombia and Russia.

“Why should I pay for this stuff? Hollywood so kaya. Local celebrities also kaya. Fine, I can see why piracy is morally wrong, but between that and spending RM50+ on a music CD or DVD… or RM150+ on a video game? It’s OK man I’ll be the bad guy.”

Politicians clearly aren’t the only ones who think it’s OK to steal as long as you don’t get caught.

Thanks largely to piracy, even last year’s top grossing Malaysian movies barely scraped together half their production costs. And if robbing performers and studio employees of their job security doesn’t faze you, the fact that you’re also screwing yourself of quality entertainment might.

Because when faced with financial meltdown, studios are forced to stop taking risks. That’s why so many kick-ass niche Malaysian artists can’t quit their day jobs and make more music. And it’s also why instead of experimenting with fresh genres and stories, our film industry farts out sequels to movies that kill your brain cells, like Zombi Kampung Pisang…

(Ed: did you know that 99.9% of Malaysian film posters look exactly like the one above? It’s a conspiracy, we swear. Proof here.) 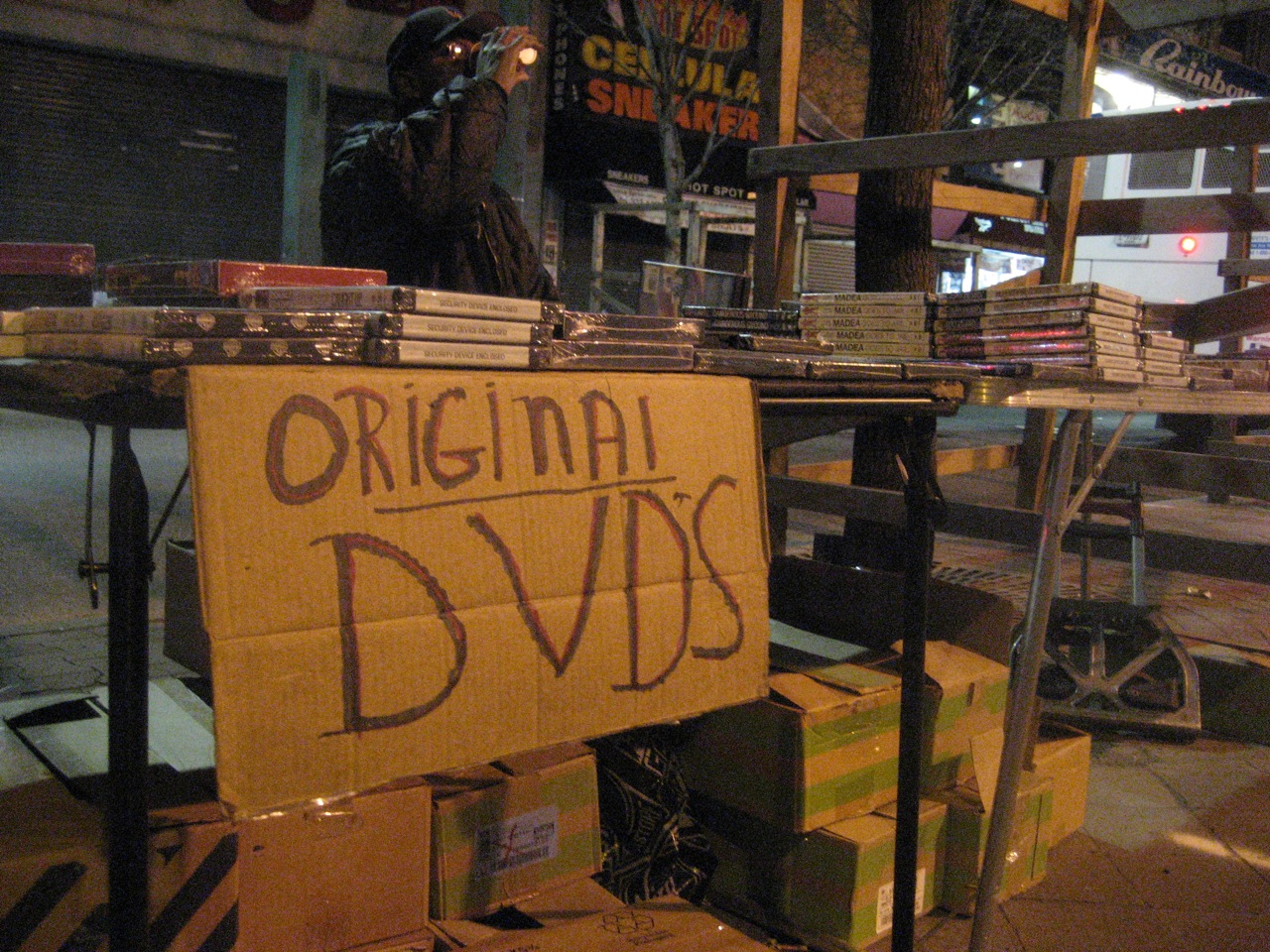 Keep on pirating, arrr. But each time you illegally download a movie, album or game that you SUPER enjoyed, at least go out and buy an original copy of it. Either at your struggling local DVD store, or online through services like iTunes (music), Vudu (films) and Steam (games).

2. Getting a “massage” in Bukit Bintang All dressed up for the ladies. Image credit: flickr.com

Saboon, E2, Green Elephant… if none of those names sound familiar, congratulations! Your parents raised you right.

How easy? Let’s just say if you’re shopping at Times Square, you’re only a minute or two away from a different kind of shopping spree. Website also got lah…

Every year, thousands of destitute women from countries including China, Indonesia and Vietnam are illegally trafficked into our backyard.

For serious: a 2006 WikiLeaks cable from Kuala Lumpur’s US Embassy referred to Malaysia as a “human trafficking hotspot”. And Suhakam claims up to 50 percent of ALL foreign women arrested for prostitution are possible trafficking victims.

Remember, bros: just because she’s smiling, doesn’t mean she’s enjoying herself. In fact she’s probably crying on the inside, and it’s probably more because she’s been mercilessly cheated, exploited and abused… and less about how big or small you are.

“The way I see it, I’m a paying customer. And I’d rather not think about how these girls got into what they do. When you eat a steak at a restaurant, do you question how the cow was brought up and what the cause of death was?”

– 27-year-old Malaysian who can’t remember what normal, unpaid sex is like 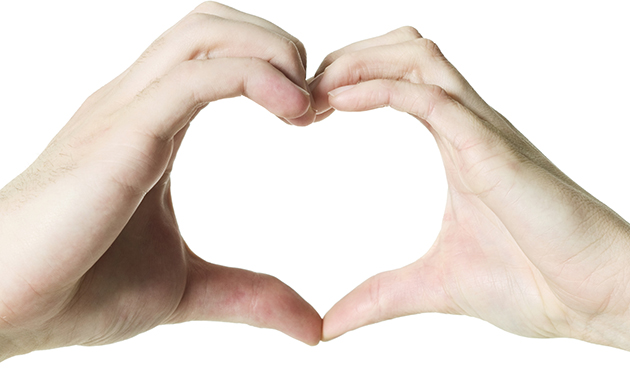 Chup! Imma let you finish, but let me kick national unity in the face first.

Whoever your Ku Klux Clown of choice is, remember that their presence also poses an unexpected danger. Because since these over-the-top racists are so easy to ridicule, they tend to make us feel heroic in comparison. Even when in reality, we ourselves are often subtly racist.

Are YOU a subtle racist? Be brutally honest and award yourself 1 Pointkasa for each sentence that makes you terasa pedas:

1) Most of my friends and lovers are the same race as me.

2) I can’t help but stereotype people based on their race.

3) I instinctively think of myself as Malay/Chinese/Indian before Malaysian.

4) In professional and social settings, I automatically expect better treatment from people of my race.

5) When shopping for a service (e.g. mechanic, doctor, contractor), I tend to favor some races over others.

“This government doesn’t help my race. So I always feel like my people need to watch out for each other, socially and professionally. Is it still racism when the system forces you to do it?”

When it comes to racism, we at CILISOS prefer to stay positive. We don’t believe Malaysia is a ticking timebomb. And we’re confident that the vast majority of Malaysians get along perfectly fine with each other.

But let’s not sweeten the sos too much: because there’s still much room for improvement.

See, the problem with subtle racism is that most people don’t realize it’s there. So we end up feeding this constant cycle of faint racial animosity, where millions of Malaysians are unintentionally offending millions of other Malaysians… who then end up returning the favour.

For instance: many Chinese ladies we know hate it when people call them amoi. Many hardworking Malays hate it when people assume they’re government tender-grabbing freeloaders. Many Indians hate it every time a non-Indian playfully wobbles his head in a misdirected display of empathy. And many lain-lains hate filling up forms.

All this subtle negativity, yet signs like this are still depressingly common in your local 7-Eleven:

Ditch your same-race boyfriend/girlfriend, if any, and date someone from a different race. Your interracial compassion will soar, and your children will usher in a bold new era for Malaysia’s genetic makeup. Bonus benefit: mixed kids are hot. How big is police bribery in Malaysia? Big enough that the phrase “macam mana nak settle ni?” could be as widely used by cops themselves as by offenders.

More worrying stats: according to Transparency International, the police are the single most bribed institution in Malaysia. And it’s only worsened, with reported bribery cases spiking by over 150% from one year to the next.

“Come on lah, when the cop is standing there, giving you not-so-subtle hints that he’d rather take RM50 than give you an official RM300 saman… what are you gonna do? Plus I’ve heard how much these guys are paid, they could use the help…”

On the surface, bribery is actually pretty cool. You get away with not wearing that useless car seat belt (all it does is save your life). And the cop gets a way to feed his eight starving kids.

The less obvious problem with bribery is how it creates a toxic atmosphere of mutual disrespect. First, the general public stops trusting cops… because we start believing all of them are more interested in our money than their duty (even when in reality, there are MANY honest and hardworking Malaysian cops committed to their jobs).

So how do some of our cops respond? In a diabolical self-fulfilling prophecy, they return the favor… by treating us like their personal ATM machines each time we commit an offence.

Try treating and talking about Malaysian cops with more genuine respect. If those social psychology classes we took are right, they’ll start feeling inspired to live up to the heroic defenders of justice you’ve painted them out to be.

5. Shopping in (and telling tourists to shop in) Petaling Street Wait a second, how can supporting one of KL’s most iconic destinations be a crime?

Well, for the same reason that stealing someone else’s hard work and passing it off as your own makes you kind of a douche. 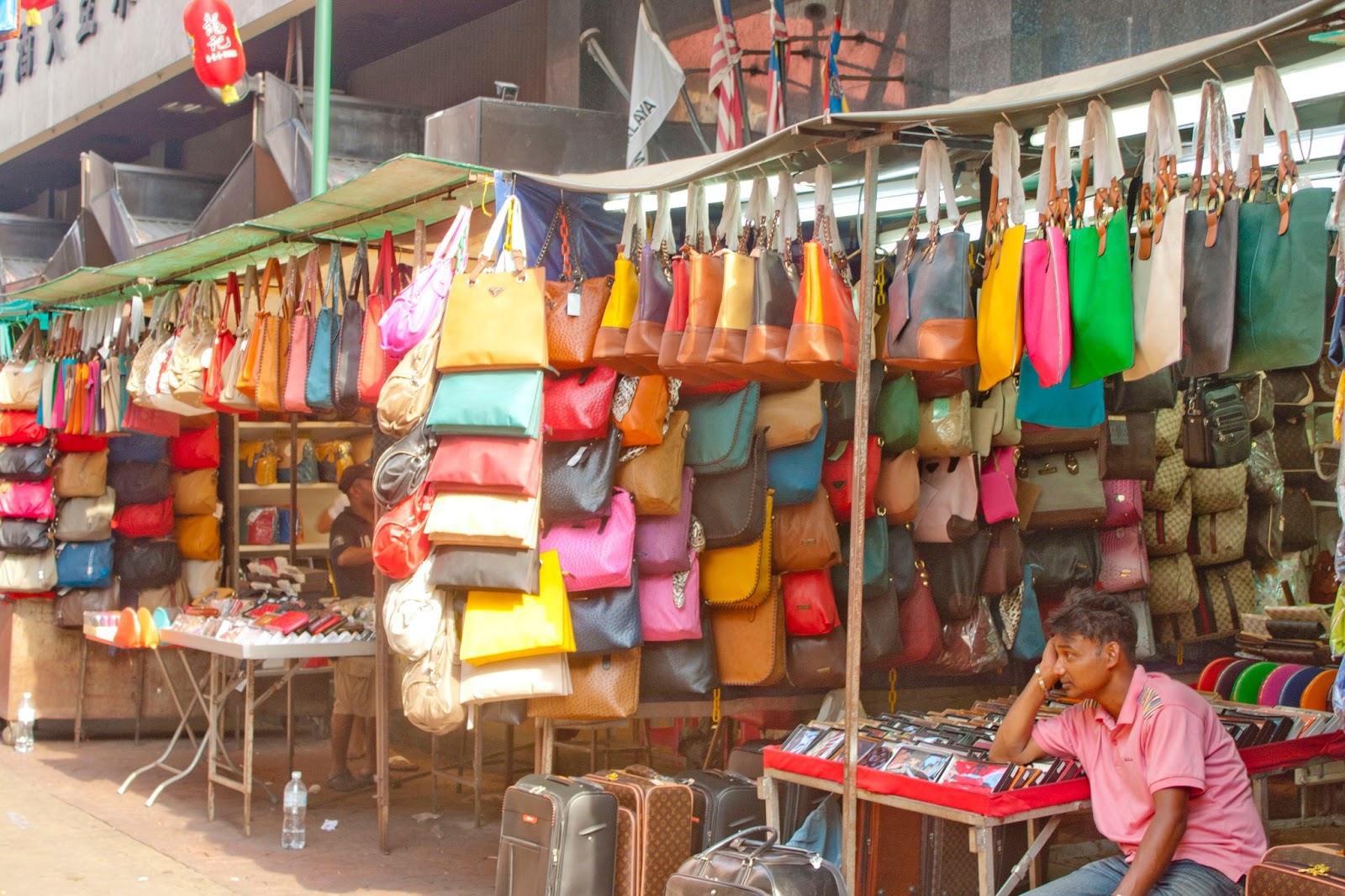 “When my foreign friends ask me, “where’s THE place to shop in KL”, I send them to Petaling Street. Why would I send them to a mall? They already have the exact same shops back home. So Petaling Street is as close as you get to a unique Malaysian shopping experience, at least until Central Market gets its shit together…”

We wonder what kind of impression foreigners get, when one of the first destinations we send them to on their Malaysian adventure… is a den of illegal contraband.

We also wonder how that impression would change if we could instead introduce them to some of our passionate local lifestyle brands like Pestle & Mortar, I Love Snackfood and Kinder Soaps. Plus all the no-marketing-budget bedroom entrepreneurs cooking up their own original designs, recipes and produce.

“So Marmaduke, how was that savage land you visited… Malaysia was it?”

“Oh LOL, it was so CHEAP, check out this Gucci bag I copped for five cents…”

Buy a t-shirt or top from a Malaysian designer, and rock that shit with pride. If enough of us do this, local entrepreneurs will slowly get the momentum they need to turn their passion into a full-time career. So they can one day take over Petaling Street with their awesomeness.

Share this article:
NAH, BACA:
Here's how a muddy island in Johor caused drama between the federal gomen and Johor royalty.