This morning, we came across a video from Facebook user Wern Shen who posted this bizarre video of bees outside the 14th floor window of Wisma Genting in Kuala Lumpur.  Here’s the video:

People with Entomophobia should avoid this article. If you don’t know what that term means, keep on reading!

Of course, his name is “Swarm” (Image credit: toptenz.net)

So what’s happening? Global warming? Genetic mutation? Foreshadowing of a supervillian?The editorial side of CILISOS have been planning to cover the so-called moth invasion issue for some time, but were continuously putting it aside for other pressing issues such as the Pudu-hole memes or another jape at our southern neighbor. This appearance of this video has brought about so many implications of a nightmare scenario that we dropped everything we were working on to cover it.

So what are bees doing in the middle of the city on the freakin’ 14th floor?

While there isn’t anything particularly scary about the video, we imagine it would very different should one be on the other side of the glass. Mostly because you’d be plummeting 14 floors to your doom without the benefit of a floor holding you up, but we digress.

This is most likely a swarming, or the migration of the queen and worker bees to establish a new colony. A swarm may contain anywhere from 1,500 to 30,000 bees. While this sounds like a scary prospect, swarming bees are usually not aggressive at this stage due to a lack of brood (scientific talk for “baby bees”) or food stores to protect, and an overarching interest in setting up a new colony. Bees are our friend! (Image from Cluecho.com)

However, they will still attack if they perceive a threat, so please don’t provoke them on purpose. You should probably bee-hive properly around them.

Some highway travelers may have encountered similar swarms flying across the highway. This writer has previously encountered one close up, and lets just say that cleaning up afterwards isn’t a pleasant process. You can read some other accounts of it here (Foul language warning, illicit substance forum warning). For a link to a similar scenario on a clean (beekeeping) site, click here.

But that’s on ground level though. Can bees actually fly that high?

Yes they can. Recent studies have shown that bees have been captured at 3,250 meters above sea level in China and may be capable of flying higher than Mount Everest.

Okay so this normal then. Let’s just bring out the giant electric badminton racket!

Actually, no. We need bees.

Bees are actually extremely important to the ecosystem, and thus, our own existence as a species.

Hah? Then I don’t eat honey lor. What’s the problem? – Someone out there

Here’s the kicker- honey bees also pollinate 80% of insect pollinated plants, which make up a third of our diet.

Hah? Okay lor. Then I eat meat lor. Still got 2/3 mah. What’s the problem? – Someone out there

Guess what pollinates the food that most of our livestock eat?

We might end up in a scenario similar to Soylent Green, a 1973 movie set in a dystopian future where food resources have dwindled out and people survive on rations of a processed wafer called Soylent Green, a new product made from high-energy plankton. Except it isn’t plankton.

This isn’t something we’ve made up. Soylent Green is increasingly being used to describe such a future. Here’s one such example.

PHEW. It’s a good thing we still have bees around.

Except…. Nope. The bee population has been in “severe decline in recent years” as entire colonies pretty much disappear in a phenomenon known as Colony Collapse Disorder (CCD). After a 15-year investigation, this has been traced to a class of pesticides known as neonicotinoids, a nerve poison that contaminates the pollen and nectar of plants that it has been used on. This in turn damages the homing ability of bees , which may account for their mysterious disappearances.

These pesticides are manufactured primarily by Bayer, a German chemical firm, thus making this the second time Germany has been involved in the long term eradication of a species since- 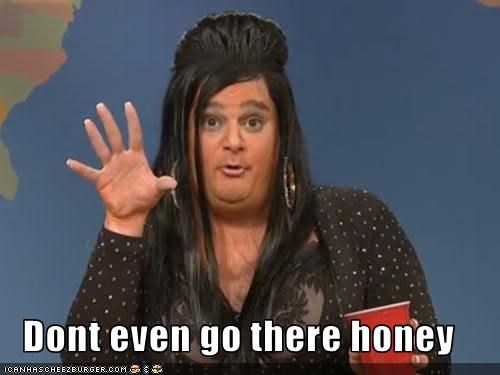 Did we also mention that these bees aren’t a native species but were crossbred in Brazil to produce more honey and were accidentally released into the wild?

So do give bees a second chance if you happen to find a hive outside your house. You can contact this hobby bee keeper for more info (Link leads to lowyat forums).

Our survival as a species depends on it.

Okay. So what about the moths?

Over the past few weeks, some of you may have noticed a large number of these things showing up all over the place…

(Says.com covered it really well, so you can read about it there, but since we need the traffic, you can read it here too.) …Or should we say a number of these large things because with a full wingspan between 10 – 16 centimeters, they’re pretty mamm-moth. 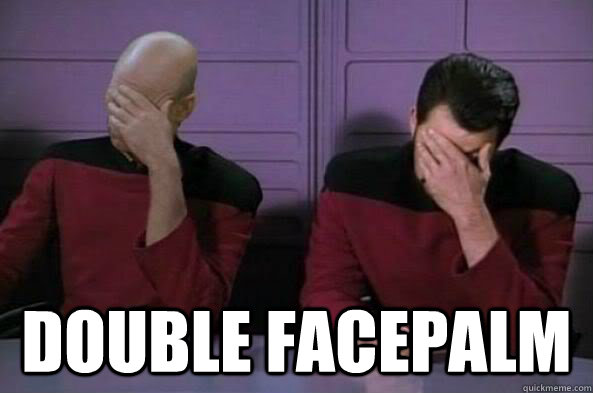 In fact, there are so many of them that they even interrupted a football match in Pahang 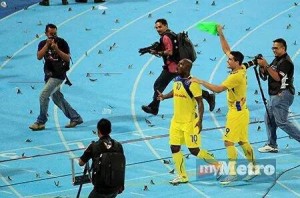 In case you were wondering, these guys are known as Laos brown butterflies, or the Tropical Swallowtail Moth (Lyssa Zampa). They’re actually present throughout the year, with the population peaking from May to July. However, they have not been as prevalent as this since 2005.

Other than the heebie-jeebies from seeing a whole bunch of them on the office corridor after the weekend, these moths are harmless except to those with asthma.

And it’s not just here. Singapore has been similarly invaded as well. We were tempted to make a joke about their immigration laws, but we should probably keep our moths shut.

So what’s the nightmare scenario?

If you’re familiar enough with Chinese customs, you might know that belief that moths are manifestations of the souls of the deceased that either come back to visit loved ones or to bring them away to the afterlife (a nice way to say kick the bucket). Moths are also said to be more frequently seen during the Hungry Ghost festival but we’re still some time away from that. Either way, moths are considered bad omens. Considering that it’s the year 2014, and there’s a “4” in the year, we’re looking forward to some really bad stuff happening.

And trust us. We have linked sources to verify this. ORRRRrrrRR …it could just be a lack of predators this year, or favorable weather conditions for caterpillar breeding. Scientists aren’t too sure what the exact cause is, but let’s just hope it isn’t a sign of environmental or climate change.

A 32-year study on Subartic moths in Finland (Ed: who the heck has time to study for 32 years!?) has led scientists to the possibility that the effects of climate change may be worse than we thought. While warmer temperatures and more rain usually has a negative effect on population size, the fact that moth populations are increasing shows that there may be some unknown ecological factors that are causing this and thus masking the effect of climate change.

And why have they been showing up on buildings and stadiums? They’re attracted to lights. Itu aje.

So there we have it. Two insects that have been misidentified as pests but are actually pivotal to our survival. Well, maybe not the moths, but they’re harmless. Unless you have asthma.

But what about something like the mosquito? Does it actually serve a purpose to the ecosystem other than to annoy us and spread disease such as Malaria and Dengue. Should it then be eradicated? We’ll be covering this topic in an upcoming article.