You may wonder how two figures that are worlds apart can be considered similar, but when you take into account the drama and twists of the English Premier League, it’s not all that different from Malaysian politics. As with every competition, there is a hero and a villain depending on who you support or think is handsome. Even if you don’t particularly like any of the teams involved, there’s always invariably a charming protagonist that makes the spectacle worth watching.

1. Both are tall, dark and handsome In any tragicomedy, the lead more often than not tends to be relatively good-looking; this helps to elevate the drama and effectiveness of any shortcomings just because they shouldn’t ever be caught in that situation. It’s like a hot chick being forced to take the LRT; why will no one fetch her?! When these two leaders speak, you pay attention and not just because what they preach is often deep and insightful. You’re more likely to listen to long speeches about how your team is always ignored by the referees or the voting public despite your best efforts, simply because there’s always the option to turn off the hearing senses and tune up the visual ones.

2. Both are good speakers and media darlings

Okay, admittedly both JM and KJ are actually very good speakers and more often than not their opinions about certain matters echo the general view of the public. Just like you and I, KJ almost definitely thinks that Village Park nasi lemak is the best in the Klang Valley. When JM first graced England with his presence, he had the audacity to state he was the Special One while not pissing off anyone in the process. That’s like cutting queue at the SS15 rojak van and having everyone high fiving your palm instead of your face.  Similarly, KJ’s no nonsense approach to revolutionise the local football scene has won praise with plenty of fans, and his call to BN not to alienate the Chinese vote but to focus instead on changing its approach gained him plenty of new urban fans and coverage nationwide. Media darlings indeed!

3. Both are the only likeable part of their clubs

Let’s be totally honest here. Most urbanites don’t support the clubs that these two are associated with, often times holding an “anything but” view of their employers. But despite the widespread dislike for their associations, these two are rather engaging characters who are in fact quite likeable. There’s a certain air of arrogance about JM which somehow translates into charm, while many Malaysians are hailing KJ as the Prime Minister in waiting. Remember that one person back in class that could get away with anything just because everyone liked him? Yeah these two are the adult equivalent of that guy.

NAH, BACA:
How one M'sian helped RedBullF1 to set a new record. And 5 other epic stories from Sepang F1

4. Both dress to the nines

It certainly doesn’t hurt to dress nicely; in fact how JM and KJ are generally portrayed to the public can be seen by doing a simple Google Image search. Suits, suits, suits, suits. After that, do a search for any one of their contemporaries. Put the two results side by side. Compare. Try to be objective. An example may turn out like this:

After careful consideration, assume you are super rich. Ask yourself, who would you rather have as host of your birthday party? Or imagine you’re on Tinder and these four gentlemen came up. Swipe left or right? If you swiped left, click here to see how those guys could do better.

5. Both are not afraid to speak out

The one thing that JM and KJ are sure to have is an opinion. Even if it’s controversial or taboo, it doesn’t scare off these two. Brutal honesty is a quality very few people have, and much less so in their worlds. 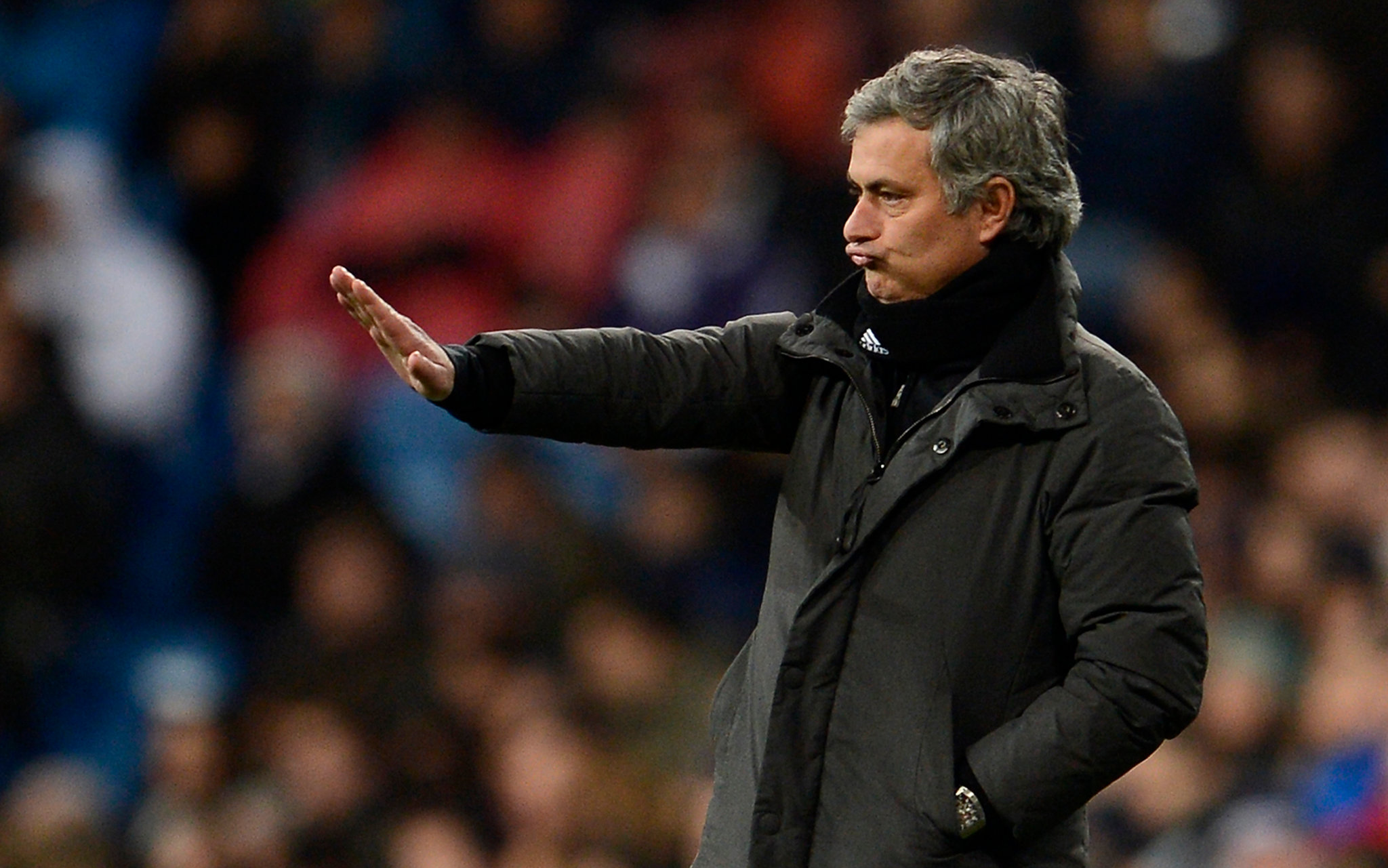 “If I wanted to have an easy job I would have stayed at Porto. Beautiful blue chair, the UEFA Champions League trophy, God, and after God, me.”
Picture from nytimes.com

“Shut up. Really, just shut up.”
Picture from thestar

JM was responding to claims that he took the Chelsea job because it was easy, with his retort giving the media a dream quote which could be republished the world over. He has since carved out a reputation for himself of constantly stirring the pot, without fear of retribution.

In a similar manner, KJ was simply stating what almost the entire nation was thinking at that time. He was the first to come out with an emphatic, cutting response that summed up the reaction of the nation. Note how plenty of his colleagues were voicing their disapproval in hushed tones, but none stood up against it until he took up the mantle. A few have since supported him, but he is the undisputed catalyst of the rebuttal.

While JM is the current leader of Chelsea, will KJ be the future leader of Malaysia? Only time will tell, but expect plenty of well-dressed, scathing comments to accompany him along the way. Let’s start with you guys. What do you think?