Being a superhero is pretty awesome. Yes, there is secret identity angst to deal with. Yes, tight spandex leads to serious chafing problems. But it is also a life of adventure, with the chance to spread some good. Plus, lets face it, superpowers are pretty sweet. Flight means never having to worry about rush hour traffic jams on the Federal Highway, while ice-powers will come in pretty handy during the next water shortage.

But whether they be magical spells, robotic suits, or plane-detecting coconuts, superpowers aren’t easy to obtain. Yet worry not! After extensive research on local folklore, and watching all the comic book movies we could find, Cilisos has prepared this handy dandy guide to spots around the country which will help you become a superhero. So grab your mask and your tights (no capes!): its time to go change the world! 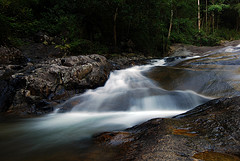 Langkawi is a land of legends, after all, so its no surprise it’d be easy to gain superpowers here. Telaga Tujuh, or the Seven Wells, are a popular tourist destination featuring a freshwater stream cascading into a series of seven natural pools. According to legend, fairies like to take baths here, giving the place healing powers.

Potential Superpower: As, the legends suggest, healing. All you’d need to do is bottle this water and bring it with you on your superhero battles. Then whenever you get maimed or electrocuted, just pour your magic fairy water on yourself, rejuvenating your injuries Wolverine style while twirling your hair ala shampoo commercial and delivering a snappy one-liner.

Good or evil?  I suppose you could cut off and regrow your arm to get a fake MC off work, but apart from that, pretty hard to misuse healing. A guide shows samples of suevite in Bukit Bunuh. Photo via the New Straits Times

Being a superhero is a pretty otherworldly experience. And if it’s otherworldly you want, drop by Bukit Bunuh in Lenggong, Perak, where a meteorite is believed to have landed about 1.83 million years ago (in other words, around when Taib Mahmud was born).

Potential Superpower: Depends on what you find, really. Some indestructible material, like adamantium? Or a magic device like a Green lantern ring? Bukit Bunuh is known for suevite, a mineral created only around crater impact spots. So far, it has not been shown to exhibit any strange powers. But who knows what can be achieved with a little scientific rejigging!

You could of course, wait for the next meteorite to land there. But those are epretty rare: experts say the odds of that happening are around onr in a million. Which coincidentally, are also the odds of a local KTM train arriving on schedule.

Good or evil? Given that Bukit Bunuh translates to ‘Kill Hill’, it’s very likely you’ll be going on a murder spree after this. Please don’t hurt us: we writers don’t make much money anyway! According to legend, noted folk hero Hang Tuah was a kickass warrior, but a totally poor wingman. After failing to help his bro the Sultan of Melaka score with the totally babelicious Princess of Ledang Mountain, Hang Tuah became emo, and  threw his keris into one of the rivers in Malacca out of frustration. Which was a shame, as the keris was said to grant invulnerability.

This keris, Taming Sari, is probably still in the bottom of some delta in the Malacca river: a forgotten relic, much like the Holy Grail or the last five winners of Akademia Fantasia. All you need is a submarine (preferably one that can dive, so no point asking the Malaysian Navy), and who knows, you could be clutching your own magical keris, which you can wave Hishamuddin-style at your enemies!

Good or evil: Given that Hang Tuah was a pretty righteous dude, I’d say you’d end up on the side of the law. (Second Link from Singapore to Johor. Image by Lady May Parmintuan via Flickr)

Sayong Pinang is a quiet town today. The place is perhaps most known for the Sayong Fort and its ancient tombs, which hail back to the Johor Sultanate. In the past, however, this town was the home of the legendary Badang, a scrawny little git who one day encountered a water demon. After eating the demon’s vomit (which was the foulest thing to come out of a mouth until PERKASA discovered press statements), Badang gained super strength, which he then used to serve his king and country.

I don’t know about you, but this really sounds like a Nusantara remix of the story of Captain America. Which means Marvel Comics seriously, SERIOUSLY owes the Malacca government some major royalties.

Potential Superpower: Brute strength. Also, since you have to swallow demon vomit, probably an iron stomach as well. Which means being able to eat all the dodgy mamak food you want without having to worry about a long toilet visit tomorrow!

Good or evil? Good, if the Badang legends are to be believed. If Johor has a local version of Captain America, then Sabah can lay claim to a Malaysian Hulk. (Mat Hulk?)

Penampang has a monument to Monsopiad, a local Kadazandusun hero and headhunter. As the story goes, Monsopiad’s parents lived in a house whose roof was home to a nest of sacred Bugang birds, which apparently  brought good luck. And so, every time his son took a bath, Monso Sr would take the baby birds down from their nests to join his son in the tub. We’re pretty sure that if he did this today, he would make headlines in Harian Metro.

This granted Monsopiad special powers, and he became a famous  warrior. Since we have no idea how the Bugang bird looks like, we recommend you take a bath with every bird you encounter in Sabah, and see which one gets you feeling stronger. (Watch out for the hornbills: apparently they have a taste for banana.) Even if you don’t gain any superpowers, you’ll still end up much cleaner!

Potential Superpower: The legends don’t actually say what these powers are, only that they are very destructive, causing more tears and drama than a Malay telenovela.

Good or evil? According to the legends, all that bathing with birds somehow made Monsopiad uncontrollably bloodthirsty, and soon his fellow villagers had to kill him. So yeah. Andrew Lloyd Webber would be delighted. Photo via (WT-shared) Shoestring at wts.wikivoyage

In Batman Returns and Catwoman, poor abused babes Michelle Pfieffer and Halle Berry are visited by an ancient feline spirit, who proceeds to give them all the powers of the cat. Which translates into…wearing tight black leather and cracking whips a lot. Because all cats are into S&M?

Regardless, if there was an ancient feline spirit residing in Malaysia, it’d probably live here. Possessing about 2000 cat-themed exhibits, artifacts, and statues from all over the world, including a mummified cat from Egypt, the Museum is certainly a quirky place to visit.

Potential Superpower: The true powers of the cat, including hairball-spitting, dustbin toppling, and the ability to create viral videos through sheer force of adorableness.

Good or evil? Cats are evil. Everyone knows this. 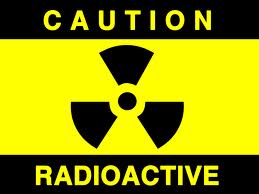 I’m waking up to ash and dust, I wipe my brow and I sweat my rust.

Who knew there was a nuclear reactor in Malaysia? Triga Puspati is a small nuclear research reactor used mostly for study purposes, tucked away in Bangi.

Many superheroes, including Captain Atom, Dr Manhattan, Radioactive Man and Sandman all gained superpowers after their encounters with nuclear science went all turd-shaped. Triga Puspati boasts an impressive safety record of over 25 years, however, so generating a superpower-origin accident may be a little difficult. But we’re sure you Cilisos readers, all intelligent and good looking, can figure something out. Just don’t go causing any meltdowns!

Good or evil? This could go either way, although we’re guessing evil. We do remember the first season of Heroes.

Tried all these places, and still failed to gain superpowers? Hey, no worries. You still have the power to change the world.