Malaysians seem to enjoy by-elections: we’ve had 32 since 2008!  But did you also know that Anwar Ibrahim is one of the main reasons for by-elections in Malaysia? He ranks number 3 behind the leading causes, which are death by cancer and death by heart attack!

Anwar must have a strong sense for déjà vu. He was charged for sodomy twice, sentenced to prison twice, and has bounced back both times. Now, he’s running for his THIRD by-election in 10 years (if you count the time he was disqualified in 2014 because Sodomy 2.0), which is quite an accomplishment for someone who was only recently released from prison AND hospital. “YOU CAN’T KILL MEHHHHH!!!” Image from: Times of Oman

After much hype and saspens, it was announced that Anwar would be running for the Port Dickson seat! However, some analysts have said that Anwar’s return to politics is ‘impatient’ and could mess with the intra-party dynamics of PKR. But what exactly are the dangers of running in a by-election so soon? Here are 5 things that could happen with this latest addition to Anwar’s by-election portfolio:

1. Dr M could sabotage him… again? Ever since he got into power, Tun Dr. Mahathir and Anwar have apparently buried the hatchet, but the two have shown that they can still low-key disagree with each other, after the latter’s criticism of Lim Guan Eng:

“(Anwar) is like everybody else. He can comment, make any comment. He’s not in the government. But generally, once we agree on something in the cabinet we stick to that decision… They can say what they like. But we are the government.” – Tun Dr. Mahathir

The suggestion that Dr. M would try to sabotage Anwar comes from UMNO man Datuk Lokman Noor Adam, who says:

“I am sure Mahathir will help to place a candidate (against Anwar in a by-election) and that is for sure. Mahathir will go all out to ensure Anwar doesn’t become Prime Minister. Because, if Mahathir cannot remain as prime minister or put one of his children as prime minister, I am sure he will dissolve (Parliament).” – Datuk Lokman Noor Adam, Pemantau Malaysia Baru President

But just how true are these claims though? It’s quite established now that Dr. M has agreed to step down and allow Anwar to take over after 2 years, and Anwar trusts him to do so. In fact, Anwar has previously rubbished such claims, even going so far as to reprimand MP Abdullah Sani for claiming that Dr. M, Council of Eminent Persons head Daim Zainuddin, and PKR Deputy President Azmin Ali were hatching a plot to prevent him from taking the big seat.

Anwar has said that Mahathir is reportedly ok with him running in PD, plus Mahathir himself has openly endorsed him, so regardless of what’s really going on, on the surface at least, they seem to be BFFs for now… 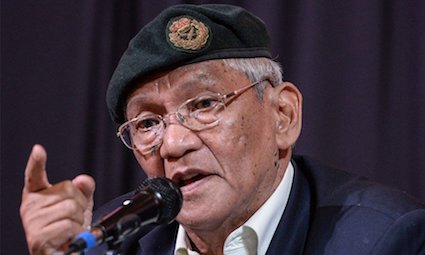 “Darn kids, why, in my day…” Image from: Malaysia Today

Pictured above is National Patriots Association (Patriot) president and Institutional Reforms Committee member Brig-Gen. (Rtd) Mohamed Arshad Raji, who has spoken out against the idea of former PD MP Danyal Balagopal Abdullah stepping down as MP to allow Anwar to contest the seat (which, by the way, has already happened).

Apparently Army vets aren’t too happy that one of their own had to step aside to let Anwar in, feeling that they have lost a major form of representation as Danyal Balagopal himself is a retired First Admiral of the Royal Malaysian Navy:

“… Patriot urges the PKR leadership to allow the Port Dickson seat to remain with the incumbent, and for Anwar to contest a seat elsewhere.” – Brig-Gen. (Rtd) Mohamed Arshad Raji, President of Patriot

Well, too late for that then. The loss of Danyal Balagopal would be a blow to the veterans’ community in Port Dickson, especially since they feel that they have not been taken care of properly in the past:

“Patriot feels strongly that Danyal should remain as MP to articulate issues pertaining to military matters and the welfare of veterans which are often left wanting.” – Brig-Gen. (Rtd.) Mohamed Arshad Raji, President of Patriot

With all that’s been said and done, this unfolding of events could be crucial to the result, as the dissatisfied Army vets may rally against Anwar instead. Keep in mind that Port Dickson is a location with strong naval traditions, and military veterans could have a strong say in swaying the vote.

3. PKR could implode on itself 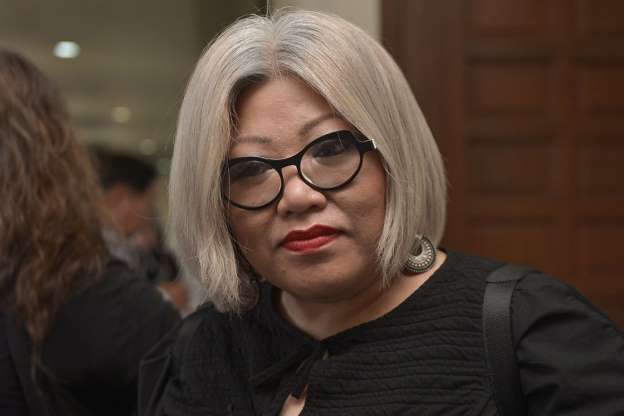 Although support for Anwar and PKR remains fairly high in Port Dickson, pedas-tongued lawyer and human rights activist Siti Kasim has called on voters to reject Anwar in PD, saying:

“If Anwar can’t be honest and open with his own party, he can’t be relied on to be honest to the rakyat… Soon it will be another Umno.” – Siti Kasim to FMT

This was because apparently, the decision for Anwar to run in a by-election was not decided upon by consensus of the party members. And if the party itself couldn’t collectively agree if this was the right move, it could, according to PKR Wanita chief Zuraida Kamaruddin, depict the party as being “manipulated by a certain group”.

While the Selangor Mentri Besar has billed the PD seat ‘unsafe’ for PKR, saying that the decision was made without evaluating the winning possibilities or consulting party members.

But sometimes, help arrives in the unlikeliest of forms… And you’ll never guess who’s actually throwing in their lot with Anwar this time round:

“I’m serious… there is some common thinking among Umno MPs that we should come back into government as early as possible… The only way to do that is to work with PKR. We should show some goodwill… If we want to form the government, let Anwar win.” – Nazri Aziz, UMNO MP for Padang Rengas

Yes, you read right, Nazri Aziz has pledged support for Anwar in the coming by-election, adding to the list of un-UMNO-like things that he’s said since the new government took over!

PKR feeling unsure about Anwar and an UMNO man backing him instead… The world really is getting a bit weird. Although the Negri Sembilan branch of Pakatan Harapan is targeting a 60% turnout for the upcoming Port Dickson by-election, recent turnout numbers haven’t been too convincing. The Seri Setia and Balakong by-elections recorded an all-time low in terms of voter turnout, with only 44% and 43% of voters respectively. And this is despite the by-elections being held on a weekend, while this year’s main event GE14 managed to grab 82.32% of voters, despite being held in the middle of the week.

Why is this happening? Well, it seems that Malaysians are just getting really tired of back-to-back elections and just wanna enjoy the holidays, according to DAP deputy secretary-general Nga Kor Ming.

So this means that even if Pakatan gets their wish and secures a voting date on a weekend, voters might still not want to show up. Which is concerning for Pakatan because they feel that their 60% turnout target is crucial to securing a comfortable win for Anwar. Which leads into our final point… 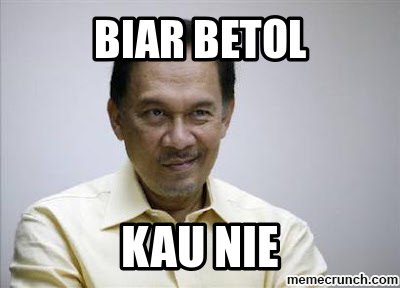 Although BN has officially boycotted the election, Anwar isn’t totally out of the woods yet, with a total of 7 candidates now running for the seat, 5 of whom are Independents! However, regardless of their chances, there’s always the possibility that Anwar could actually lose.

One reason that could bring about this defeat is the UMNO-PAS partnership. Although UMNO is not contesting the seat this time round, PAS has said that they’ll eventually come in to help with their campaign instead, which could potentially be a boon for the Opposition especially in Malay-dominated areas… but only if they are able to shift their focus to problem-solving and helping the people rather than championing ethnic issues, says Universiti Malaya’s Awang Azman Awang Pawi:

“… If they truly want to emerge as a strong opposition coalition, Umno and PAS need to start talking about national issues and how they can help the people solve problems, instead of being stuck in championing ethnic issues.” – Associate Prof. Dr. Awang Azman Bin Awang Pawi, Universiti Malaya 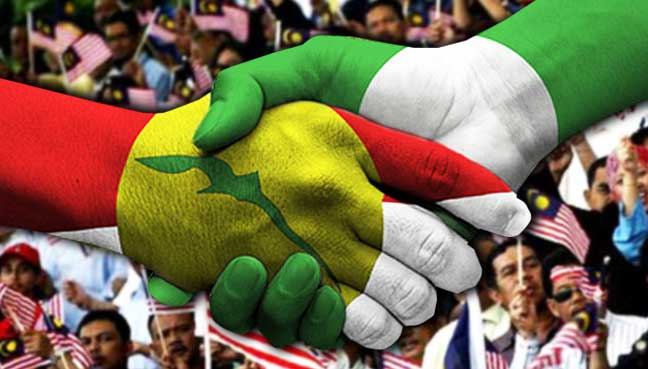 Even though they didn’t win at the recent Sungai Kandis and Seri Setia by-elections, there was still cause for PAS and UMNO to celebrate as they managed to grab a considerable chunk of the Malay votes, a big sign that Pakatan’s hold on Malay voters was weakening. This, according to Datuk Seri Syed Arabi Idid, a professor at the International Islamic University of Malaysia (IIUM), is due to a combination of PH’s delay in fulfilling their promises and their inexperienced cabinet:

“… it (introduction of SST) could face a pushback from the B40 voters, which is predominantly Malay… The Umno-PAS partnership in the by-election this time successfully showed a shift in votes of eight per cent to PAS. This proves that Malay votes for PH had suffered and it is ‘fragile’ in nature.” – Datuk Seri Syed Arabi Idid, IIUM

Keep in mind that Anwar’s opponents are under no pressure to win, while Anwar really, really needs a victory. In any case, a loss for Anwar in the PD by-election would be not just embarrassing, but a disastrous start to his born-again political career in this country. Which leads into our final point… 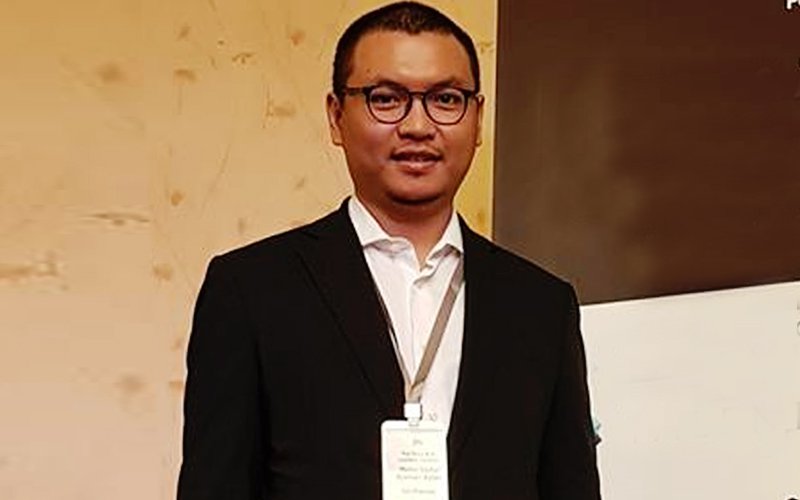 There are 7 candidates in total running for the PD seat but one surprise name has emerged in the contest and that’s… *drumroll* Saiful Bukhari, the very man who put Anwar in jail in the first place!

In a bizarre turn of events, Anwar’s former aide emerged out of the wilderness (seriously, where has he been?!) and announced, in a blaze of glory, that he would be running against the very person whom he accused of sodomy wayyy back in 2008!

That’s not all: Anwar and Saiful appear to have actually buried the hatchet and even shook hands in public! 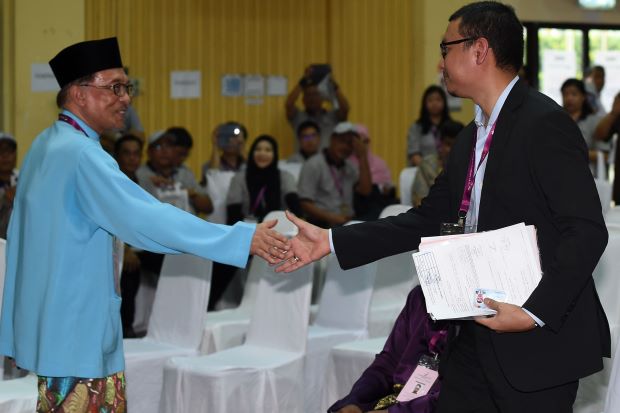 The second most complex handshake in Malaysian politics… or is it first? We don’t even know anymore, all of this is getting too bizarre. Image from: The Star Online

When asked about what he thought of his former aide running against him in PD, Anwar simply ‘shrugged’. As for Saiful’s motivations behind the move, he’s said that PD is a good platform for young politicians to grow, and that PD was once his ‘playground’, while others have speculated that this is all an elaborate ploy to assassinate Anwar’s character.

Honestly, we don’t even know what to think at this point. All we can do is wait and see what happens.

Malaysia is getting very strange indeed.

The wheels of democracy go round and round… Much has been said about this upcoming by-election but it is important to remember that whatever the result, it is sure to rock the nation into a frenzy. While even Bersih 2.0 has questioned the ‘shotgun’ nature of the snap by-election, Anwar currently has the support of DAP, Syed Saddiq, and Singaporean Prime Minister Lee Hsien Loong!!

If Anwar wins, he re-enters Malaysian politics with a bang, but if he loses, it will send a powerful message to the ruling gomen that even they are not invincible. Only time will tell how it will go, but in any case, the Malaysian public will be watching (and judging) very closely.