Every memorable person or character needs a memorable catchphrase. The Terminator has “Come with me if you want to live”, the Star Wars franchise has “May the Force be with you”, The Rock has “Can you smell what the Rock is cooking?”…

…and Anwar Ibrahim’s seems to be “I have the numbers”.

Although never uttered in every instance, Anwar has made quite a few declarations where he’s had majority support in his bid to be PM over the years. Unfortunately, his strength of will in being Prime Minister has overshadowed his strength in Prime Numbers because all of these declarations have ended in: 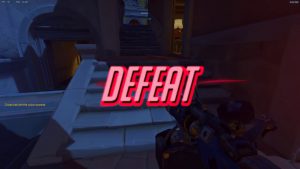 So now, let’s take a finite number of steps down memory lane where we revisit all the times Anwar had the numbers to the one time he actually had the numbers.

1998: He had the numbers, but… uh…brown eye and black eye happened 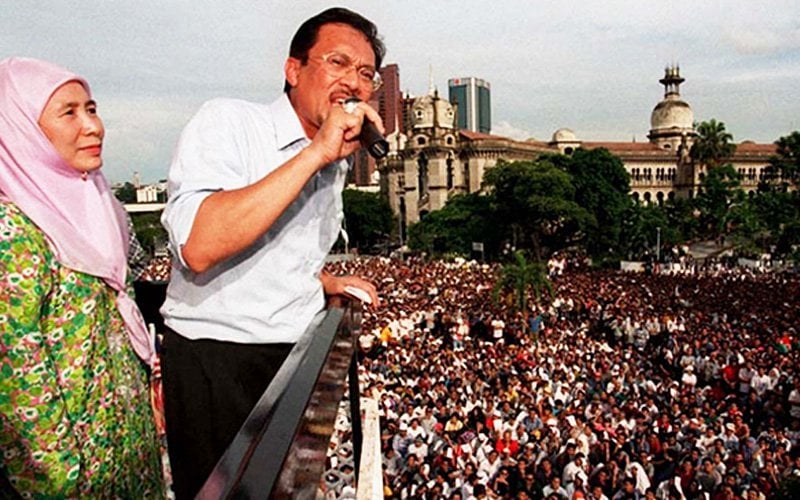 11 years after he entered the Malaysian political scene, Anwar had risen to be Tun Mahathir’s Deputy PM while simultaneously holding the Minister of Finance position in 1993. Anwar was seen as Mahathir’s protegé and the next-in-line for the PM’s seat and – for a time – he was in the PM’s seat when Tun M went on a 2-month work holiday and left Anwar in charge as acting PM.

But, after a series of disagreements with Tun M about the 97/98 Asian Economic Crisis, Anwar was sacked from the government and booted from UMNO. Anwar proceeded to rally tens of thousands in a march behind the banner of “Reformasi”, calling for Tun M’s resignation on 20 September 1998.

Quite coincidentally, almost as if coincidentally so, Anwar was slapped with sodomy and corruption charges nine days later; where he ended up with a black eye courtest of the Chief of Police at the time, and sentenced to 9 years in prison.

But the guilty verdict he got from for allegedly putting a cork in the wrong bottle put a cork in the bottle that was his political career… at least for a little while. Anwar’s reaction to all our cheap back door references. Image from isupolitikmalaysia-7

Barred from politics, Anwar contested in the 2008 General Elections through his wife, Wan Azizah, who ran in his place as the head of the Pakatan Rakyat coalition.

Despite only winning 82 out of 222 seats, Anwar was confident that the Pakatan Rakyat coalition was able to form a so-called backdoor federal government. According to him, there were MPs from Sabah, Sarawak, and UMNO who were waiting to cross over to Pakatan Rakyat, which would then lead to a vote of no-confidence against the Prime Minister (Abdullah Badawi at the time).

“The PKR-PAS-DAP alliance had already secured the required number of (Member of Parliaments) MPs but wants to form the government with a strong majority.” – Anwar, as quoted by The Star.

He was so confident, in fact, that he set 16th September 2008 as the deadline to form the new Pakatan Rakyat government.

Well, September 16th came and left and we’re only a quarter way through this article so, no, that didn’t happen.

Apparently, BN coincidentally ended up sending 49 of its MPs to Taiwan for an agricultural seminar. And, according to Anwar, these MPs were not allowed to return from Taiwan before 16th September to prevent him from materialising his plans to form a new govt.

You can read more about the entire debacle here.

2013: He had the numbers, but… BN had slightly better numbers 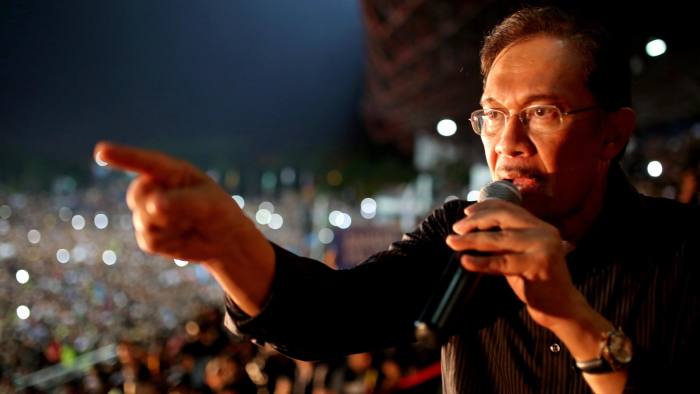 “You can count on me more than I can count you.” Img by Financial Times.

Aah, 2013, the year The Conjuring creeped into Malaysian theaters, and the year of Malaysian’s 13th General Election. Anwar’s been campaigning hardcore on his “Reformasi” platform for the past couple of years as the leader of the opposition coalition, Pakatan Rakyat (comprised of DAP, PKR and PAS). He was so sure that this GE13 was in the bag after the “political tsunami” of 2008:

I will try my best. I am confident we will win. But if not, I will step down. – Anwar Ibrahim, as quoted by ABC news

NAH, BACA:
Mahathir's new policy is...to make sure that no one will stay as PM as long as he did?

To be fair, Pakatan Rakyat did win the popular vote (51% over BN’s 49%), but BN managed to retain sufficient seats in Parliament to form a government. Once again, victory had slipped through Anwar’s fingers. He went on a news conference shortly after the results were announced and accused BN of doing dirty stuff behind the scenes, including using immigrants as proxy voters. Rallies were held nationwide to protest the results, but no investigations were ever launched.

As if to rub salt in his wounds, he had to go back to prison a second time in 2015 for another set of sodomy charges thrown at him in 2008 (again, sus timing). Richard Bennett, the Amnesty International’s Asia Pacific Director, condemned the incarceration, calling it “oppressive” and “deplorable”. Fortunately for Anwar, he didn’t have to serve out his entire sentence cos’ the Agong provided him a royal pardon 3 years later. 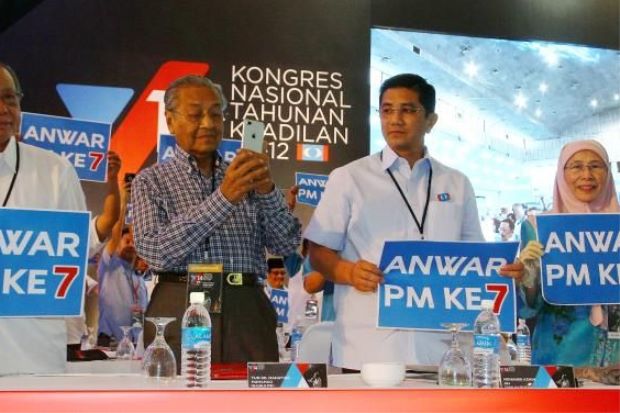 At least they counted the 7th PM (at the time) correctly. Img by Malaysia Today.

Well, this one should still be somewhat fresh in our minds. Tun M made a comeback to unseat Najib with the newly-formed Parti Pribumi Bersatu Malaysia (BERSATU) party, captained Pakatan Harapan (comprised of KEADILAN, DAP, BERSATU, AMANAH and PAS) to sweep the 14th General Election. Before the election, Tun M actually promised to promised to hand the reins over to Anwar in 2020.

Three months into 2020, the pressure was mounting on Tun M to keep his word, and the PM seat seemed just within Anwar’s reach, but…

The infamous Sheraton Move has been compared to a maneuver straight outta Game of Thrones, where Muhyiddin, Azmin Ali and various other politicians essentially staged a bloodless coup and launched us into a caretaker government with two caretaker PMs.

That more or less struck down Anwar’s third attempt, since Tun M never got to fulfill his promise, and that brings us to…

2020 part 2: He had the numbers to form a federal government… but UMmmm…NO. 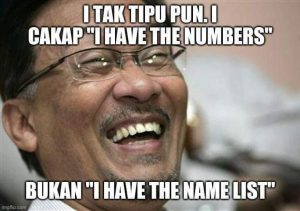 After the MCO dan perintah-perintah yang selockdown dengannya, Anwar held a press conference in September 2020 together with Wan Azizah and Saifuddin Nasution, claiming to have a “strong majority” to form a new Federal government.

With a solid and convincing majority, it means that as of this moment, the government of Muhyiddin Yassin has fallen… – Anwar Ibrahim

UMNO President Ahmad Zahid Hamidi said he’d heard that many UMNO’s MPs were ready to defect to Anwar’s camp but Muhyiddin remained skeptical, saying that he was the rightful PM unless proven otherwise via constitutional processes.

Anwar did have an audience with the Agong in October, but that 25-minute meeting ended with a rejection because Anwar didn’t have a list of the alleged Dewan Rakyat reps backing him.

In July 2022, he explained that he really really did have 120 MPs (including 12 from UMNO) backing his efforts… until he refused to get involved in Najib’s court cases. In the same interview, Anwar also mentioned that Tajuddin basically verified this story in a separate press conference. 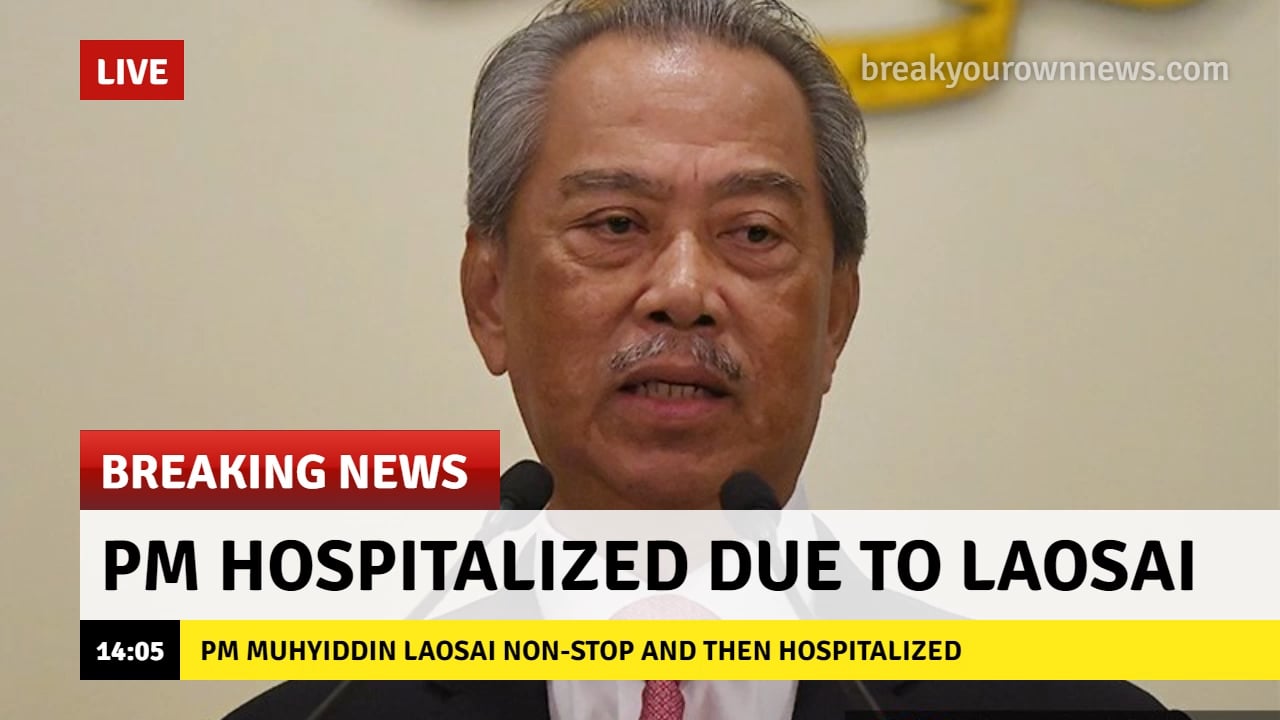 If you’re not sure what “laosai” is, ask a Chinese friend! Img by breakyourownnews.

By July 2021, Muhyiddin (now known as Mahiaddin) has been serving as Prime Minister for a year plus. His popularity rating with the rakyat was at an all time low, getting so bad that Abah had a persidangan khas in August to convince everyone that he still had the numbers.

A day later, Anwar also declared that the opposition has the numbers.

Everything came to a head on 15 August 2021 when Mohd Redzuan Md Yusof, the Minister in the Prime Minister’s Department (Special Functions) announced that Mahiaddin would be resigning the very next day.

The race was on again.

Anwar and Ismail Sabri Yaakob were mooted as frontrunners to be Malaysia’s 9th PM.

Ismail Sabri runners to the front and became PM.

2022: He had the numbers but… OMAIGAWD HE REALLY HAD THE NUMBERS

Anwar literally went for that mic drop moment. Gif made with Giphy.

During the Pakatan Harapan press conference at the outcome of the GE15 results, Anwar came out before the results were fully finalized and… you guessed it – said he had the numbers.

No, no minus. Pakatan Harapan will be forming a unity government with BN as its main partner alongside Warisan and GPS, with Anwar as Prime Minister.

If at first you don’t succeed… It was Albert Einstein who apparently said “Insanity is doing the same thing over and over and expecting different results”. Well, Anwar sure proved Einstein wrong didn’t he????! #malaysiaboleh #kitaboleh #minummiloandajadisihatdanPM

If anything, this is something that should be taught in schools for time immemorial on the importance math and perseverance.

….since perseverance grants 6.5 health and 2.25 mana regeneration for a relatively low cost.