First up, we used “ISIS” in the title because it’s a term most people are familiar with. The group now calls themselves IS, or Islamic State to be in line with their self-proclaimed Islamic Caliphate. So don’t worry okay, CILISOS info quite updated wan.

However, for this article – and perhaps all future ones – we’ll be referring to the group as Daesh (pronounced as “Dar-sh”, like in “Dashyat”). This is the “new” term used to refer to The Group Formerly Known as ISIS, which Daesh isn’t happy with. In fact, Daesh has supposedly threatened to cut the tongues off anyone who refers to them by this name. We’ll tell you why later, but for now…

Yep, that was our weekend – filled with non-stop warnings about a potential terror attack in KL and how we should play safe and stay at home: This whole thing came about when, just a couple of days after the attack in Jakarta, news emerged that a similar attack was being planned in KL. A man from Terengganu was arrested for planning to blow himself up at an entertainment venue in KL after receiving orders from Daesh.

Ironically enough, he was also an insurance agent. So with all the stuff we’ve been hearing, we figured we’d compile a few of them into a list and evaluate just how much water these statements actually hold. In caps. Because people very scare mah.

We’ll be using our Worry Meter™ to gauge how worried you should be over the following statements. Lower score = less worry Walaoyeh. With such a high percentage, it’s surprising we haven’t been bombed yet (choi! choi!). We saw this particular article being shared around and were equally shocked at the numbers. This means that there are slightly more than 3.1 MILLION Malaysians who support Daesh!

Now, we would ordinarily question the statistical measures used to arrive at this conclusion, but based off your feedback on our recent unemployment article, our knowledge of statistics is p >.05 so we’re not gonna go that route.

Instead, we clicked on the reference given at the bottom of the article – leading back to Pew Research Centre, who conducted the study, and found this: Hmmm… one survey, two different messages 😐 Also, not like we’re experts or anything but considering that only 1000 people were surveyed in Malaysia, we’re pretty sure these results aren’t telling us that 1 in 11 Malaysians support Daesh. Here’s the question and results breakdown for the survey if you wanna look deeper into it.

But on that note though, this doesn’t discount the fact that there ARE Daesh supporters here, as evidenced by the 47 Malaysians currently in Syria and the existence of shops selling Daesh merchandise. Malaysian recorded at a Daesh beheading (body cropped out of photo). Image from The Star.

So we’ve kinda already determined that at least one guy planned to do a suicide bombing here. But on the bright side, they may not do as much damage since local recruits would probably be lacking the experience and equipment to launch a full-scale attack. According to an account, a secret militant training camp in Malaysia used fake weapons modified to look like real ones, indicating that a locally-trained recruit would most likely not have experience with real guns.

But here’s the greater concern – Malaysian Daesh fighters who come back home. It’s been recently reported that Malaysian recruits have been “moved up the ranks“; meaning that from being cleaners and guards, Malaysian militants are now being trained to become snipers and suicide bombers – some even being used to conduct special ops missions in Iraq. Even more worrying, 8 Malaysian children were brought by their parents to be trained and indoctrinated in Daesh camps, which means that it would be very hard to bring them back home as they would have been heavily brainwashed.

“We believe the children were given training on simple weapons handling along with religious indoctrination from a young age.” -Bukit Aman Special Branch director Mohamad Fuzi Harun, as quoted by The Straits Times

And even even more worrying, the police recently foiled an attempt to set up a child training camp right here in Malaysia. Unless you’re a hermit or a “home based entrepreneur” (aka jobless and playing DOTA 24/7), there’s no realistic way of avoiding public places. You’re gonna have to go to the office, maybe take the LRT, maybe pay bills at the post office at lunch, et cetera.

“Bodoh punya CILISOS,” you’re gonna say; “They mean avoid clubs and shopping malls laaaa~”. “Dear respected reader,” we say; “This would be true, but it depends on Daesh’s strategy in this region.” While most of us might think that terrorists do terroristy things just because they cray-cray, Prof. Alex P. Schmid – an expert who worked extensively in Terrorism Prevention – stated that most terrorist activities nowadays are aimed towards getting free publicity.

NAH, BACA:
EXCLUSIVE: An Interview with a Suspected M'sian Terrorist

For example, one oddity that struck some people about the Jakarta attacks was how, considering it was during lunch hour in a super-packed area, there were relatively few casualties. Although investigations are still ongoing, experts are already saying that the attacks were:

Unlike the well-planned Paris attack, because the militants here aren’t as well trained or equipped, the idea would simply be to do what they can to get the message across. You can read more here, here and here.

So if it’s true that this is Daesh’s strategy for the entire region (that’s us!), then small (lone-wolf) attacks might happen anytime, anywhere. How long can you “take precautions”?

4. CANNOT DEPEND ON MALAYSIAN GOMEN TO PROTECT US WAN! Uhm… actually, credit where credit’s due, our boys in dark blue have been pretty efficient at stopping terrorist attacks, not just with the latest suicide bomber arrest, but throughout the country’s history. And they’re pretty serious about it too.

Along with a whole bunch of arrests (about 50 in 2014), we’ve also foiled at least two bomb plots so far, and PM Najib has proposed the formation of a regional facility to counter Daesh at a UN Summit in September 2015. Here’s what the US Country Report on Counter-Terrorism has to say about our efforts so far:

“Malaysia demonstrated its political will at the highest levels of government to confront the threat of ISIL and other terrorist groups … Malaysia is one of the lead countries for two key priority areas: 1) cybersecurity and terrorists’ use of the internet, and 2) counter-radicalization.” – Quoted from the website of the US Embassy in Malaysia.

So in this sense, all the armed abang and kakak polis that you patrolling around town now should be seen as a good thing – that efforts are actually being made to prevent any potential attacks, or at the very least, to provide the public with a sense of confidence that something is being done. But on that note though….

5. THE GOMEN IS USING THIS AS AN EXCUSE TO TAKE OUR FREEDOM!!!

Everything we’ve written so far has been pretty supportive, but here’s a little counter-point… Is the government using the Daesh threat to justify controversial laws that potentially be abused?

In our January 19th copy of The Star, there was almost an entire page dedicated to the National Security Council (NSC) which was, if you missed our previous article about it, called the “Dictator Bill” because it would allow the Prime Minister to declare something very similar to an Emergency (Darurat) without needing approval from the Agong. Here’s another column on the same page:

Considering that there are already other (equally controversial) laws such as POTA and SOSMA in place to specifically combat terrorism, the NSC is seen as unnecessary because it potentially allows the Prime Minister to clamp down on freedom of speech and anything else they might not like… such as rallies.

There is simply little correlation between any terrorist activities and the powers conferred in the NSC Bill … It is therefore outrageous for the prime minister to make the convenient conclusion that if a similar terror attack were to happen in the country, the NSC law could then be used to deal with the situation when such a threat could be handled by the Malaysian police and existing laws.” – Datuk Ambiga, as quoted by Malaysiakini.

Also, despite promises that these laws will not be used for political purposes, the use of SOSMA against ex-UMNO leader Datuk Khairuddin and his lawyer Matthias Chang kinda indicates otherwise. 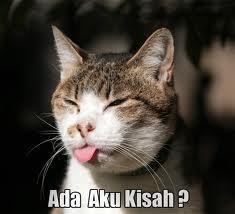 By “us” we mean the ordinary Rakyat, because obviously our security forces can’t ignore them la.

While it may sound as if we’re taking this whole terror thing lightly, it’s actually the best thing to do. Again, what terror groups like Daesh thrive on is propaganda and fear, and using this to appeal to people looking for fame or validation. Prof. Alex stated that the most common response to terrorism is more violence, but this has historically proven to be quite ineffective because Daesh will use anti-Muslim sentiments caused by their attacks to further “prove” that Muslims are being victimized.

Daesh is already super good at social media (which is how many Malaysians become radicalized) to the point that JAKIM pretty much admitted it was a challenge to stop. When we start living in fear of an attack, spread bombing rumors, or – at worst – start bashing Malays or Muslims for being terrorists; Daesh has won.

“…what inspires the most lethal terrorists in the world today is not so much the Koran or religious teachings [as much as it is] a thrilling cause and call to action that promises glory and esteem…” – Scott Atran, Anthropologist, in testimony to the United Nations Security Council. Quote taken from The Better Angels of Our Nature by Steven Pinker.

And for us at CILISOS, the reason why we’re using the term Daesh instead of Islamic State is used is because it’s seen as a refusal to legitimize them as representative of Islam or as a State. We also avoided using “Jihad” because their actions are against Islamic teachings, and not a “Holy War” as they claim.

So perhaps that’s what we ALL need to do – undermine Daeshs’ message by removing their credibility so people won’t be swayed into joining them and, if you want, join in on the social media mockery. Even if this may not achieve anything, it would at least give everyone a laugh. The reason why the Jakarta attack was seen as a failure for Daesh is because it didn’t achieve any of these goals. Instead of widespread fear and paranoia, Indonesians stood in solidarity, discussed the hensem policemen who showed up, and shrugged it off, with life returning to normal the next day. In fact, a satay vendor about 300 feet away from the attacks just buat tak kisah and stayed on.