In our initial article, we made a few mistakes which we wanna correct here. First and foremost, we wanna say sorry to ugaiz, but hopefully this updated article will clarify everything. We received a letter from the Department of Statistics with the corrections, so here goes…

With talk of how 2016 is gonna be a lousy year for jobseekers and retrenchments are expected to rise, the Department of Statistics came forward with a silver lining. They just released the unemployment rate and it is 3.1% as of Oct 2015.

Anyway, have you ever wondered how the Malaysian Statistics Department calculates the unemployment rate in Malaysia? We contacted them over email and got the answers we wanted.

1. Housewives are counted in the unemployment rate

*CORRECTION: Originally we wrote housewives WERE counted in the unemployment rate. Turns out, they’re not, so yes it makes a lot more sense now. Don’t need no jobs yo. Image from nwasianweekly.com

Well duhhh la raite? Why count the housewives? We’re not saying all housewives are just happy to be at home and have no career ambitions, nope that’s not what we mean. They might not even want jobs or are actively looking for one. So they’re considered part of the category ‘outside labour force’, this means people who are neither employed nor unemployed. That counts in students (including those going for further studies), retired people, disabled persons and generally whoever is not interested in looking for a job.

2. It does NOT involve a lot of mentally exhausting math 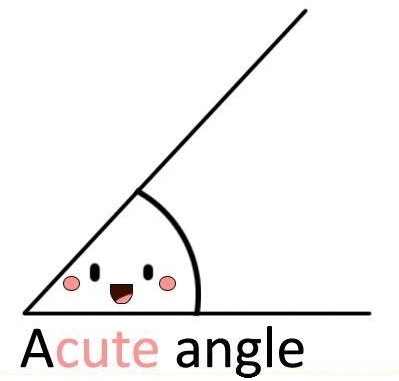 But not THIS easy! Image from irrlicht.sourceforge.net

Anyway we thought we better put this point here and get it out of the way because everything in this article might fall back to the formula and the Stats Dept’s methodology of gathering info. As mentioned, we follow the Labour Force Survey (LFS) monthly, conducted by the department through household approach (means they go door-to-door). It’s based on the guidelines and recommendation of the International Labour Organization (ILO).

We thought the formula to calculate unemployment rate for an entire country would be crazy and complex, but surprisingly it’s not: Yup, it adds up

So to get their figures, the Statistics Department has their monthly survey, the LFS. Which brings us to the next point…

“The LFS uses the personal interview method. Trained interviewers will visit households in selected living quarters (LQs) to collect information on all household members, including their demographic particulars.” – Nor Hanizah

But NONE of the gaiz in the CILISOS team have ever had gaiz from the Stats Dept knocking on our doors for an interview. Have any of you kena before? Let us know in the comments below.  🙂

That aside, we asked them how they pick the living quarters (LQs). Eeny, meeny, miny, moe? Nope. From Malaysia’s housing census made up of Enumeration Blocks (EBs). Each EB covers 80-120 LQs (ie. houses). For example: 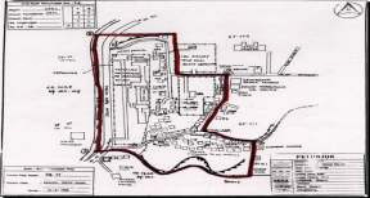 But here’s the thing… it covers only private LQs, which means they don’t interview people who live in hotels, hostels, hospitals, boarding houses, or construction sites. That means there are bound to be some employed and unemployed people left out during the time of survey la.

In fact, the Statistics Department’s only selects around 100,000 LQs annually. It covers both urban and rural areas of all states in Malaysia. That’s quite few compared to the total LQs we have in Malaysia which is 7.35 million in 2010. And there would have been many more by Oct 2015.

BUTTT, this technique allows an inference of the population from the collected samples using proper statistical estimation method. Long story short, even though the survey does not count every Malaysian, the result represents all the population in Malaysia.

4. Even Form 3 students are counted in the workforce. HUH?!?

*CORRECTION: Sorry again guys, we made another boo-boo here. Students are definitely NOT counted in the unemployment rate. 15-year-olds are…Confused? We’ll explain… “The labour force refers to those who are 15 to 64 years (in completed years at last birthday) and who are either employed or unemployed.” – Nor Hanizah

So secondary school kids as young as Form 3 could be counted as part of the workforce! HOWEVER, students are not counted in, just like housewives, people with disabilities and retired folks.

Huhh, what about child labour laws and all that? We Googled Malaysian child labour laws and found out the age that people are allowed to work is even LOWER than that – Malaysians can start working from 14 years old! Of course there are certain restrictions la, like they can only do light work, family work, if the government employs them for a specific task, etc. Apart from that, we found out that children’s rights in Malaysia only protects their education up to primary level.

So you see, 15-year-olds who stop school can work. It’s sad when you think about it because the whole purpose of them studying all the way up to university is so they can improve their career opportunities. But who’s to say la, after all, the world is full of people who never completed formal education, who still managed to become top money-makers. (Eh, don’t get ideas ar  😛 )

So the unemployment rate…is a LIE?! *gasp* Nola, we didn’t mean to say it’s a lie. What we meant to say is the unemployment rate won’t reflect the real situation of unemployment in Malaysia super accurately.

Not 100% la fersure coz their sample size is only 100,000 LQs, whereas there are a lot more households than that. Many Malaysians also may not have had a visit from them before to do the Labour Force Survey questionnaire. On top of that, the way of calculating unemployment rate differs from country to country – some countries count people who receive unemployment benefits only (Malaysia doesn’t have this, but the US does), some count the disabled and some count people who choose not to work, and so on.

But what’s the same is the accuracy bit in every country. Truth is, every bit of statistics in different countries can be misleading. Take Malaysia for example, while the figure 3.1% doesn’t look so darn alarming, yet so many young people cannot find jobs. It still points to a larger problem, which we talked about in a previous article on why Malaysian grads are jobless. So whatever ‘nice & low’ unemployment rate we get, instead of patting ourselves on the back, maybe we need to tackle the bigger issue of why people cannot find jobs.

Sorry, we digressed. Anyway, bottomline is, the 3.1% figure we currently have is not the cold, hard, truth of Malaysia’s unemployment situation… “There are three kinds of lies: lies, damned lies, and statistics.” – quote popularised by Mark Twain