Note: This article was originally in 2015, and updated in 2021 with new context. Some examples may still be slightly outdated.

Whenever Malaysia enters a period of drama where the government is seen as the problem rather than the solution to the problem, many would eventually turn to a higher power for help – The Yang di-Pertuan Agong:

Our current Agong, YDPA Sultan Abdullah holds the unofficial title of being our ‘kindest King ever’ after personally belanja-ing makan reporters waiting outside the Palace, among other noteworthy things we’ve previously written about here. In fact His Majesty is so nice that, even during the recent ‘derhaka’ drama with law minister Takiyuddin Hassan, His Majesty still sent a bouquet of flowers as a get well gift after Takiyuddin underwent heart surgery.

So with the current state of the government more up in the air than hands at a rave party, you might be wondering… can the Agong actually replace the Prime Minister, or take a more direct role in saving Malaysia? Well…..

P.S. We’re trying to be as factually correct as we can without boring you with legal legislative mumbo-jumbo… So, if got mistake, please don’t sedition us, just tell us about it in the comments, k?

1. The Agong cannot sack the PM, but may be able to sack other menteri

According to Eric Paulsen from Lawyers for Liberty, he said that in theory, as long as the PM commands the majority in the Parliament, the PM cannot be sacked. So, to sack the PM, a party would have to show that the PM no longer has the support of the majority. But…

How does one show ‘no support’ for the PM?

Well, the best way is a ‘vote of no confidence’ in Parliament. A party (usually the opposition) have to show that the Members of Parliament (a.k.a MPs) no longer have confidence in the PM (Just like how the conservative Margaret Thatcher brought down the Labour government in 1979). But then right… the procedure for it is not very clear.

Alternatively, MPs can also sign Statutory Declarations withdrawing their support for the PM, and present them to the King. A Statutory Declaration (or SD) is kinda like a legal document where the person declares either a fact or a preference. While this sounds like something that can be said on Facebook, the difference is that SDs are filed under oath and can be used in court. You can read more about this from our cousins at Asklegal.

As for the powers of the Agong, there is no specific sentence in our Federal Constitution that says that His Majesty can suke je sack our PM anytime. Article 43(5) of our Federal Constitution however states that all menteri except our PM holds their office at “the pleasure of the King”. They will continue to be menteri unless His Majesty, on the advice of the PM, revokes their appointments or they choose to resign.

So  yes, the Agong can sack the other menteri, but only on the advice of the PM.

2. His Majesty can stop the PM from declaring a state of emergency Well first of all, it isn’t that easy to declare a state of emergency (as we’ve covered before) and the PM cannot suka-suka declare an emergency. This is because, for the declaration to be valid, the Agong will need to sign the declaration. Our Agong cannot even give permission to someone else to sign on his behalf. For more on this, refer to Article 150 of our Federal Constitution, or better yet, this article by the Malaysian Insider.

As you know, the Yang di-Pertuan Agong declared an Emergency (Darurat) in January 2021 due to the worsening pandemic, but now you might be wondering…. then what was the MCO before that?

Well, that came from a law that was passed in 2016 called the National Security Council Act, which led to the formation of the National Security Council or Majlis Keselamatan Negara – of which the Prime Minister of Malaysia is the Chairman. To keep a long story short, the MKN has powers that are very very close to Emergency, except under the full control of the Prime Minister.

3. Agong is the boss in Parliament If ugaiz think that the Agong’s job is only to attend functions and stay in a nice palace, ugaiz are wrong! His Majesty is actually part of the Malaysian Parliament. Really wan, he’s not just there just to give speech. Only the Agong can convene the Parliament under Article 55 of the Federal Constitution. More importantly, all bills in the Parliament requires the assent (aka stamp of approval) of the YDPA for it to become law.

Not cool enough? What if we tells you that the much criticised Official Secret Acts do not apply to the Agong? Under article 40(1) of our Federal Constitution, His Majesty in entitled to receive any information concerning the government which is available to the cabinet.

However, there’s a little more to the story about Bills requiring the YDPA’s approval to become law. Y’see, the logic of requiring the Agong’s signature to pass a Bill is because an Agong is kinda like the counter-balance to political parties. However, thanks to Mahathir’s little disagreement with the Royalty in 1983, the Federal Constitution was amended to only allow Agongs to delay the passing of a Bill – essentially, the Agong cannot reject a Bill. So now, the process kind looks like this:

We made the image above to hopefully make it easier to understand, but as a Bill makes its way through the Dewans (The BLACK line) and reaches the Agong, he can either sign it or not sign it. If he doesn’t sign it within 30 days, the Bill will be sent back to the Dewan Rakyat, where it’ll repeat the process again (the RED line). This time though, if the Agong STILL doesn’t sign it within 30 days, it automatically becomes Law.

But chup – has the Agong EVER rejected a bill?

GOT. We found 2 instances where a bill was rejected, and both happened when Dr Mahathir was the PM.

So it seems that the Conference of Rulers have attempted to reject bills before, but eventually they would give the Royal Assent. The Agong himself never had the power to veto a bill. According to Prof Dr Shad, to continue delaying it, the Agong might end up going against Article 40(1) of the Federal Constitution. So yeah, sorry ugaiz  #clickbait. 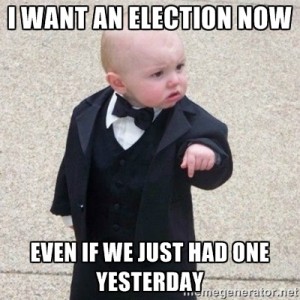 Well first of all, the correct term is actually “snap elections“. They are basically elections that are done when not required either by law or convention. OK, that seems understandable but did ugaiz know that in 2008, our then PM Abdullah Badawi called for a snap election? Yes, that is how The Economist, The Financial Times and Australian Broadcasting Corporation described the 2008 elections. Why? Well the 2008 elections were held a year earlier than scheduled.

The Agong has a discretion if the PM seeks to bubarkan the Parliament early under Article 40(2) of the Federal Constitution. His Majesty can put a stop to this if he feels justified to do so – like if it was something prejudicial to national interest. This is important because snap elections are usually used by the government to ambil peluang on what they deem to be an advantageous time with the aim of increasing their majority in parliament. However, while the Agong can stop a snap election, he cannot call for a snap election.

5. The YDPA can also put an Opposition member as PM!? 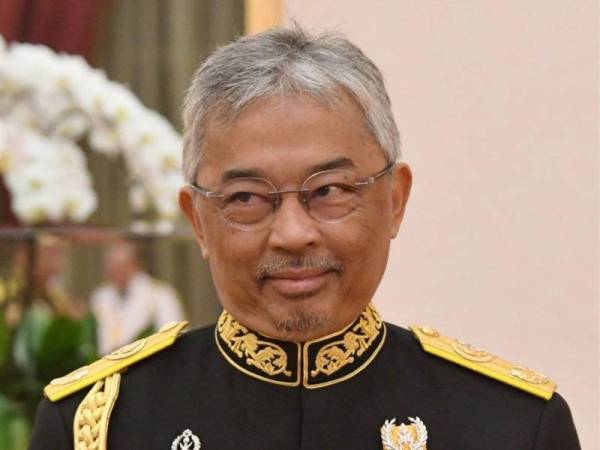 Image from Bernama via Sinar Harian

Yes, His Majesty definitely can. Other than having the opposition party winning in the General Election, there’s another way for an opposition member to be PM. Earlier, we mentioned the vote of no confidence, but…

What could happen if such a vote did occur in Parliament and was successful? 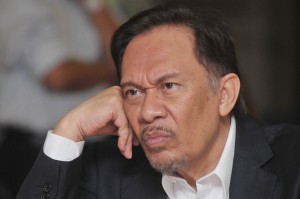 Would Anwar then be our PM? Picture credit to investigasibrief.com

Well, the current PM would then have 2 choices:

However, we found this article by Prof Dr Shad that says that although by convention, the Agong would follow the PM’s advice, HM DOESN’T HAVE to do so under Article 40(2)(b) of the Federal Constitution. So the HM can alternatively refuse the PM’s advice and is entitled to invite the opposition leader to be the new PM.

It hasn’t happened in Malaysia before but it did in Canada and in Australia. So ugaiz, if it does happen in Malaysia, don’t be so surprised ok! The original writer was so proud of this, we didn’t have the heart to change it in 2021

A hung parliament is when no single political party (whether allied or not) has an absolute majority in the parliament. If such a case occurs after a general election, the Agong has the last say. Prof Dr Shad says that the Agong can call on the prime ministers-in-waiting to submit their list of supporters to the Agong. His Majesty will then pick the person that can satisfy the claim of majority according to HM’s opinion. The Federal Constitution is silent as to how the Agong should proceed, so yes, here HM really is the boss! #Notclickbaitanymore

However, if the PM chooses to resign (i.e. Tun Mahathir) or dies while in office (i.e Tun Abdul Razak), His Majesty has no such discretion if the ruling party or coalition has an absolute majority and is united behind the predecessor. One important fact to remember is that waaaaay back like even before 1957, the Sultans were actually the Kings of their respective state. Remember all those history lessons about how they fought against foreign invaders to defend their states? As time goes, their powers were reduced overtime due to multiple reasons.

We always remember Tunku Abdul Rahman as the guy who went to London to fight for our independence, but along with him there were also FOUR wakil for the Malaysian Royalty as well. While the end-result was that Malaysia became a democracy, they also left our Agong with some pretty cool powers to continue if not ruling, then at least looking after his people.

With PM Mahiaddin’s announcement on August 4th 2021 pretty much confirming that he is still the Prime Minister after an audience with His Majesty, coupled with different sides claiming they had majority support/withdrawing support, on top of any sort of election being impossible due to the pandemic; it looks like YDPA Sultan Abdullah has his work cut out for him as the supreme ruler of the country.