Since the new football season is kicking off this Saturday, I think this is about the perfect time to talk about the one question that is on every guy’s mind: Do girls like football like guys do? Well, a short answer to that is YEEEESSSSS! Think about it: Have you ever seen a girl watching a football match at a mamak, looking awkwardly out of place in a sea of men in team jerseys? Chances are, you’d think she’s just there to accompany her boyfriend, which is pretty sweet but possibly insulting, especially if she isn’t there as a trophy of sorts. And if she’s in a jersey herself, chances are she’ll get some eyes rolling as though to say, “Hah! Does she even know anything about football other than Cristiano or Neymar? Mengada betul…”

I know this, because I am that girl.

It all started back when I was 10, with Michael Owen‘s baby face and his oh-my-god-are-you-freakin-kidding-me skills on the pitch. Yes, kids, before Messi, we had Owen, one of the deadliest goal-scoring machines alive. Along with his don’t-play-play midfield partner, Steven Gerrard, it was these two guys who roped me into the football world.

Most people would say: HOLD ON. How can 11 players chasing the ball around the field for 2 hours appeal to a girl? It must be the hot guys!

But sure, it’s not easy to like or enjoy football when you’re a girl, cos your passion is always downplayed and you’re immediately associated with the good-looking one in the team. Like, when I tell people I’m a Real Madrid fan, they immediately chuckle and say, “Of course, Cristiano Ronaldo is there!” And there’s nothing I could say to convince them otherwise… Yes he’s good looking but he’s not THE reason why people watch football -___- Image from nydailynews.com

“Shut up, Gowri. Who cares?” – Everyone in school, basically.

I enjoy watching Spanish football because not many people watch it– the time difference is insane I tell you! La Liga matches usually happen at 8.45 pm CEST. Since we are 6 hours ahead of Madrid, the match time here would be 2.45 am Malaysian time. Ain’t nobody got time for dat!

So that kinda gave me an edge, especially among my close friends who are die-hard English Premier League fans. I be like Hail me the GOD OF La Liga! Okay not really. Although, it felt good that I was the one they turned to when they wanted updates about the recent El Clasico. But outside that circle, it didn’t really matter, because I’m a girl and there’s no way I could know so much about football…

But you know what’s the most challenging part is watching football? Watching it at the mamak. On behalf of other true football fans who happen to be girls, here are 6 things we wish people would stop doing to us:

1. Stop asking us to switch tables for a better view.

Yes, this has happened. There were many times when I just dropped everything; work, assignment, laundry, feeding my cat, just so I can rush to the mamak early and book the best, front-seat, VIP table for the match. Once I’m all nicely settled in with my Maggi goreng and teh o ais limau, some guy would come up to me and say, “Excuse me, when you finish, can we have your table? There’s an important match tonight!” 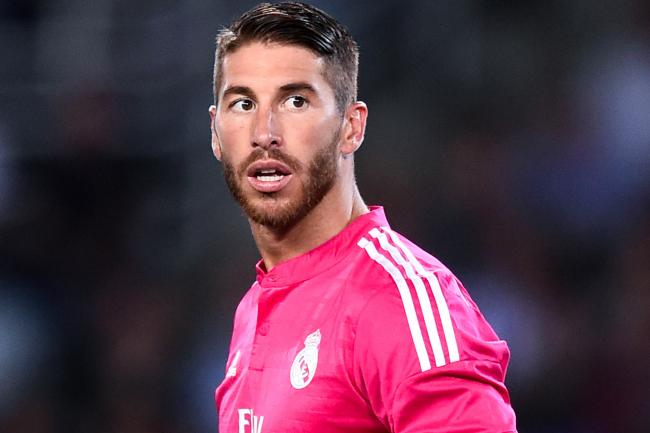 A girl wearing a pink jersey could mean any one of the following:

2) She’s wearing a jersey, and that is sorta boyish, so she’s trying to balance it out with some hot pink here

NAH, BACA:
This book tells us what Malaysians were like 50 years ago

Sometimes, juuust sometimes, I could be #3. All I ask is that you give us the benefit of doubt!

3. Stop thinking we’re only waiting for hot guys to show up

This is the most common misconception, and it’s not surprising. Based on a survey conducted by Daily Mail UK back in 2003, they attributed the rise in female fans, particularly Asian girls, to Beckham’s popularity,  particularly in the movie, Bend it Like Beckham. 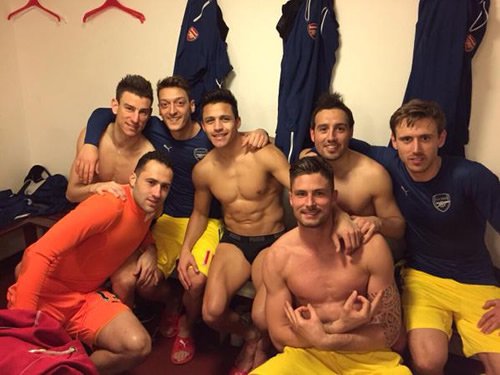 The yummy boys from Arsenal decided to give their female fans a treat! Photo Credit: The Sport Review

Okay, let’s get this straight: as a human being, be it a girl or a guy, it’s inevitable that we WILL notice the hot players in each team. And as for myself, well… You can blame my oestrogen for that.

Any girl who says she strictly watches the game and doesn’t notice who is hensem and who is not, is just talking cock ok; unless she memang not into guys lah. But, while we get distracted for a second or two by Aguero’s dimples or Giroud’s charming French eyes, we will still be critical of that open goal that they missed, and that silly tackle in the box that could have given the opposite team a penalty. If we wanted to look at hot bods, we would just stay home and make use of Mr.Google. Or have a girl’s night in with the latest Men’s Health magazines.

4. Stop asking us if we REALLY know what ‘offside’ means

Now, ‘offside’ is an offense that even regular football kakis have trouble calling it.

It’s so complicated that there are countless videos on YouTube created just to help people understand this rule. It’s also a very tricky rule in football where even the linesmen, who are supposed to be experts, have also caused outcries on Facebook and Twitter for misjudgments. For example, take a look at this photo when the whole world thought Juan Mata was offside except the linesmen! 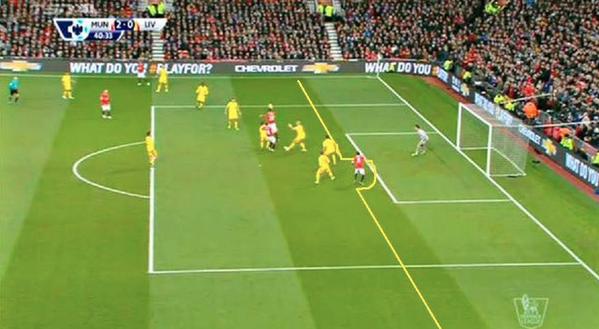 So yah, as difficult as it is, after 15 years of watching football, IT IS possible for a girl to understand the offside rule. A faker-girl will not even have heard of the word offside, let alone use it in public!

5. Stop thinking that we only watch the World Cup

This may come as a surprise to many of you, but yes, there are women out there who know and enjoy watching the league games.

We impatiently count down to the new season kick off in August, and can’t wait to watch the champions league play-offs! We hate international breaks because it only kacau the flow of the season. And yes, we know that Cristiano plays for Real Madrid and not Man United. Any other questions?

6. Stop pulling your chair to sit in front of us

Yes, again, this has happened one too many times. Not only is it rude, but in this case, it’s downright insulting.

You’re NOT transparent; we’re paying patrons here to enjoy the game. Move it la, brader, I’m also at the edge of my seat during the additional 3 minutes! You know the deal with last minute goals right?? Watching football at the mamak as it should be, muhibah and fun!! Photo Credit: The Hive Asia

Why is it so hard to believe that women are interested in men’s interests?

It’s oddly ironic – on one hand, men complain that their women don’t watch football. But on the other hand, girls feel ridiculed for trying to enjoy the game, as though being given a hard time to try to prove that she’s fake.

We’re progressing with time, being more liberal and bold in our passions and interests. The kitchen, which was once only meant for the womenfolk, has seen incredibly successful chefs who are men. Likewise in fashion and family. So why are we still having a gender divide in – and of all things – football?

In a recent survey by Bud Light in 2013, more than 45 % of women watched football every weekend that year. Bloomberg went on to note that the future of football lies on the female fans, who are the fastest growing fan demographic. Take that, suckers!

For those of you who think football is a man’s world, think again. There is a whole league for womens’ football, who have also had their fair share of success in their own right. Last year, Stephanie Roche from Peamount United football club, Ireland, was nominated for FIFA’s prestigious PUSKAS Award 2014 for Best Goal. Check out the insane footage:

Among other nominees were two strong contenders, James Rodriguez and Robin van Persie. She did not win, but it certainly proved that women can be just as good with football as men. Some people even argued that she should have been the winner that night!

So next time you’re at the mamak, whether you see a guy, or a girl, or a combination of both, just do everyone a favour and let them enjoy the game. 🙂