“So we want locals to be employed as cooks. There will be no compromise … we are giving you notice to do it by Dec 31. If you don’t do it we can’t help it.” – M. Kulasegaran, Human Resource Minister to Bernama.

The announcement has since been widely criticised. Indian Restaurant Operators Association (Prisma) added that it was difficult to employ locals as they did not want the job.]

Who knew you guys had such a colossal effect on Malaysians, that even when you are banned from working as hawker stall cooks in Penang, erbodeh loses their minds. Apparently some people from Penang say that your cooking skills ‘suck’, so now all foreign workers are banned from doing the cooking at hawker stalls.

There, there, don’t cry coz some people did stand up for you on Facebook and Twitter. They are hailing fire and brimstone on the ban – like using the racism card and human rights card:

On the other hand, some people are happy you won’t have anything to do with Penang food any more – like using the authenticity and hygiene cards:

What do you guys think about this new ruling? We don’t know your thoughts on this matter. In fact, what do we know about you at all? That you Indonesians are the muscle behind our labour force at 50.9% of all foreign workers in this country? That you Bangladeshis send home the most of your hard-earned money at RM3 billion? That you Nepalese’s suicide rates are so high because you are unhappy working here? That all of you workers had crossed land and sea to escape poverty, underemployment, and to provide for your families back home?

As foreigners, you’ve had to make do with the ways of life in an alien land. Or, make your way AROUND it! Just like our 8 sap sap ways to get past neighbourhood security, we’d like to give you a foreign worker special edition – 9 ways you can work your way around the Penang hawker ban!

Here’s where you can practise your tag-team cooking skills with your employer. You start off the day behind the stove doing the actual cooking – merrily, merrily, until you see Majlis Perbandaran Pulau Pinang (MPPP) officers strolling to your stall for a spot check. With lightning speed you and your boss must switch places. He’ll grab the spatula and kuali handle and furiously ‘char’ the kuey teow, like he’s been doing nothing else the whole morning, while you make haste to the sink and turn on your dish-washing mode.

That’s why we’re suggesting you have on a pair of good running shoes every day at work. Nike, Adidas, Puma, any one you like. In case you tak sempat reach the sink, you can always drop to one knee and pretend to be either ‘tying your shoelaces’ or ‘practising your marriage proposal speech to your beloved Indrawati’. We’re quite sure the officers won’t suspect there’s no Indrawati.

Give free meals to the council officers, just as villagers used to offer sacrifices of appeasement to an active volcano back in ancient days. The gesture might please the officers so much, they won’t even notice that you were the one who cooked the meal from scratch. And who knows, your culinary prowess might wow them so much they’ll think, “Mmmm, just like mama used to make”. It’s all about gastronomic persuasion, guys – and a free meal.

Good question. How do the authorities plan on enforcing this rule? Surely not check everyone’s IC…

Why don’t you pretend to be a local? Give yourself a local name, talk local talk, walk local walk, plastic surgery (?!), and generic local swag. Either way, this panjang nama document rants that all foreign workers must possess some knowledge of Malaysian culture and social practices and be able to communicate in BM or English, so we take it you should be already halfway there right? Here are our tips of how you can fake , bg, being an Ah Beng, Ali or Arvin.

#1 Who do your facial features most closely resemble? Malay? Chinese? Indian? Then pick a Malaysian name. If you don’t know where to start, just flip through a newspaper.

#2 Try to copy your boss’ Malaysian accent. After a while, it’ll roll off your tongue naturally. If you’re not sure, just add ‘lah’ at the end of every sentence.

#3 Answer to mak cik, pak cik, kak, anneh, bro, boss, lau pan or tauke. If your customers call you by these names, it means they probably think you are a local.

Don’t worry, all it takes is practice! However, in the event that the officers do check IC, go buy one like these 3 fellas did la. Ask these guys for the supplier’s number.

But we say, why fake it when you can have the real deal? So the other option is to… 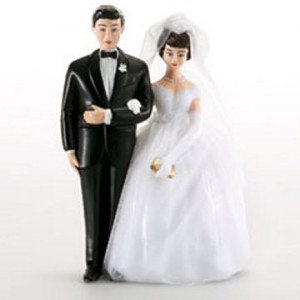 Marry a Malaysian and learn his or her local ways. Maybe your future mother-in-law will be more than happy to teach you the secrets of Penang cooking. CILISOS knows of two foreign workers (an Indonesian and a Burmese) who married their Malaysian employers and they’re both are pretty involved in cooking the food for customers.

NAH, BACA:
8 people who dared to sue the Malaysian Government

Or if you have massive relationship commitment phobia, why not apply for citizenship directly? Malaysian citizenship can be obtained through registration or naturalisation. Hey, you can try to apply right before the next GE. We hear GE season increases your chances of getting it! Before you apply though, you need to ask yourself, “Am I willing to let my other citizenship go?” Coz Malaysia does not allow dual citizenship you know!

After becoming a citizen, you have a solid argument that the ‘uniqueness’ and ‘authenticity’ of Wan Tan Mee is safeguarded by the ‘Malaysian’ blood that flows through your veins. Even if you were no chef extraordinaire, they can’t argue that it wasn’t prepared by a Malaysian. Hurhurhur!

Bonus point: As a citizen you can apply for your own hawker lesen rather than work under someone else!!! Hooray!

5. Cook the food at the boss’ house Cook the food at the boss’ house early in the morning, then bring it to the hawker stall to serve. Some dishes are prepared like that anyway, for instance, economy rice, roasted or steamed chicken (for chicken rice), nasi lemak dishes, etc. Clearly council officers are not going to knock on the doors of private residences, right? So you won’t be caught ‘in the act’!

In fact, Penang hawkers have been assured that the state is not going to turn police on them and inspect every single stall. Local government and traffic management committee Chairman Chow Kon Yeow clarified that they just require the cooperation of hawker operators to upkeep the reputation of the island’s famous food tourism.

“We are not turning into a police state so we won’t be going from one stall to another to check their kitchen to make sure they don’t have foreigners as cooks. It is really up to the hawkers to cooperate as our intention in this is to maintain the authenticity of local Penang hawker fare.” – Chow Kon Yeow, The Malay Mail

6. Make sure you have the customers’ support

As a foreign worker with your cooking reputation dragged through the mud, you need to work extra hard to be so kick-(taste)-butt in the art of preparing Penang fare, that customers will demand that YOUR cooking rather than your boss’. In other words, you need to outshine your sifu!

Not delicious enough? Never mind. Try mind-blowing them with epic cooking stunts like so.

It also distracts customers from complaining to others or worse, reporting you to MPPP. 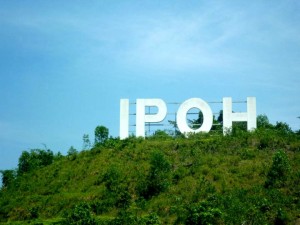 Oops, this point kenot be used in 2018. Better move to Singapore bro. Erm. See above note in blue.

9. Join some other industry

Have you ever thought of dumping your spatula and apron for a hammer and construction helmet? Coz there are other work industries you can join like manufacturing, construction, agriculture, plantation and non-F&B service lines.

We heard that the construction line pays better!

Go to these places and you will definitely find alot of kawan there. Why? Because it seems that’s all we want you for.

To be the ones that pick up after us and do the jobs that we don’t want to do ourselves. Why? Coz you’re a pendatang. Really, the irony here is like so not subtle.

In fairness, we have to tell you that Penang Chief Minister Lim Guan Eng did propose an increase of minimum wage from RM900 to RM1,100 to help you foreign workers cope with price hikes. Then you must be wondering why on earth they would ban you from hawker stall cooking? Well, even if you’re not allowed to cook any more, at least you still can clean. So this doesn’t mean that you’re gonna be terminated from your current employer’s service and left without a job or anything horrible like that. *Deep breaths*

If the excuse is no one wants to do it coz it’s not enough money, then just let econs sort it out la. But if we are arguing for equal rights for non-Bumis, maybe we can offer the same rights to the poor people who are washing our dishes, cleaning our toilets and building our houses? Besides, who cares if the a Burmese man makes our CKT, as long as it tastes frickin awesome? Or for that matter, if a Chinese couple makes the most famous Nasi Lemak in Damansara?

So, Mr. Dasadursarumagar… if you came to Malaysia, searching for a better life, and you don’t want to be a nobody washing dishes and cleaning floors forever, we got 12 other states where you can still make your dreams come true.