Is the expression most people would use if they saw one. And that was how Chiah Yoke Fong reacted on grocery shopping day when she found a rat huddled among broccoli at the AEON BiG supermarket, Mid Valley Megamall. She may not have used these exact words – but she did take pictures of the rodent and posted it on Facebook. The post went viral and as of 11.35am, 1st Oct, has 7,810 shares.

But Yoke Fong wasn’t out to just trash someone. She did the responsible thing and tried to inform the management. Too bad the staff didn’t know how to handle the situation. According to Yoke Fong, he called the woman at the weighing counter instead. Between them, neither were fazed nor apologetic over the furry sighting. Needless to say (actually she did say it), she will not be going back to the store again. Ever notice how broccoli looks like brains? Waaaait a minute. Brains? Pinky? Pinky and the Brain! Image from facebook.com

Incidentally, this isn’t Mid Valley’s first run in with a murine boo boo. Back in April, a GSC movie goer was bitten on the toe presumably by a rat and had to get an anti-tetanus jab.

OK back to topic.

So what’s the skinny on rats? How are they dangerous to humans? So many questions. CILISOS sniffs out the details.

Rats: The good, the bad, the ugly

Yeeaaahhh humans aren’t too fond of rats, huh? (Did you guys hear the man-sobs in the background?)

A bit of 101 on rats – in groups *shudder* they’re called a colony or horde. Females are called doe or cow and males are buck or bull. Not Mickey or Minnie? Oh wait, those are mice. Hmmm. Rats? Mice? What’s the diff?

The physical difference is of course size. Mice grow up to about 3-4 inches long while rats reach 9-11 inches. A rat’s tail is also thicker – like lou shu fan. Additionally, mice ears are much bigger in relation to head size. So they tend to look like Dumbo while a rat would look like say, a normal elephant. On a disturbing note, rats are mice murderers. Yes, even well-fed domesticated rats have a habit of EATING mice. They can’t help it because it’s an animal instinct all rats have called muricide. 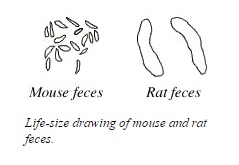 The difference in people’s perception of rats and mice might just overshadow their physical differences. Why? Because people always think of mice as friendly, white glove-wearing creatures with high-pitched voices. They rescue kidnapped children around the world and can sing, sew and do housework. On the other hand, the rats are villainised as gangsters and they attack human babies. The ultimate showdown of good/mouse vs evil/rat is depicted in The Great Mouse Detective. Disney, all your fault la!

As for wombats – there are no wombats in the story, sorry. Now back to rats.

According to PETA, rats are complex, unique creatures who can recognise their own names. They have a wide range of emotions. Sad rat, happy rat, angry rat, friendzoned rat. They’re very sociable creatures that love to be tickled and make chirping noises that sound like laughter! Ermagerd we’re not even making this up. Domestic rats are very different from wild ones. They are calmer and less likely to bite. For Halloween this year, I’ve decided to go as Miss Havisham. Image from peoplepets.com

Historically, the answer would have been fur – or rather what’s under it. Fleas. Do you remember the thing that happened in the Middle Ages where people were dying all over the place? The Black Death was caused by the bubonic plague. This disease is caused by bacteria found on the fleas found on rats.

All 3 images from wikimedia.org. Chart is our own.

But in the 21st century, narrowed down to Malaysia, the answer would be pee. Out of the various rat-borne diseases, the most common one in our country is leptospirosis (lep-toe-spy-row-sis) a.k.a. rat urine disease. Like the bubonic plague, leptospirosis is transmittable and can be fatal. Yup that’s about it.

OK we’ve established that people are grossed out by rats. But how dangerous are they to humans?

Rats could kill you – but so could cows

Rat urine disease can spread to humans through rat urine (get out! really?). Ingest it, expose your wound to it, swim in it – take your pick. In 2013 there were nearly 3,000 cases of rat urine disease in Malaysia and 28 resulted in death. This year, 6 people have died from the disease so far.

Other than pee, the rodent’s bite is dangerous to humans. It could give you unfathomable powers and then you turn into Rat-Man. Rat saliva might be contaminated with leptospirosis and Hantavirus. In some cases, it could lead to rat-bite fever. Imagine if you were rummaging through the broccoli, then suddenly NOM!!! Straight to the doctor with you.

…. KILL THEM!!! *wielding pitchforks and torches*

Wait a minute there. Granted, rats pee A LOT! Both males and females pee to mark their territory, food, to exert dominance over others and attract mates. 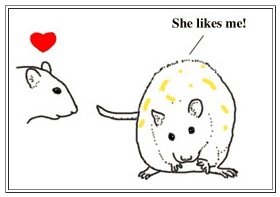 I piss on you because I like you. Image from ratbehavior.org

But did you know leptospira bacteria can infect humans via other animals? Dogs, rabbits, hedgehogs, pigs, sheep and cows! Although what are the odds of a cow scurrying into your kitchen and peeing on your food right? What are the odds that a cow can scurry at all??? It’s just that when humans contract leptospirosis from food, it’s very likely highly possibly most definitely a rat whodiddid. Why? This brings us to the next part —

There are so many rats in Malaysia!!

There’s a growing rat population in Malaysia as The Star reported. Their numbers are estimated to be 6.8 million in KL alone. That’s 4 times more than the city’s human population itself, so each KL-ite gets 4 pet rats! Why are there so many rats around? We can blame poor sanitation and waste management and damaged drains. For this scavenger it’s an all-you-can-eat buffet. 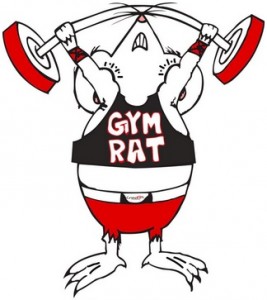 So, their growing numbers mean more rats can more frequently invade our homes. And to add to that, we should remember their strength and determination too! Rats are like super tankers because:

No. 1 They can lift barriers over 0.4kg and squeeze through holes no bigger than a US quarter (2.4cm).

No. 2 They are champion swimmers so they can enter a building through a toilet bowl – butterfly style. Heck they can tread water for 3 days straight! And just when you think, OK if we tutup all the lubangs, maybe they cannot masuk? Unfortunately…

No. 3 They can chew through brick, cement or lead. Jeng, jeng, jeng!

One monster rat in Sweden managed to chew through the concrete wall of a home, then terrorised the family AND their cat. He’s a Viking, that one.

Rats! What do we do now?

The increasing vermin population has prompted DBKL’s Pest Control Unit to wage war against them. Every year they organise a campaign to reward people with RM1 for every rat caught. The unit actually has a RM50,000 annual budget for this and they provide rat traps to people for free. But, but, BUT guys, before you show up at DBKL’s doorstep with setandan rats, demanding prize money, please check the instructions first. DBKL only organises the campaign at specific areas where they distribute the traps to people. The new trap they designed, named ‘ez-catch’, allows more than one rodent to be trapped. Patent pending. Let’s not discuss what fate awaits the furry critters after that. The ez-trap is the hip new gadget in the market. Image from thestar.com.my

Massive hunting and gassing by local authorities is not enough however. Like we explained earlier, our lack of hygiene ensures the survival of rats. We can control the situation if we keep our premises clean and rubbish-free, especially at restaurants. Pest control can help us remove their nests. In fact, one good biological solution would be to keep cats. In order to protect ourselves, we must wash food before preparation and cans before opening.

If all else fails call the Pied Piper. Just don’t forget to pay the man! 😀 Hamelin refused to pay the Pied Piper and he took terrible revenge on the townsfolk. Image from wikipedia.org