[Click here to read the original article in BM.]

The closer we get to the coming general elections, the more issues seem to come to light. Lately, a scandal from 20-something years ago has resurfaced like zombies from the Thriller music video. The gomen has decided to form a Royal Commission of Inquiry to finally investigate a Bank Negara scandal known as the Forex/ Bank Negara scandal. We say “finally” because the case was first brought up by Lim Kit Siang in 1993, which was 24 years ago (where did our youth go), and he even wrote a whole book about it. Early in 2017, former Assistant Governor, Datuk Murad Khalid alleged that Bank Negara Malaysia (BNM) lost up to USD10 billion (about RM44 billion in current value) dabbling in foreign currency exchange (Forex) between 1991 and 1993, and not RM9 million that was publicly disclosed by BNM.

So what happened back then? And since when did BNM started trading in Forex?

Forex trade is the buying and selling of currencies, for the purpose of earning a profit. Let’s say the current exchange for Ringgit and USD is RM4.40 for USD1, so you go to the money changer and spend RM440 to buy USD100. Next month, you find that the exchange is RM4.60 for USD1! So you take your USD100 to the money changer and sell it for RM460. In the end, what you’ll get is a RM20 profit. 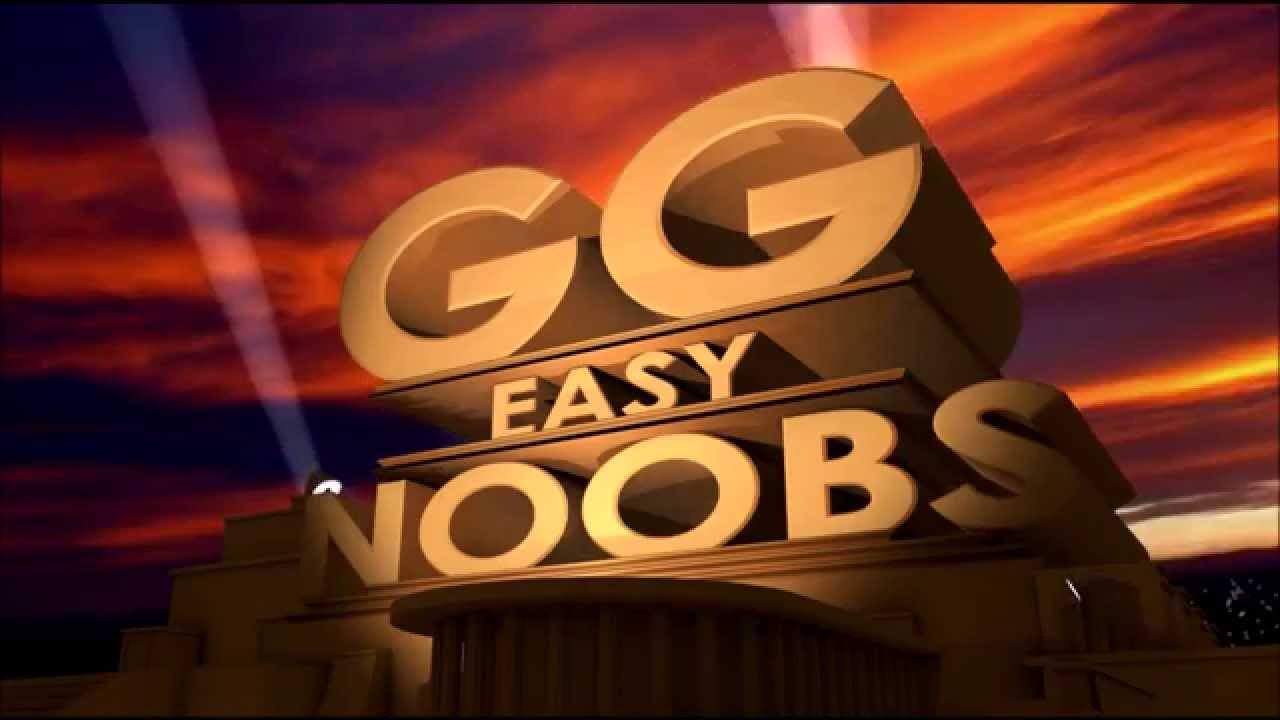 Who say making money was difficult!?

But of course, BNM was not trading peanuts. According to Dr Rosli Yaakop, a retired deputy manager in Bank Negara, they even started Forex trading since 1985. The BNM Governor at the time was Tan Sri Jaffar Hussein, during a speech in Delhi in 1989, the governor already hinted that BNM was speculating in Forex.

“It was after that when BNM started speculating in the foreign currency market on a large scale. For the purpose of maximising profits, they even ignored the main principles as the reserve bank.” – Dr Rosli Yaakop, former Deputy Manager in Bank Negara wrote in Harakah Daily

BNM is what the finance world calls a “Central Bank“, or “Reserve Bank“.

“In modern economies, the central bank is responsible for the formulation of monetary policy and the regulation of member banks.” – Investopedia

Basically, it’s like a giant momma bank that watches over all other banks, and can suggest policies related to the economy and it can even print money! Another thing the central bank does for the country is to stabilise its currency, and they do this by manipulating their money supply, either by buying or selling huge sums of money, depending on their goal.

“The majority of major world currencies are managed at least to some degree. This is due to the purchase and sale of these currencies by the central banks of different countries.They do this in order to stabilize the markets and affect their own monetary policies.” – Investopedia

So central banks usually don’t partake in Forex trading, because they ARE one of the major influences that cause the price of currencies to change in the first place. According to Dr Rosli, the Governer’s response was always “to guard the value of the Ringgit and control inflation” when asked why BNM was the only central bank engaged in foreign currency speculation.

The United States told BNM to stop, but they didn’t listen 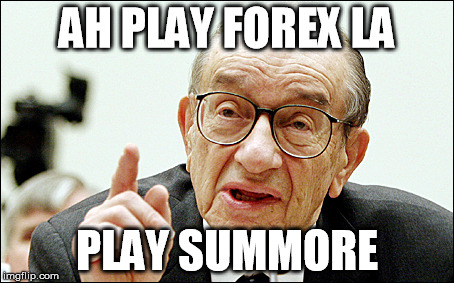 No one really knows the exact amount of money BNM spent on forex, because no official investigation has been carried out yet. Allegedly, BNM was spending USD50 million (RM214.8 million) to USD1 billion (RM4.3 billion) a day! According to Dr Rosli, BNM was literally gambling, and this was how they would do it:

Of course, BNM wasn’t the only one playing the high stakes game. Their main competitor at the time was world currency speculator, George Soros, and both once went head to head over a gamble. In 1992, BNM bought some amount of British Pounds with the expectation that its price will go up. George Soros on the other hand, expected the complete opposite, and so he sold British Pounds and hoped to buy it later (at a lower price). 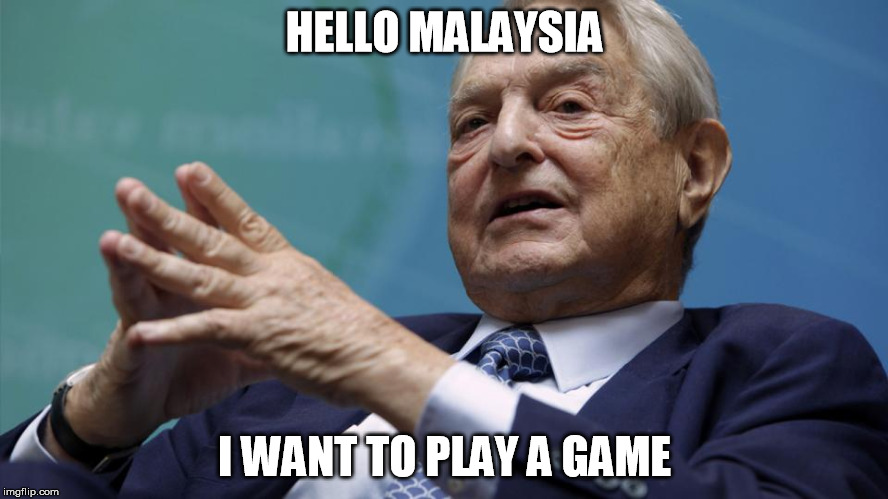 In the end, George Soros’ prediction came true, and BNM lost USD5.5 billion (RM23.63 billion) while Soros made USD1.7 billion (RM7.3 billion). Tan Sri Jaffar Hussein announced that the loss was only RM9.3 billion, but later admitted it to be RM10.1 billion.

“Experts estimate that a loss of that amount might only be possible if BNM spent USD27-33 billion (RM116 billion – RM141.8 billion). That’s 5 times more than BNM’s reserves at the time, and worth more than BNM’s assets, which was USD20.7 billion (RM88.9 billion). Technically, BNM was bankrupted.” – Dr Rosli Yaakop, former Deputy Manager in Bank Negara wrote in Harakah Daily

The Federal Reserve, which is United State’s federal bank was aware of BNM’s activities, and the Chairman at the time asked BNM to cut it out. By 1994, BNM lost so much money that the Finance Ministry had to step in.

“The next year (1993), (Bank) Negara lost an additional $2.2 billion. By 1994, Bank Negara was technically insolvent and had to be bailed out by an infusion of fresh money from Malaysia’s finance ministry.” – quote from The Vandal’s Crown by Gregory J. Millman 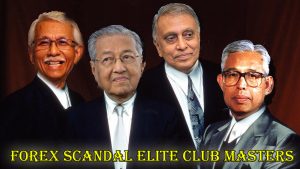 So who should be held accountable for this gigantic lost? Dr Mahathir (PM), Tun Daim Zainuddin (Finance Minister), Tan Sri Jaffar Hussein (BNM Governor), and Nor Mohamed Yakcop (Minister in Prime Minister’s department) are four names constantly being mentioned, and together known as the “forex scandal elite club members“. But out of the 4 names, the Governor and Nor Muhammad Yakcop are said to be the biggest masterminds.

As Finance Minister, Anwar Ibrahim later discontinued Jaffar Hussein and Nor Mohammad Yakcop’s service from BNM in 1994. Since then, BNM was also prohibited from being involved in speculating in the foreign exchange market.

“After I was imprisoned in September 1998, Tan Sri Nor Mohamed Yakcop was elected as economic adviser to Dr Mahathir. More serious than that, he was picked as second Finance Minister in 2008; When he was discontinued, the Finance Ministry actually instructed that he can no longer be involved in any national finance institution.” – Datuk Seri Anwar Ibrahim, former Finance Minister from Berita Harian Online

BNM hid the losses with some “creative accounting”

Like we said before, no one can confirm the exact losses that BNM incurred. Anwar Ibrahim once placed the figure at around RM15 billion to RM30 billion, while Lim Kit Siang placed the figure at RM30 billion. But BNM itself admitted a total of RM15.8 billion lost, RM10.1 billion in 1992, and RM5.7 billion in 1993. But former Assistant Governor, Datuk Murad Khalid said that the Bank Negara Malaysia (BNM) should be in USD not RM. 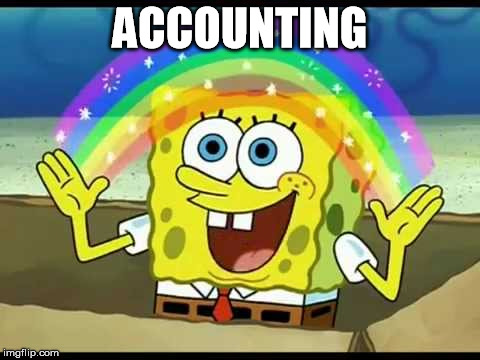 According to Dr. Rosli, BNM covered the losses by re-evaluating their assets to current prices so that they appear to have more money. They do it with gold reserves, shares, and several other assets.

“The losses are converted to “assets” by coining the new term “deferred expenditure”, which are accounted for as expenditures that would be gradually repaid later. This is a scam.” – Dr Rosli Yaakop, quoted from Harakah Daily

But there are some that doubt the credibility of Datuk Abdul Murad. He has brought up many things, like the Bumiputra Malaysia Finance (BMF) scandal and claiming that Anwar has RM3 billion spread across 20 bank accounts. In fact, he himself has been fined for failing to declare almost RM24 million worth of assets.

Datuk Murad Khalid back in 1999. Image from utusan.com.my

Why start inquiry for the forex scandal, but not for others like 1MDB? 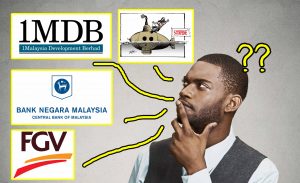 Some of us might have wondered about this, it almost seems like the gomen’s is getting back at Dr Mahathir for his recent criticism against the them. So why isnt a RCI launched for 1MDB? Datuk Dr Mohd Fuad Zarkashi has the answer for us.

“The allegations by a foreign authority are not true until a court proves that it is. What’s more, it is only in the filing stage, and has not even gone to the court yet.” – Datuk Dr Mohd Fuad Zarkashi, member of Majlis Tertinggi UMNO, quoted from Malaysiakini.

However, Datuk Kadir Jasin, former editor of News Strait Times group points out that during PM Najib Razak’s administration, Bank Negara’s reserve fell much more than what was allegedly lost in the scandal. BNM’s international reserve fell from USD115.9 billion (RM509.96 bilion) on 31st December 2014, to USD94.6 billion (RM424.2 billion) on 31st December 2016, which equals to a RM93.72 billion lost.

If not 1MDB, maybe an investigation could be carried out on what caused that reserve shrinkage instead. With that, perhaps it would be seem balanced and maybe restore confidence among the rakyat.

Share this article:
NAH, BACA:
Bloomberg said Malaysia's economy recovering? Sure or not?