The Chief Minister of Sarawak, Tan Sri Adenan Satem, passed away last Wednesday of a heart attack at the age of 72.

With the news of his passing, tributes flowed from many different Malaysians. It was reported that thousands of people from all walks of life attended his funeral at Masjid Jamek, and a number of Sarawakians even changed their Facebook profile pictures to a grey Sarawakian flag to commemorate him. Tributes even came from both the ruling and opposition parties. 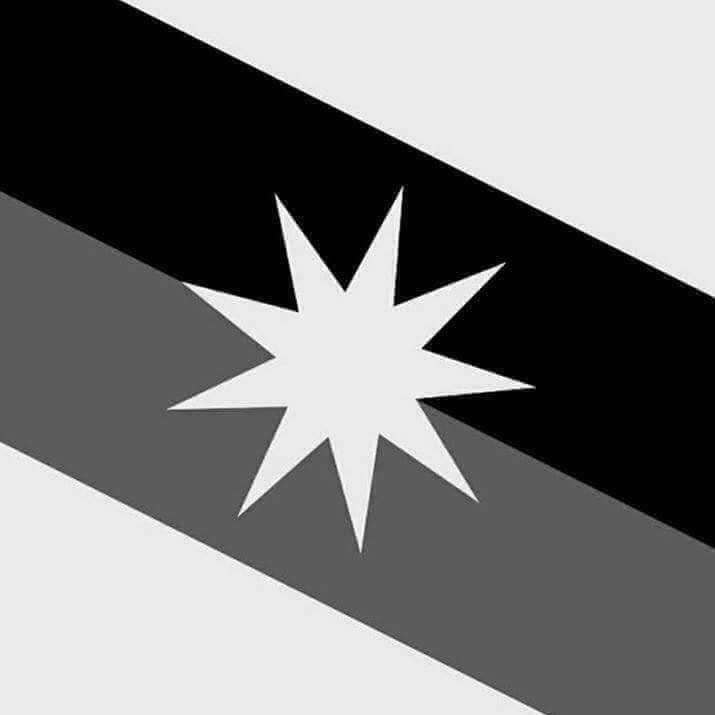 Taken from the Facebook profile of one of the writer’s Sarawak friends.

So we got in touch with a man who didn’t always see eye to eye with him. Baru Bian is the ADUN of Ba’kelalan, the head of PKR Sarawak, and one of the strongest voices when it comes to fighting for the rights of the natives, especially in terms of land, and thus, a man who has had multiple run-ins with the gomen of Sarawak, including CM Adenan Satem.

You could actually consider the two men rivals, but in our conversation with Baru Bian, we find that they had quite an interesting relationship with one another. And here are some of the most memorable moments the two had with each other.

1. When Adenan Satem watched Baru Bian perform in a band

Baru Bian tells us that they first met in the early 90’s. By then, both of them were already in politics (Baru Bian joined politics in 1987, while Adenan Satem’s political career began in the 70’s.)

So the first time they met, YB Bian wasn’t anywhere near a YB yet.

“When I met him in the 90’s, he was already a Minister in Sarawak. I was the conductor for a Lun Bawang bamboo band. ” – Baru Bian, in an interview with CILISOS

Back then as an up and coming politician embarking on a promising career, Baru Bian was already impressed by the statemen-like Satem.

“His training and background was as a lawyer, and even a magistrate. I think that made him quite articulate, focused, and precise in what he said.” – Baru Bian

2. When Adenan Satem started to sound a lot like PKR

Adenan Satem took over as Chief Minister of Sarawak from Tan Sri Abdul Taib Mahmud in February 2014. And Baru Bian said that he really didn’t expect him to stay very long, but then…

“We (PKR) were taken aback. He was talking about all the things we had been talking about. It surprised us a lot that he dared to publicly use our slogan and phrases.” – Baru Bian Adenan Satem taking his oath when he was sworn in as Chief Minister. Image from The Star.

In other words, Adenan Satem was bringing up issues that the opposition had been talking about for a while. Baru Bian says issues like emphasizing the English language and standing up for Sarawak’s rights in the constitution had already been brought up by the opposition.

It may actually have been a surprise to not just Baru Bian and his party, but the whole of Malaysia, because Adenan’s predecessor was infamous for allegedly being a very corrupt man who amassed a huge fortune at the expense of Sarawak. And Baru Bian was impressed at the noticeably different message Adenan was sending.

“We can never wipe out corruption altogether. Humans being what they are, you can never wipe it out altogether. But you ought to try the best way you can and create a system where it is really difficult to be dishonest.” – Adenan Satem, in an interview with Astro Awani

“When he did that, I thought he was politically savvy, smart, and brave because that was what the people wanted. It was very brave, and the right thing to do.” – Baru Bian

Of course that’s not all Adenan Satem did. He addressed plenty of issues during his time as Chief Minister, among them issues like:

And all these contributed to the massive support he received during the last Sarawak state elections, which BN won by a landslide. Image from Wilson via Facebook. Adenan Satem meeting PKR members. Baru Bian is standing next to him. Image from bintulu.org

At a time when Baru Bian was campaigning hard for the opposition, it would’ve been understandable if there was some tension between him and the newly anointed Chief Minister. But despite some very vocal quotes against the opposition, Adenan Satem seemed just a bit more friendly with Baru Bian…

As the story goes, the two of them were attending a Pesta Lun Bawang in Lawas in 2015. Naturally as CM, Adenan would have been expected to give a speech. But then halfway through the speech…

“Please feel that you are among friends. I will try to get the prodigal son to come back.” – Tan Sri Adenan Satem to Baru Bian, as quoted by Borneo Post

Attendants knew that the prodigal son referred to Baru Bian, and that what Adenan was doing was inviting him (very publicly) to join BN. That shocked Baru Bian because Adenan had never indicated anything of the sort to him before. In fact, another minister later approached Baru Bian and asked if Adenan approached Baru Bian with the request before making it public.

In any case, Baru Bian politely declined the invitation through the media not long after.

4. When Adenan Satem was willing to work with Baru Bian to tackle a serious issue

As we mentioned earlier, Adenan Satem wasn’t exactly friendly with the opposition. In fact, during the Sarawak state elections, he famously banned quite a number of Semenanjung opposition politicians from coming into the State to “disturb the harmony”.. Some of the politicians banned from entering Sarawak, from L-R: Rafizi Ramli, Nurul Izzah Anwar, and Tian Chua. Image from says.com

But Baru Bian tells us of one particular incident where they actually met in person to discuss a very serious issue.

Back in July 2015, the Lun Bawang people of Ba’kelalan were shocked to find out that the state gomen had planned to declare about a 120 thousand hectares of land as “protected forest”. In other words, this would have disrupted the lives of many Lun Bawang people who depended on the forest for their livelihood.

So what happened was Baru Bian and his people collected 3,000 signatures and he personally went to Adenan Satem’s office to talk to him, and Adenan Satem actually met with him.

“I told him honestly that this was very important to the people. I believe he didn’t know. 2 weeks after that, he declared that the gazette would be withdrawn.” – Baru Bian

In other words, Adenan Satem said that the plans to declare the land as protected would be withdrawn, and the Lun Bawang people would no longer be affected.

Regardless of how people saw him, he was a breath of fresh air for Sarawak

Adenan Satem surely had his detractors (he did raise a lot of eyebrows when he banned a lot more opposition politicians than gomen ones), but he really did bring something new in a time when Taib Mahmud stepped down due to alleged corruption.

Perhaps the circumstances were right for Adenan Satem at the time as well. In an interview in 2016, he mentioned that he actually had a close shave with death in 2013 when he was in the Institut Jantung Negara with a heart ailment. And he felt that God had given him a new lease of life as a hint of what he needed to do, something he echoed to Baru Bian before last year’s state elections.

“He told me he wanted just one more term to do what he wanted to do for Sarawak.” – Baru Bian With all that Adenan’s done in his short 3 years as CM, few would doubt that he was endeared by the people of Sarawak. In fact, for a one-time rival like Baru Bian to speak of his respect for Adenan, it would have been nice to see if the two could actually work together more.

Cos y’know… that’s kinda how democracy is supposed to work :*)