Wow, Barisan National really did a number on the opposition in the Sarawak Elections. Not only did they win a landslide 72 out of 82 seats in the recent Sarawak State Elections, they won 17 new seats while their closest rivals, DAP actually lost 5 seats as compared to the state elections in 2011. Just check out that blue sea. Screencap from MalaysiaKini.com

(For those of you who didn’t even know that there was a Sarawak Election, or even wondering why Sarawak’s Elections are different from the rest of Malaysia, how’s about reading our previous articles about Sarawak?  😉 )

But while it may seem a little shocking to many of us as to how big BN’s win was, what if we told you it was actually expected by many people.

“All in all, Barisan will win 73 seats.” – Prediction by former journalist to columnist Philip Golingai, in an article on The Star

That’s one more seat than what BN actually won. And that guy wasn’t the only one, many others also predicted big wins for BN. One analyst even said the opposition would be lucky to retain their seats!

But after the political tsunamis of 2008 and 2013, coupled with all the scandals surrounding Najib, one would still wonder how did BN destroy the opposition so badly in Sarawak? Here are 5 possible reasons why this happened.

1. The opposition parties were busy fighting each other There was a total of 6 opposition parties (plus various independent candidates) competing against BN in various seats at the recent Sarawak Elections.

But biggest contenders among these were PKR and DAP who ran in 40 and 31 seats respectively. Infographic from The Malay Mail Online.

DAP ended up winning 7 of their seats. And as for PKR, the elections was so savage on them that they only won a total of 3 of the 40 seats they contested in. But one thing that has been said to be a contributing factor to their abysmal defeat is the fact that they were contesting against each other for some of these seats.

“It is is very unfortunate. Until yesterday night (the night before seat nominations), we were all in discussion (with DAP leaders) and expressed our concern that some seat disputes were not resolved at the 11th hour.” – PKR deputy president Datuk Seri Azmin Ali, as quoted by The Malay Mail Online

You’d expect that they were going up against each other in many different seats but surprisingly, they only competed in 6 seats against each other. And in all these 6 seats, the number of votes that both PKR and DAP won still wasn’t enough to beat BN! Sebagai contoh, an independent would have beat both DAP and PKR in this seat. Image from Bernama Radio’s Facebook page.

But of course, this doesn’t take into consideration that their squabble itself may have greatly influenced how Sarawak voters viewed them.

“Jason Liu, 38, from the town of Arang said the infighting between the two Pakatan Harapan allies has diminished his faith in the pact, adding that he was undecided on which of the two he would ultimately support in the May 7 Sarawak state election.” – The Malay Mail Online

Which just makes it look that throughout this election, their pakatan didn’t really have a lot of harapan. 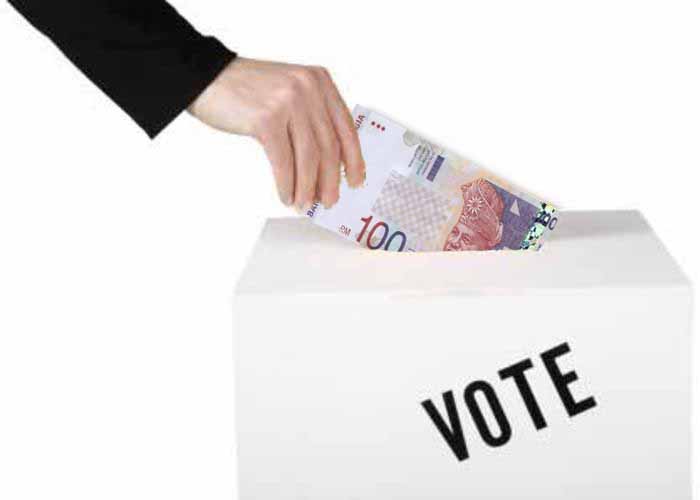 “I saw fear in them when they are not allowed to hang on my posters and flags. Even I saw uneasiness impression on my cousin’s face when I visited him to ask for help to hang my posters. They are (in) fear of being sideline(d) from all the goodies and assistance given by the Barisan National.” – Musa ak Ngog, PKR’s candidate for the Tarat seat, on his Facebook page

This is only part of a longer post where Musa ak Ngog details how he was expected to provide cash handouts and gifts just like Barisan Nasional did. He wasn’t the only person to claim that money was used in the elections. Members of DAP, PAS, and even electoral watchdog, Pemantau Sarawak (BERSIH 2.0 + other NGOs) all some way or another claimed that money had an effect on the results of the election. “There were multiple reports by local residents of being given RM20 to RM50 for attending political events and told to vote for a certain candidate.” – Lena Hendry, team member of Pemantau Sarawak, as quoted by The Malay Mail Online

But aside from these little things, political analyst Bridget Welsh also said that BN also promised a heck of a lot of money for projects to Sarawakians during this election. So much that if you average out the amount of money promised for various projects among the voters of Sarawak, it comes down to RM5000 per voter!

So money may have played a role in BN winning as well, money that the opposition simply did not have.

3. Opposition leaders not allowed in Sarawak

Landed at Sibu airport. Banned from entering Sarawak. I’m here for an event hosted by the church. pic.twitter.com/u3dNFomqq7

In a previous article, we discussed how the Sarawak gomen had been banning prominent opposition leaders from entering Sarawak. Aside from Hannah Yeoh (one of the more recent ones) other prominent names include:

And dozens of other people.

And the only person not banned in these pictures is actually Lim Guan Eng.

Whether Sarawak actually has the power to do that was a topic of discussion for a while, but it did receive a lot of backlash from the opposition (naturally). And before the elections, IDEAS (a think tank) Chief Executive Wan Saiful Wan Jan, actually said that this would affect the election results.

“This will have a negative impact on Pakatan Harapan. The state government that is supposed to be a caretaker government is denying them the right to campaign.

This is an unfair contest right from the beginning that to the authoritarian behaviour of Adenan (Satem).” – IDEAS Chief Executive, Wan Saiful Wan Jan, as quoted by The Malay Mail Online

In the same article, another analyst, Dr Faisal Hazis, said that Sarawak would have won without the banning. He said that the state gomen was taking a risk by banning opposition politicians because it went against Chief Minister Tan Sri Adenan Satem’s image as liberal. But the thing is, a poll by Merdeka Center (an independent pollster), found that about 1/3 of Sarawakians actually agreed with the Chief Minister for banning them! So the risk actually paid off? But why?

Well, it may have something to do with Tan Sri Adenan Satem himself.

4. The massive popularity of their Chief Minister In a previous article, we actually did mention that the popularity of Chief Minister, Adenam Satem would give BN the advantage in the elections. And he really was very popular.

“The implementation of new policies like empowerment for Sarawak in a number of sectors, development programs and the ending of toll collection on three bridges were among key reasons for the swing in his popularity.” – Universiti Sarawak Assoc Prof Dr Jeniri Amir, as quoted by The Sun

And his popularity was evident during campaigning as tons and tons of banners bore his name together with a ton of catchy taglines.

DAP’s Lim Guan Eng himself also said that DAP losing 5 seats was down to Adenan Satem’s popularity, while also adding that his popularity helped people overlook how he banned opposition leaders from coming into Sarawak AND all the scandals surrounding Najib.

And to be fair, Adenan Satem really seems to have done a lot for Sarawak. At the end of last year, it was reported that he completed 1,818 rural transformation projects across Sarawak that came about from a RM500 million allocation from the state budget. That is aside from abolishing tolls, and being very vocal on many issues from Bibles to development, to racism.

He is someone that the Straits Times called a “popular leader who makes the right moves”. And that seems to be the main thing that led BN to victory in this election.

5. The “ignorant” tribes people who voted for BN

After the news of that BN had won the Sarawak Elections by a landslide broke out, many people (presumably West Malaysians) poured out their anger on social media. While we cannot agree with the way these people have commented, BN did win the Sarawak Elections because people voted for them. And looking back at the other points, there were those who voted simply because they were used to a certain way of doing things.

Few days back, I was asked if I could give some money to them as they expected form Barisan Nasional. RM 30 or more per vote and that will be a confirm vote for me.

A man with red eyes and stink breath came by and told me that I will never have his vote since I refuse to give a few shot of tequila sunrise. – Musa ak Ngog, PKR’s candidate for the Tarat seat, on his Facebook page Here’s something from another article we wrote about Sarawak recently.

“None of these Lun Bawang villagers have ever been to KL, much less have much concept of a democracy, or a country with a population of 30 million Malaysians. They don’t pay taxes, and have a much looser understanding of land ownership. To them, their lives are about the livelihood of their village. So whoever ‘gives’ to the village, wins its vote. Signing a bunch of papers means little to them.” – CILISOS Editor-In-Chief, Chak, on his visit to a Lun Bawang village in Ba’kelalan, Sarawak last December

In other words, they don’t see things the way an urbanite would. It may not be what West Malaysia hoped to happen, but it happened.

But while the results cannot be changed, maybe something else can. 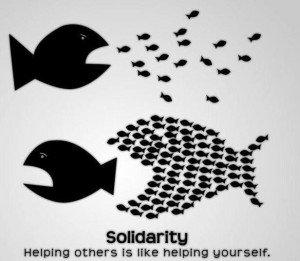 “NEVER go into others’ house, telling them their house is under-developed, lesser democratic, less rich, no highway, no water, no electricity. Sarawakians are humans, and humans have dignity. The first sense is “why you West Malaysians so arrogant?” – Activist Adrian Lim, in a Facebook post

It’s a long post but he basically concludes that politicians (or maybe just Malaysians in general) should not assume that the people of East Malaysia and West Malaysia, and their burdens are the same.

And while many West Malaysians may still feel hurt by what happened in this Sarawak Election, perhaps what we need is to better understand East Malaysians, rather than condemn what they did.

“Have we asked them what is important to them and their communities? Have we shared their worries and needs? Have we treated them with the respect we expect to be given? Have we loved and cared for them as fellow and equal Malaysians?

Share this article:
NAH, BACA:
Do we really want Najib to declare a state of Emergency?