Yeah, the graph looks confusing. Just look at each qualification to be clear. From BNM’s report.

And they go up and up and up. Image from MEF.

Eh, BNM said went down but MEF said went up. Wow… guys, this is Bank NEGARA you’re talking about? SURE ONOT?!!?

OKOK wait… it’s one of those financial definition thingy wingies. We were surprised to learn that the term “REAL INCOME” that BNM has been referring to in its report is the salary after considering the effects of inflation on a person’s ability to buy a certain amount of items at a particular time.

As real income reflects what one’s income is able to afford, most central banks calculate the real income using the Consumer Price Index (CPI), which measures the average cost of a basket of items consisting mostly of necessities (To find out how to calculate the CPI, click here). This general use of CPI in calculating real income is why BNM used the CPI in adjusting the salary figures.

The MEF on the other hand is referring to the actual wages – what’s called “NOMINAL INCOME“, which is the ACTUAL figure that employers are allocating to each employee.

Yes yes, this is an oversimplification. As you know, not all chicken rice is made equal. 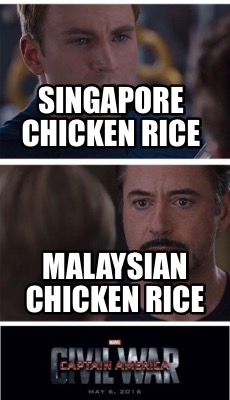 Living expenses which are taken into account in REAL INCOME actually do this by taking into account changes in CPI, which is then used to get the inflation rate, as according to BNM’s section on Inflation, The Cost of Living and The Living Wage, the inflation rate measures the change in the CPI. It’s what your salaries can REALLY buy. The nominal amount stays the same but the stuff you can buy reduces over time. Image from Econowaugh AP.

While the CPI might be a useful indicator for overall economic consumption, BNM has itself said that the CPI can be used to just agak-agak the change in the living cost if the differences in household costs and price changes are small. But if they’re large, which seems to be often the case, then it’s not the best way.

NAH, BACA:
6 Things to Ask Before Sharing #CDM25 (or any other voyeuristic internet video)

BNM also pointed out another fallacy in using CPI. Households view living costs differently when calculating CPI inflation mainly because they’re exposed to different experiences and hence, have different perspectives. This can happen in 2 ways.

1) Frequency bias, where the consumer heavily considers price changes on frequently purchased items like food and transport, which usually have higher inflation rates.

Example: You buy kopi ais at RM1.50 at your fave mamak. And then, a month later, the mamak raises the price of kopi ais to RM2.00, with everything else the same price. So just because of the kopi ais, you say to yourself (cos you enjoy monologues), “The economy is so bad. Inflation is happening now. We’re doomed!!”.

2) Memory bias, where consumers tend to only recall price increases and NOT price decreases.

Example: You may have noticed the price rise of the kopi ais (and made a big deal out of it). But when the chapfan aunty lowered the prices of the dishes, you didn’t make noise or shout hooray. You were still focused on the kopi ais inflation.

It’s like you only wanna focus on the negative.

Therefore, modified versions of the CPI have been created to take these biases into account. One of them is the Everyday Price Index (EPI), which as its name suggests, measures frequency bias (just frequent purchases), unlike the CPI which measures the full basket of goods and services (both frequent and occasional purchases).

But just because the crazy econs stuff seemed to indicate that the values of real salaries could have been different, we still can’t overlook the one problem BNM is trying to send smoke signals about.

Something that’s worth taking note of is that the decreasing trend in real starting salaries means that salaries aren’t keeping up with the costs of living. Our previous article wrote that people were angry about the RM50 raise in minimum salary set for January this year because it’s unfair and not enough to cover the increasing living costs, according to the Malaysian Trade Unions Congress (MTUC).

“The excuse given, that productivity does not increase in line with salary, can no longer be accepted as worker productivity since 2000 had been very high…” – J Solomon, MTUC Secretary-General, translated from Berita Harian.

In fact, if you look at KWSP’s Belanjawanku’s expenditure guide, you’d notice that even raising the minimum wage to RM1,100 still can’t even cover the monthly budget of a single-person household who uses public transport in Klang Valley. Compare this budget amount to the salaries (whether real or nominal) and you’d also notice that even the uni grads would have a hard time saving money for their future.

Although MEF thinks that changes in starting salaries should be based on the company’s ability to pay and the employees’ performance, it would seem like the higher-ups in the employment sector and the govt are allegedly “out of touch” with what the grads are really going through, which is probably why it’s crucial for studies like these to be conducted to point out what needs attention. But whether anything will be done about it remains to be seen.