A really serious landslide happened at Bukit Kukus on Oct 19. Two containers with workers staying in them fell and claimed nine lives. The Fire and Rescue Department director-general Mohammad Hamdan Wahid said that a K9 unit was needed to help find the victims but they had to bring one all the way from Jalan Klang Lama, Selangor. So now, they are planning to have their own K9 unit for Search and Rescue (SAR) operations.

Currently around the country, our Bomba has 24 dogs in all its K9 units in Malaysia, with 6 each in Sabah and Sarawak which have been there since 2017. Image taken from The Star

But isn’t this haram?

In Islam, there are 3 kinds of najis. Syah, a Muslim we interviewed, helped us break things down a bit and told us what is considered as haram for Muslims.

First, there is the najis from pigs and dogs (known as mughallazah) and their keturunan. A Muslim would have to wash 7 times and including one time with water and soil. 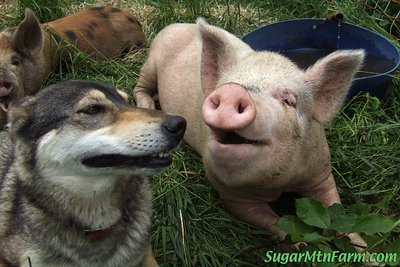 The third kind are from cow or chicken feces, as long as it’s anything in between the lowest and highest levels of uncleanness. This is known as the mutawassithah. However, this uncleanness only requires you to wash the part that terkena it.

Mukhaffafah is the lowest levels of the other najis and this includes najis from male babies less than 2 years who only feed on their mother’s milk.

“This thing is actually not as easy as we think. Because when Islam says its haram, then its haram to us” – quote by Syah. Image taken from The Star

In Malaysia, there have been a lot of issues like the “I want to touch a dog” event that happened a few years back or the time when a Muslim girl was told to repent by JAKIM for posting about her being together with pet dog. So if this has become such a huge issue in Malaysia, how are the Muslim bomba-men gonna use the K9 unit given that Malaysia is an Islamic country?

Well here’s the thing, it isn’t merely, ‘you cannot touch dogs. Instead, according to JAKIM, Muslims can actually touch them but with a valid reason.

“It is against Islam for Muslims to touch dogs without an acceptable reason because it goes against the Mazhab (school of thought) and Uruf (norm) in Malaysia” – JAKIM stressed this point as written in the Utusan Online. 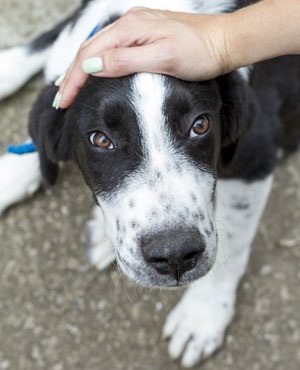 We interviewed a Muslim who will go by the name Aid, who said that Islam does teach that dogs cannot be kept as pets but when they are really needed, you can actually use them. So if it comes to things like security or even having service dogs, it is alright for Muslims to have dogs.

In the UK, a man named Mohammad-Abraar Katti was allowed to enter a mosque together with his guide dog because they classified his dog as a “working dog”. And because of his guard dog, he is now gaining more independence. Before this, he had to rely on someone who could see to help him get to a mosque.

Dogs cannot be kept as pets but you can keep a dog when its important like K9 unit is allowed because were keeping them as security instead. For hunting reasons it’s also allowed – Aid told us in a phone interview.

And besides just being guide dogs, traditionally in Islam dogs are allowed for hunting and guarding.

“Keeping dogs as pets in the house is discouraged in Islam but keeping them for hunting or protection is permissible” – the Perlis mufti, Dr. Mohd Asri Zainul Abidin, said in the Star.

Aid also added that in light of them being considered unclean in Islam, it does not give a reason for them to be mistreated.

NAH, BACA:
The gripping story of the prisoners who took over Pudu jail in 1986

But without valid reasons, why are they haram?

Another Muslim we interviewed whom we shall call Hanifah said that she was told Muslims cannot touch dogs because of illnesses that they can bring because scientifically, dog saliva contain viruses that can cause illnesses.

Did you know that a man had to amputate his hands and legs cos of only SINGLE dog lick?

BUT DON’T PANIC YET PET OWNERS because this condition is really rare. It is only those with weaker immune systems like those who have cancer and rely on medicine who have a higher risk. So do be careful and take care of your pets. How did an innocent dog licking a man end up like this? Image taken from CBS News

Trust us, we’re not tryna scare you but this man slowly started to get a fever and felt pain in his legs.

The reason why the infection happens is because of a bacteria in the dogs and cats’ saliva known as capnocytophaga. It doesn’t cause the animal itself to fall sick but when people get bitten, scratched or go close to cats and dogs, they can get ill and possibly get sepsis. There was also another case where a 70-year old woman whose speech started getting slurred and then became unresponsive. After being sent to the hospital, she started to develop confusion, a headache, diarrhea and high fever, and her kidneys began to fail.

So because of dogs causing illnesses, Hanifah told us that they should be careful when dogs are around praying areas because Muslims are afraid that their prayer water (air wudhu) is affected. So it is understandable that some Muslims are being cautious because they are afraid it would affect their prayers. Muslims that follow the Maliki school of thought interpret abstaining from dogs as a logical practice of hygiene and not ritual cleanness. 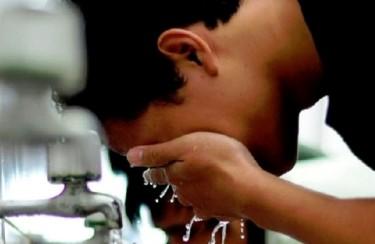 “What I’ve heard is why we can’t keep them its because scientifically the dog’s saliva contains viruses that can cause illness. It makes you afraid of water and this is essential for Muslims. Because when we pray you have to ambil air wudhu so we are afraid the water is affected” – Hanifah told us in an interview.

So, from what we’ve seen so far, it looks ok that the K9 unit in the northern regions are setting up their own K9 unit. And in fact, …

Our polis have already been using dogs for decades This dogs name is Mike and he is posing together with his polis master, awww… ;’). Image taken from Pusat Mustika Bertuah dan Azimat Maha Sakti

Eli, whose father is a Muslim, worked in the police force and they were allowed to handle the K9 unit.

Well technically, you just have to wash yourself after touching a dog. It’s just a social stigma now. Plus, the officers still have to do their job – Eli, a Muslim whose father worked in the police force told Cilisos.

The polis established its K9 unit since 1968. They have K9 units such as the narcotics unit started in 1979 and the firearms detection unit started in 1989. All of these dogs are in the Police Training Center (PULAPOL), Jalan Semarak, KL.

And did you know that all of these dogs are imported from China at RM 33,000 each! That’s expensive!

These dogs are selected when they are between the ages of 1-2 and vets and trainers will select 100-200 dogs in China. Just like how human polis need to select before becoming polis, the dogs also need to go through the same thing.

Currently there are 135 police dogs that were trained, graduated and now in service. K9 unit in a parade. Image taken from The Star