Although there have been news of Proton being bought off for some time now, it was last month was when it turned from a wild rumor to a kind of reliable rumor. If you haven’t read our article on that, now’s the time. Anyways, shifting the topic to something a little more light-hearted, we’ve just came across this epic video of an old, beat-up Proton Saga being reviewed by Car Throttle. It’s not super new (posted October last year), but a pretty recent review for an old car.

The angmoh in the video is Alex Kersten, an automotive journalist for Car Throttle and the car in question is most probably a 1995 Proton Saga Iswara saloon with a 3-speed automatic transmission.

In the video, Kersten took the car which he affectionately called ‘Donald Dump‘ for a wash and a drive, then into an off-road path in the forest, where it did quite well until it got stuck in a mini lake. Why anyone would drive a sedan into a lake is anybody’s guess though.

To be fair, it does look kinda like James Bond’s submarine car. Source

The Proton Saga did pretty well for an old city car!

As seen in the video, the car was duct-taped and sent to the car wash, then taken out for a ride, during which its performance is commented upon, Top-Gear style.

For a 22-year old car, it is quite a bit of a surprise to hear phrases like “sublime ride and handling“, “idles nicely, engine sounds good” and most of all, the automatic transmission changing gears “like a DCT gearbox“, which is a really atas transmission system used in cars like the Porsche 911 Carrera and the Audi TT-S.

At first we weren’t sure if it was sarcasm, but then we learned that the Proton Saga Iswara uses a 1.5L, 4G15 Mitsubishi engine, which is like the Nokia 3310 of Japanese engines. Although the steering wheel is sticky and the car supposedly smells, it is said to do what a car’s supposed to do: carry you from one place to another without problems.

At the end of the ride, however, Kersten had stated that this is one of the worst cars he had ever ridden and reviewed, so we’re taking the compliments with a pinch of salt.

The true test comes after going off road. The car is driven down a muddy, seriously uneven path. Impressively, even after getting stuck quite a few times and moving at a 45 degree angle from the ground, the car manages to pull through every time until finally, they get to the huge puddle that looked like a lake. The car got through halfway before it’s totally stuck in the muddy water and had to be rescued a few hours later. To be fair, it happens to the best of us. Source

And here’s the thing: the engine kept running, even with the floor and the exhaust pipe and the engine itself half submerged in water. After it was rescued, it trundled back out of the forest like nothing happened. A little dirty, and with part of the bonnet a bit bent due to the towing efforts, but overall still fine. But still…

What is a Proton car doing in the UK? 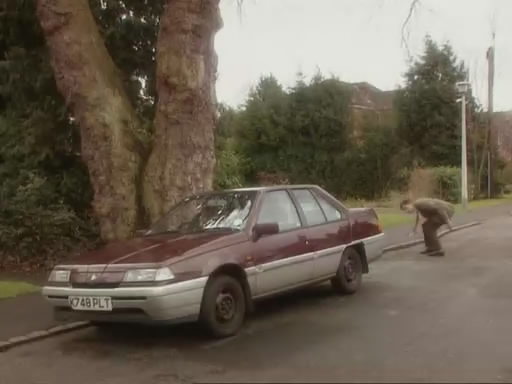 This may come as a shock to some, while others may roll their eyes while giving a “duh”, but Proton actually sells outside the country. And it’s not just one or two countries, either. Proton has been exporting to neighboring countries and faraway lands alike, with some significant market in the UK, Australia, Thailand, Egypt, Germany, Turkey, and Syria, to name a few. A UK police car in its natural habitat. Source

The international marketing might be a bit surprising to some, such as talks with Iran a while back to co-create an Islamic car, which features a compass pointing to Mecca and specialized compartments for the Al-Quran and telekungs, but that didn’t took off.

There are also models that we don’t normally see cruising the highways of Malaysia, such as the Proton Arena aka Proton Jumbuck, which is quite popular in Australia due to it’s low price in comparison with similar models. In case you’re wondering, that’s what a Jumbuck looks like. Source

So really, if you are driving around in the UK or Germany and got cut off by an old Proton, it’s not that unusual at all. But get this… if a NEWER Proton model zooms by, by all means whip out your phones and take a picture, because THAT’S what’s rare. Why? Well…

If you want to market something, not much can trump ‘cheapness’, which is why people will buy almost anything provided that it’s cheap enough. However, with some products like cars where you put your own safety on the line, that’s not always the case. A quick look at the reviews in car-selling websites might give a rough idea on why Proton cars don’t sell that well overseas… As can be seen, the only redeeming feature for Proton cars in the UK is the low, low price… and that’s about it. In addition to words like ‘uninspiring’ and ‘disappointing’ getting thrown around like trash after a pasar malam, some sites had hinted that even the low prices may not be enough of a reason to get yourself a Proton.

This particular review hints that the relatively cheap Protons break down quite often, or something else that makes it expensive to run, suggesting low quality. Even in the video, a second-hand beat up 22-year-old Proton Saga Iswara costs around 200 pounds, which is somewhere around RM1,000 at the time of the video. That’s pretty cheap, considering it had a (kinda useless) winch in the trunk, the engine’s still running beautifully and it doesn’t look too beat up. For comparison, a second-hand car of the same make here will set you back some RM2,500 to RM8,000 in Malaysia.

Eh? Why are Proton cars so cheap overseas?

That GoPro on the hood probably costs more than the car. Source

When asked the same question in an interview with PaulTan.org, the founder of Proton Holdings himself, Tun Dr Mahathir replied the reason for Proton cars being much cheaper overseas is to achieve a bigger market volume, thus promoting brand recognition. In the case of Proton, the volume strategy kind of backfired, leaving an estimated three months of inventory unsold.

But it hasn’t always been this bad.

The car in the video, the Proton Saga was once dubbed as “The Fastest Selling Make of New Car Ever to Enter the United Kingdom“. It was reliable, economical and trendy at the time, everything a buyer looks for in a car. But times changed, competition got fiercer, and as other companies have painfully learned, if you don’t keep up with the times, you go under.

However, the news on Proton being ‘bought off’ by a foreign company may not be so bad after all. Proton has done some collaborations with foreign companies in the past, like Japan’s Mitsubishi and French’s Citroën for example, and the technology exchange brings much improvement to the existing Proton products.

Also, in their efforts in promoting their cars overseas, having a foreign company partnering up with Proton may not actually be the worst idea in the world.