After construction originally began back in 2017, the project got thrown into a limbo when Harapan won GE14 and almost immediately suspended the project. Prime Minister Mahathir would later say that the project would only continue after negotiating with the Chinese about lowering the costs of the project.

Eventually, by April 2019, Malaysia would announce that the ECRL project is back on the table, but with a few major changes laa. For starters, the alignment of the ECRL tracks would be altered, with the changes including an extra stop at Negeri Sembilan. It’s also 48km shorter now, and while Malaysia Rail Link Sdn Bhd still owns 100% of the ECRL, there will be a 50:50 join venture with China Communications Construction Company Ltd (CCCC), the main contractor for the ECRL project. 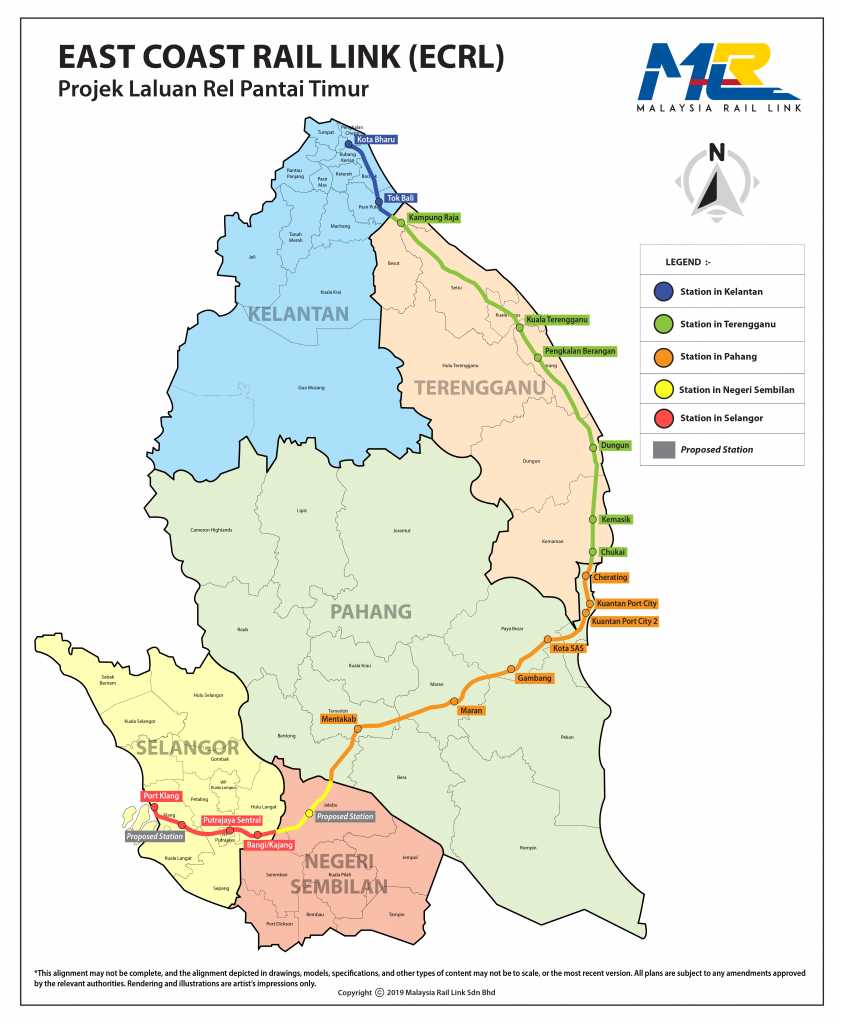 But perhaps most importantly, the cost of the ECRL has been significantly reduced as well.

“We are pleased to announce that the construction cost for Phases 1 and 2 of the ECRL has now been reduced to RM44 billion, a reduction of RM21.5 billion, from its original cost of RM65.5 billion. This reduction will surely benefit Malaysia and lighten the burden on the country’s financial position,” – Prime Ministers Office, 12 April 2019

While this has been lauded as a good move on Mahathir’s part, this has actually done more than just save Malaysia a few (billion) bucks.

Others, like Pakistan and Myanmar, are also asking China for discounts

So Mahathir’s act of getting China to renegotiate their deal and lower the costs might have just kickstarted the next big trend in international politics. Hipster Mahathir, asking China for discounts before it was cool. Image by Aizat Paharodzie, from Juice

Just a couple of months after GE14’s shock result, another similar election revelation happened, this time in Pakistan. Former cricket player and celebrity star Imran Khan took Pakistan by storm and won the July 2018 Pakistani general election, by promising reform and rescue Pakistan’s ailing economy during the leadup to the polls. And just a few months after that, he would state that China’s investments into the country would need to be reviewed, with his adviser Abdul Razak Dawood allegedly saying that the previous govt did a bad job negotiating with China for deals.

“They didn’t do their homework correctly and didn’t negotiate correctly so they gave away a lot… Chinese companies received tax breaks, many breaks and have an undue advantage in Pakistan,” – Abdul Razak Dawood, adviser to Imran Khan, as quoted by Quartz

Khan would also later go on to set up a committee to look into all of the deals and agreements they had with China, and apparently secretly suspended most of them while they get reviewed. Sounds familiar? And just in case you think we’re looking too much into things, even Khan himself said that Malaysia and Pakistan were in the same debt-ridden boat. During a visit to Malaysia last November, Khan had this to say about the similar circumstances he and Mahathir find themselves in:

“We [Mahathir and I] both came into power after the people gave us a mandate on an anti-corruption platform. We face similar situations of unprecedented debt and so have a lot to share and talk about on dealing with the crisis and how to come out of it. We hope to learn from your experience,” – Imran Khan, during a visit to Malaysia, as quoted by SCMP Other countries in the region have also been asking China to reduce the costs of their infrastructure projects. Myanmar for example initially signed a deal with China to have them build the Kyaukpyu Port (we won’t even try to pronounce it), with the port costing Myanmar an initial USD7.3 billion! In August last year tho, they began pushing to redo the whole plan, downsizing it tremendously, both in the scale of the project as well as the cost, lowering the price to just USD1.3 billion.

Bangladesh meanwhile would also reject Chinese loans and firms in their infrastructure projects, preferring to build them with their own funds instead. Even the Philippines, whose President Rodrigo Duterte has been actively courting the Chinese to help fund his projects, has been warned by Mahathir himself to be cautious when making deals and loans from China.

This now brings us to the question: Why is China even bothering to help loan out so much money and getting involved in so many projects anyway?

Now you’ve probably heard of China’s Belt and Road Initiative (BRI) getting mentioned every now and then during discussions about Mahathir’s dealings with Beijing.

Also known as China’s New Silk Road, it’s a development strategy of sorts by the Chinese govt that aims to help countries develop infrastructure and connectivity in an attempt to improve regional connectivity to benefit both China and the country receiving the help. For example, over the years, China has helped financed at least 35 ports around the world. Think of it as China helps smol country grow, and China then gets to do trade with. While their attempts to build ports, railways, roads and industrial hubs around the world do seem good on paper, the BRI has been heavily criticised over the years as a form of ‘debt-trap diplomacy’. Essentially, the allegation is that China or Chinese firms would finance and build these massive infrastructure programs that may cost quite a bit, only for these partnering countries to end up in debt, leaving them easily influenced by Beijing. It also probably doesn’t help that some in China are resenting the way the debt got reduced so easily by Mahathir.

“I think it sets a bad example for other projects, that China can just lower the costs. There are Belt and Road Initiative projects all over the world, so Beijing shouldn’t send the message to others that their costs can be cut in this way,” – Wang Yiwei, professor at Renmin University, as quoted by SCMP

Now these critics might actually have reason for concern. In 2008, Sri Lanka and China began a project to build the Hambantota port in Sri Lanka. Originally, the then-president Mahinda Rajapaksa (ironic name) couldn’t get India to help him finance this port as they didn’t think it would work. Until China came along and helped them build it, with the port opening its doors to the world in 2010.

Buuuut, as it turns out, there was a reason India refused to help build the port, as no ship went there – it only got 34 ships in 2012. Rajapaksa was then voted out in 2015, but the new Sri Lanka govt couldn’t pay China back due to the debt taken on by the Rajapaksa. With not much money left, Sri Lanka quite literally gave China the Hambantota port on a 99-year-lease, plus an additional 15,000 acres of land. Scary.

Despite the critics tho, many are still in favour of the China’s BRI plans. For instance, Italy signed up for the BRI plan just a few weeks ago, becoming the first developed economy to do so. African countries meanwhile depend on Chinese investment as the West often ignore and refuse to develop Africa’s infrastructure. China isn’t the first to be accused of ‘debt-trap diplomacy’ either, as the IMF’s loans to Greece were also accused as such. And as for the Hambantota port debacle, it’s more of a one-off than a common thing as China had waived over 80 other similar debts without taking over assets. Even Mahathir, the leader that perhaps kicked off the trend of asking China for discounts, has recently voiced his support for China’s BRI plans after successfully renegotiating the ECRL deal.

“I fully support the Belt and Road initiative. I am sure my country, Malaysia, will benefit from the projects,” – Mahathir, as quoted by Malaysiakini

Of course, that seems pretty odd from him after months of going against China. But it’s also perhaps a good move as…

Remember that Sri Lanka port that ended up going into China’s hands? It was arguably badly planned in the first place and in hindsight probably a terrible idea, but to put the blame on China might not be fair to Beijing.

Similarly, the ECRL deal was allegedly inked by Najib with an inflated pricetag, with the extra fees apparently going to the pockets of a certain Jho Low. As such, you could probably see why the govt wanted to renegotiate the terms of the deal. With the price now lowered and the project continued, a number of experts and academicians are now more optimistic about it, highlighting the economic boost it may provide. And if you look at Pakistan’s attempts to reduce it’s Chinese debt, you’d see a similar story of them fixing their previous govt’s errors too.

In any case, with Malaysia back on board the BRI and ECRL train, this might be the start of a much needed economic upturn for the country.