Is there really anything that scares Tun Dr. Mahathir? The Prime Minister of Malaysia has stood his ground against the world’s strongest superpowers in the past and is never afraid to speak his mind. Plus, at the ripe, old age of 93, he’s still at it! Cos you know, he was PM twice… geddit? Geddit? Kbai. Unedited image from: CNN.com

So it was no surprise really, that when China demanded the repatriation of 11 Uighurs who were arrested in Malaysia as ‘illegal immigrants’, Dr. M quite simply told them ‘no’.

A 93 year-old Prime Minister of a small country angmohs know as ‘Ohhh it’s above Singapore?’ just told the country with the world’s largest military to piss off. Now, if that’s not bold, we don’t know what is. I mean, people who say ‘no’ to China usually just disappear.

But what exactly is all this hoo-ha about Uighurs all about, and how does Dr. M’s decision affect our chances of finding Jho Low, who’s suspected to be hiding in China?

Ui-who?? Who are these people?

The Uighurs are a Turkic people who speak their own language and practice Islam. They live here, in the province of Xinjiang: 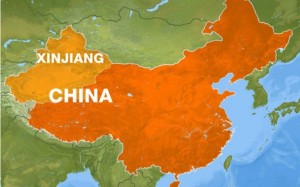 Back when China had an emperor, they were under Chinese rule, but after the last emperor chap lap in 1912, they rebelled against the local gomen, became their own gomen and declared merdeka in 1933, naming themselves the First East Turkestan Republic. 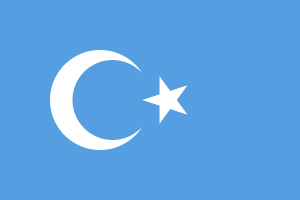 Flag of the East Turkestan Republic. Image from: Wikipedia

Of cos, China (back then they weren’t Commie yet) tak puas la. They tried to retake the region, but, backed by the Soviets, Turkestan won again, and declared merdeka again in 1944, calling themselves the Second East Turkestan Republic. However, soon along came Mao Zedong and his Communist ideologies to take over the show, and in 1955, Xinjiang was declared a Chinese province. 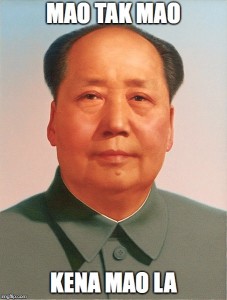 Not that they had a choice in the matter. Unedited image from: History in an Hour

Now, this is where the trouble started. Because of Mao’s Cultural Revolution and the fact that Xinjiang was loaded with resources, China developed the area and started to flood it with loadsa Han Chinese (the dominant ethnic group a.k.a your stereotypical PRCs), who took most of the jobs and income in the region. Long story short, the Han Chinese are making more money than the Uighurs in Uighur territory. So, of cos the Uighurs tak puas la. “WE ARE ONE, WE ARE LEGION.” Image from: The Business Insider

Plus, the Uighurs feel that they are being targeted because they’re Muslim, and have accused China of trying to erase their culture. It’s so bad that Uighurs are actually prohibited from keeping beards and veils, and are actually being stopped on the streets and forced to show police the contents of their mobile phones, just in case they’re in possession of anti-China content.

Not to mention the countless Uighurs who ‘disappear‘ and are sent to ‘reeducation’ camps, which are supposed to make them more Chinese. Former Uighur inmates of these camps say that they’re physically and mentally tortured, forced to eat pork and drink alcohol (harammm!), and even driven to death/suicide cos of the conditions and treatment. 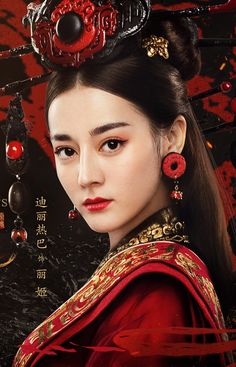 Dilraba Dilmurat, a popular Uighur actress. Despite the issues faced by Uighurs, they are highly sought after in the Chinese entertainment industry for their exotic looks. Image from: Pinterest user Queen Haya

No wonder so many of them are tryna run away la…

(First of all, well done for making it all the way to Thailand in the first place. That takes some guts.) 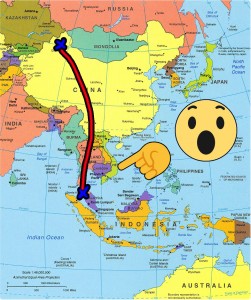 But yeah, this is where it gets interesting. Despite the Chinese gomen demanding that Malaysia send them back to China, Dr. M actually went against them and did the exact opposite: releasing them and flying all 11 to Turkey! His reasoning?

“They did nothing wrong in this country. Therefore, they were released.” – Tun Dr. Mahathir

How we imagine Dr. M and crew were after he defied China.

Now, some of you might be wondering: “how is Dr. M allowed to just let them go even though technically they were breaking the law just by being here?” Well, technically, it wasn’t exactly him who released them, but the prosecutors of the case, who apparently dropped all charges on humanitarian grounds. But instead of sending them back to China as demanded, choosing to send them to Turkey (cos Uighurs and Turks share a similar language + culture) definitely points to some kind of conflict of interest la.

Sooo how did China respond to this?

Well, obviously they weren’t happy. And knowing China, even that might be an understatement:

“These people are all Chinese nationals. We resolutely oppose them being deported to a third country.” – Foreign Ministry of China It definitely isn’t going to help Malaysia’s already-worsening ties with China. But ever since coming to power (again), Dr. M seems to have done nothing but piss them off. Not only did he cancel multiple Chinese projects in Malaysia, he actually was brave enough to go to Beijing and tell them this in person! Now, onto the whale (lol) in the room: Jho Low. Although what Dr. M did can be seen as a show of strength, it can’t be good for our chances of finding Jho Low. There’s even been speculation that Dr. M releasing the 11 Uighurs was him sending a message to China for refusing to help Malaysia bring back Jho Low.

“Well, maybe he’s a bargaining chip or something like that.” – Tun Dr. Mahathir when asked why China won’t give up Jho Low

Because it doesn’t look like China’s being helpful at all here: both times Malaysia came knocking on their doors looking for him, they simply told us “he’s just flown off”. And when China’s Foreign Ministry was asked about Jho Low, they simply said they “were unaware of the case”, without mentioning him by name. Oh well. At least if all else fails, we can still count on Hishammuddin to track him down, right? Image shared via WhatsApp (if you’re the owner of this meme, let us know and we will credit you!)

Is Dr. M justified in his decision?

Well, like we said earlier, Dr. M’s decision to send the 11 Uighurs to Turkey definitely won’t look good from China’s point of view, especially since the SOP for deportation is to ‘send them back to the countries of origin’, and the country of origin for these Uighurs is, technically, China. The biggest question here would probably be: is it really for humanitarian reasons, or is Dr. M merely doing it this one time just to spite China? Or both? The Uighurs of China, a dying breed. Image from: CITS

Because since Malaysia has not ratified the UNHCR Convention on Refugees, there is no legal obligation on our gomen to shelter or aid refugees, so why else would Dr. M go out of his way to help the 11 Uighurs escape to Turkey, seeing as he’s actually threatened to shoot refugees on sight before? Also, keep in mind that as of the end of August 2018, there are about 161,140 refugees living in Malaysia, so is there something they can do to be given the same attention?

Actually, we’re not even sure if these questions can be answered. As popular metal band Avenged Sevenfold sang in one of their songs:

“Tell me a lie, in a beautiful way; I believe in answers, just not today.” – ‘The Stage’, Avenged Sevenfold