In the time since Prime Minister Muhyiddin Yassin announced the implementation of the Movement Control Order (MCO), we’ve seen the rather scary economic impact that it has had on Malaysia in particular. For example, airlines have been forced to implement pay cuts or even retrench their staff. Some employers have aired their grievances on their inability to pay full wages. So it’s really no joke.

And of course, as a tourism hotspot, it’ll probably come to no surprise that a large company like Genting Group would be negatively affected by Covid-19 as well, what with the lack of customers and the cut off of revenues. In May this year, Genting reportedly suffered a loss of approximately RM133million in the first quarter.

But even with MCO transitioning into RMCO, it doesn’t seem that Genting will be recovering anytime soon, because… 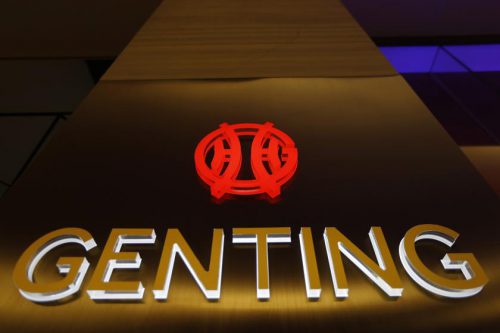 Genting Group isn’t solely stationed in Malaysia, as it has a number of holdings across the world, such as Australia, Singapore, Philippines, the United Kingdom, and Hong Kong. And in Hong Kong, Genting mainly operates luxury cruiselines, mainly Star Cruises, Dream Cruises, and Crystal Cruises.

Apparently, when the Genting empire was still handled by the late Lim Goh Tong, the company had no interest in anything other than holiday resorts and casinos, and the cruiseline business was said to have “required a new set of rules to serve a different group of audience“. It was only when his son Lim Kok Thay took over that it began to venture into other leisure businesses, and established Genting in Hong Kong as a luxury cruise operator.

So for as long as Genting Hong Kong was in operation, it’s always been in business with Maybank to establish investor relations and secure loans. And in 2012, Genting Hong Kong managed to secure loans from both Maybank and RHB, amounting up to a whopping USD$1.15billion and USD$420million respectively. Apparently, the deal with Maybank was considered to be one of the largest finance arrangements by Maybank.

“The strong response we have seen is also a reflection of their confidence in the Genting Group, which is a well known brand not only in Malaysia but internationally.” – Maybank’s Deputy President and Head of Global Wholesale Banking Abd Farid Alias, as quoted from Hong Kong Business And things seemed to be going well for them for awhile, until Genting Hong Kong abruptly announced that it would be suspending payments to lenders on the 20th of August, 2020. In case you don’t know what that means, it means that Genting Hong Kong will not be paying back their loans until further notice. And for now, the company claimed that it has as much as USD$3.4billion of debt since last August.

“…so that the stakeholders of the Group can have a stable platform to negotiate and implement the restructuring.” – Genting Hong Kong, as quoted from Inside Asian Gaming 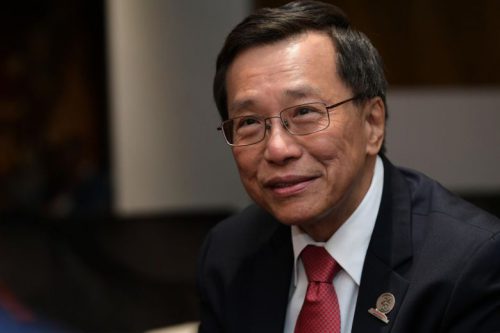 Lim Kok Thay, the owner of Genting Group. Image from The Straits Times

However, it should be noted that while Genting Group technically does own Genting Hong Kong, they’re apparently two different entities – and Lim has significant stakes in both.

“They may be under the same branding, but they’re separate legal entities all together. The only thing in common is Lim Kok Thay as the common shareholder.” – EquitiesTracker’s founder Alvin Vong, in an interview with Cilisos

Still, what does pledging shares even mean and what can it really do? Well, we’re not exactly financial experts at Cilisos, so we had to reach out to a few financial experts and economists to get an idea of what it all means in the long run, such as EquitiesTracker’s CEO Alvin Vong, economist Hoo Ke Ping, and Center for Market Education’s CEO Carmelo Ferlito. According to Vong, pledging your shares simply means you’re putting your stake in a company as a collateral when you take up a loan. And if it turns out you don’t have the ability to repay the loans, your lender, most likely a bank, has the right to sell off your shares to compensate for the amount it’s lent you.

“Just like when you get a mortgage, the bank will take the house as a collateral. In the event you can’t pay the lender, they can liquidate the property to recover the money.” – Vong

And apparently, pledging your shares while taking up a loan is quite a common occurrence, where high-end companies or tycoons tend to put up their stock in exchange for cash. Heck, this isn’t even the first time that Lim’s pledged his shares for a loan – back in March, Lim had already pledged 32% of his shares in Genting Group as collateral already, but that was for Genting Group and not Genting Hong Kong.

NAH, BACA:
What's this stick that KDrama actors keep sucking on? We tried it & this is how it tastes

The catch is that the value of the shares you pledge have to remain consistent in order to match with the loan amount, and the value’s often adjusted at the end of every trading day.

“If the value drops lower than the loan amount, it’ll trigger a margin call, meaning you have to ‘top up’ the collateral to make up for it.” – Hoo, in an interview with Cilisos

So in this case, Genting Hong Kong’s faced one round of margin calls already, and Lim had to top up the collateral with his own shares, which seems to match the amount that they’ve borrowed from Maybank and RHB. However, even though pledging shares is common, Vong told us that it becomes uncommon when you’re pledging shares in a seemingly already troubled entity, like Genting Hong Kong.

Will Genting be able to survive?

TLDR: Genting Group will probably still be able to hold on for now.

The truth is Genting’s been suffering significant losses since before Covid-19. And the whole Covid-19 thing’s definitely made it worse, given that Genting Group specializes in tourism stuff, like resorts and theme parks and casinos.

However, it doesn’t seem that whatever Genting Hong Kong’s facing now will affect Genting Group as a whole just yet. Remember, as we’ve mentioned above, Genting Group and Genting Hong Kong are two different entities, even though they’re technically in the same family. Think of it like a parent and a child who don’t really talk to each other.

“As far as earnings go, there is no impact on the two Genting-related stocks on Bursa.” – TA Securities senior analyst Tan Kam Meng, as quoted from The Star And the financial experts we talked to seem to agree. According to them, Genting Group will hold on for now. Ferlito told us that Genting Group’s activities are rather well-diversified, as in the company has its hands in a lot of pies, like plantations and retail shopping, allowing for incoming cash flow and cover the overhead costs. The only concern now is whether other Genting subsidiaries will have to provide assistance or bail out the one in Hong Kong.

“Surely, Genting Hong Kong’s difficulties will have consequences and require an effort.” – Ferlito, in an interview with Cilisos

Some have even claimed that what’s happening with Genting Hong Kong may affect investor relations with Genting Group as a whole, where investors will lose confidence and choose instead to no longer own any Genting-related shares. But for now, no such thing has happened yet. Still, it doesn’t seem that things will improve for Genting Hong Kong anytime soon, given that…

As a result, numerous countries, including Malaysia, had banned cruise ships from entering their ports, trapping the victims in the middle of the ocean with practically nowhere to go. The whole thing kinda drove the world wary of cruise ships in general, dealing an unprecedented blow on cruise ship operators, such as Genting Hong Kong.

There has been no decision made yet on when cruise ships will be allowed to return to business, so that only means Genting Hong Kong’s cruises are also gathering dust at the docks. According to Genting Hong Kong, it’s suspending repayment of debts because it has to use the available cash to maintain critical services to keep the company running.

Meanwhile, Lim has also organized a creditors’ meeting to restructure its debts that is agreeable to both Genting and their lenders, of which the biggest are Maybank and RHB. Still, we don’t really know what came out of that meeting, as neither Genting Group nor Genting Hong Kong’s made any announcement on their next step at the time of writing. So for now, Genting can only keep its fingers crossed and hope that things won’t get any worse, if not better.