Reporting crimes or wrongdoings to the authorities have always been seen as a good thing. Sometimes, you may even see government agencies or Malaysian citizens offering rewards to those who provide substantial information for an ongoing investigation.

However, there are times when reporting these crimes or wrongdoings can be…rather dangerous, especially for whistleblowers. Okay, now get your head out of the gutter, we’re not talking about the whistles that Flo Rida sings about as a euphemism for nasty bedroom activities – or not nasty at all, you do you peeps.

The whistleblower we’re talking about here is the people who reveal illegal activities by an employer, a company, or even a government agency. And yes, Malaysia has a history in whistleblowers too, macam spy drama like that, so how have these whistleblowers been rewarded? Let us start with… 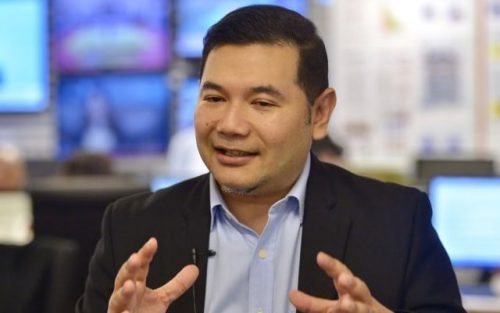 You may know Rafizi as a rather prominent politician in Malaysia, but there was a time when Rafizi made headlines for being the whistleblower who blew the lid off what would later be known as ‘Cowgate‘.

Apparently, back in 2012, Rafizi had obtained a cache of confidential documents from Public Bank that implicated a GLC called National Feedlot Corporation (NFC) in misusing funds. These documents detailed that the company had been using a government loan worth RM250million to purchase luxury properties, when the loan was actually meant for a national beef valley in Negeri Sembilan. And Rafizi allegedly showed these documents to a journalist in PKR headquarters. PKR HQ in PJ. Image from The Star

Despite having exposed Cowgate, Rafizi was said to have breached the secrecy clause of the Banking and Financial Institution Act 1989 (BAFIA 1989). As a result, he ended up getting charged under BAFIA 1989 in 2012.

“Essentially, Rafizi had broken the BAFIA act to expose private bank statements of NFC to make an allegation that was later proven by the court to be false.” – BN strategic communications deputy director Eric See-To, as quoted from Malaymail

The trial went for a long time, like six years kind of long time. Rafizi would eventually be sentenced to 30 months of jailtime in 2018. Fortunately though, his appeal was successful and the High Court overturned his convictions the next year, making him a free man once again.

Since then, the man returned to the Malaysian political stage, though he never did hold another MP post after his tenure as Pandan MP from 2013 to 2018. He also founded an organization upholding whistleblower rights called National Oversight and Whistleblowers Centre (NOW).

2. Shahinuddin Shariff – got fired as CEO There’s this company called the Education Malaysia Global Services (EMGS), a little GLC that focuses on “promoting Malaysia as the international educational hub of choice” and providing international student services. And until 2019, Shahinuddin Shariff was at the helm of it all as the CEO of EMGS.

You’d think that being the CEO, he’d wanna keep the company skeletons locked in the closet, but Shahidnuddin went the other way. In 2019, EMGS was reportedly involved in a money laundering scheme by charging exorbitant fees to process foreign student visas. And guess what, Shahinuddin was the one who handed over the names of those involved among EMGS board of directors to the Malaysian Anti-Corruption Commission (MACC).

However, he lost his job when Wafiy Abdul Aziz, a deputy director at EMGS, convinced the company’s chairman to fire Shahinuddin.

GIF from Make a Gif

No one knows exactly what prompted him to hand over the names, but the guy ended up getting booted out of the company entirely. For now, no one’s really sure what he’s doing or where he even is.

However, karma can come for anyone, and karma came for Wafiy. In September 2020, Wafiy was charged under the Whistleblower Protection Act 2010 for influencing his boss to fire a whistleblower. If found guilty, he can be fined up to RM100,000 or imprisoned up to 15 years.

3. Yubaraj Khadka – got fired AND deported 2020 has been a year of many ups and downs for one of the top glove-making companies in Malaysia…Top Glove.

On the plus side, Top Glove managed to get some good PR for itself as it’s one of the companies to pledge RM400million to Budget 2021 to assist in curbing Covid-19. That being said, the company’s also been embroiled in numerous problems such as a Covid-19 outbreak, alleged foreign labor abuse, and not following pandemic SOPs.

Really, no one would have known about the not-following-SOPs part until one of the foreign workers Yubaraj Khadka sent two photos of lack of social distancing to a workers’ rights campaigner back in May 2020.

“There was no one-metre distancing. That’s what I wanted to show. Even at the factory, after the first few months (of infections in Malaysia), the social distancing markers were thrown out.” – Khadka, as quoted from Reuters When Khadka sent the photos, he had sent it anonymously for fear of getting fired. But the thing is that Top Glove eventually identified him as the source of the photos and ended up firing him anyway.

“They also took my phone away, from 10am until about 9pm at night. They looked through each and every one of my messages.” – Khadka, as quoted from Malaysiakini

Since then, Khadka had to travel back to Nepal and get tested out of his own pocket. Currently, he’s reportedly still on the hunt for a new job in Nepal. 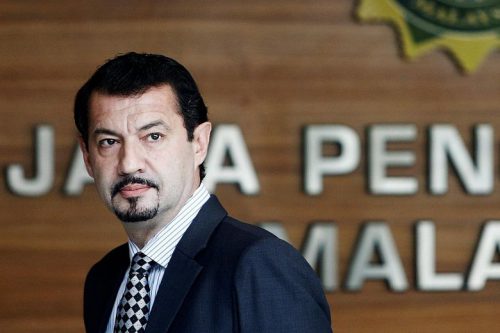 Ah, 1MDB, everyone knows what it is. If you still remember 1MDB, then you’ll probably remember Xavier Justo as well. Out of everyone we covered in this article, he probably received the worst treatments.

Sarawak Report wouldn’t have been able to expose 1MDB without Justo, who handed over a powder keg of information on 1MDB to Clare Rewcastle Brown and The Edge in 2015. Unfortunately for him, his identity wasn’t a well-kept secret, so he soon became a target of Thai and Malaysian authorities.

“Admit and confess or deny, and if they deny they need to build a story, the story that they built was I was the bad guy, the money seeking guy, that I stole the data, downloaded the data, that I was coordinating this with the opposition, with the journalist, and everything was part of a conspiracy.” – Justo, as quoted from NST Justo getting arrested by Thai kaps. Image from The Straits Times

Now, according to Brown’s book The Sarawak Report: The Inside Story of the 1MDB Exposé, Najib Razak allegedly orchestrated Justo’s arrest in Thailand by using his connections with Thai authorities.

“I was told that the Malaysian prime minister came to Thailand and persuaded them not to release me, and in fact tried to extradite me to Malaysia.” – Justo, as quoted from The Star

Of course, Najib’s connection is just an allegation, but it’s certainly true that Justo was arrested and sentenced to three years of jail in Thailand for ‘blackmail and attempted extortion’. While in jail, he claimed that the conditions in Thai prison were less than ideal, like no beds in the cell and one bucket for several inmates.

However, his sentence was cut short, as he was given a royal pardon the next year, along with 150,000 inmates. And in 2019, for his efforts in exposing the 1MDB scandal, The Edge rewarded him RM2.8million. He also decided not to return to Malaysia, choosing to go back to Switzerland with his family.

No, there’s no actual reward for whistleblowing

If you look at the cases above, the whistleblower who suffered the most but also benefited the most is probably Xavier Justo. Really, there’s no reward at all for whistleblowers. In fact, you may end up in a worse position than you’re already in.

However, in case you really, really feel like you wanna do something right and become a whistleblower yourself, you should know that there is actually a law that protects whistleblowers in Malaysia. It’s called the Whistleblower Protection Act 2010 (WPA), which was ironically passed during Najib’s administration in 2010. Basically, WPA’s meant to protect whistleblowers who reveal incriminating information about their companies, employers, or government agencies. Still, it’s important to note that there are actually some pretty weird caveats that you have to follow to be protected under WPA, and we’ve written about it before. But if you’re too lazy to read through a whole other article, here are some of the highlights:

And if you follow the above three caveats, then congratulations, you’re the lucky winner of whistleblower protection under WPA, which includes a secret identity, immunity from future legal actions, and safety from any possible harms caused to you.