Okay, take a moment and go to your special place where blind optimism overrides reality and try to imagine a law where, if you were to come across evidence of your boss or company doing something illegal or unethical, can expose this evidence while being assured that:

You may be surprised to know that there’s actually such a law in Malaysia, and it’s called the Whistleblower Protection Act (WPA), which was introduced by PM Najib as part of his Government Transformation Program in 2010! But just to be completely clear, it has nothing to do with any actual whistling…. Instead, a “Whistleblower” in this sense refers to people who blow the whistle to draw attention to any illegal shenanigans that’s going on. In recent memory, the most popular name connected to the practice of whistleblowing is Edward Snowden, a former CIA employee who bocor-ed thousands of classified documents revealing the extent of digital spying by the National Security Agency (NSA) – who also has a move about his rise to becoming a poster boy for whistleblowing coming out.

The idea of protecting whistleblowers comes from the fact that they are usually seen as traitors or snitches, and usually face some sort of backlash from physical attacks or (if in the workplace) get fired, demoted, or passed on for promotions. In some cases, they may even face jail time for doing it. And because of issues that we’ll discuss later, not many countries have specific laws set to protect whistleblowers.

So since Malaysia has such a law, this means that anyone who spots hanky-panky happening in their company or in government departments can come right out and tell us all about it, right?

Well, we didn’t suddenly decide to write an article about Whistleblowers. Rather, it’s because…

Rafizi Ramli might be going to jail for revealing secrets about 1MDB! Image from the Malay Mail Online.

This also isn’t the first time he’s been in trouble for bocor-ing information when he’s not supposed to – Rafizi, along with a former bank clerk named Johari Mohamad were arrested and charged under our country’s banking laws in 2012 for exposing the alleged financial hanky-panky happening within the National Feedlot Corporation, or NFC.

Here’s the breakdown of what happened in both cases: Rafizi and Johari. Image from Refsa.

But hang on a second, if Malaysia has a law that protects whistleblowers, how did Rafizi and Johari get in trouble? Well, the truth lies in the details, honey. So all that stuff about anonymity, protection, and immunity from lawsuits we mentioned in the introduction is memang covered by the Whistleblower Protection Act (Page 10 if you wanna read it).

However, there are some really strict criteria that in order to qualify for protection. We spoke to Eric Paulsen from Lawyers for Liberty to get a better idea, and he thinks that the WPA might be effective in combatting corruption within the lower levels of government and businesses, but not at the higher levels. In fact, he says:

“Personally, if someone came to me for advice on [whether to seek protection], I would be very careful in advising him through the process.” – Eric Paulsen, in interview with CILISOS.

This is due to three reasons:

1. You’re only protected if you go to an enforcement agency FIRST…and you can’t leave! [Section 8(1), WPA]

One thing to note is that there’s no single body or agency to handle whistleblowing cases. Instead, the enforcement agencies are defined as any government agencies or units who are given investigation and enforcement powers by the law, including the PDRM, the MACC, and the Immigration Department.

According to Prime Minister’s Office punya minister Nancy Shukri, the reason why Rafizi didn’t qualify for protection under the WPA is because he didn’t go straight to the enforcement agencies and instead, publicly revealed the information. This was also a reason for the NFC scandal case. 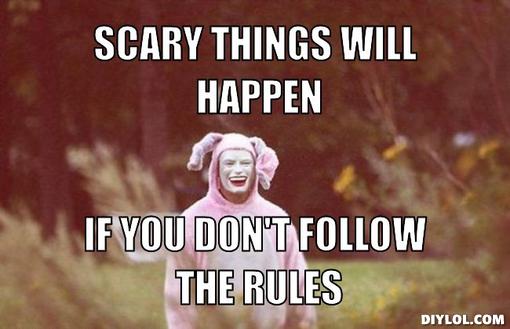 The other downside to this is that once you claim protection under the WPA (we’ll call it WPA from now, aight?) you’re essentially stuck within the system. What this means is that if you feel that no action is being taken, you can’t go to any other third party (like the media) without getting in legal trouble yourself:

This is mentioned in Section 8(1) of the Act, if you wanna check it out yourself.

NAH, BACA:
Some dude is selling 'senjata bahaya' to Malaysians, but on YouTube.. so is that still illegal?

So imagine if you’re a government employee and you notice that something fishy is going on. You report it, and because you’re protected, your boss can’t do anything to you. But here’s the thing –  Your protection may get withdrawn if the resulting investigation shows weaknesses within government policies.

The thing is that the withdrawal can happen after or during the course of the investigation, so you better make sure that your info won’t make government policies look bad or you’ll be stuck behind a desk stapling papers for the rest of your career.

3. You will not get protection (and possibly get in trouble) if you break the law to get the info

We realize this part is actually quite long, so we’re turning it into a section on it’s own instead. Sorry potong stim ↓

The Witness Protection Act does not protect you from other laws

There’s a section in the WPA [Section 6(1)] that doesn’t allow you to disclose information that is prohibited by an existing law, or reveal it to parties other than the enforcement agencies. If you do, you’ll get charged under that law. In other words, you have to make sure you aren’t breaking the law when reporting about people breaking the law otherwise you will kena for breaking the law.

If you remember, Rafizi got in trouble for breaking a banking law (the BAFIA) and the Official Secrets Act. While it makes sense for there to be a law that protects your personal banking information, Eric says that it defeats the purpose of whistleblowing because you can’t show proof of corruption if you don’t have the information or documents with you.

On the other hand, the Official Secrets Act (OSA) is a whole different kettle of fishiness because the definitions are loose enough that almost any public official can declare almost any document an official secret. We’re not exaggerating on this either as some pretty weird things have been OSA’d over the years, including evidence of ghosts (¬°-°)¬

Although the OSA is needed to safeguard information regarding our national security, the looseness in which something can be declared secret may serve as a deterrent for government employees to report any wrongdoing that they may come across. Here’s a simple example:

For example, an official decides to charge the Prime Minister’s Department RM10k for drinks at a kenduri when the actual price is RM1k. He then puts the receipts under OSA. If you noticed the discrepancy, you can’t challenge or expose it without breaking OSA laws.

And this goes all the way to the courtroom as well; so if you exposed the information and was brought to court, your lawyers may not be able to ask for the receipts as proof unless an official declassifies them. This was also what happened to Rafizi’s defence lawyers in the 1MDB case, where they could not ask questions regarding nor fully reproduce the page he was accused of leaking.

But we’re not done yet. This next part would be the Joker to a whistleblower’s Batman. In 2013, an amendment to the Penal Code was passed despite opposition from NGOs and even some of BN’s own MPs. Section 203(A) is pretty much the cherry on the cake since it prevents anyone from revealing any information or documents obtained in the course of their duties (aka job) which, if you remember being mentioned throughout the course of this article, is essentially the whole idea of whistleblowing. You can read this article by lawyer Syahredzan Johan for more detailed info.

So wait, does the gomen want us to whistleblow or not? As it turns out, the WPA did actually encourage people to come forward – with 1,960 complaints filed with enforcement agencies in 2011 and 11,841 in 2012. The MACC also had some presentation slides that showed a fair number of people who went to them ended up receiving protection. However Eric may have been right in thinking that the law may work better in lower levels of government and businesses due to the kind of limitations placed on it.

But then why so susah payah to make this law in the first place?

We can think of two possible reasons. The first is that when PM Najib first came on as PM, he put a lot of focus into appearing progressive, such as the abolishment of the ISA and the 1Malaysia initiatives. But just like how the ISA was replaced with other laws like SOSMA and POTA, it’d be pretty natural to wonder if the law was enacted as a sincere attempt stamp out corruption or to join other western countries in looking hip and democratic:

“They want to look like they’re reforming but the Whistleblower Protection Act much like the Peaceful Assembly Act – outwardly progressive in appearance, but not in actual practice.” – Eric Paulsen

On the other hand, it be related to why so few countries have whistleblower laws, since whistleblowing falls into that super fine line category between moral ideals while still following legal frameworks. The whole idea of whistleblowing is to break existing security and organizational frameworks in order to expose something for the greater good, and this sometimes involves massive consequences for governments and organizations. Again, Edward Snowden is a prime example, seeking refuge in Russia to escape prosecution in the US despite the US having whistleblower protection laws of its own.

Perhaps at the end of the day, the existence of a law may not be as important as how sincere the authorities are on upholding it. Eric uses Rafizi as an example to answer the question:

“Based on the politically charged nature of his accusations and looking at past practices by the authorities, if Rafizi went through the WPA and revealed what he knew [for either case] to the enforcement agencies; will these agencies thoroughly investigate them?” – Eric Paulsen

So perhaps that’s your answer right there.