For most of us, we’ve probably done all of this and a whole lot more. But for some kids, their childhood memories are ones that they’d rather forget. We all have bad memories… but how does being sold into prostitution by your own parents sound like?

But well, for some children, this is their reality. Just last month in Johor, a mother was found to be pimping her two daughters, aged 13 and 10, for RM50 per ‘session’, while she was sleeping with her boyfriend in the other room. The poor preteens were up against grown men who were in their 30’s!

Oh, here’s the definition of pimping, for those of us whose minds are relatively pure:

The act of finding customers for prostitution is pimping. Pimps are people procuring a prostitute for customers. A pimp provides protection for a prostitute and for that he/she takes a portion of the profits from the sexual activities. A pimp is guilty of the crime of pandering. – US Legal

Um… did this parent mishear the word ‘pampering’ your child to ‘pimping’ in Parent Class? Because this is not cool! But before we revoke her license to bermama, bear in mind that she isn’t the first to do something like this, and defo won’t be the last…

Who in their right mind does this kind of thing?!

Pimping a child is nothing new. Just last month, a mom from Sarawak pimped her 14-year-old daughter to settle her debts. The teen says that she was raped at least three times at a karaoke centre, and saw the rapist pass RM1,000 to the karaoke centre’s owner, who then passed the money to her mother.

Our neighbours, Philippines and Thailand, also report cases of some pretty sick parents. In the Philippines, mothers are either selling their kids to paedophiles, or getting paid to perform sexual acts on the kids themselves. A bit TMI, but this ranges from their mothers sexually abusing their own kids, to setting their little legs on fire!

Moms then record the whole thing over webcam for the paedophiles. Photo from Daily Mail

Meanwhile in Thailand, kids being prostituted by their parents is so common that both parents and some of these kids don’t think that there’s any problem with it. Kids even believe that this is something that you’re supposed to do, just like you’re supposed to call your parents mommy and daddy.

A quick Google search of ‘parents pimping children’ will reveal a whole list of stories worldwide of parents who sell off their kids for sex for various reasons- to support a drug habit, to pay off debts, or simply to supplement the family’s income. But quite kesian la, because even though some might be doing it because of some sick delusion, others do it because they feel like it’s their only way out of poverty 🙁

Besides monetary reasons,  people also want to have sex with kids because some people believe that their youth has ‘restorative and protective qualities‘. Protect what we all also dono. But people are willing to pay anything from RM20 all the way to RM2000 for a one-night stand with a child. In a statement, Aegile Fernandez of Tenaganita said that there were more than 5,000 children involved in sex work in the Klang Valley  in 2015! Who knows how many of those have been sold out by their parents?

So… in a nutshell, you have the person you trust the most in the world selling you out… literally. Who else, then, can you turn to?

The list of laws against parent pimps is pretty long 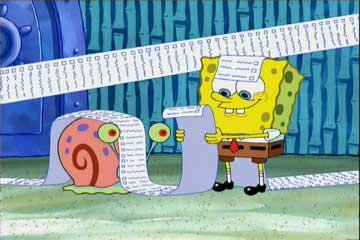 Think about it. By prostituting your child, you’re committing a few crimes:

So when a parent gets caught pimping their kid, which crime is it considered?

Let’s dig into it a bit more. We spoke to Tan Heang-Lee, a communications officer for the Women’s Aid Organisation (WAO) who told us that in Malaysia, the parent pimps could get charged under the Anti-Trafficking in Persons and Anti-Smuggling of Migrants Act 2007 AND the Child Act 2001, which involves trafficking a child for sexual exploitation. That’s like Nescafe man two in one already, and that’s only for trafficking.

We also talked to our friends at AskLegal who told us that these parents can also be charged under Section 372 of the Penal Code for living off the money that a prostitute makes, so letting your kids sell curry puffs is probably a better idea if you’re looking at supplementing your family’s income.

Also, prostituting your kids = putting them in a place where people are having sex with them = allowing them to be raped, because even if they wanted to put themselves in that situation, anyone below 16 cannot consent to sex. So aiding this rape of a minor is actually illegal based on the Penal Code.

And even if it isn’t technically rape, with rape being defined as the penetration of the vagina or anus with any body part or object, we also have the Sexual Offences Against Children Act 2017 and a court that deals with sexual crimes against children.

So… much… law! GIF from WiffleGif

So really, when it comes to the law, we don’t have a problem with prosecuting the prostituting. But the real problem is that internationally, almost 10% of all child prostitutes are pimped by their parents, and that parents usually start pimping their kids from a very young age. Which means that most of these kids grow up not knowing any other life outside of being sold for sex! :O

The only way out for some of these families would be to get them out of poverty, and to get all the child paedophiles off the streets, but we all know that it isn’t that easy. So how?

It’s not a completely hopeless situation

Most of us probably wouldn’t want the issue of parents prostituting their children to continue. But the reality is that we all can’t be like Sergeant Olivia Benson lah. So some basic things we can do is to try and notice some key warning signs. For instance, if they suddenly don’t want to spend time with their parents or relatives, there’s no harm in asking why.

Ask questions. Be the nosy aunty at the CNY gathering. Photo from CLEO Singapore

WAO suggested to us a few phone lines that either kids or concerned adults like you and me can call:

“If children in such situations have access to a phone, they can call Talian Kasih (15999) or 999 for help. Alternatively, they can go to any police station, if they are able to do so. As children may not be able to seek help by themselves, we adults must look out for them.

If you ever suspect that a child may be in danger, you can call Talian Kasih (15999) or 999 or any police station. You can make these phone calls anonymously. Alternatively, you can also lodge a police report.” – Tan Heang-Lee, Communications Officer of WAO

Even with these helplines, some kids might not want to speak up about what’s happening to them. There are a variety of reasons why a child wouldn’t speak up if they’re being sexually abused. One of the most common reasons would be that they’re afraid nobody would believe them. In the case of the girls in Johor, they had dropped out of school a few months beforehand and had no one to tell, much less believe them.

Since parents are the villains in this story, it doesn’t make sense to tell the kids who are being prostituted to turn to their parents for help. But rest assured that once their pimping ways are found out, our friends at AskLegal told us that they would most certainly face prison time, or have the child removed from their care. WAO also told us that the issue has pretty adverse effects on the kids that go through it:

“Sex trafficking can have devastating effects on children’s physical health, mental well being, and psychosocial development. They are at risk of getting sexually transmitted infections and experiencing physical violence. They may also feel betrayed by the person they had trusted and robbed of their childhood.” – Tan Heang-Lee, Communications Officer of WAO

While this issue might be a tough one, it isn’t impossible to tackle. Back to the Johor case, the only reason those girls were rescued from their predicament was because of the reports and witnesses of the people who lived in the same commercial block that they did.

Let’s be realistic lah- we live in a pretty sick world. Even prisoners think that. But for those of us who aren’t sickos, we can try to keep our eyes just a little bit more open to those around us and maybe, save a life.