So we’ve heard of a few real-life Breaking Bad stories in the past, but a similar Malaysian case popped up last week.

A 21-year-old man and his family were arrested by the police because they had turned their house in Kuantan into a syabu processing laboratory. The house was raided on Oct 26, 2014 at 1.30am after the police were tipped off, according to The Star’s article. Upstairs in a room, the ambushing police found their ‘ingredients’, half-done and finished product. Not sure if there were yellow Hazmat suits, but it’s believed that the young man is the mastermind behind this family business after he allegedly learnt to make the stuff through the Internet 2 months ago. Welp, better call Saul!

(C’mon, you saw the Breaking Bad references from a mile away.)

Anyway, what in blistering barnacles would cause a family to want to make syabu? Could your neighbour’s house possibly be a syabu-processing lab too? And what are the consequences for us all? CILISOS spoke to Tan Sri Mohd Zaman Khan, former Director of the Crime Investigation Department, Bukit Aman and Director-General of Prisons Malaysia and Khairuddin Aziz, President of the Drug Free Youth Association. 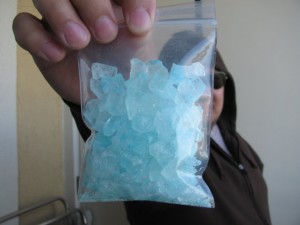 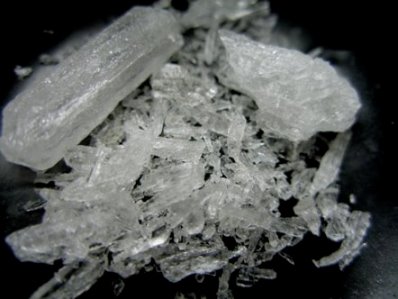 Syabu – also known as ice, speed, crystal, glass, meth or blue diamond on the streets, is the colloquial name for metamphetamine. It is not to be confused with shabu-shabu. This recreational drug works as a psychostimulant. Big word. What does it mean? It means the substance can improve a person’s mental and physical functions temporarily.

Who uses it? According to Khairuddin Aziz, President of the Drug Free Youth Association, usually workers and students take syabu. Why? “Students will take it when they need to stay up all night to study, or lorry drivers, when they have a long-distance journey,” he told CILISOS. How much do they take? “The number of shots a person can take a day depends on their ability. Sometimes once a day, sometimes twice or 3 times. We’ve met people who are able to smoke it twice a day,” he continued.

How is it made?

Did you know you can make syabu out of some of the things lying around the house? Like nail polish remover and common cold pills! A US police lieutenant demonstrates how syabu is made using 30mg cold tablets in this video – he left out key steps to prevent copycats, of course!

The ingredients seem to be very easy to obtain, right? Acetone in nail polish remover? Cold tablets and iodine from pharmacies? Anhydrous ammonia is just fertiliser, isn’t it? Battery acid from mechanic workshops? Paint thinner from tool shops? And brake cleaner from Jusco? No wonder it’s so easy to ‘start a business’!

In The Star’s report, Pahang Police Chief Senior Deputy Commissioner Datuk Seri Sharifuddin Abdul Ghani stated that the items they discovered during the raid are worth RM274,000 – enough to produce about 2.5kg syabu for the black market. The street value of 1kg of syabu is approximately RM180,000. That would mean his profit for the 2.5kg, if he had sold it, would have amounted to: 2.5kg x RM180,000 – RM274,000 (cost) = RM176,ooo!

“There was also a menu detailing the steps to produce the illegal substance, complete with a warning to not get caught by the authorities,” added Sharifuddin. *Facepalm* “That’s what our organisation is worried about. All this information is readily available online!” declared Khairuddin.

What are the effects of syabu?

There are various methods to take syabu, but smoking it is the most common and simplest way. To smoke it, all a person would need is a tiny amount of 0.1 – 0.2 grams in the glass pipe. So 2.5kg would be equivalent to smoking it 25,000 times!!!

“You burn it, it turns into smoke and you inhale it. They call it chasing the dragon.” – Khairuddin Aziz, President of the Drug Free Youth Association 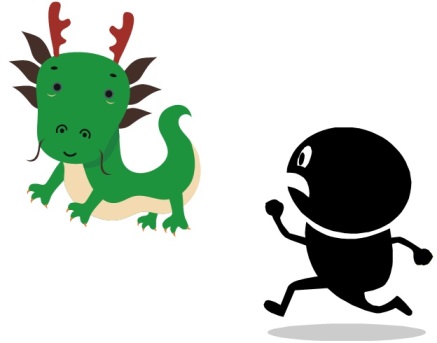 But syabu has devastating effects on the body. What else would you expect from a drug that is considered one of the Top 10 WORST homemade drugs, right? It’s highly addictive and people can quickly build a tolerance to it, therefore they require higher doses each time. The side effects include psychosis and paranoia. People can also have delusions of parasites or insects crawling under the skin which leads them to scratch themselves! Just look at the ingredients… battery acid?! That’s what someone would take if they wanted to commit suicide! 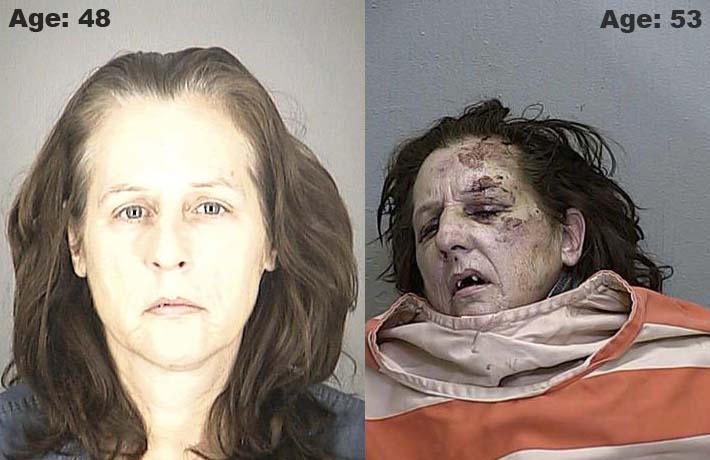 The shocking effects of meth use. Photo from cbsnews.com

Click here to see more effects on the faces of meth users. It’s bad. What’s more teruk than the consequences on drug users themselves are the consequences on their families. In these 2 worst case scenarios, a syabu addict beat his wife to death and a father slit his 7-year-old son’s throat.

We’re all for going the extra mile to follow a case, but we are so not going where Dr. Edwin Katskee went.

NAH, BACA:
If you kena death penalty in Malaysia, how likely are you to escape??

Why would anyone make and sell syabu? SDCP Sharifuddin showing some of the items that were seized from the suspects’ house in Kuantan. Image from The Star.

Khairuddin told us of one incident in Teluk Gong, Klang, where some families had turned their homes into drug processing labs. “It was a fishermen area and the people were poor. From our perspective, people are doing this because they are desperate for money. They need to support their families and daily life.”

But is it only poor or unemployed people who are doing it? Tan Sri Mohd Zaman Khan, former Director of the Crime Investigation Department, Bukit Aman and Director-General of Prisons Malaysia told CILISOS that even people who have sufficient means could become drug-makers. “Drug dealers fall into any category. Greed and easy money are why people get involved.”

So it’s not just squatter homes and low-cost houses that are turned into labs? Nope. “It’s not surprising to see people using expensive places,” remarked Tan Sri Zaman. True, this particular family lived in a double-storey house. “In fact, there was a case of Iranian syabu dealers who used 3 luxury condominiums for their operations.”

Oh snap, what if my neighbours are syabu dealers?

How will I know if my neighbours are doing it?

Well, there aren’t any obvious smells or sounds according to both our sources. But you can tell by observing their behaviour. “People begin to live lavishly after getting into the drug business. Neighbours who see a family not doing very well at first, suddenly begin to lead more expensive lifestyles will question how come they can afford a car? Or a new pair of Adidas sport shoes, for example,” Tan Sri Zaman described. Aside from their rolling in green overnight, suspicious activities like strangers coming and going, people slipping envelopes (money) under the door, etc. are tell-tale signs elaborated Khairuddin.

Is it even easy to sell drugs? Where do they find their buyers? It’s not like it’s something you’d go lelong-ing in the market surely. “Probably this young man is a user himself, so he would have his contacts – he’ll know who to sell to. Maybe he sold it in universities or colleges. There is an underground scene for it. Drug trafficking is an organised crime and didn’t happen overnight,” explained Khairuddin.

So what should we do if we suspect our neighbour is a drug trafficker?

“It’s not a sin for neighbours to report it to the police if they feel suspicious. We should. It will save our generation!” – Tan Sri Mohd Zaman Khan

What are the consequences for those who are caught? Now what will happen to the 21-year-old man and his family? According to Section 39B Dangerous Drugs Act 1952, those found to be guilty of drug trafficking will be sentenced to death by hanging. The amount of syabu that constitutes as trafficking is 50g or more. What about their Thai cook? Errr, foreigners will also face the same consequences. Tough. But the same sentence was carried out on 2 Australians for trafficking heroin in 1986.

The last resort would be to plead for clemency. This can be granted by the state Governor or the Yang di-Pertuan Agong if the crime is committed in the Federal Territories.

You’d think the heavy sentence would keep people in check, however Khairuddin pointed out that it’s not enough. “We’ve actually met some people who have said ‘sorry, we didn’t know this is wrong’.”

Whaaa? OK, this is an interesting point! We thought people would have known somewhat that drug trafficking is horribly horribly wrong! All those kempens in schools? Pendidikan Moral? Wall murals? Colouring and slogan contests? Even for foreigners, when they land the plane in Malaysia, there’s always that death penalty announcement for drug smuggling. Didn’t they used to hold art contests for anti-dadah, anti-denggi, etc.? Image from icytrus on Deviantart.

But you know what the scary thing is? Our death penalty is not putting a damper on drug trafficking. In fact, Malaysia has the third highest number of arrests for syabu in Southeast Asia. OMG, how like that? What can we do?

What can we do?

Like Tan Sri Zaman stressed, we should report our suspicions to the authorities. If we just keep quiet about it, aren’t we are in a way, helping the drug trafficking syndicates? Is there anything else we can do? Certainly! He said, “That’s why it’s important to have good social activities for children, like sports. Keep them busy so that they’re not running around getting involved in drugs.” Or through music as the Drug Free Youth Association champions. And he leaves us with another touching story…

“Drug addicts should be sent to rehabilitation centres. Some of them do want to stay away from drugs. After 2 weeks of detaining them, when its time to let them go, they don’t want to leave. They beg us not to release them because they don’t want to go back to a life of drugs.”

Can you imagine? Some of them are so insaf that even if it takes staying behind bars to keep off addiction? It is a cry for help! For the rest of us, we can do something to help former addicts.

We can volunteer to help them through rehab, maybe even make donations to centres. And when they are ready to rejoin society, we can do our best to embrace them and not push them away.