Malaysia has been building a lot of train-like things recently. First the huge MRT project in the Klang Valley, then the extension of the LRT line, then the huge project to build a high-speed railway from KL to Singapore.

But it seems our country isn’t quite satisfied yet. Just a few days ago, details of a new railway made news. That we’re now in the midst of building a new railway from Tumpat, Kelantan, to Port Klang in Selangor called the East Coast Rail Line (ECRL) Project! But what maybe even more intriguing is the cost of this whole project. According to Transport Minister Datuk Seri Liow Tiong Lai, the 600 km railway would cost a total of RM55 billion, and if you try to break it down:

But that’s not all, we’ve not mentioned who will be paying for this. From our recent budget announcement, it seems that we’re currently a country that’s been handling its money very carefully. Reuters referred to our recent budget as “prudent”. It also seems that we’ve even been using Government Linked Companies to do a lot of our infrastructure building for us.

Wait, why are we building such a strange railway?

Some of you may have seen the path of the railway and thought that it was really strange looking (our editor sure did). Which is fair right? Why is the railway going from Kelantan, to Terengganu, then suddenly cut across Pahang and into Selangor?

Well there is actually a reason, and that is because of another huge project called the East Coast Economic Region (ECER). The ECER is actually an initiative to develop the economy of the east coast to balance it out with other parts of the country (cos at the moment the western states like Selangor are the ones with the big economies) by developing a particular area into an economic zone ( for industries like oil, gas, manufacturing, tourism, agriculture, and education). And with all the news about China involving themselves in our country so much, one would assume that China actually had a big part to play in our gomen deciding to start this EREC, but it doesn’t seem that way because this project was actually started during the time of Tun Abdullah Badawi.

So before you get confused between the two, a recap:

But despite being a project from Pak Lah’s time, it seems that once again, a certain country has come in and offered up its services to Malaysia.

We’re gonna build the new railway with the help of….China!

The ECRL Project will be headed by a China gomen-owned company, the China Construction Communications Company (CCCC, yes that’s the name of the company). But their involvement doesn’t stop there. Since we’re being very careful with our money at the moment, we’re getting all RM55 billion from China! Still, nothing is free in life. We’re getting this money in the form of a soft loan, which is basically a loan with a very favourable interest rate. Often given by one country to a less developed one.

According to our Transport Minister once again, the 20-year loan we’re taking from China has a very good interest rate (no one mentions how much the interest rate is except for Sarawak Report who says it’s at 2%).

“And in the first seven years Malaysia will not have to pay anything – interest and repayment.” – Transport Minister, Datuk Seri Liow Tiong Lai, as quoted by The Star

It sounds a little strange, but from what we can understand, he means to say that we only need to start paying anything in 2023. So this may actually be a good thing right? Maybe, but the project is not without criticism. Because sadly, a very familiar name has also been linked to this project.

This project is allegedly to save 1MDB as well

(In)Famous website, Sarawak Report once again has mysteriously been able to dig out some alleged dirt on yet another Malaysian-related topic, and this time they say that part of the cost of the ECRL project is allegedly to pay off of 1MDB’s debts! They published this article a few months before the announcement of the price of the ECRL project, and their estimate is only RM5 billion short of the price that was actually announced!

Sarawak Report also produced alleged pictures of the ECRL document between China and Malaysia, and they point out that when you look at the alleged costs, there is one cost that seems really strange. That one thing called “Additional Differential” alone doubles the cost of the whole project. The article doesn’t explain what this “Additional Differential” is, but its alleged that it’s gonna be used to pay off our remaining 1MDB debt. And just to clarify, if that were true, that means that it will allegedly be the Malaysian taxpayers who will be paying at the end of the day.

At CILISOS we don’t consider Sarawak Report to be 100% reliable because we never know their sources, but because of their track record, there is reason to believe that they have at least some credibility.

Some of the costs are crazyyyy, but the article does mention that there are many factors that affect the price like underground tunneling and construction in urban areas. The New York one was only a 2km plus extension to an existing line but because it was in a dense urban area, it’s total cost was said to be USD8.4 billion! Construction of the East Side Access. Imagine how much digging they have to do while making sure New York doesn’t collapse on them. Image from doobybrain.com

And with these in mind, it would make sense for the railway to cost RM91 million per km (USD21 million per km) because it’s been reported that the rail may go through Banjaran Titiwangsa (a long mountain range known as the “backbone of Semenanjung Malaysia”) itself. Still, why would China not only give us so much money but a very good loan? Well it looks like this is just part of a bigger picture because…..

In the last 6 days, China has been going all out to win Malaysia’s heart!

This definitely isn’t the first time China has been involved in some high profile deals. They’ve done us huge favours and even included us in their plan for world connectivity. But in the last 6 days, we’ve gone from being just close friends to lovers. The announcement that they were giving us a loan was only one of a few China-related things that have happened in Malaysia in the past few days like:

And since our PM is only on his 3rd day there in China, there may even be more to come! But why are we suddenly so in love with China? Well, in our previous article we mentioned that both China and the US had been trying their best to tackle us. 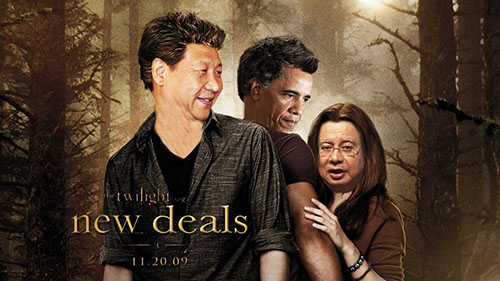 Click on the hideous picture to read the article!

But almost a year on, it seems that China has totally wooed the heart of Malaysia with these deals and also this subtle comment by Najib telling the West to erm….mind their own business.

“More generally, we believe it is incumbent upon larger countries to treat smaller ones fairly. And this includes former colonial powers. It is not for them to lecture countries they once exploited on how to conduct their own internal affairs today.”  – PM Najib, in an article published on chinadaily.com

Which almost sounds as if Malaysia has just declared that their one true love is none other than China.

But the thing about rich guys is that sometimes they have too much to just spend on one girl. China has been investing tons of money in not just countries, but whole regions. 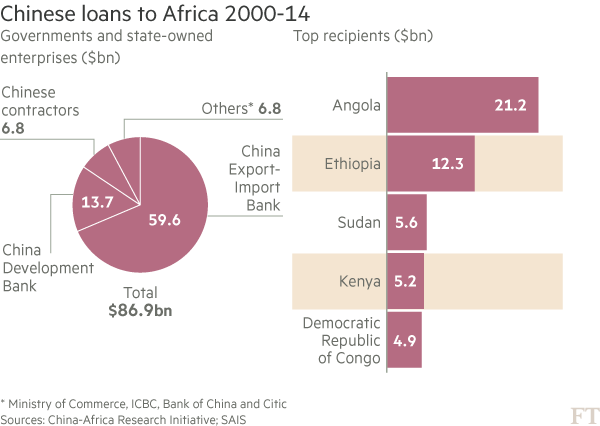 If Malaysia were on that list, we would be 2nd. Then again, these are figures from 2014, it may be higher now. Image from ft.com

Zimbabwe has even made the Chinese Yuan their official currency after China decided to cancel USD 40 million of their debts just. like. that.

And they’ve been giving so much that even those who didn’t like them very much at first have warmed up to them. Philippines President, Rodrigo Duterte recently announced that they would separate with long-time partner, USA, in favour of China.

We don’t think we can cover everything China has done, but if you want to see just how much they’ve been investing globally, this article provides some mindblowing infographics to explain how China is expanding their influence.

Is it a good thing that we’re so in love with the upcoming star of the world?

There are advantages to having China invest in us so much. After a combination of factors last year like dropping oil prices, the economy slowing down in general, and of course the 1MDB scandal, we did look like we weren’t doing so well (evident in just how much our Ringgit dropped). This was from last year. Image from businesstimes.com.sg

And China’s involvement has may have actually helped our country….a lot.

“Like it or not, China has played a positive role in brightening up our economy this year and possibly in the future. They have started buying our bonds and they are planning more investments into Malaysia.” – International Trade and Industry (MITI) Minister II, Datuk Seri Ong Ka Chuan, as quoted by The Star 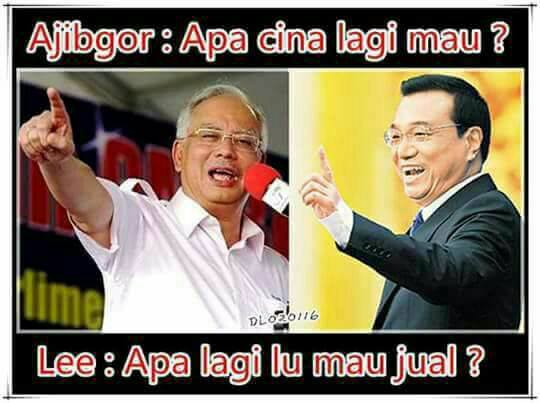 But while that may be a good thing, many others have brought up concerns about us getting too close, like how we may be selling our future away to them, or the danger of dealing with a country which will deal with any country, regardless of their background.

“China doesn’t pass judgement on who they deal with, regardless of whether it’s a rogue nation like North Korea or a Western counterpart like United States. China’s investments for influence policy reaches out far and wide to third world countries all around the world, especially in Africa, like Nigeria, Sudan and Angola.” – DAP’s Tony Pua, as quoted by The Edge Markets

Even in the case of the ECRL, we’ve already seen allegations that China agreed to include costs that would clear 1MDB’s debt. We don’t know if these are true, but if they are, it is scary that we are dealing with a country that would stop at nothing to get what it wants, and we seem to be gladly giving it to them.

Share this article:
NAH, BACA:
Actually ah, why are Malaysians not allowed to travel to Israel?