Ethnic Relations, or Hubungan Etnik, is a compulsory subject that all Malaysian university students have to take, meant to explore “the development of ethnic relations from the political, economic, social and religious aspects” within the country. The objective was to raise awareness of ethnic issues and facilitate healthy interactions among different ethnic groups.

If we were to put the objective of Ethnic Relations in a picture, it’s this: Or, as we know it, one of the two subjects in BM that we have to slog through in university just so we can graduate.

Or, if you’ve been reading the news at the end of the last decade (hehe), that one university subject that came under fire when UniMAP distributed an Ethnic Relations exam paper with a question that viewed Zakir Naik, a controversial religious preacher, as an “icon”. One does wonder how Ethnic Relations started with an objective with good intentions, and somehow went to calling Zakir Naik an icon.

But whether or not Zakir Naik deserved a mention is entirely up to you. The better question is who decided how we should interact among races? Who came up with the idea of making it a university subject? Do we even know why it’s compulsory for university students to study it?

Well, Cilisos managed to get in touch with Prof. Dr. Mansor Mohd Noor to get some answers about the origins of the Ethnic Relations subject.

It all started in 2006, when Badawi was still in charge 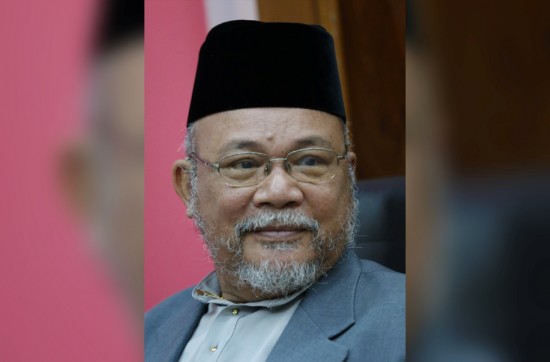 One thing Mansor shared with us was that it actually wasn’t all sunshine and daisies back when the subject was first introduced in 2006, when former Higher Education Minister Mustapa Mohamed announced Ethnic Relations as a new mandatory subject for all public university students, even though things with the subject are kind of smooth sailing now. According to Mansor,  Mustapa apparently wanted to implement the subject because they’d noticed how little Malaysians understand about the development of ethnic relations in the country.

“There was a need to understand the changes that have happened between ethnic groups to open civic space, instilling values of openness and celebrating similarities.” – Mansor, in an interview with Cilisos

But Mustapa and his ministry eventually got into hot water for the new subject.

Maybe introducing Ethnic Relations was kind of a hasty decision, maybe not, we don’t really know. But apparently, two lecturers from UPM had to hastily compile an Ethnic Relations guidebook, based on available archives and materials, to accommodate the government’s decision in introducing the subject within the same year.

Eventually, the results of the rush job became evident when the same guidebook soon went public and drew massive criticism from a lot of people in 2006. Mansor said that, apparently, UPM’s Ethnic Relations guidebook was found to be a little too ethno-centric. Some said it read more like a Barisan Nasional (BN) propaganda than a subject meant to foster better ethnic relations. On top of that, there were also alleged racist overtones in the guidebook when referencing ethnic conflicts.

“Some parts of the textbook are just political indoctrination, propaganda, and even statements with elements of defamation.” – SUARAM coordinator Chang Li Kang, as quoted by Malaysiakini

As a result of the backlash, Badawi subsequently announced the withdrawal of the controversial guidebook. But the government didn’t give up on the subject…

They had to restart from scratch…

Yep, instead of just giving up, Mustapa put together a drafting committee that Mansor was a part of, with Prof. Dr. Shamsul Amri Baharuddin at the helm, to revise an Ethnic Relations module that can be used as a standard textbook for all public universities.

The objective for the subject was still the same as previously, but the contents would be different from the much-criticized UPM’s guidebook. Mustapa claimed the Ethnic Relations module by the committee would focus on racial unity and finding common ground between races instead.

Mansor told us that the committee only managed to complete and publish the module in 2007, a year after it was put together.

To start with, the committee designed the module to be more culture oriented rather than race, according to Mansor. This is because they noticed that the different ethnic groups in Malaysia have a tendency to cross boundaries and share cultural values together, so they made that the core of the Ethnic Relations module.

While compiling the Ethnic Relations module, the committee saw the need for students to get to know Malaysia’s change from a Malay-centric perspective in the past to the more diverse perspectives that we see now.

“Yes, during the colonial times, we were all segregated and exclusive. But with development and good governance, you can see that segregation has diminished and we have all come together. Take housing, for example, you cannot choose your neighbors. That’s the same thing with our cultural values now. Not all Malays agree with PAS, and not all Chinese agree with DAP.” – Mansor

With these goals in mind, the committee spent a significant amount of time on compiling and editing the module, which received “exceptional attention” from the Cabinet. Every draft was sent to the Cabinet for review, which was done at least three times, and then a few more times to the Ministry of Higher Education. In the end, the drafting committee had to reduce 350-page draft to 150 pages.

“The module offered the right concepts and theories to understand and explain the changing ethnic relations. From differences between ethnic groups to sharing of similarities, from racial conflicts to social cohesion.” – Mansor

It was only after the many reviews that the Ministry of Higher Education finally published and distributed the first edition of the Ethnic Relations module to all public universities in July 2007 as textbooks. They also learned from previous criticism about UPM’s guidebook, equipping this module with data from previous researches that committee members had done so the contents won’t be easily disputed.

But that’s not all, because…

The thing is, the committee realized there was a limitation to the first edition as ethnic relations is ever-changing due to shifting cultural and economic dynamics within the country, it was concluded that a single module from years back wasn’t going to cut it as Malaysia moves forward. So the drafting committee came together again to make some upgrades to the existing Ethnic Relations module in 2012.

“We noticed there was tremendous room to develop more harmonious relationships between different ethnicities, due to cultural shifts that had taken place. That’s why we wanted to include those changes and the potential for the country to further develop peaceful relationships among the people in the second edition.” – Mansor

Next thing we know, the second edition of the Ethnic Relations module emerged in 2012, an edition that Shamsul regarded as a “living document” that has to be updated from time to time because ethnic relations itself is a work in progress. The concept of social cohesion is important in the second edition, with the objective of “[providing] students with a better understanding of ethnic relations from both the historical and contemporary perspectives“. It’s divided into ten chapters that cover topics on the background of Malaysia’s diverse society, as well as historical and current issues related to the Malaysian landscape.

“The course looks into how all aspects of life — politics, law, economics, religion and education — play an important role in establishing a harmonious ethnic relationship.” – UPM senior lecturer Mohd Mahadee Ismail, as quoted by NST

And until today, both public and private universities have been using the second edition of the module to teach Ethnic Relations without any problems. Since Shamsul took the reins of compiling and editing the Ethnic Relations module with the drafting committee, no troubles seemed to have arisen since then, except for the controversial Zakir Naik question. See, although module itself is standardized, universities have the liberty of coming up with the exam questions.

Okay, but since Shamsul did regard the second edition as a module that has to be updated from time to time, does that mean that…

They will be updating the Ethnic Relations module…again?

For now, Mansor said that all universities are still teaching Ethnic Relations with the second edition of the module. And in his opinion, the subject has, so far, successfully helped in improving the relationships between different ethnic groups and allowing the students to further understand the development of ethnic relations in Malaysia.

By the time we were ready to wrap up our interview, we decided to address the elephant in the room: what is the future for Ethnic Relations?

And then Mansor dropped a bombshell on us.

If you’ve been following the news around September last year, you might have noticed something about our former Education Minister Maszlee Malik planning on introducing two new compulsory subjects as a part of the General Studies curriculum in public universities: Kursus Falsafah dan Isu Semasa and Kursus Penghayatan Etika dan Peradaban. Mansor told us that these two subjects were meant to replace Ethnic Relations and TITAS in public universities, except the plan was never publicly announced. And the drafting committee for the Ethnic Relations module was apparently tasked with developing another module for one of the subjects.

However, the committee is now unsure as to whether the plan to do away with Ethnic Relations and TITAS will continue, now that Maszlee abruptly resigned. The only thing they can do now is wait for a new Education Minister to be appointed, just like all of us.

But do keep in mind that this is just speculation based on Mansor’s words. We don’t actually know anything yet until the Ministry of Education makes an announcement, so take his word with a tiny pinch of MSG laa k.