Over the weekend, a not-so-silent war happened online, with people voicing out why they hate or love Maszlee as Education Minister. People not in favor of Maszlee drew up a petition to NOT give Maszlee the position, asking Mahathir to keep the post. This prompted another group to create a petition of their own that supports Maszlee as Education Minister. Whether or not petitions ever made a difference is up for debate. Img from Political Memes.

While some may think that this is because Mahathir had more experience (he was Minister of Education between 1974-1978) compared to Maszlee who seemingly popped out of the blue, perhaps a more prominent reason for the disagreement would be…

Maszlee had allegedly defended Zakir Naik in the past WhatsApp messages can carry a lot of weight, so think before you share.

For those of you who don’t know, Zakir Naik is a Muslim Indian preacher who was known in his home country for “promoting enmity and hatred between different religious groups” and inspiring extremist acts of terrorism through his speeches. Although to be fair, he was actually known as a moderate Muslim preacher, until he made the infamous comments about Osama bin Laden.

“He has been called an “authority on comparative religion”, “perhaps the most influential Salafi ideologue in India”, “the rock star of tele-evangelism and a proponent of modern Islam” and “the world’s leading Salafi evangelist”. Unlike many Islamic preachers, his lectures are colloquial, given in English, not Urdu or Arabic,[21] and he usually wears a suit and tie.” – Wikipedia

With netizens accusing Mazlee of defending Zakir Naik in the past, he had since admitted to that, but only Zakir’s freedom of speech and not any of his alleged hate preach (kinda like hate speech, but… nevermind).

“When it comes to this issue, I disagree with some of the things that have been preached by Zakir Naik, and unfortunately this was not mentioned by those who accused me, even though this part is in my (previous media) statement. (I support Zakir’s freedom of speech) as long as he does not commit any offence or commit any crimes. If he incites hatred and whatnot, I will not condone it. The same applies to all other preachers.” – Dr. Maszlee Malik, to MalaysiaKini.

Ong Kian Ming, Bangi’s MP, had spoke up against these allegations as well, pointing out an excerpt from the Muslim Professional Forum (of which Maszlee was a co-author) that they have never agreed to Zakir Naik’s approach to spreading Islam, which they described as ‘combative’.

“The MPF has stood on the sidelines since Zakir Naik’s early presence in Malaysia because we do not subscribe to his dialectical and combative approach, overbearing Islam over others, conscious or unconsciously proselytising, oftentimes oblivious of the local context and demography,” – Excerpt from the MPF, as quoted by Ong Kian Ming, for The Star. Dr Maszlee Malik had been known to champion free speech. Img from Says.

He had been accused of being an Islamist as well, but Maszlee had commented that him being religious is not a crime, and that people can’t punish others for being (or not being) religious. He asked the critics to respect his, and anyone else’s choice to be religious (or not religious).

“(What they have said about me) sounds very Islamophobic. I am very against phobia against Christians, Buddhists, Chinese and Malays, the same way that I am also against Islamophobia,” – Maszlee Malik, to MalaysiaKini.

So no, he did not support Zakir’s way of preaching, and yes, he admits to being a religious man. However…

Maszlee religiosity may have been the reason for the rumors “Boiiii! You betta not be spreading fake news!”. Img from the Malay Mail.

Critics have been concerned about his leanings to Salafist Islam, which is a version of Islam similar to the one being practiced in Saudi Arabia, associated with extreme conservativeness and controversial laws. He was also known to have a close association with the Perlis mufti, who had slammed the practice of Shia Islam, which is considered ‘deviant’ to local Sunni Muslim authorities. Some had learned to live together, despite the differences. Img from BBC.

In line with that, Maszlee himself was claimed to have made a few statements in the past against non-Sunni Muslims (Sunni being the version practiced in Malaysia), which is a-OK because it matches the stand of Malaysia’s Islamic authorities.

This is perhaps why rumors of his alleged support of controversial Indian televangelist Zakir Naik, had spread so quickly. Zakir had been banned in some countries, but he found a welcoming home in Malaysia.

These allegations have inspired a fear in the people, so perhaps it’s not surprising that a video circulated on WhatsApp over the weekend purportedly showing Maszlee giving a hate speech filled with racial slurs got viral (spoilers: bamboozled. Is actually a preacher called Ustaz Kazim Elias). For the record, the two look nothing alike, but people were scared for a reason. This is the guy who’s supposed to shape the young, pliable minds of our children after all.

But as Maszlee had himself clarified, we should have no reason to worry… or should we?

Fake news can be quite damaging, but can Maszlee really be a Minister?

To be fair, as evidenced by MalaysiaKini’s collection of comments, being an Islamist wasn’t the only reason people are unhappy with Maszlee’s appointment: some felt that a newbie like Maszlee (he only entered the political scene in March this year) should not get a speedy promotion to a minister, as there are many other, more experienced veterans in PH.

“Judge me based on my achievements, what I have done and my contribution to society, rather than lies that have been spread by a small group of people who live with prejudice towards others,” – Maszlee Malik, to MalaysiaKini.

Fake news aside, if we take out the factors of Maszlee being a religious man who actively participated in issues related to the Middle East and his defense of free speech, who is Maszlee, really? For one thing, according to Ong Kian Ming, Maszlee knows a thing or two about issues related to governance and administration. Also, being a lecturer until the recent past, he probably knows how education works. 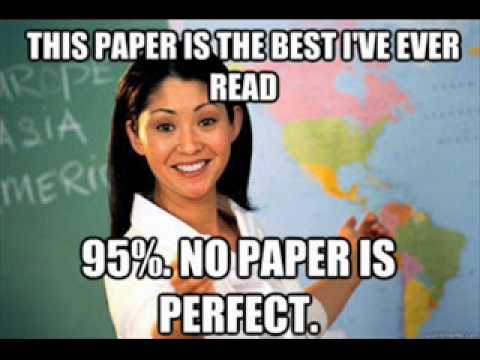 The system had always been a head-scratcher for some. Img from JesseEdgar’s YouTube.

In his recent speeches, Maszlee has planned a few ideas to implement already, like reducing the burden of clerical work for the teachers and shifting the focus of the system from rankings and grades.

“When allocations are slashed and we are burdened with chasing after rankings, doing business and others, we are distracted from our core tasks as educators. For teachers and students, the process of learning and teaching are no longer as fun and joyful as before,” – Maszlee Malik, to The Star.

So from that we can tell that he at least had some idea of what he’s doing. As for concerns on his Islamic ideals influencing the education system, in an pre-GE14 interview he had stated that political control is a barrier to the education system, and for the system to succeed both educators and students must be granted autonomy. Whether Dr. Maszlee will practice what he preached will remain to be seen, but in the meantime, as Lim Kit Siang had put it…

“There have been criticisms of Dr. Maszlee as the Education Minister, but let us give the 44-year-old academician the chance to prove his suitability,” – Lim Kit Siang, as reported by The Star.

After all, as proven by the last GE, Malaysian governments can change.