Another week, another… by-election? Well okay, yall probably have heard by now that a certain Anwar Ibrahim has returned to the Dewan Rakyat thru the Port Dickson by-election. It’s the 33rd time now that we’ve gone thru a by-election since GE12 in 2008, with Anwar being the third most common reason for having a by-election, behind cancer and heart attacks. Anwar during the 2008 Permatang Pauh by election. Image from Wikipedia

Yep, as it turns out, while cancer and heart attacks have caused the death of MPs and assemblymen nine and eight times respectively, Anwar has caused four by-elections in the past ten years – Permatang Pauh in 2008, Kajang in 2014, Permatang Pauh again in 2015 (cos he had to go to jail for Sodomy 2.0) and now Port Dickson. 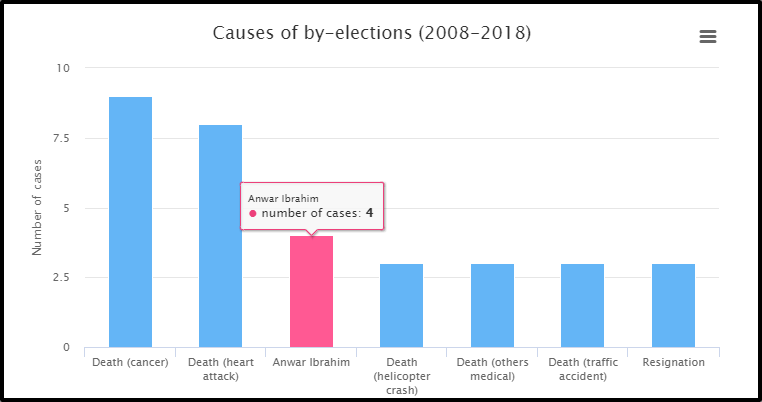 With Malaysia having such a high amount of by-elections in recent years, that got us thinking: How do by-elections actually work? Like, what does the law have to say about by-elections? And perhaps more importantly in these trying times…

How much do these by-elections cost the taxpayer?

Yep, you read that right – the Election Commission allocated a whopping RM3.6 million for the Port Dickson by-election. That’s almost as if every Malaysian paid 10 cents (whether you like it or not) to see Anwar, Saiful and others battle it out in PD.

The Election Commission team after getting the money for the PD by-election.

The main reason for the high costs according to the EC deputy chairman Othman Mahmood is that the Port Dickson seat and subsequent by-election covered a really large area with five state seats under it. Of course, just cos something has been allocated that much money doesn’t mean it’ll use it all laa.

“The budget is huge as compared to the previous by-elections as there are five legislative state assemblies under this area… it’s a huge area. The budget is just an estimate but it won’t likely reach RM3.6 million,” – Othman Mahmood, EC deputy chairman, as quoted by Malaysiakini

But to be fair, the three by-elections we mentioned earlier – Sungai Kandis, Balakong and Seri Setia – were only state seats. The Port Dickson seat however is a federal Dewan Rakyat parliamentary seat, and like Othman said is a bigger area too. However, with over 30 by-elections since 2008, that’s still quite a lot of taxpayer money being put aside for by-election after by-election. 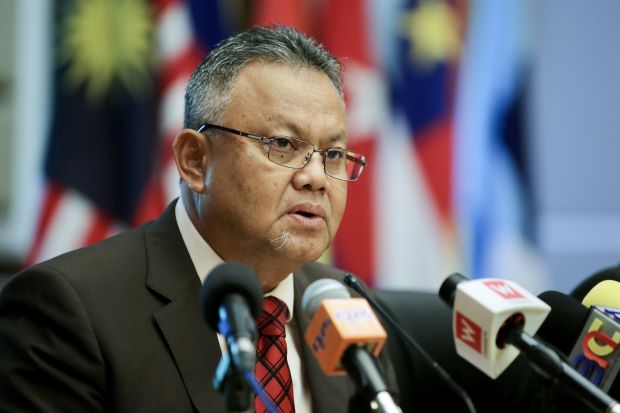 Othman Mahmood in a not too happy mood. Image from The Star

And in a time where our govt is telling us to brace for spending cuts, new taxes and public infrastructure projects downsized or dropped altogether, many are asking if holding a by-election for the sake of a man who wants to get into office is worth the money.

“That was the reason the Pakatan Harapan government had set up Tabung Harapan on June 2, to collect donations from the rakyat. How good would it be if the RM3.6 million allocation was channelled into Tabung Harapan, and there was no need to hold another by-election,” – Nasrudin Hassan, PAS info chief, as quoted by Malaysiakini

Costs aside, was it even legal in the first place for someone to resign for someone else to be MP?

From what we’ve found, there seems to be three main pieces of legislation covering elections in general (that by nature also cover by-elections):

For the sake of this article tho, we’re only going to look at the relevant pieces of law that dictate how by-elections come about in the first place, starting with the Federal Constitution. The big book of laws state that whenever a ‘casual vacancy’ happens in the Dewan Rakyat, that empty spot needs to be filled in 60 days from when the vacancy happened. If however this vacancy happens with less that two years to go til the next elections, then no need. Unless the majority of the ruling party is affected by the vacancy, then need.

That’s… a lot of vacancies….

The casual vacancy in the Dewan Rakyat isn’t just cos of death too. The Federal Constitution does state that any MP can resign thru the Speaker. While in more recent years resignation of an MP usually links back to Anwar, in the 1980s, a bunch of UMNO MPs actually resigned to protest against then party leaders. As a result of the mass protest, an amendment in 1990 means any MP who resigns cannot become an MP again for the next five years.

Other ways a casual vacancy can occur according to the Federal Constitution is thru disqualification of an MP if said MP is bankrupt, mentally ill, or convicted of criminal charges. There is also the possibility of the High Court ruling your election results null, such as the time where Tengku Razaleigh’s successful bid to become Gua Musang MP got challenged in court, and he ended up losing, causing another vacancy in parliament. The super rare way of a vacancy happening tho is when the whole Dewan Rakyat don’t like you and decide to literally expel you out of parliament for contempt.

We know all that legal speak can be quite boring, so here’s a GIF of a cat.

The Elections Offences Act 1954 also has multiple stipulations that may lead to needing a by-election to fill a hole in Parliament. The general rule here is no hate speech, hostility, corruption, illegal practices and other offences that can be made during election season and voting day itself. Violate the act, and your seat – even if you won – will be deemed void. You can read more about the legal aspect of by-elections over at AskLegal.

So that’s basically the gist of how by-elections even occur in the first place. But of course, while it may be fine in the real courts, but what about in the court of public opinion?

It may be okay legally, but some are saying it’s unethical

So we found out from our friends at AskLegal that the trend of Malaysians standing in an empty parking spot as a way to ‘book’ the place for their friend/spouse/cat is actually illegal. Now picture the same thing, except this time for a seat in the Dewan Rakyat…. Hmmm, not that great of a picture right? As we’ve mentioned earlier, it’s technically okay and not unconstitutional, because realistically we can’t stop MPs from resigning. But many are worried that it’s unethical and is even to a certain extent possibly cronyism, according to professor Shad Saleem Faruqi.

“Although it’s allowed, it’s a breach of trust of the voters, a waste of public funds and an unnecessary burden on the election commission and on the voters. It’s unethical to subject the entire election process to the personal ambitions of a particular person or to the political designs of a political party,” – Shad Saleem Faruqi, law professor, as quoted by The Star

And what about the voters? Port Dickson has a strong base made of ex-army men, and voted in now former MP Danyal Balagopal during GE14, who himself is an army veteran. Part of his success was down to his history in the army and links with the National Patriots Association, who even helped him campaign and donated funds to Danyal when he was announced as Pakatan’s Port Dickson candidate. The group were certainly not happy with his decision to resign for Anwar.

“We are disappointed with his resignation… What disappointed the veterans even more is that quite a number had donated to his campaign fund when Danyal was announced as the candidate for the Port Dickson seat… Having won the seat in a hard fought battle and then giving it up is ridiculous,” – Datuk Mohamad Arshad, National Patriots Association president, as quoted by The Star 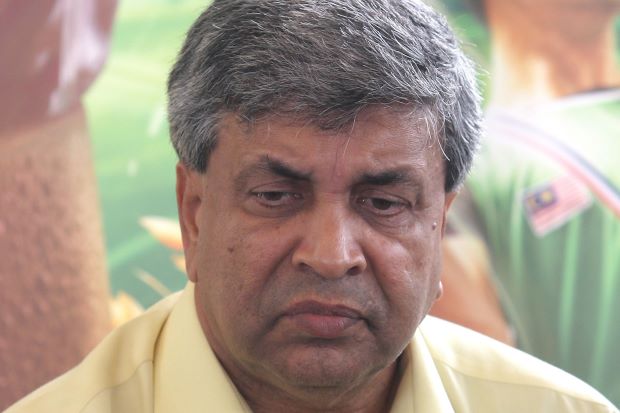 Danyal Balagopal. Image from The Star

This is on top of the huge possibility of a low turnout, which is what happened in the earlier by-election in Sungai Kandis. Voter fatigue, especially with GE14 still so fresh in memory meant that it was one of the worst turnouts in the past decade for a by-election in Malaysia. In fact, we even wrote an article about the numerous things that could go wrong for Anwar in Port Dickson.

[UPDATE 15/10/2018]: There actually was a pretty low turnout at Port Dickson. Despite Anwar winning big at the by-election, there was only a voter turnout of only 58.25%, which is kinda paltry compared to the 82% that came out at the recent GE14. Anyway, original article continued below.

If you’re one of those who don’t like by-elections for all the cons that come with it, then keep your hopes up, as….

By-elections could soon become a thing of the past

The Election Reform Committee was recently set up, with 15 goals for it to achieve. One of them is the possibility of a complete revamp of our current electoral system to make it into a proportional representation system.

Currently, the way things work is that there’s 222 seats, and whoever gets the most seats win. However, there have been times where a party may win with more seats, but less of the popular vote. On the table right now for the Election Reform Committee is to look into the possibility of rewarding parties who get a significant enough share of the popular vote. Didn’t win any seats in the Dewan Rakyat but got 10% of the votes? You may still end up with 10% of the seats in Parliament.

A side effect of changing to this system? No more by-elections.

“Under our existing system, there’s nothing much we can do. If we want to cut out by-elections, we need to look at other systems like the proportional representation system,” – Yap Swee Seng, Bersih executive director, as quoted by The Star

So it’s not by-election, it’s bye-bye election…. We’ll show ourselves out.

Regardless of what happens to the whole concept of by-elections tho, one thing’s for certain: many of us probably did have our eyes glued to our Facebook feeds, awaiting the results of the Port Dickson by-election, which at least tells us how important by-elections are for now.